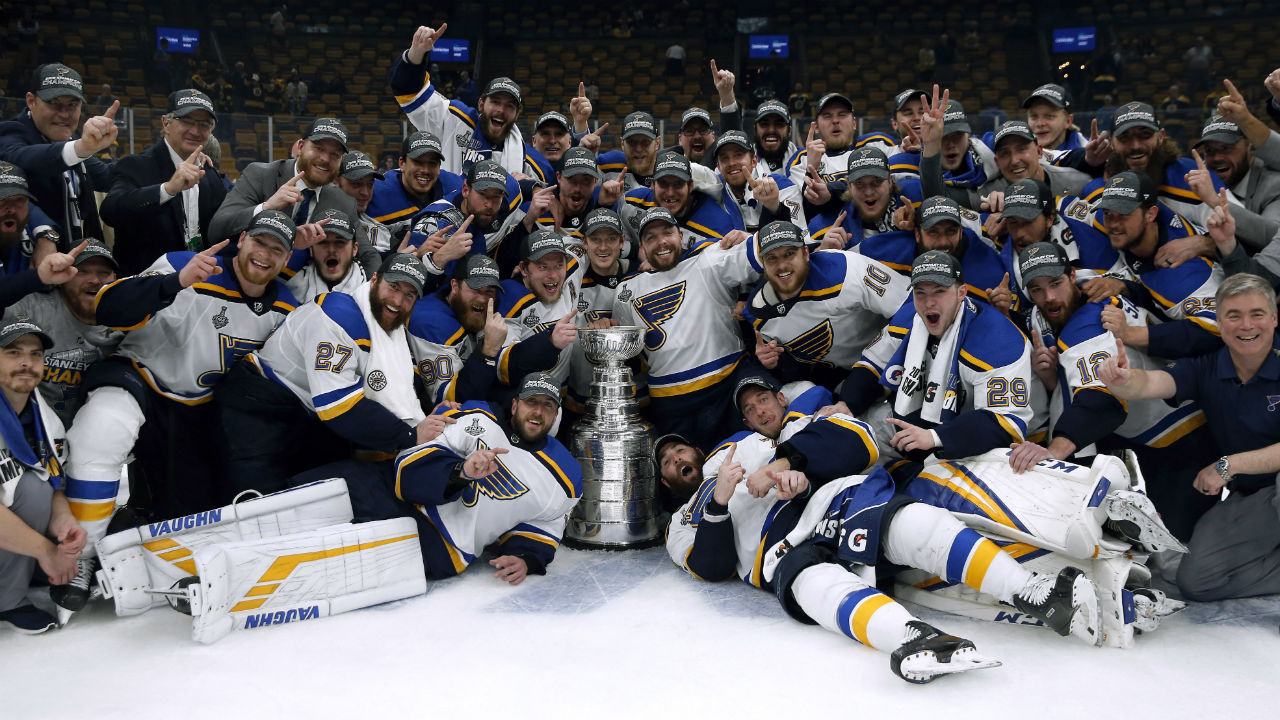 GRIT: THE SURPRISING SECRET TO SUCCESS

In the immortal words of Mike Tyson, “Everybody has a plan until you get punched in the face!”

Disappointments truly hurt. You bet they do. They sure don’t make you happy. But what does make you happy is the grit to rise strong and press on. Just ask the 2019 Stanley Cup Champions, St Louis Blues and their biggest fan Laila Anderson.

In January 2019 the St Louis Blues were the worst team in the NHL. On June 12th they had a shot a storybook ending by going from worst to first. The Blues lost Game #6 before their home crowd just 2 days before. Now they were in the Boston Bruins’ rink where Hockey Night in Canada’s Don Cherry predicted a sure win for the Bruins.

But they had a secret weapon.

Enter Laila Anderson. 11-year-old Laila was diagnosed with Hemophagocytic Lymphohistiocystosis, or HLH, a rare immune disorder that required her to undergo chemotherapy and a bone marrow transplant in January. The Blues and Laila faced their worst and bonded.

They shared a secret weapon.

When the Blues shocked the Bruins, Laila was on the ice kissing the Stanley Cup with her boys.  The Blue’s coach Craig Berube attributed their championship run to resilience.

Call it resilience, grit, or a never-say-die attitude, championship success and happiness are built on it.

* sweat, not swagger.
* character, not charisma.
* perseverance, passion and pluck.

And grit plays a surprising role in success.

Linda Thaler and Robin Koval in Grit to Great bring grit to a whole new level of greatness.

The Greatness Of Grit

Grit is described as:

the result of a hard fought struggle.
a willingness to take risks.
a strong sense of determination.
working relentlessly towards a goal.
taking challenges in stride.
having the passion and perseverance to accomplish difficult things.
a methodical stick-to-itiveness. 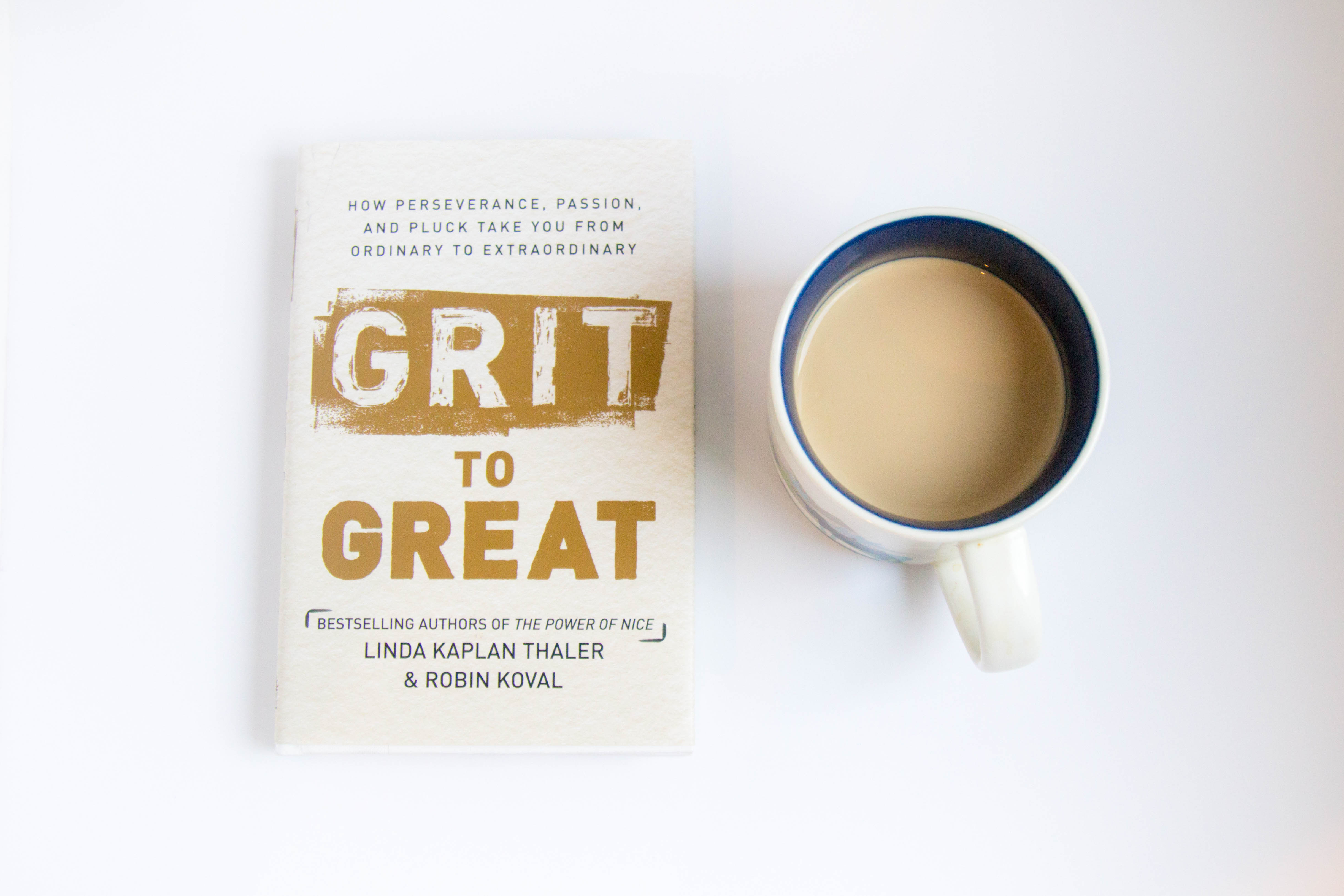 Guts
Guts is about putting yourself out there even if victory appears to be no where in sight. Its the courage to not quit in the face of adversity.

Resilience
Resilience is what gives grit its elasticity. Its what makes you follow opportunity to the ends of the earth.

Initiative
Initiative is about being a self-starter.

Tenacity
Tenacity is the relentless ability to stay focused on a goal.

The Key to Happiness

Current research on grit suggests that the ability to work hard, endure struggle, fail, and try again may be the key to determining long-term happiness.

Grit means maintaining the hope and vision to change even under the most challenging circumstances.

Will power only works for a short time. Changing behaviors that tempt us on a daily basis requires an enormous amount of energy – energy that gets depleted as the day wears on. A better strategy is to create a new behavior and repeat it over and over until it becomes an automatic, subconscious response.

For example, instead of being tempted to text a friend while you are driving. get into the habit of throwing your phone into the backseat when you get into the car so that there is no way to reach it.

And that hot fudge sundae that kid is scarfing down in the restaurant booth next to you? Don’t fight the urge to dig your spoon into it. Instead, visualize an army of ants climbing into the bowl.

An excuse a day makes the goals go away. The next time you make an excuse for something you did badly, turn the excuse into a question. Ask, what could I have done differently? Make a note of it. Then commit to doing it differently the next time.

A thirty second pause can be enough to counter negative impulses from steering you down the wrong path – whether its doing something you shouldn’t (like eating a second helping of pie) or preventing you from what you should be doing (such as practicing the violin). When you feel the urge to indulge in a guilty pleasure, pause.

When you’ve had a disastrous day, give yourself a break in order to gain a fresh perspective on a problem of the muster enough strength to fix it. Take time to pray over the situation.

And, sometimes, of course, you just need to go to bed. Sleep has a restorative function, washing toxins from the brain and improving reasoning, problem solving and attention to detail.

One key to self-control is as simple as cultivating gratitude. Thinking about what you have puts you in a positive mood which in turns positions you for better choices. Negative, ungrateful moods make you more impulsive.

Get your copy of Grit to Great at Amazon.ca

In what area of your life do you want to develop more grit? Please leave a comment below