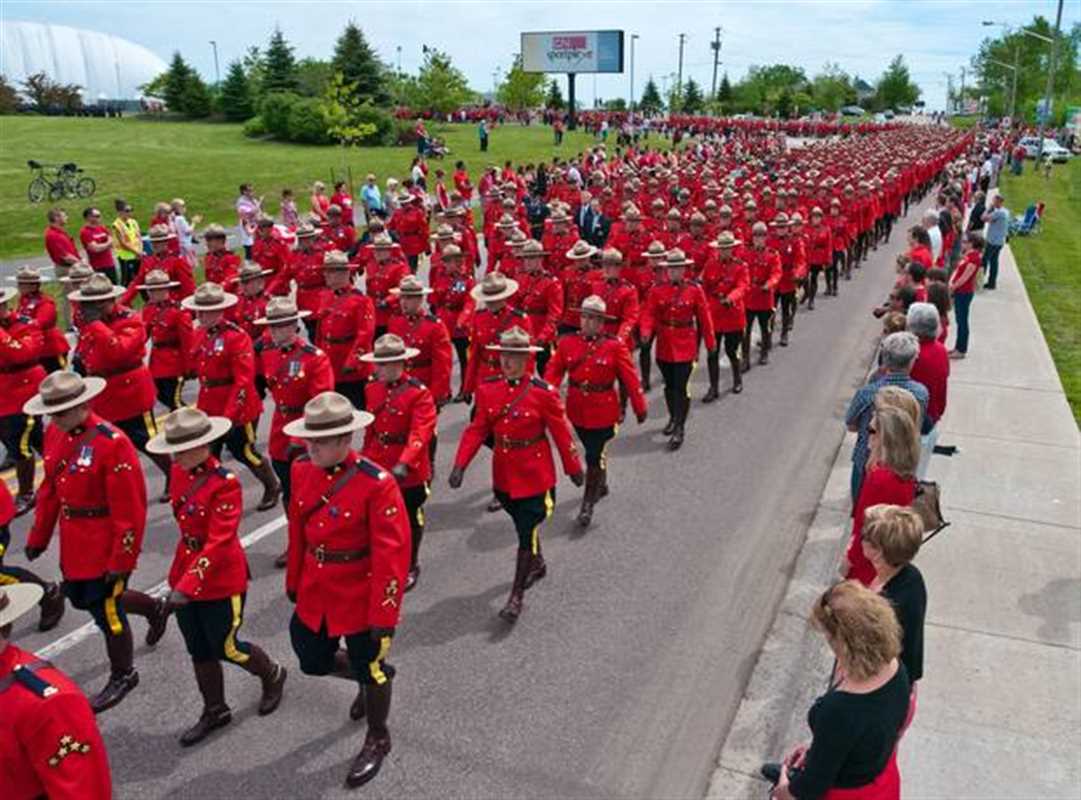 In my shoe-shine box there is a tin of Kiwi Parade Gloss shoe polish.

I pop the lid off from time to time and swirl up polish on a piece of flannel blanket, often prior to weddings and funerals.

Parade gloss is special. It imparts a glossy shine to shoes and boots, appropriate for momentous occasions.

Yesterday I wheeled around the corner to see many pairs of glossed parade boots, empty of owners, complete with spurs, standing at attention. 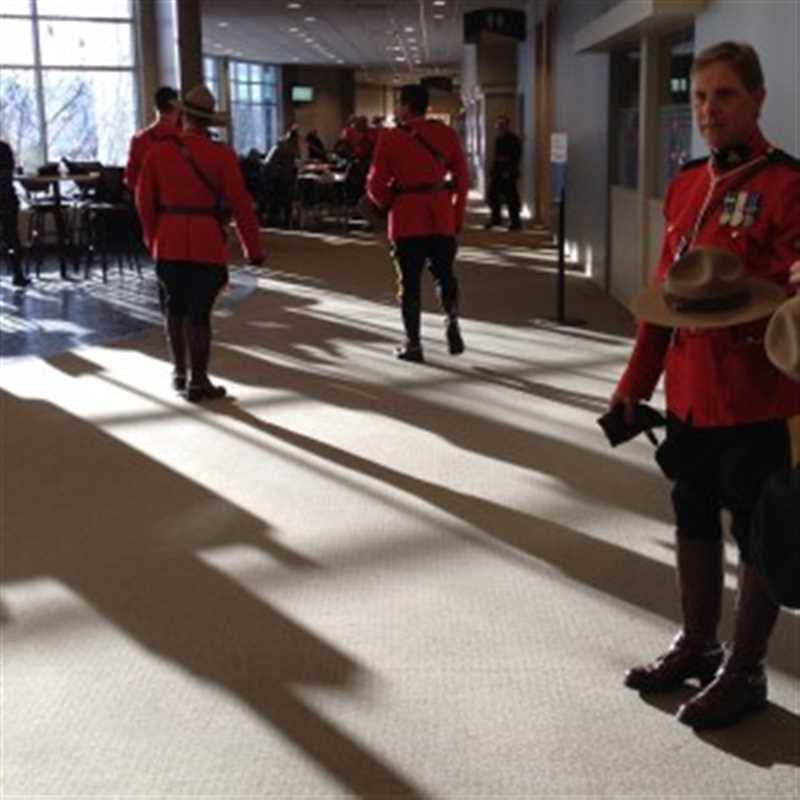 The North Pointe Community Church foyer filled with men and women in Red Serge unblocking their Stetsons from hat boards, loosening what must be metres of bootlaces, and making final preparations for the parade. Some were peeling off street clothes, pulling on dress uniforms, and buttoning red jackets.

There were puddles of clothes on the floor. Unholstered Smith and Wesson autos, cleared, actions open, sit on the tables waiting for transfer to the brown leather gun holsters. Several members were bent over, carefully lacing their boots.

I walked by three men from three different decades. They were already fully dressed in Red Serge. All were lacing up the foundation of a Royal Canadian Mounted Police uniform—riding boots.

I stopped, pausing to look at them. They raised their heads and eyes in unison. I wanted to say something profound to express my appreciation to each one of them, for the RCMP Members who put their lives on the line every day. For me, and you.

As I considered what to say, thoughts of Constable David Wynn rushed in, breathless. 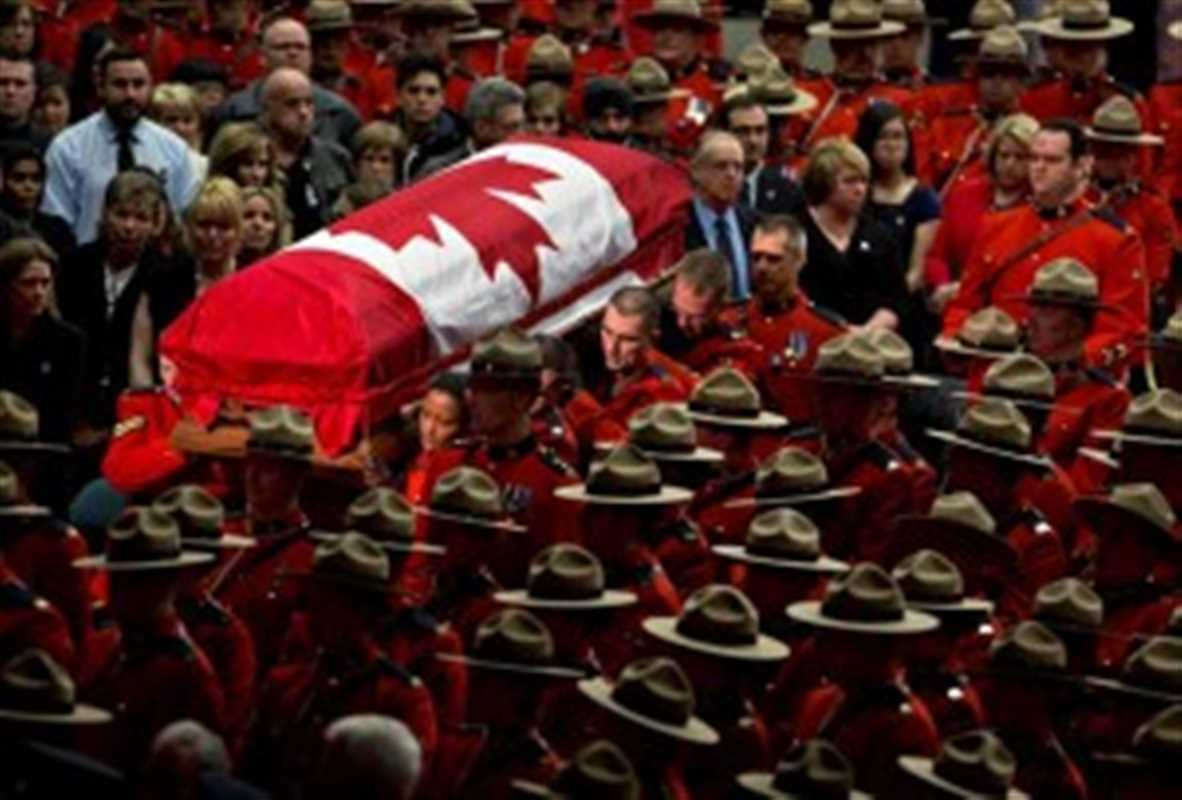 I considered what we asked him to do that night.

I thought about how life sometimes turns sharply in an instant.

I thought about his three boys, his loving wife, and his extended family.

I thought about his colleagues.

I look at these policemen preparing for parade, and I feel my face twist and my throat tighten.

All I can say is,