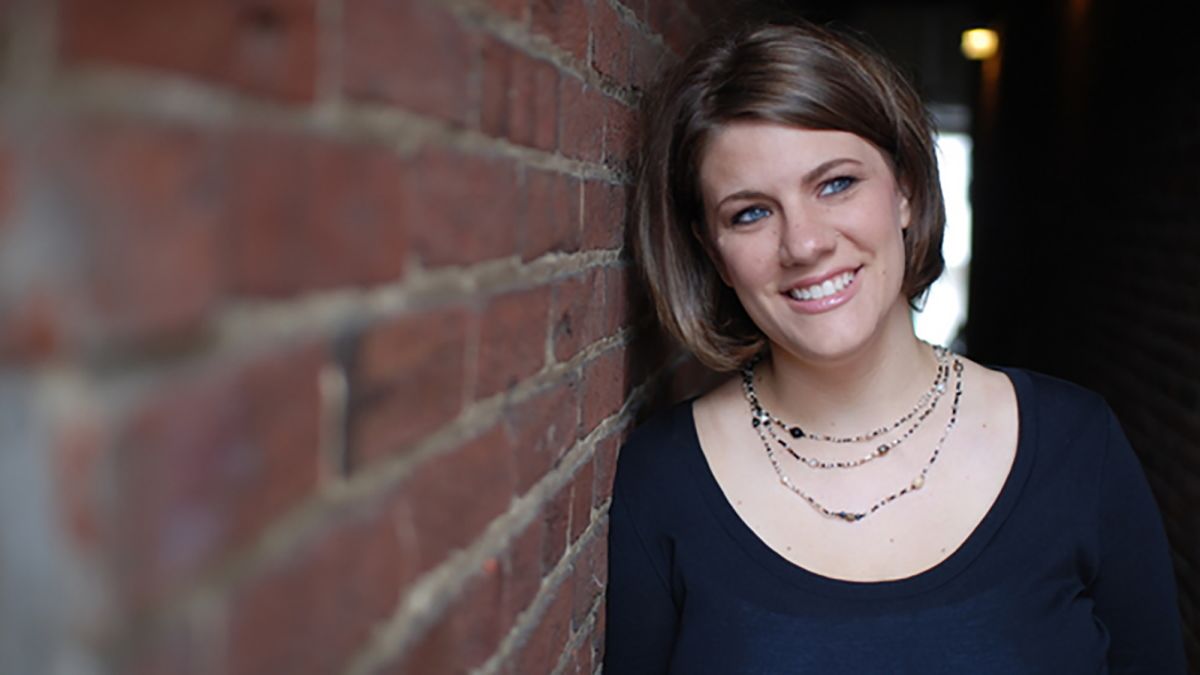 The late Kosuke Koyama – pastor, theologian – imagined Jesus says this to those who see him upon death: “You’ve had a difficult journey. You must be tired, and dirty. Let me wash your feet. The banquet’s ready.”

Koyama’s image rings true to me about Rachel Held Evans.

Imagining Rachel Held Evans hearing those words on May 4, 2019 is comforting. There is little else that brings solace when a 37-year old wife and mother of two children – one a newborn – dies after an allergic reaction to antibiotics to treat the flu. Senseless. But it’s to that world sick with pain, loss, and brokenness Jesus comes to us, not to make sense of it but to save us from ourselves.

RHE or Eshet Chayil! – “woman of valor” as her writing friends knew her – understood the fatigue and dirt associated with befriending the marginalized and ostracized.

She was unafraid to wade into fierce theological battles over issues such as the role of women, science, LGBT issues and politics, on her blog and social media. Katelyn Beatty says Rachel’s content “was the opposite of Christianese – of papering over life’s pain and difficulty with verbal novocaine in the name of Jesus. Instead, Rachel sat with the bruises of faith. She felt them, named them, showed them to us, even though she didn’t have to.”

Rachel was a mix of millennial, former evangelical turned Episcopalian, pro-life, Hillary Clinton supporter, and LGBTQ advocate. I gravitated towards Rachel’s writing because she was holy hilarious. In 2012 she garnered national fame for her book, A Year of Biblical Womanhood: How a Liberated Woman Found Herself Sitting on Her Roof, Covering Her Head, and Calling Her Husband Master.

She was funny and fierce. And grieving. In March 2014 she waded into the World Vision controversy over hiring gay and lesbian humans. Donors pulled their support of child sponsorships in protest. Their actions were unfathomable. Franklin Graham and Tony Campolo weighed in on opposite sides of the issue. World Vision folded under the pressure. You could literally hear Rachel’s heart breaking. There grew sadness to her writing, a grief over having lost a simpler faith and faith community. I grieved with her.

The last words of Rachel’s last blog post on Ash Wednesday have a premonitory ring about them:

“Whether you are part of a church or not, whether you believe today or your doubt, whether you are a Christian or an atheist or an agnostic or a so-called “none” (whose faith experiences far transcend the limits of that label) you know this truth deep in your bones: “Remember that you are dust and to dust you will return.”

Death is a part of life.

Ashes to ashes, dust to dust.”

Rachel opened the doors for many others through her writing. The least you could do is open your mind through a quote or reading one of her books and open a few more doors along the way. 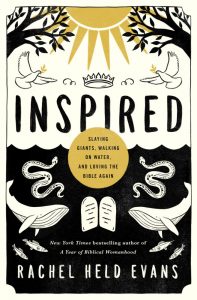 7 of my favorite quotes from her last book, Inspired: Slaying Giants, Walking on Water, and Loving the Bible Again

“I am a Christian, I concluded, because the story of Jesus is still the story I’m willing to risk being wrong about.”

“I have come to regard with some suspicion those who claim that the Bible never troubles them. I can only assume this means they haven’t actually read it.”

“The apostles remembered what many modern Christians tend to forget—that what makes the gospel offensive isn’t who it keeps out but who it lets in.”

“Of course, the fact that a single biblical text can mean many things doesn’t mean it can mean anything. Slave traders justified the exploitation of black people by claiming the curse on Noah’s son Ham rendered all Africans subhuman. Many Puritans and pioneers appealed to the stories of Joshua’s conquest of Canaan to support attacks on indigenous populations. More recently, I’ve heard Christians shrug off sins committed by American politicians because King David assaulted women too. Anytime the Bible is used to justify the oppression and exploitation of others, we have strayed far from the God who brought the people of Israel out of Egypt, “out of the land of slavery” (Exodus 20:2).”