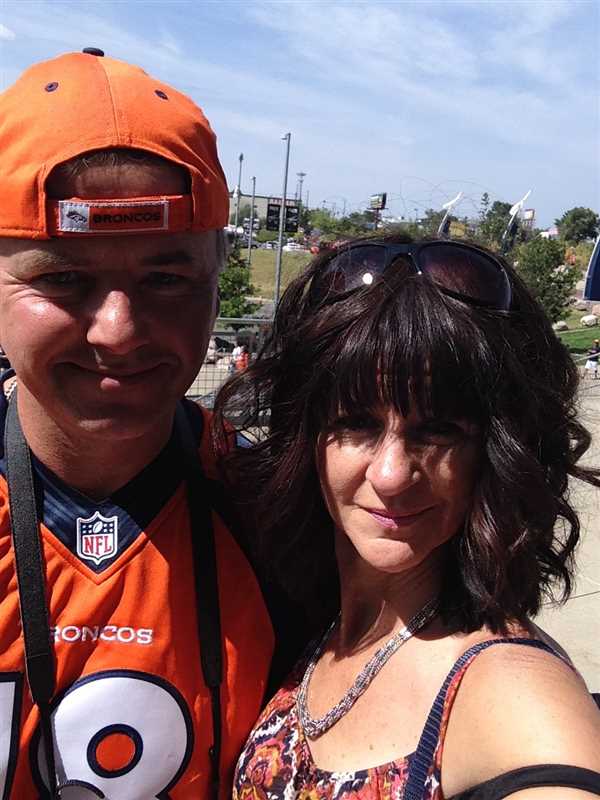 Remember the Ice Bucket Challenge? How could you forget the viral video campaign that blew the roof off of ALS fundraising – over $100 million was raised for research.

Those efforts could well save the life of my friend, John Orfino, who is believing to be healed of ALS by a miracle and the results of generosity.

John is the “2016 Walk For ALS Ambassador.” Watch a video of John talking about how important it is to support the ALS Society. You can support John on Saturday, June 11 by getting sponsors and then walking at Hawrelak Park between 9am and 1:00pm.

ALS is no respecter of persons.

The ALS Society website doesn’t pull any punches in clarifying what ALS is and does.

“ALS is a neurodegenerative disease where the nerve cells that control your muscles die. The ‘living wires’ which connect your brain to your muscles degenerate, leading to a loss of mobility, loss of speech and eventually impact the ability to breathe.

This is a terminal disease. ALS does not have a cure or an effective treatment. The lifespan after diagnosis is on average two to five years.”

In April 2015 John was diagnosed with ALS. Since then, the muscle function in his arms and legs has deteriorated. John and his wife Judee sold their bi-level home, and John’s truck and motorcycle to simplify their lifestyle. He bought a Mustang GT convertible (which he has now sold).

He now needs the use of a wheelchair. 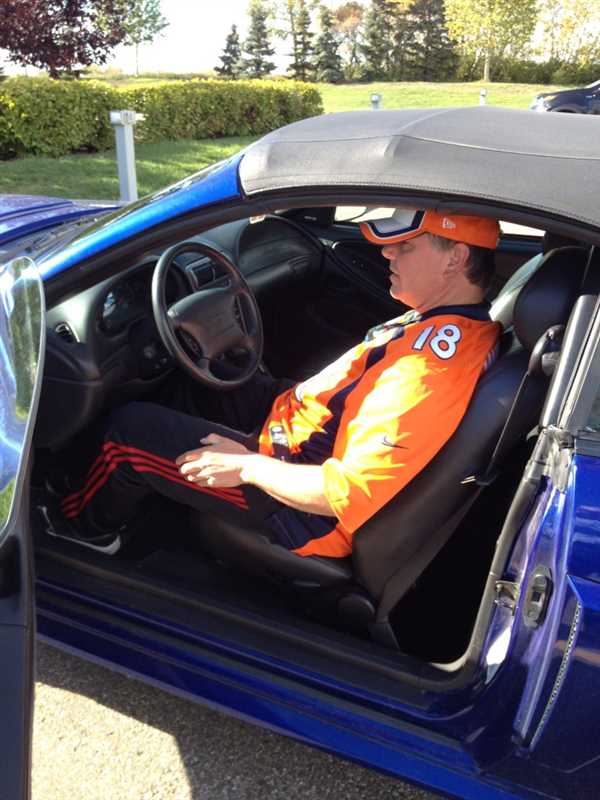 We talked NFL football, a 2015 trip to Mile High Stadium to see his Broncos beat the Ravens, his wife Judee, golf, WHL hockey, his daughter Amanda, whose wedding I officiated, his grandkids, his son Craig’s wedding and ALS.

Our conversation was colored with John’s laughing/crying that he explains is ALS induced but I think it’s his heart strength. 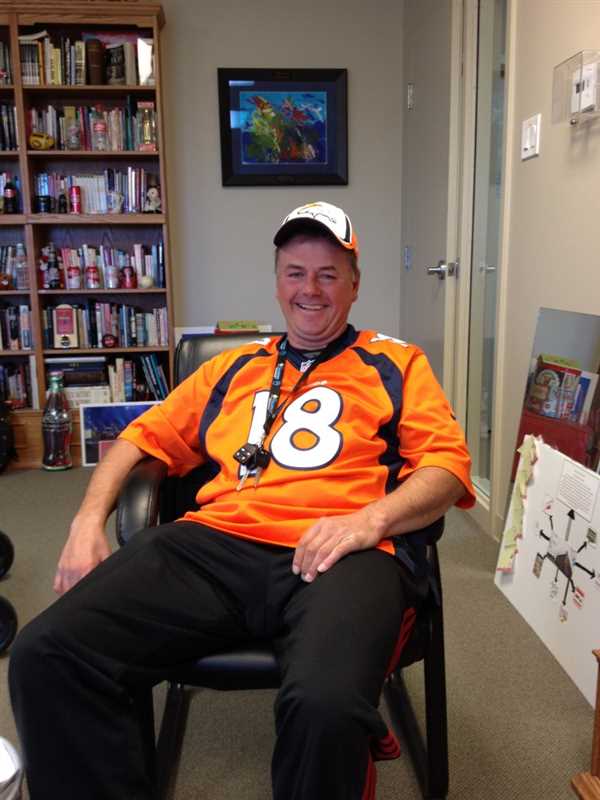 John believes in miracles. His saw his wife Judee, miraculously healed in 2003. An infection attacked her organs and she was dying. Her family said their goodbyes. “I was supposed to die but God had a different plan,” says Judee. “Doctors had done all they could. My family prayed and trusted God. He healed me – a true miracle.”

John’s faith in Jesus is everything. He said, “I don’t know how someone without Jesus could go through the fear in facing ALS.”

“When I get up in the middle of the night,” John says, “I pray to the Lord to heal me of this stupid disease. I hate this. Give me the strength to be able to get through the day. And God does.” 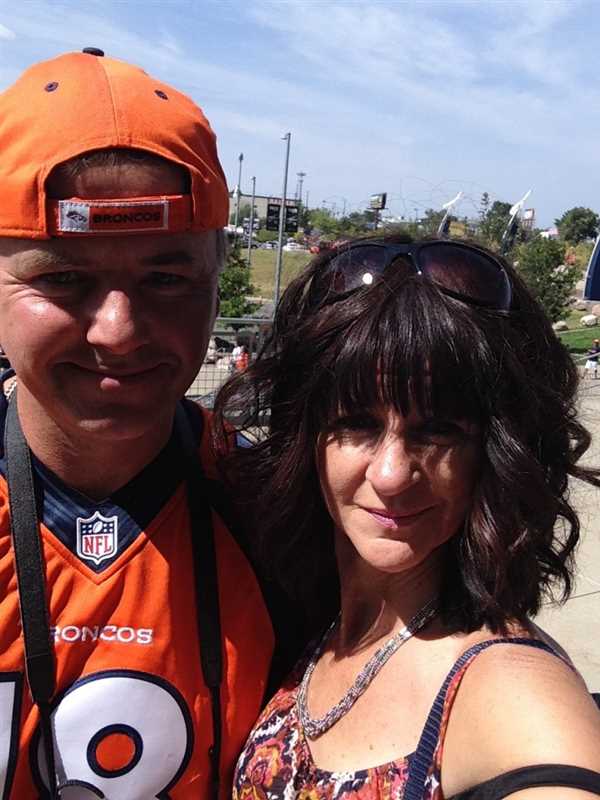 The prayers of others, including his church family at North Pointe Church and the words of Psalm 23 are his source of comfort. Having time to be with his pre-school grandson playing trains is therapeutic. 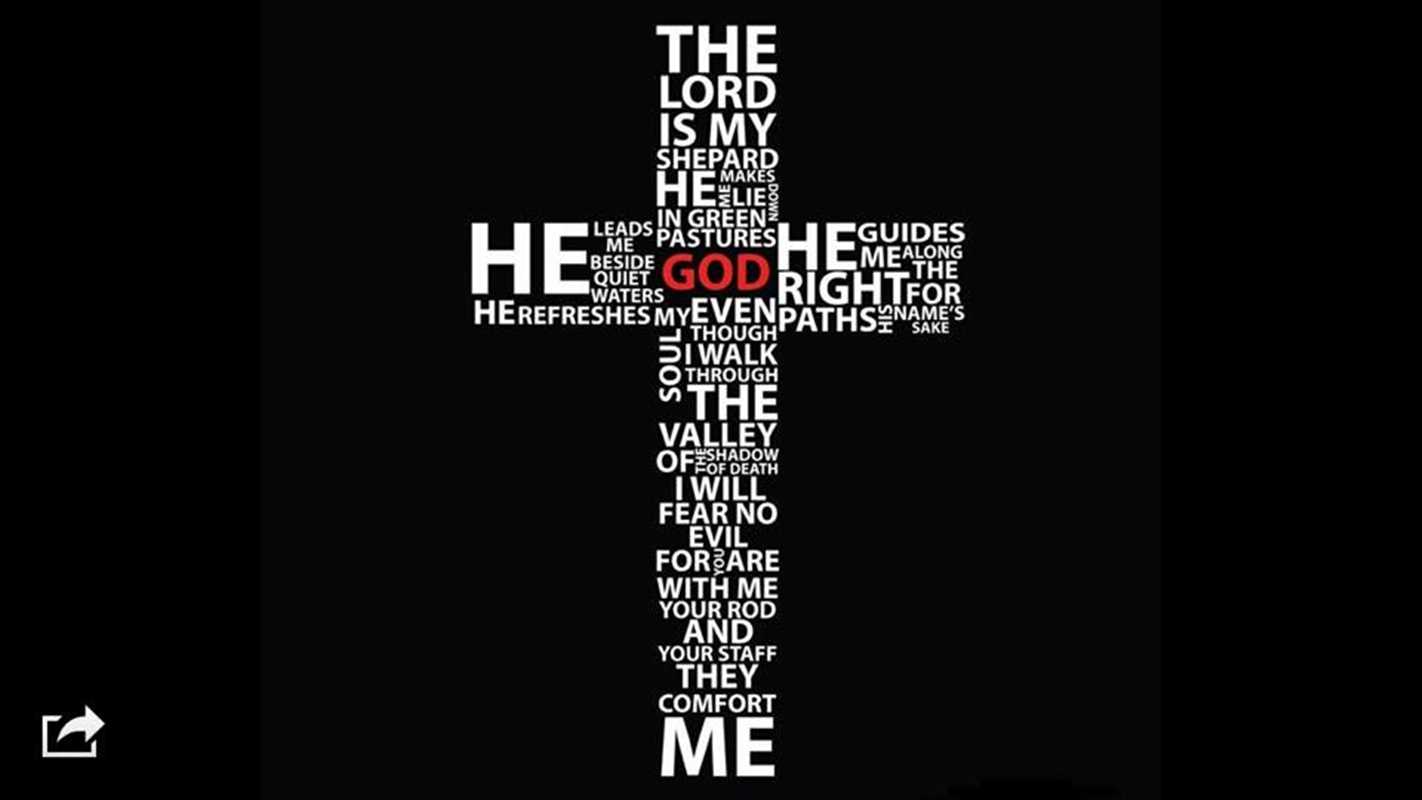 In our conversation John shared something profound: people look at men and women who are facing horrendous things like ALS and call those people “brave.” John says it’s his family and wife Judee who are the brave ones.

It’s his kids and their friends who have stepped up to do things for him and with him that are the ones that are the courageous ones.

“God speaks to me through people.” People like Lila Berg, an elementary teacher in Edmonton. she taught her students about ALS awareness and research. John was invited to come and see their amazing ALS ice bucket challenge.

The hi-lite of the day for John was when one of the students asked him if he was cured yet. John replied, “No,” and the boy assured him that he would be cured.  John says, “WOW! Gotta love the faith of a child.”

In August 2015 John’s family and friends helped raise over $5,300 in their own Ice Bucket Challenge. “I was so excited to see all the ice water poured on the people I love. The ALS ice bucket challenge is so important as it is the lifeline to awareness, research, and ultimately a cure,” says John.

“Thank you everyone for your love, prayers, and support. I’m overwhelmed with emotion and truly a blessed man.”

Please post John’s story on your FB page to spread awareness of ALS. You can leave a comment below. Thank you.