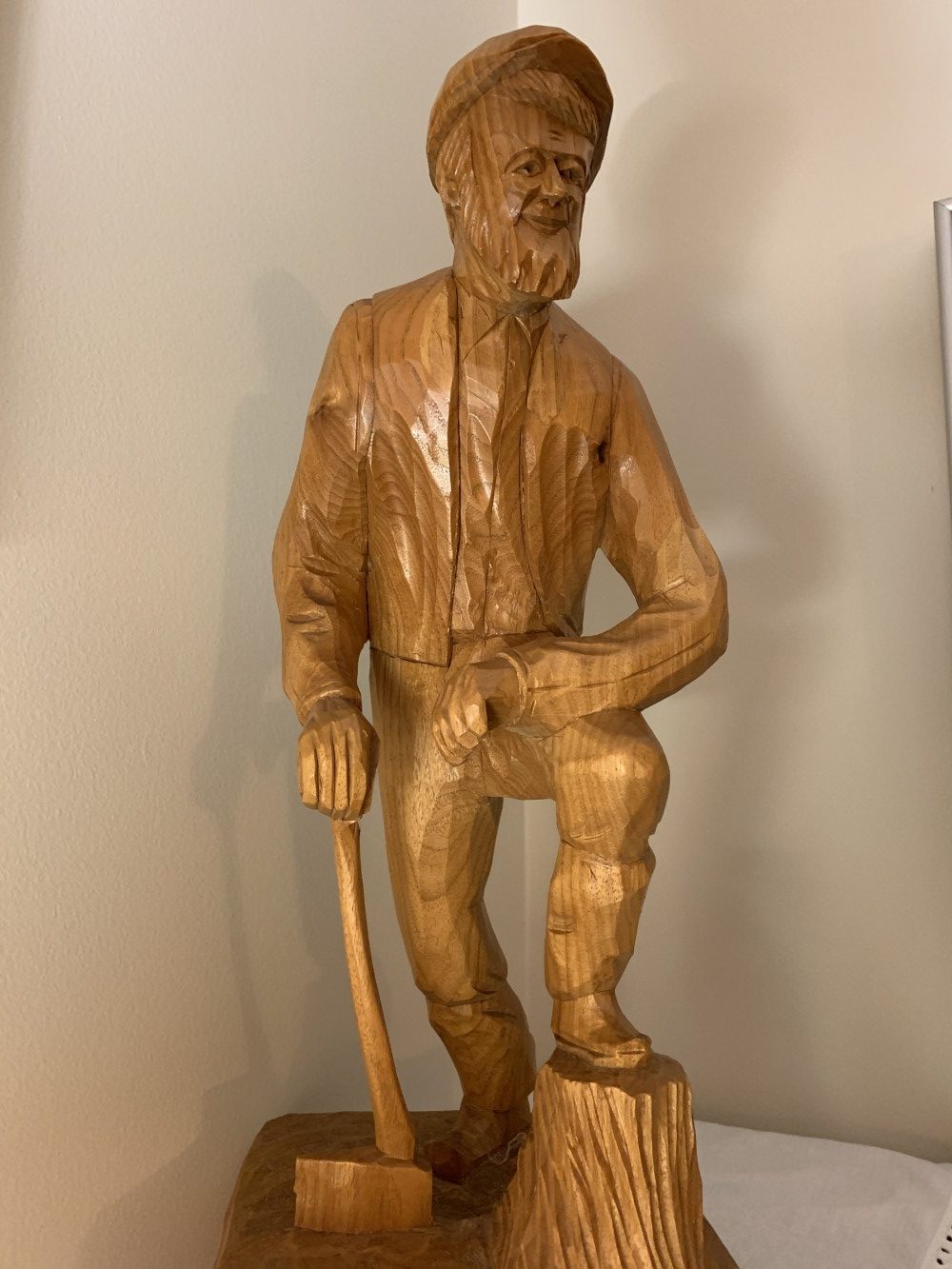 Douglas Blades never imagined he would travel across Canada, become a regional director for a national corporation or live to age 91. Growing up in East Pubnico with a Grade 8 education, dreams carried folks only as far as West Pubnico, on the other side of Pubnico Harbour.

Pubnico, founded in 1653 by Sieur Philippe Mius d’Entremont, is said to be the oldest Acadian community still inhabited by descendants of its founding families. East Pubnico became home to Douglas Blades, born on November 9, 1929 to Richard and Ethel. In the years following his birth, the Great Crash of October 1929 plunged much of Canada into a deep depression. Nova Scotia had less distance to fall but the Great Depression intensified hardships for Martimers.

Perhaps it was the stress of the economy that led his father to leave his mother and his mother to leave him in the care of her parents. During his youth, Doug’s grandparents went without to insure he avoided the effects of scurvy and diet deficiency common to his area.

A Shark, A DeSoto and a Bride

East Pubnico never sleeps. Fishing was a 24/7, way to eke out a meagre livelihood for Doug’s peers. Doug left school in Grade 8 to start earning a living. Sailing from a local wharf, young Doug and a friend accidentally netted a shark. Doug recalls frantically calling for help from another boat to tow their boat and wild catch to shore.

When Doug started dating Vivian Jeans he was driving a 1936 De Soto. There was a hole in the floorboards so when it rained, water would splash up on Vivian’s shoes. Vivian’s family wasn’t too keen on a guy who smoked and didn’t go to church. Fortunately Doug’s aunt Bessie influenced him to follow Jesus, he gave up smoking and he and Vivian became a match made in heaven. In spite of the shady ride, Vivian said “yes’ to Doug’s marriage proposal. Doug and Vivian lived an authentic Christianity not limited to a church building on Sundays. They often provided hospitality to strangers and angels unawares. The newlyweds moved to Milltown, New Brunswick where Doug found work, felling trees six miles deep in the forest. It was hard work but it earned him and his now pregnant wife a living. 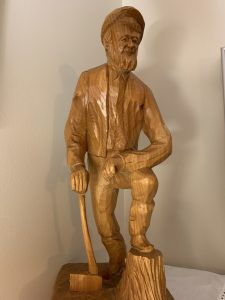 A friend had to run the six miles to find Doug and report that Vivian had delivered two months premature while she was visiting family in New Glasgow. Dr. McQuarry and Dr. Crummy (not making that up) told Vivian her daughter had a chance if she could make it through the first 48 hours. They had to pay $1/day for her hospital stay but she survived and they named her Jocelyn Jean. Little did they know that their daughter would become an ordained minister 63 years later.

The three of them moved to Stickney where Doug was employed at the Sam Bell Sawmill.

The family moved to Pembroke, Ontario in 1965 when Doug accepted a job with CN. For the next eight years he would often leave home Sunday night and travel until Friday night through Northern Ontario as a railroad tie inspector. For the first fifteen years of her life Jocelyn grew up as an only child in a single parent family. Then Charles arrived. Doug made sure that he took his growing family to church every Sunday, stewarded his giving and his time to serve as a member of the Board. 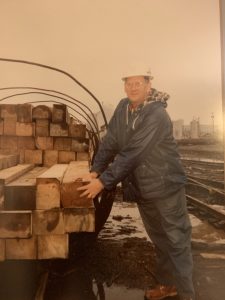 In 1973 Doug’s proficiency earned him a promotion as CN’s Atlantic Region Chief Inspector. Back to Nova Scotia they moved, this time settling into a house he helped build in Truro. He had a come a long way with only a Grade 8 education. They attended Calvary Church and Doug enjoyed some Saturdays, fishing with the pastor.

He was there when the last tie went through the Stamping Mill in Bible Hill. Doug concluded his career with CN and settled into life as a retiree. He was a fan of his grandsons who played football as elite University athletes and his son and daughter-in-law in their rugby careers. His grandsons grew moustaches to raise funds for Movember long before Doug was diagnosed with cancer.

On November 9, 2019 Doug celebrated his 90th birthday with family and friends. He was admired as a man of faith, husband, cancer fighter, father of two, grandfather of three and great-grandfather of five.  He passed away February 1, 2021.

Doug’s last days were lived not that far from where he was born but he had gone a long, long way in life. 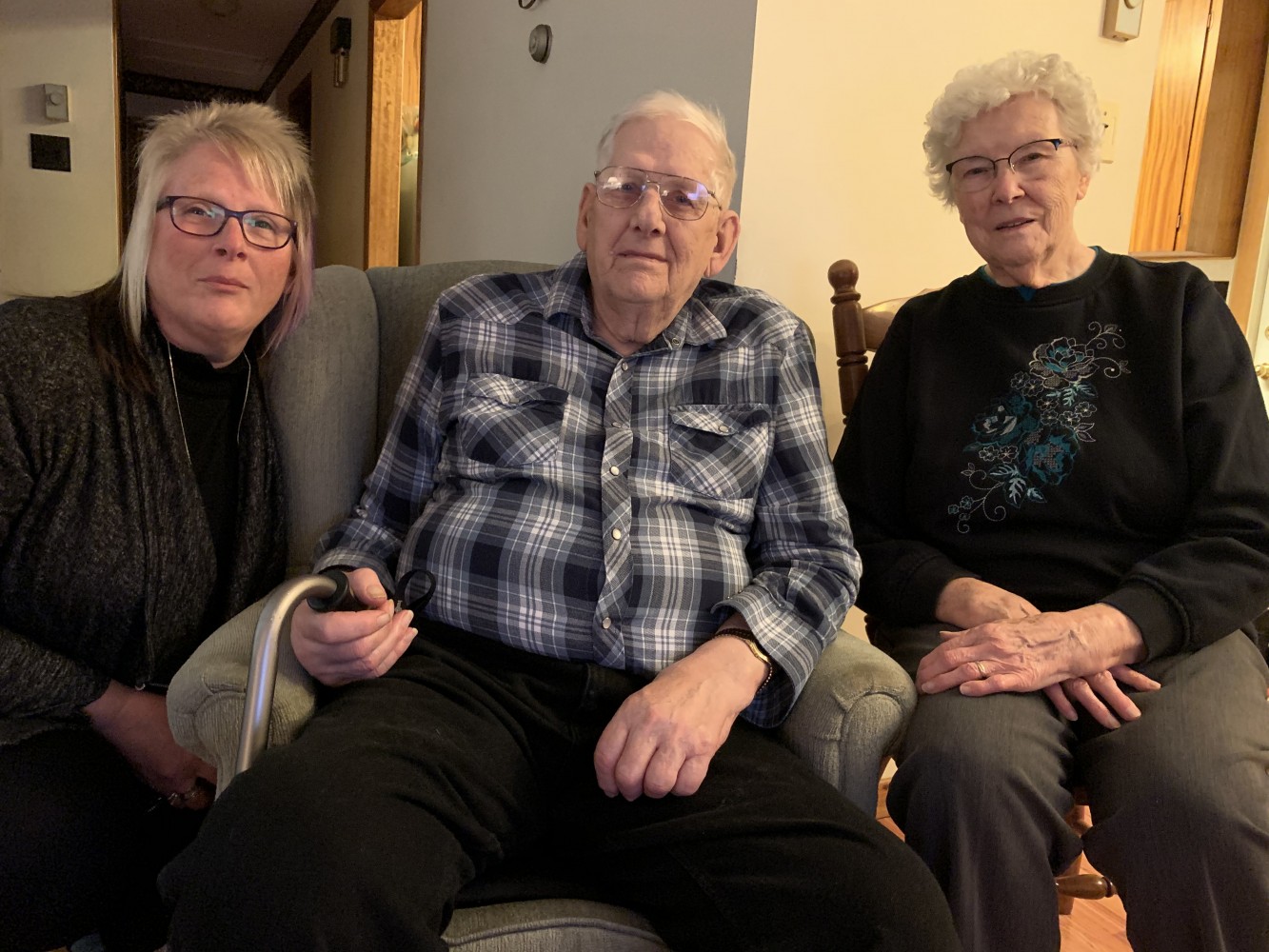