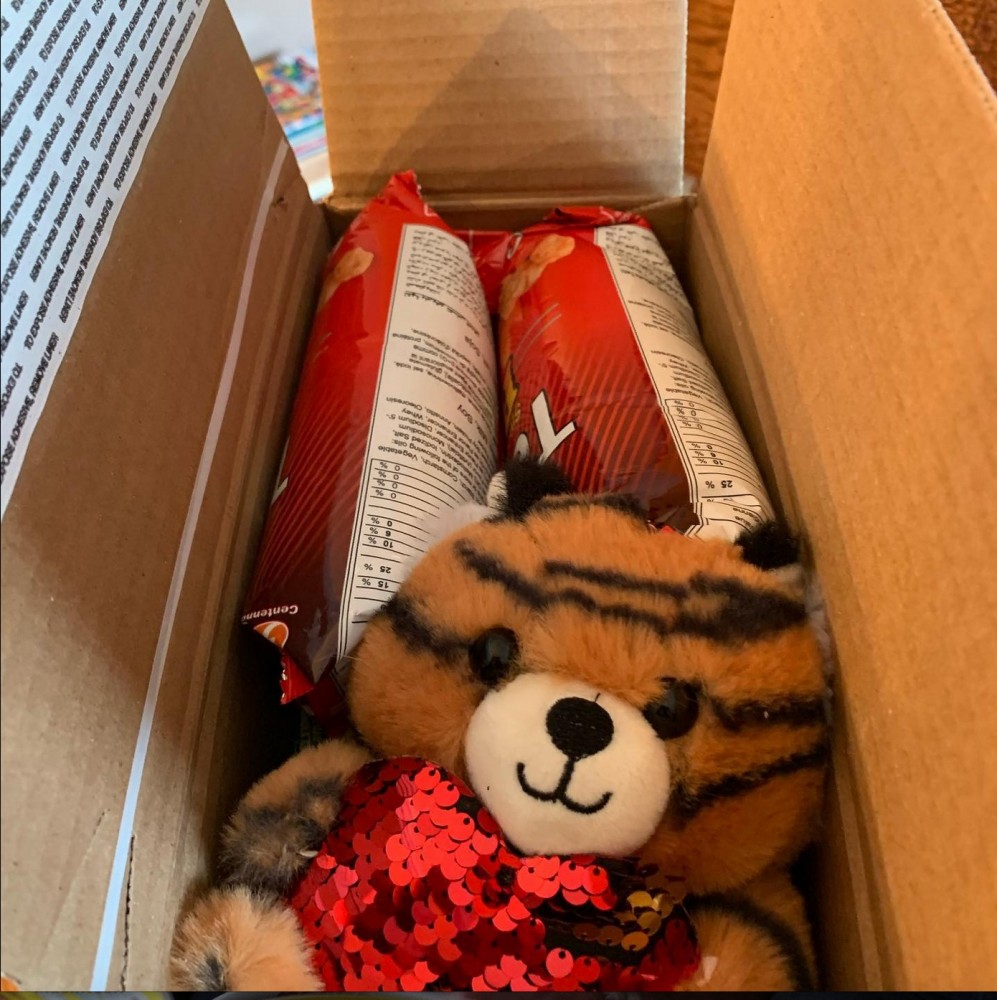 Maybe it was the thought of a child opening a box, looking inside, and shouting, “Wow!!” Or maybe it was the idea that an RCMP officer would personally deliver the box to the child’s home. Law enforcement at the door in Nunavut usually means bad news but that officer would deliver an unexpected package of happiness. Whatever, we found ourselves in -33 Celsius wind chill going shopping for somebody else’s child. 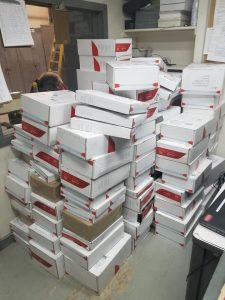 Geoff updates us, “Made it to Hall Beach a couple of days ago. Thinking I am going to be the busiest guy in Hall Beach.

I am totally blown away by people that read my post, took time to buy a box, fill it up and I mean fill it up with all kinds of Love, throw it in the mail and have me who most don’t know and deliver it to someone we both don’t know. I love it….THANK YOU. My eyes have been getting a little watery reading some of the notes.” 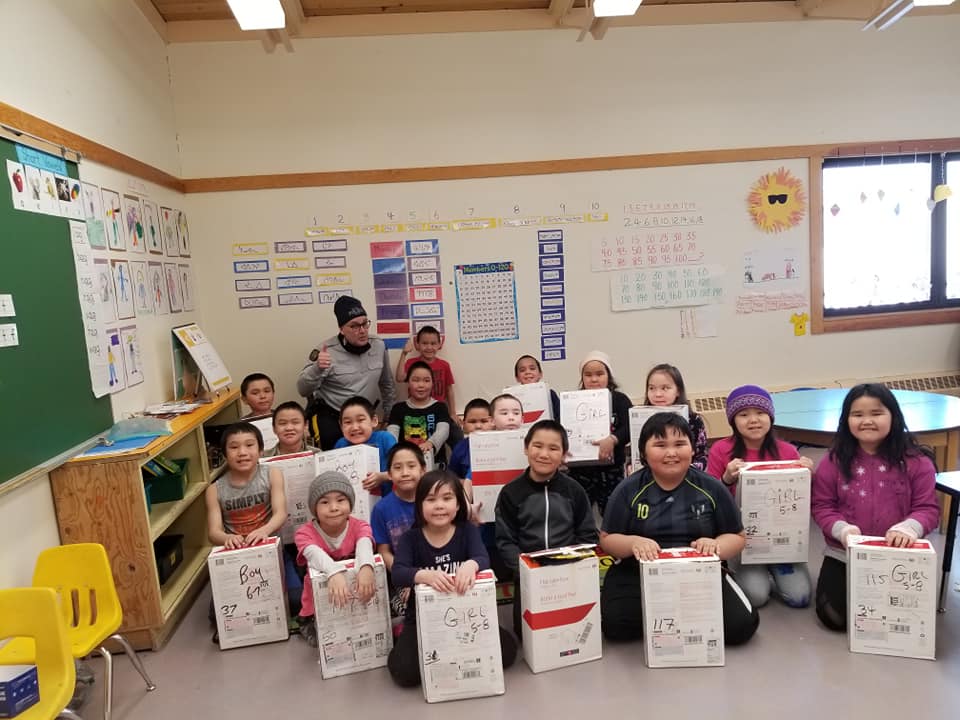 WOW At Your Door

Jocelyn is good at wow. So it didn’t take long on Friday for us to bundle and mask up, buy some goodies, pack 11 pounds of happiness in a box, and mail them off to Hall Beach, Nunavut. Our friend, Geoff, posted his idea of a good time on Facebook. He was working 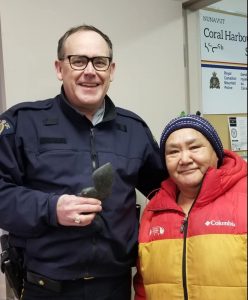 in Coral Harbour which sounds like a blue lagoon type place but it’s in Canada’s frozen north.

“I was hoping that my friends could help me make some kid’s day in my next community in March. Going to Hall Beach, north of Coral Harbour. Don’t want to say too much but a fellow here knocked on my door every evening looking for food. Some of them here don’t have too much.”

“My friends.” That’s all Geoff had to say.

When he put out the call for help, all it took was a few hours for positive responses to come in from across Canada and as far away as New York City. 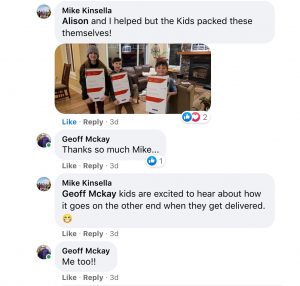 Geoff is a retired RCMP officer who found it hard to stay on the sidelines. So he regularly makes his way on assignment to the NWT and remote areas in the Arctic to maintain the right. He’s a good guy. Geoff wears a badge and carries a gun but his street smarts have kept him on the right side of upholding the law.

And what if a box filled with happiness could change the way a child sees an officer of the law?

Friends of REVwords, why don’t you fill one up for a kid ….boy or girl under 10. Or for a newborn. Mom’s of newborns in Hall Beach could use some TLC. Kind of like a second Christmas. Canada Post has the box for $23 (includes postage) at Shoppers.

Mail it to Geoff McKay C/O Hall Beach RCMP, Box 31 Hall Beach, Nunavut X0A-0K0. He will deliver it personally. He’ll even send you a picture/video of the excitement if you want. Can’t wait to see ours.

Do it soon…could take three weeks to get there.

Share this post with 10 of your friends and let’s give the postmaster in Nunavut the busiest month of her or his career.