Rick and Kay Warren were devastated when their 27-year old son Matthew committed suicide in April 2013. Their grief was unimaginable. Matthew had suffered from depression all of his life. In September 2013 the Warrens gave their first public interview with CNN. Piers Morgan called it “one of the most moving interviews I conducted in my life.”

The Warrens identified six stages of grief they experienced. These stages are more art than science. There is no timeline for each stage. They take as long as they take. And they overlap. And sometimes you backtrack through them.

Stage One: “I think the first stage is shock. For at least the first month, I kept waiting for Matthew to come in the door… I just couldn’t believe that it happened. It was so sudden.”

Stage Two: Then you move from shock to sorrow and this profound sadness that comes into your life. I’ve said almost from the first moment that we learned that, “We’re devastated but we’re not destroyed.” And when people ask that question of, how are you, there’s no good answer. And so, I finally just settled on, “I’m terrible but I’m OK.”

In other words, we’re going to survive and someday, we’ll thrive again.

It’s the worst thing that could ever happen.

Stage Three: Then you move to what I call struggle and that’s all the “why” questions. Why now? Why this? Why me? Why Matthew? I never questioned my faith in God. I question God’s plan. There’s a big difference.

So God isn’t to blame for my son’s death. My son took his life. It was his choice.

I can’t blame God for that. 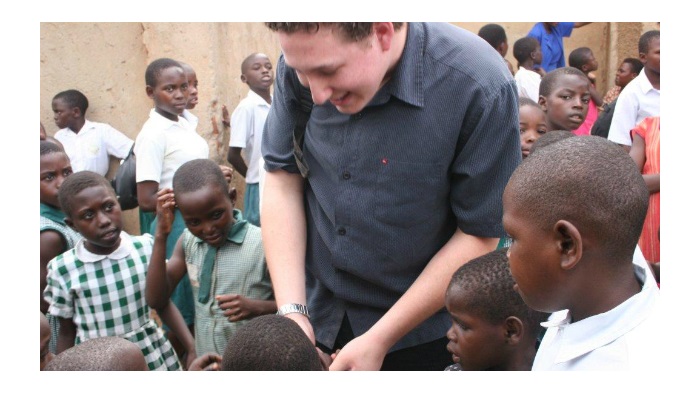 Stage Five: Then you move to what I call sanctification, which is the change that takes place in you. I have cried every single day since Matthew died, but that’s actually a good thing. Grief is a good thing. It’s the way we get to the transitions of life.

Stage Six: Then service. And service means I think God wants us to use our hurt. And one of the reasons we decided to do this interview with you is maybe we could help some other people.

I repeat, there is no timeline for these stages. Each one overlaps the others. Each takes as long as it takes.

What’s In A Hope Box?

The day after Matthew took his life, I opened my Hope box and I went to these verses one more time and then after that I didn’t open it for a month. I couldn’t. Then I started to think, so where do I go from here? What do you do when your hope has been crashed?

The only way I know how to rebuild it is to go back to my faith and to God’s word and this time, I started putting verses in that give me Hope for the future.

And so every time when I go to the cemetery, I quote that verse because, Matthew’s body was broken, that gun broke his body and he was buried in brokenness but he’s going to be raised in glory.

Are you going through loss? Please leave a comment below. Email us at bob.pb.jones@gmail.com and we’ll connect you with support.