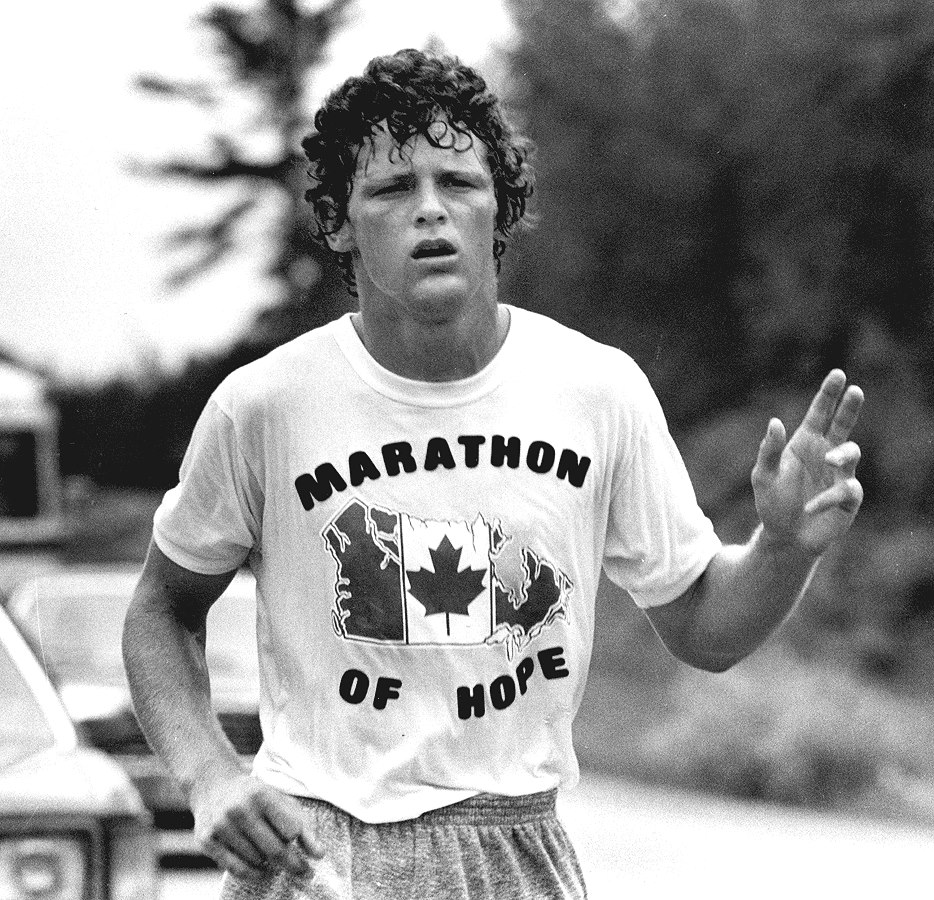 Terry Fox passed away at the age of twenty two on June 28, 1981, but not before he ran into the hearts of millions of Canadians.

Fpr anyone who has run a marathon – you know how it feels to push yourself beyond what you feel is possible. Terry ran a marathon everyday. For 143 days. On one good leg and one artificial one made of fiberglass and steel.

After eighteen months and running over 5,000 km to prepare, Terry started his coast-to-coast run in St. John’s, Newfoundland on April 12, 1980…with very little fanfare.

Terry Ran Until He Couldn’t

He ran against 40 mile-an-hour winds,
…through 38C days with high humidity,
…when he was run off the road.
…through the blisters and cramps and constant pain,
…with a grimace that betrayed the intensity required to achieve his dream of crossing Canada and raising a $1 for every Canadian, for cancer research.

Terry ran with an optimism that was fueled by tenacity and a competitive drive.

He ran on until he couldn’t run anymore.

On September 1st, after 5,373 km, Terry was forced to stop running outside of Thunder Bay, Ontario because cancer had taken root in his lungs. A cancer that would claim his life.

An entire nation was stunned and saddened.

At his passing, The Prime Minister of Canada summed up the feelings of Canadians in the House of Commons, “It occurs very rarely in the life of a nation that the courageous spirit of one person unites all people in the celebration of his and in the mourning of his death. Terry gave far more to his country than his country could give to him.”

“He made his too short life into a marathon of hope and courage.”

An 83-kilometre (52 mile) section of the Trans-Canada Highway, between Thunder Bay and Nipigon, is renamed the “Terry Fox Courage Highway” in Terry’s honor.

Everybody needs a highway of courage to travel in life. 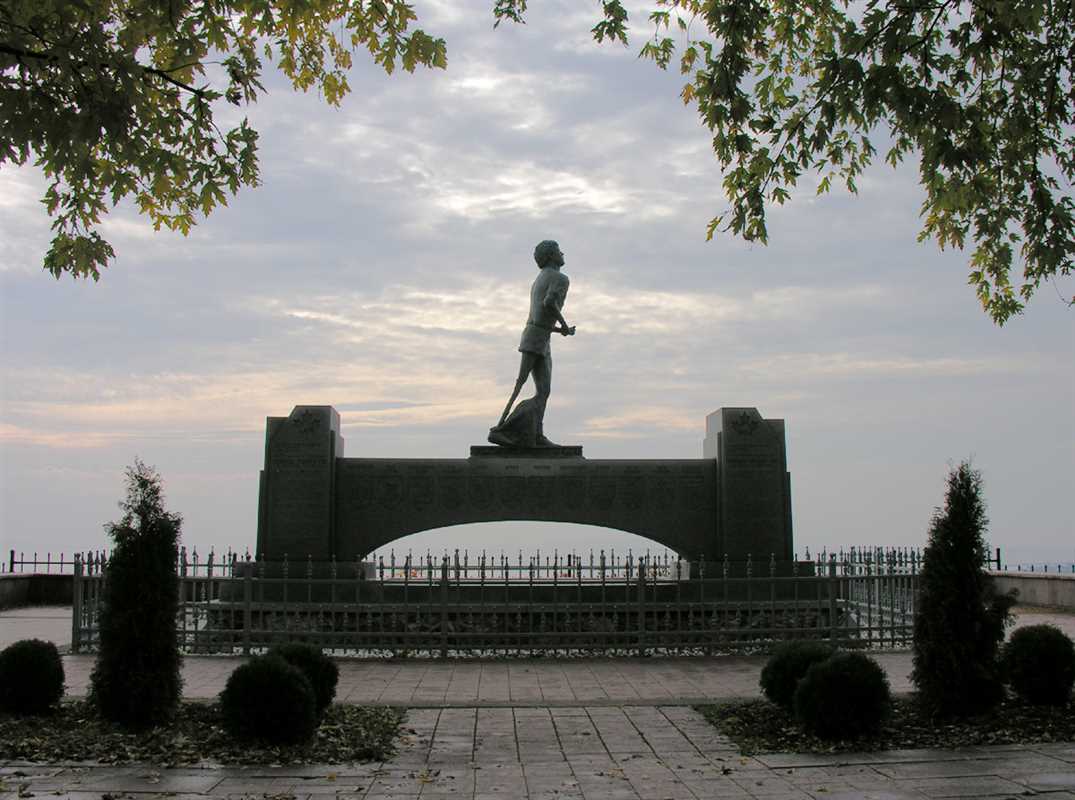 3 Lessons in Courage From A Canadian Hero

1. Faith will enable you to run a marathon of hope on a highway of courage. Terry had a sincere faith in Jesus. He was introduced to faith by a friend named Rika, who encouraged him to read the New Testament Gospels.

“I really believe that I’m not going to lose even if I die, because it’s supposed to be the Pearly Gates I am going through. I can’t lose out. The situation I’m in right now, I could be down, I could be depressed, I could be out of it. I could be feeling sorry for myself…but I’ve got to have hope.”

2. Courage will give your dreams wings to soar. “How many people do something they really believe in? I just wish people would realize anything is possible if you try.”

Olympic champion, Kristina Groves, credits Terry’s influence for her successes. “I never strayed in my belief that I could make it to the Olympics. He still inspires me.”

3. Courage is a by-product of doing what makes you happy. “Through my whole run I thought about the meaning of life. Its not wealth – I don’t have any wealth – and its not fame – I’m famous but it hasn’t changed my life. On my run when I got emotional it was because I was happy.”

It’s easy to see Terry as a hero because everyone can see something of themselves in his struggle. Its inspiring to think that our own wills could triumph over adversity like he had. His heroism was within our reach and any of us could aspire to the attitude of excellence he displayed.

APPLICATION: How has Terry Fox inspired you? Have you participated in a Terry Fox Run? Please leave a comment below.