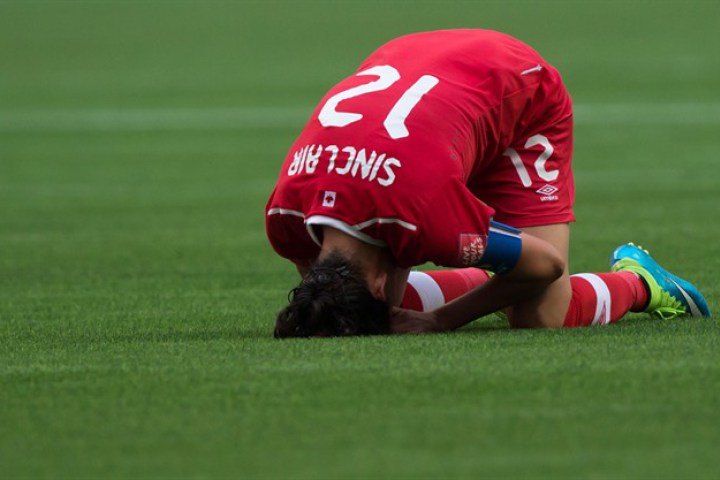 The aftermath of Canada’s 2:1 quarter-final loss to England was gut-wrenching. As the final whistle blew, English players rushed the field to celebrate. Canadians dropped to their knees in disappointment.

When Your Best Fails You

Captain Christine Sinclair was in tears as she apologized to coach John Herdman following Canada’s exit from the Women’s World Cup.

Teenage defender Kadeisha Buchanan sobbed as she knelt on the field at B.C. Place Stadium.

“They gave their best. And our best just wasn’t good enough,” said Herdman.

You know what its like to give your best. You’ve led well, you’ve competed hard, you’ve stretched yourself beyond your own expectations but it wasn’t enough.

How do you find your way forward when your best fails you?

1. Refusing to quit against overwhelming odds is the seed of future wins.

England struck quickly in the 11th and 14th minutes. No team in Women’s World Cup history had ever come back to win from a 2-0 deficit in the knockout rounds.

It would have been easy to quit but Captain Sinclair rallied the team and scored her 155th international career goal before half sending the crowd into a delirium that one English player described as “frightening.” The Canadians gave themselves a chance to make history.

When your best isn’t good enough in the moment, it can become enough in a second half or second chance if you don’t quit.

A good coach owns failed coaching, that’s what makes him a good coach.

Blame won’t help you recover; accepting responsibility does. Owning failure is the basis of a better future.

When a reporter asked Herdman about the “girl who made the mistake tonight,” Herdman replied: “Which one? There was a few mistakes tonight,” he said.

No single player is the villain in a loss. The next game won’t be won because the guilty have been tried and found wanting. Today’s goat can be tomorrow’s hero and vice versa.

4. Remember that losing is the painful price of competing.

When scores are kept somebody’s going to lose in a big game. No individual or team wins every time. This Canadian team has won medals in previous CONCAF and Summer Olympic tournaments. Today wasn’t their day.

Champions love competing and winning. But champions are not fazed by losing, because they don’t allow losing to become a habit.

5. Mine the positives and find reason to be optimistic.

Herdman observed, “Our country got behind us, they’ve had a great time, great experience. and there’s going to be a new generation of women, players, coaches that have been motivated by what they’ve seen.”

“Stick with us. We’ll be back and we’ll be fighting strong.”

APPLICATION: Which lesson do you need most now? Please leave a comment below.