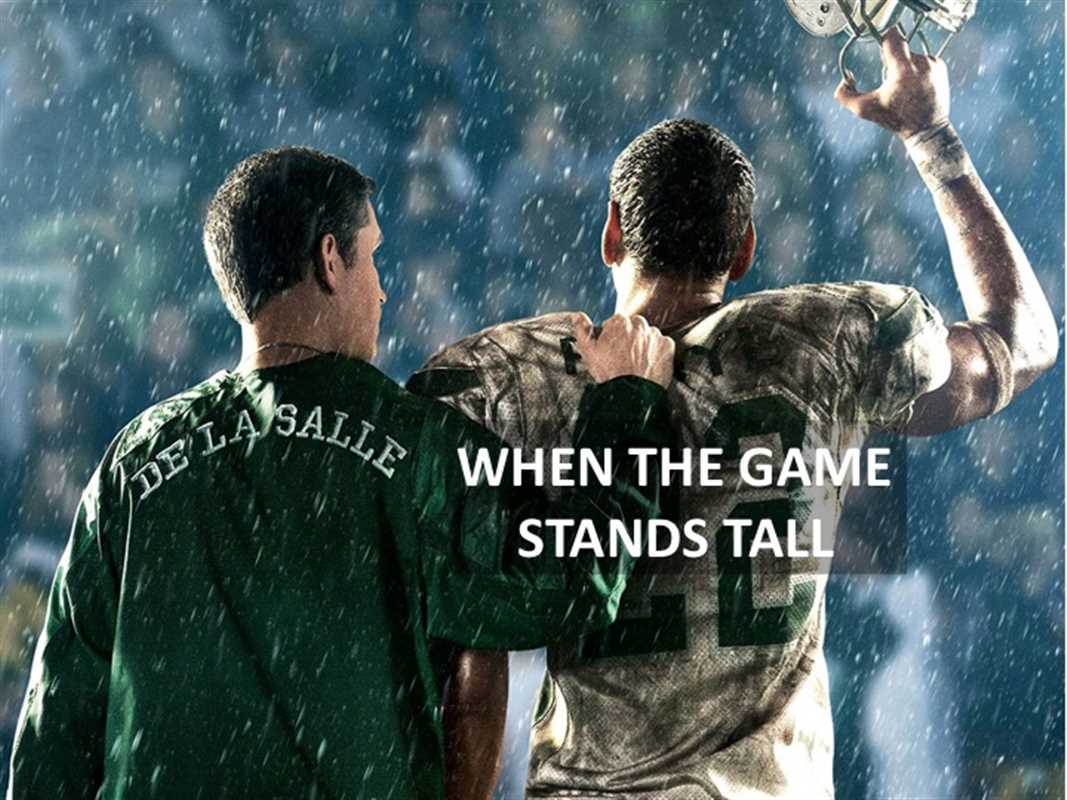 When The Game Stands Tall

Only those who know football understand how far away that sentiment is from the truth.

“When The Game Stands Tall,” is a must see movie based on the 151-game winning streak of the De La Salle Spartans and coach Bob Ladouceur.

It took seeing the film to remind me of how much I miss coaching football players. 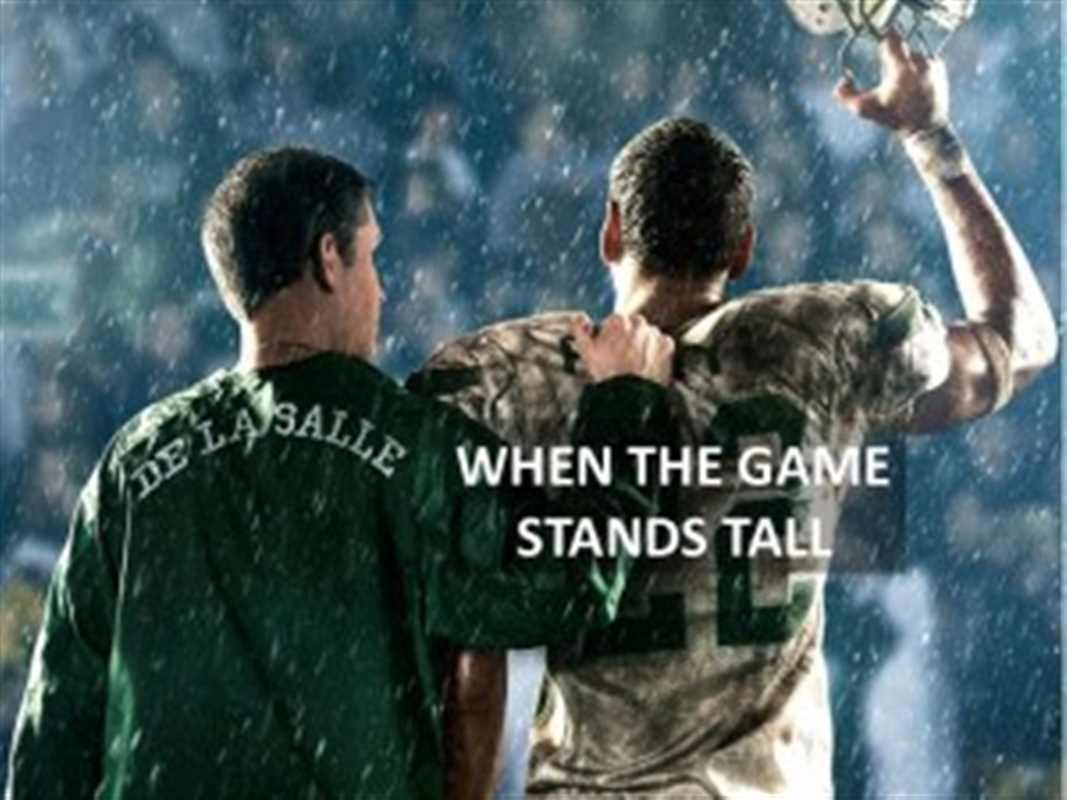 Its staggering to think that my sons played a combined 33 seasons of football between them from Atom to the CIS.

For a few of those years I had the pleasure of being called their “Coach.”

A SPORTS BAG FULL OF MEMORIES

Watching the film brought back a flood of fond memories:

the yellow school bus ride to and from games,
crowded locker rooms,
taking a knee for the Lord’s Prayer before every game,
running onto the field of battle,
calling plays on the sidelines,
the gut-shaking sound of high impact hits,
half-time adjustments,
the ecstasy of victories.

The off-key but melodious sound of triumphant football players singing at the top of their lungs coming home on the team bus is unforgettable in many ways.

The players are asked in the movie, “Whose been injured?” Every hand but one goes up.

There are the moments when a crushing defeat has brought macho athletes to uncontrollable sobs and tears.

For many young players, that was their first encounter with inconsolable grief.

To be the De La Salle Spartan team that had a streak of 151 straight wins end on their watch is unimaginable heartbreak.

To say, “Its JUST High School football” in no way diminishes its significance – it exposes a lack of understanding.

Coach Ladouceur said that the most important moments in life are following a crushing loss or facing a life altering challenge.

Those moments are about character.

That’s the beauty of football. Its more than a game. Its not the streaks or the titles – football is a catalyst for character building. 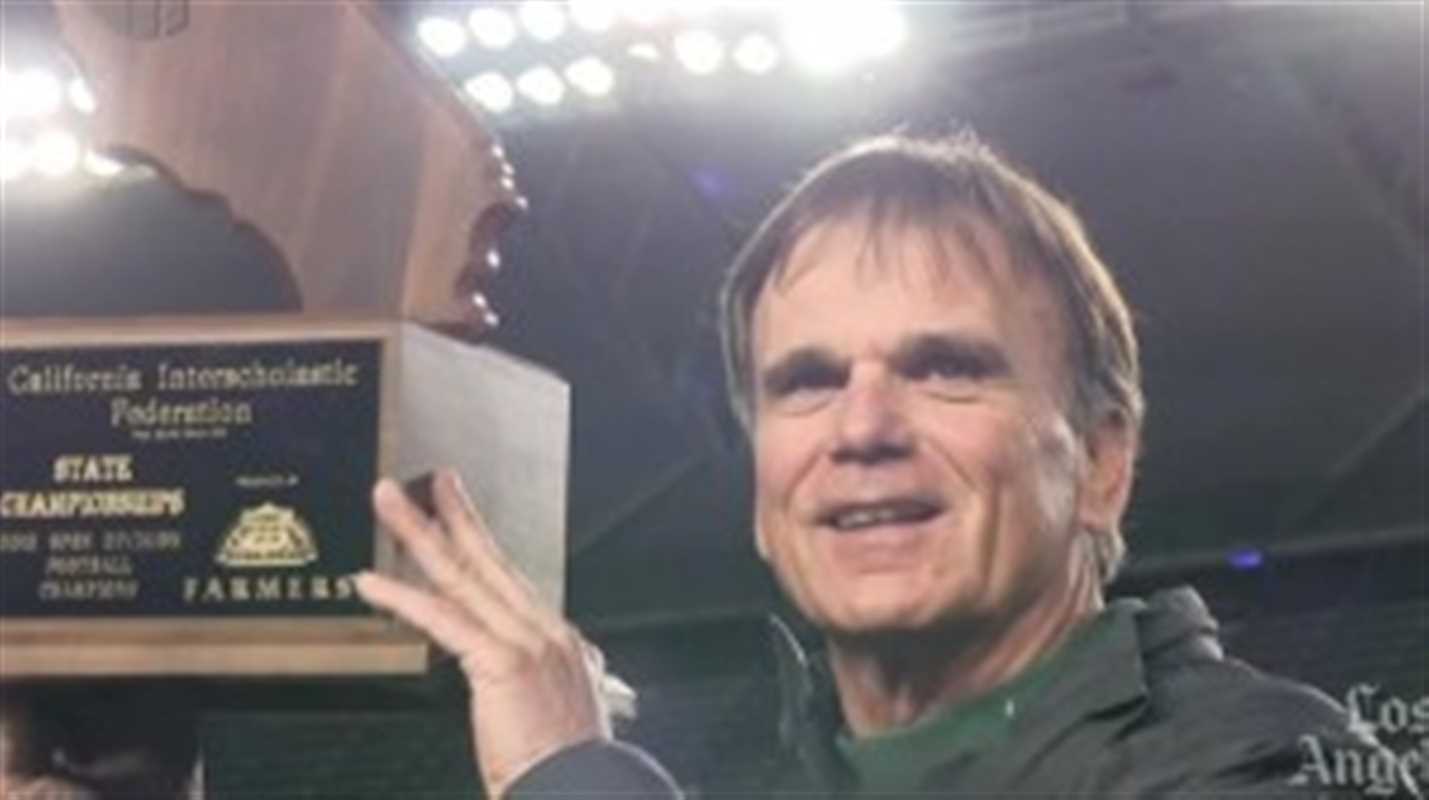 Coach Bob Ladouceur’s abilities are esteemed on par with his peers in the NCAA or NFL. He reflects the qualities of Lombardi and Rockne.

The ideals he espoused to his team were embraced by every coaching staff on which I was privileged to serve:

1. “We’re not asking you to be perfect on every play.  What we’re asking of you and what you should be asking of each other is to give a perfect effort from snap to whistle.”

2. “Big goals stretch our abilities but are doable when given the effort.”

3. “Winning a lot of games is doable.  Teaching the kids there’s more to life, that’s hard.”

4. “We were never just about winning.  We were built on families.”

The great Vince Lombardi said, “Teamwork is what the Green Bay Packers were all about. They didn’t do it for individual glory. They did it because they loved one another.”

My sons’ game-worn football jerseys hang, framed, in my office.

They are daily reminders of glorious times…great experiences…gridiron brothers.

APPLICATION: Are you a football fan? Have you seen the movie and if so what did you like best? Please leave a comment below.

Subscribe to “Pointes of View” by signing up here.