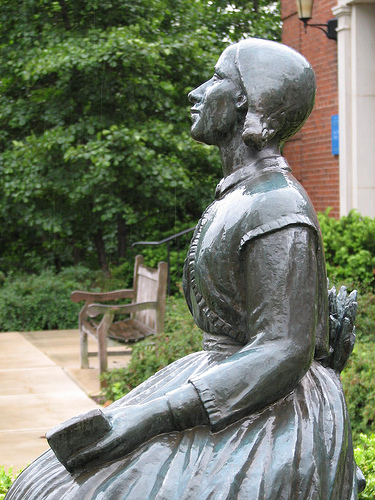 “…this happened that we might not rely on ourselves but on God, who r 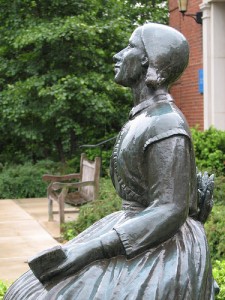 aises the dead. He has delivered us from such a deadly peril, and he will deliver us again. On him we have set our hope that he will continue to deliver us, as you help us by your prayers.” 2 Corinthians 1:20-22(NIV)

What’s the “THIS” in your llfe?
We all have one…or more. Day by day we are faced with circumstances that demand more from us than we can give. That’s where reliance on God, hope and the prayers of others become our deliverance.

Carolina Sandell was born the daughter of a pastor in Sweden in 1832.At the age of 12, Lina, as she became known, was stricken with paralysis. Her parents were believer’s in God’s ability to heal. They and others prayed for her. One Sunday morning, as Lina too was praying, she felt God heal her and surprised her parents by dressing herself and walking! Lina was gifted poet and began writing songs of gratitude for her healing.

When she was twenty-six, she accompanied her father, by ship, on a journey across a lake in Sweden. They stood at the side of the ship watching the waves roll towards them. Then, tragedy struck. The ship gave a sudden lurch, and Lina’s father fell overboard and drowned before the eyes of his devoted daughter. She called out to God to save him but to no avail.

Out of Lina’s broken heart began to flow many songs that reflected a simple child-like trust in Jesus, despite tragedy. She would go on to become one of Scandinavia’s best-known hymn writers. By age 71 when she passed away, Lina had composed approximately 650 hymns. 10,000 people, touched by her songs and support showed up to dedicate a statue in her memory.

One of her most loved hymns, “Day by Day,” is a favourite of mine. Lina wrote,

“Day by day and with each passing moment,
Strength I find to meet my trials here;
Trusting in my Father’s wise bestowment,
I’ve no cause for worry or for fear.
He whose heart is kind beyond all measure
Gives unto each day what He deems best–
Lovingly, its part of pain and pleasure,
Mingling toil with peace and rest.”

What has been “given into your day?”
Who do you know who could use the encouragement of these words? Pass them on or leave a comment.