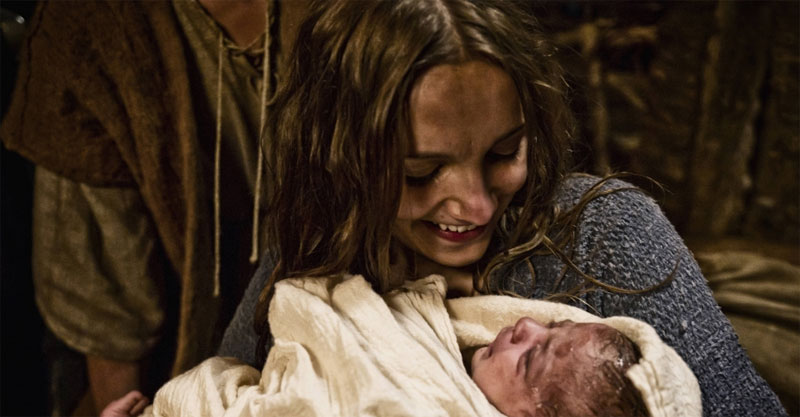 The World is Watching…Are You? 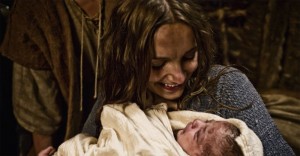 the reaction to the series. Ultimately The Bible will be seen and felt by billions around the globe.” History Channel’s venture in presenting the Bible has attracted one of the largest audiences in their history. Are you watching?

The series has its detractors. Trying to condense 4,300 years of history into a 10-part series is bound to leave a few gaps. Some depictions are intense and violent. However, this is a series that lets God be God.

God is seen inspiring faith, directing individuals, and guiding the events of history toward the completion of His work of salvation through Jesus Christ’s sacrificial death and Resurrection.

I couldn’t count the number of representations of the birth of Jesus I’ve seen on TV or live theatre or Sunday School pageants. However, The Bible’s presentation of the Christmas story was profoundly moving. The producers took their liberty contextualizing the birth of Jesus in a storm and timing it so the Magi showed up within hours of the birth. However, there was something deeply emotive about how Mary felt affirmed by the response of people to her baby’s birth. Her son, acknowledged by total strangers, as the “King of the Jews.” All that the angels had spoken to her was being substantiated. And she was blessed.

All too often I think that people like Mary or Joseph or Moses or Abraham – people who heard the audible voice of God or angels – would never struggle with doubt. Not like me. Yet, I believe they did. They weren’t plastic.  They were real. Doubt can exist with faith. That perspective helps me push through my own doubts.

The world is watching…you and your doubts.  Are you pushing on through?