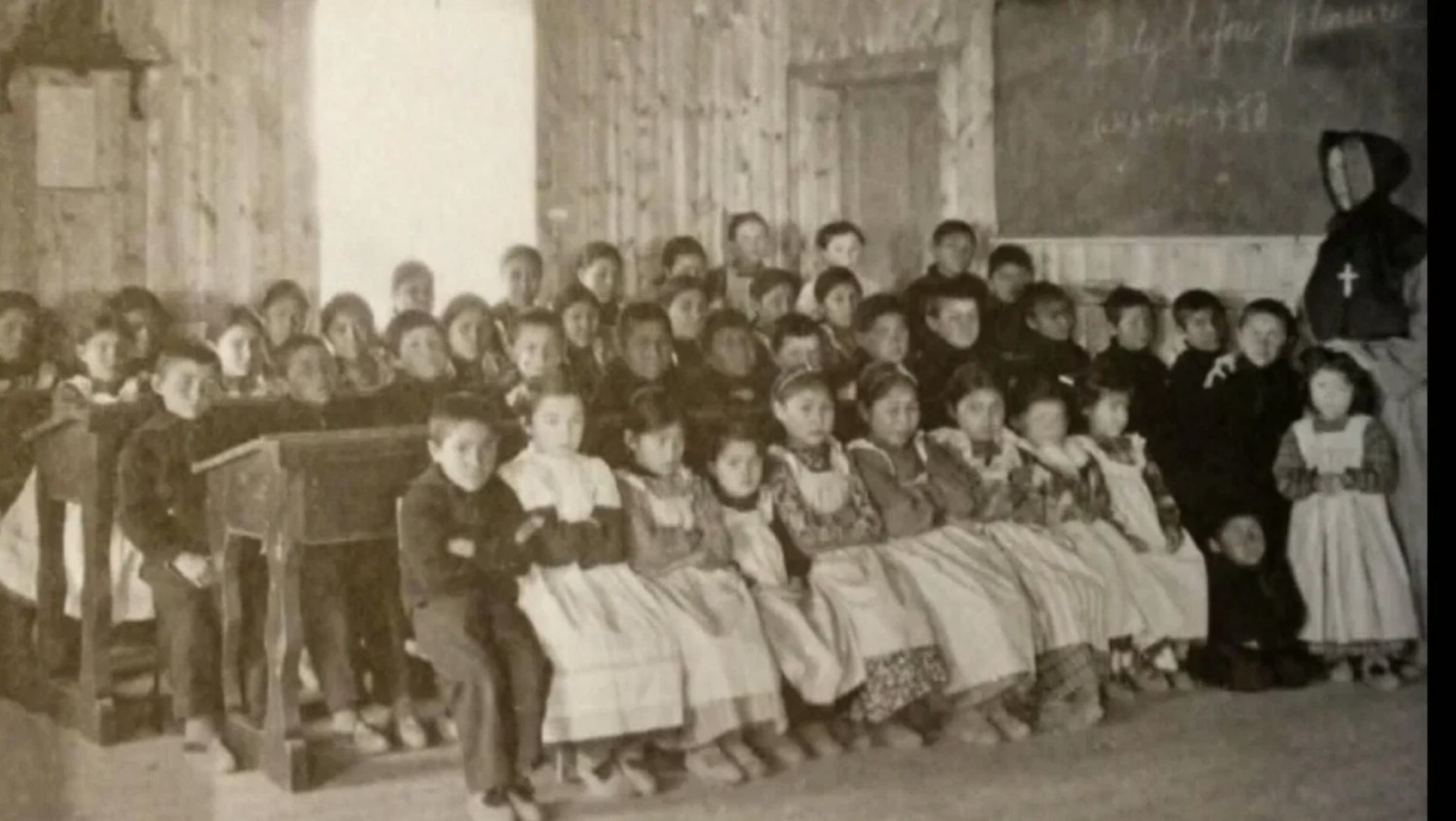 The Train of Tears

Larry Beardy travelled by train from Churchill, Manitoba, to the Anglican residential school in Dauphin, Manitoba—a journey of 1,200 kilometres. Larry remembers that as soon as the younger children realized that they were leaving their parents behind, they  cried. He called the trip the “train of tears.”

The Truth and Reconciliation Commission Report records a world of heartache.

Martin Nicholas of Nelson House, Manitoba, went to the Pine Creek, Manitoba, school in the 1950s. “My mom had prepared me in Native clothing. She had made me a buckskin jacket, beaded with fringes…. And my mom did beautiful work, and I was really proud of my clothes. That first day when I got to residential school they stripped us of our clothes.”

On her arrival at the Presbyterian school in Kenora, Ontario, Lorna Morgan was wearing “these nice little beaded moccasins that my grandma had made me to wear for school, and I was very proud of them.” They took her moccasins and threw them in the garbage.

The discovery of 215 unmarked graves on a former Kamloops Residential School property is an echo of those tears.

Survivors of residential schools have a shared memory – no adults smiled at the children.

Jocelyn and I spent the summer of ’79 on three Ojibwa and Cree reservations – Sachigo Lake, Fort Severn and Attawapiskat. Each reserve was accessible only by aircraft. Once the pilot flew away we were the only whites. Culture shock is an understatement. We arrived unprepared.

There are no do overs but there are new beginnings.

I am taking the free Indigenous Canada online course provided by the University of Alberta. It’s 21 hours long and well worth your time. Complete it in conjunction with reading the Truth and Reconciliation Report. The information is humbling.

The Truth and Reconciliation Commission stated, “The residential school system was based on an assumption that European civilization and Christian religions were superior to Aboriginal culture, which was seen as being savage and brutal.”

“When the school is on the reserve the child lives with its parents, who are savages; he is surrounded by savages, and though he may learn to read and write his habits, and training and mode of thought are Indian. He is simply a savage who can read and write. It has been strongly pressed on myself, as the head of the Department, that Indian children should be withdrawn as much as possible from the parental influence, and the only way to do that would be to put them in central training industrial schools where they will acquire the habits and modes of thought of white men.”

Our 21st century sensibilities amplify the impact of the word “savage.” It’s sobering to fully absorb MacDonald’s terminology. No matter how well intentioned or shaped by 19th century values, the words are sobering. As sobering as the use of the word “enemy.” The Bible uses “enemy” to characterize every human’s relationship with Father God.

“For if, while we were God’s enemies, we were reconciled to him through the death of his Son, how much more, having been reconciled, shall we be saved through his life!” Romans 5:10

Let us know if you take the UoA course and share you takeaways. How have the stories of residential schools affected you? Post a comment at the bottom.