MAPPING THE SOULSCAPE OF SPIRITUAL PRACTICE

Michael Yankowski is a writer, aspiring theologian and an urban homesteader. He was also a burned out motivational speaker.

A few years ago h 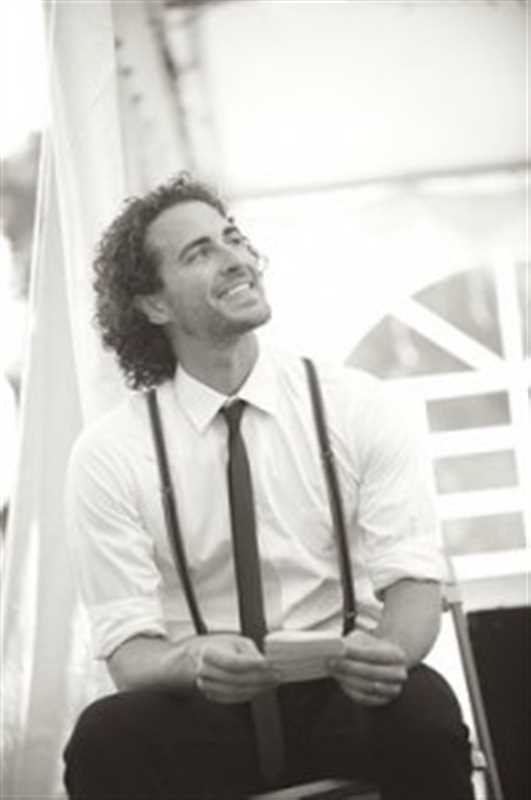 e headed east from Vancouver, BC to the rolling green farmland of the Fraser Valley and a Benedictine monastery. His friends highly recommended it to him as a healing balm from the frenzy of life.

One of the monks – a Luke Skywalker clone – suggested Michael take a “sacred year” dedicated to spiritual practices.

Spiritual practices, he said, are a way of “mapping your soulscape” – helping you become better acquainted with who you are, who God is and the people He has placed in your life.

What follows is a 354 page tome about a year long, sacred experience of “contemplating apples, digging a grave, growing tomatoes, living in a cave and befriending a dying woman.”

The Sacred Year is a synopsis of Michael’s year-long commitment to adopting both ancient and modern spiritual practices. His goal was to see to what kind of life-style and spiritual re-alignment to which they might lead.

Yankoski says, “Spiritual practices are like sailing. You learn to constantly be attentive to the wind and to respond to it. How is the wind blowing in your sails, what direction is it coming from, how fast is it going? Our attentiveness allows the wind to move us. Attentiveness to the wind is the art of sailing.

Attentiveness to the Spirit is the art of following Jesus.”

The Practice of Pruning

Yankoski learned a lot from “Sweet Maria,” an eighty-year-old Italian woman whose house is next to his community garden plot.

He decided to grow tomatoes. Maria tells him, “You have to prune if you want fruit to grow.”

There’s a fundamental law built in to the nature of the universe: limitations and boundaries enable fruitfulness.

If I hope for trees to become established, healthy and enduringly productive, I must be merciless in pruning them back during the winter months.

Our culture is adamant about disregarding the necessity of limitations and boundaries in all forms. Limits rub us the wrong way. We call, “Foul!”

The idea of not being able to do something I want to do is an affront to my sense of autonomy and my understanding of “freedom” as well.

Is freedom really the ability to throw of limits, to do without boundaries, to do whatever I want whenever I want?

Freedom is the abililty to choose and then act toward what is good. Freedom means both a lack of external coercion that prevents you from moving toward your purpose, and also a lack of internal coercion.

The tragic irony of today is we have been pushed toward a new kind of slavery by a rhetoric of freedom, liberty and self-determination. We now find ourselves mired in the intensely arrogant belief that the pinnacle of freedom is a society of individuals running around pursuing whatever they feel like without any thought whatsoever about what they’ve been created for.

Freedom is not the ability to crush ourselves down with unending piles of useless clutter, but instead the lightness that comes from de-cluttering physical, mental and emotional space of the causes and effects of the insatiable appetite for more.

I was provided with a free copy of The Sacred Year by BookLook Bloggers.

APPLICATION: Which of the spiritual practices listed have you profitable used? Please leave a comment below. Thank you.