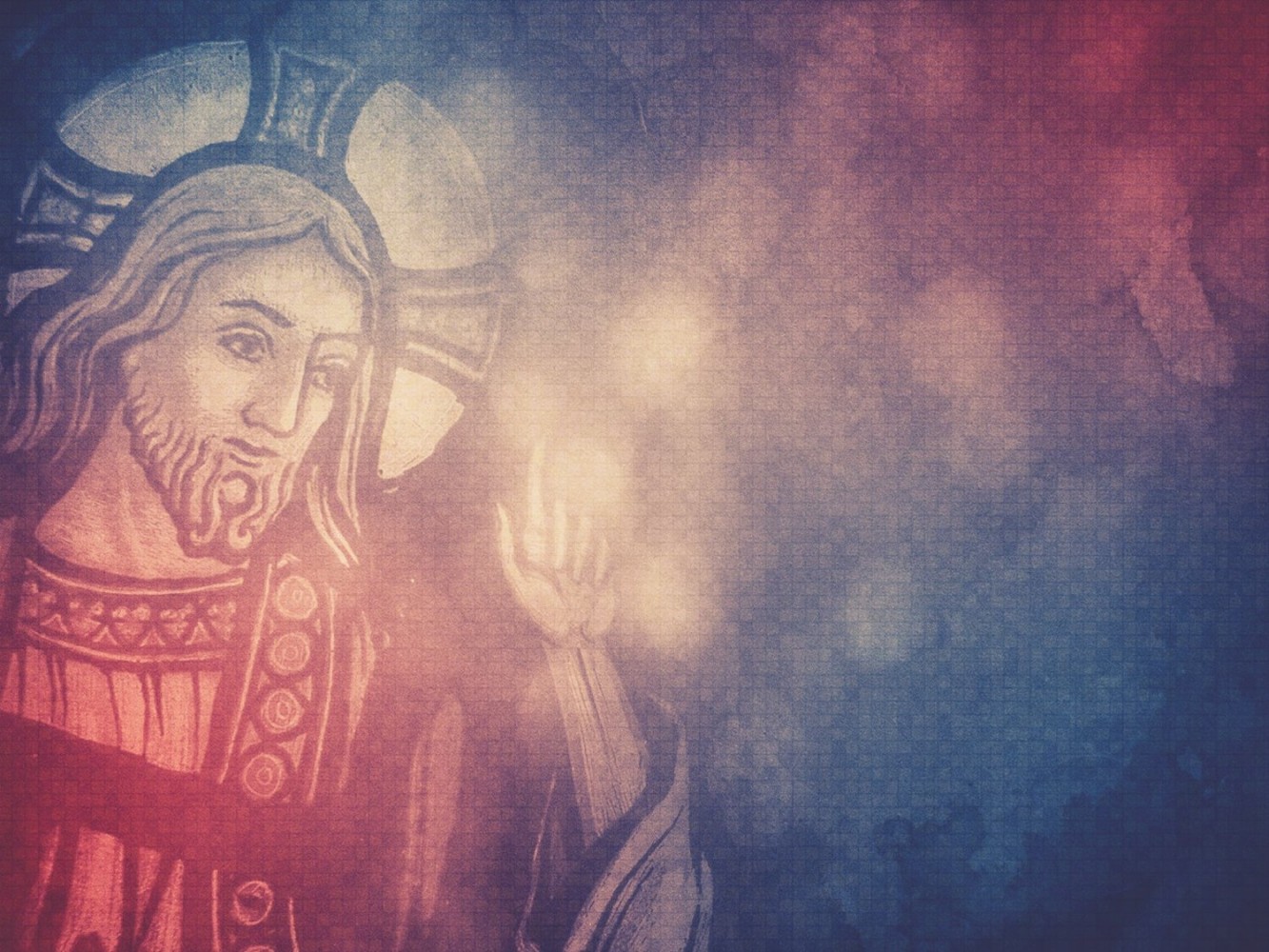 THE RAGMAN, THE CHRIST

I stumbled upon a story most strange, like nothing in my life. Nothing had ever prepared me for the Ragman.

An Easter story of death and resurrection for Christmas in a modern metaphor, by Walter Wangerin.

Even before the dawn one Friday morning I noticed a young man, handsome and strong, walking the alleys of our City. He was pulling an old cart filled with clothes both bright and new, and he was calling in a clear tenor voice: ‘Rags!’ Ah, the air was foul and the first light filthy to be crossed by such sweet music. ‘Rags! New rags for old! I take your tired rags! Rags!’

‘Now this is a wonder,’ I thought to myself, for the man stood six-feet-four, and his arms were like tree limbs, hard and muscular, and his eyes flashed intelligence. Could he find no better job than this, to be a Ragman in the inner city?

I followed him. My curiosity drove me. And I wasn’t disappointed.

Soon the Ragman saw a woman sitting on her back porch. She was sobbing into a handkerchief, signing, and shedding a thousand tears. Her knees and elbows made a sad X and her shoulders shook. Her heart was breaking.

The Ragman stopped his cart. Quietly, he walked to the woman, stepping round tin cans, dead toys, and Pampers.

‘Give me your rag,’ he said gently. ‘and I’ll give you another.’

He slipped the handkerchief from her eyes. She looked up, and he laid across her palm a linen cloth so clean and new that it shined. She blinked from the gift to the giver.

Then, as he began to pull his cart again, the Ragman did a strange thing: he put her stained handkerchief to his own face; and then he began to weep, to sob as grievously as she had done, his shoulders shaking. Yet she was left without a tear.

‘This is a wonder,’ I breathed to myself, and I followed the sobbing Ragman like a child who cannot turn away from mystery.

A Bonnet for a Bandage

In a little while, when the sky showed grey behind the rooftops and I could see the shredded curtains hanging out black windows, the Ragman came upon a girl whose head was wrapped in a bandage, whose eyes were empty. Blood soaked her bandage. A single line of blood ran down her cheek.

Now the tall Ragman looked upon this child with pity, and he drew a lovely yellow bonnet from his cart.

‘Give me your rag,’ he said, tracing his own line on her cheek, ‘and I’ll give you mine.’

The child could only gaze at him while he loosened the bandage, removed it, and tied it to his own head. The bonnet he set on hers. And I gasped at what I saw: for with the bandage went the wound! Against his brow it ran a darker, more substantial blood — his own!

The sun hurt both the sky, now, and my eyes; the Ragman seemed more and more to hurry.

‘Are you going to work?’ he asked a man who leaned against a telephone pole. The man shook his head. The Ragman pressed him: ‘Do you have a job?”

‘Are you crazy?’ sneered the other. He pulled away from the pole, revealing the right sleeve of his jacket — flat, the cuff stuffed into the pocket. He had no arm.

So much quiet authority in his voice!

The one-armed man took off his jacket. So did the Ragman — and I trembled at what I saw: for the Ragman’s arm stayed in its sleeve, and when the other put it on, he had two good arms, thick as tree limbs; but the Ragman had only one.

New Clothes for an Old Blanket

After that he found a drunk, lying unconscious beneath an army blanket, an old man, hunched, wizened, and sick. He took that blanket and wrapped it round himself, but for the drunk he left new clothes.

And now I had to run to keep up with the Ragman. Though he was weeping uncontrollably, and bleeding freely at the forehead, pulling his cart with one arm, stumbling for drunkenness, falling again and again, exhausted, old, old, and sick, yet he went with terrible speed. On spider’s legs he skittered through the alleys of the City, this mile and the next, until he came to its limits, and then he rushed beyond.

I wept to see the change in this man. I hurt to see his sorrow. And yet I need to see where he was going in such haste, perhaps to know what drove him so.

On A Hill in a Landfill

The little old Ragman — he came to a landfill. He came to the garbage pits. And I waited to help him in what he did but I hung back, hiding. He climbed a hill. With tormented labor he cleared a little space on that hill. Then he signed. He lay down and pillowed his head on a handkerchief and a jacket. He covered his bones with an army blanket. And he died.

Oh how I cried to witness that death! I slumped in a junked car and wailed and mourned as one who has no hope — because I had come to love the Ragman. Every other face had faded in the wonder of this man, and I cherished him; but he died. I sobbed myself to sleep.

I did not know — how could I know? — that I slept through Friday night and Saturday and its night too.

But then, on Sunday morning, I was wakened by a violence.

Light — pure, hard, demanding light — slammed against my sour face, and I blinked, and I looked, and I saw the first wonder of all. There was the Ragman, folding the blanket most carefully, a scar on his forehead, but alive! And, besides that, healthy! There was no sign of sorrow or age, and all the rags that he had gathered shined for cleanliness.

Well, then I lowered my head and, trembling for all that I had seen, I myself walked up to the Ragman. I told him my name with shame, for I was a sorry figure next to him. Then I took off my clothes in that place, and I said to him with dear yearning in my voice: ‘Dress me.”

A thrill of hope, the weary world rejoices
For yonder breaks a new and glorious morn
Fall on your knees, O hear the angel voices,
O night, O night divine, O night when Christ as born.

Have you read of the Ragman? Please leave a comment about when you met the Ragman, at the bottom of this page. Thank you.