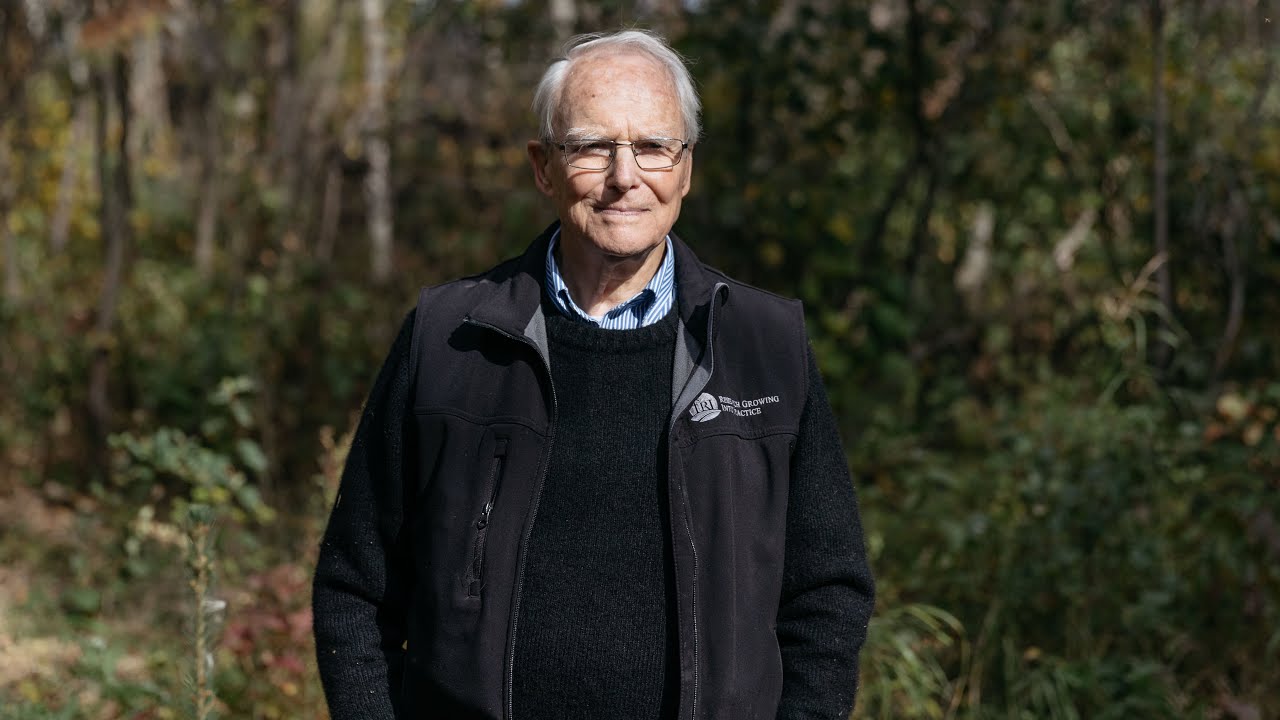 Dr. Peter Murphy was a legend as well as a lecturer, known to virtually every forester in Alberta and many across Canada. His favorite place in the world was in the Alberta forests and mountains. A close second was anywhere with anyone he could pass on his passion for forestry. Peter spent the last day of his 90 years, tending the White Spruce Forest in St Albert.

On November 14th, I stood by Peter’s graveside with 15 members of his family, leading a physically distanced memorial service. Beechmount is Edmonton’s oldest cemetery and features tree-lined roads, a fitting resting place for a lover of forests.

Peter felt ill after coming home from tending trees in the Grey Nuns White Spruce Park as he had done almost every day for years. “He was really passionate about forestry. He loved trees and loved the regeneration of trees,” says his daughter Sharon. “The reason he was so keen on building up the White Spruce Forest was to make it a legacy for people in St. Albert to enjoy.”

Sharon called the day after her father passed and asked if I would help with his memorial service. Peter had attended North Pointe with Sharon when I was the pastor.

Peter was renowned in St. Albert for his work with trees. His analysis of a 161-year-old tree from the White Spruce Park confirmed that the forest there predated the city by several decades.

Peter established the Forestry Training School in Hinton and was instrumental in the creation of the NAIT and University of Alberta forestry programs. He headed the Park Ranger program in 1956 and was the first Director of the Hinton Training Program. In 1973 he began working at the University of Alberta as a professor and chair of the newly created Faculty of Forestry program. He subsequently became the Associate Dean of the Faculty. He was the President of the Forest History Association of Alberta.

Trees in the Bible

Trees are mentioned in the Bible more than any living thing, next to God and people.

Trees are the oldest living things on earth. There are trees alive today that were already ancient in the time of Jesus. God is always trying to teach humans to think long-term. Trees can live as long as 10,000 years. Living just three score and ten years, we get blinded by short-term gain and lose sight of eternity.

God wants us to see the forest and the trees.

The symbol for resiliency? A tree.

It’s the resiliency of trees that kept Peter in forestry. Kevin Ma, St Albert Gazette, interviewed Peter in 2010 and asked why he dedicated so much of his life to forestry. “It’s such an exhilarating sight to see a young stand with all those leaders (young trees) reaching for the sky.”

In the middle of a pandemic, the long view is a wise view. Trees living today were ancient when the flu pandemic of 1918 raged through Canada.

If you are feeling unsettled today, let Peter Murphy’s love of trees inspire you to build resiliency and keep your eyes on eternity.

There is a season for everything. Ecclesiastes 3:11 reminds us,

“God has made everything beautiful in its time.

He has also set eternity in the human heart…”

Did you know Peter Murphy? Have you walked through the White Spruce Forest in St Albert?  Please write a comment at the bottom of this post in his honour.