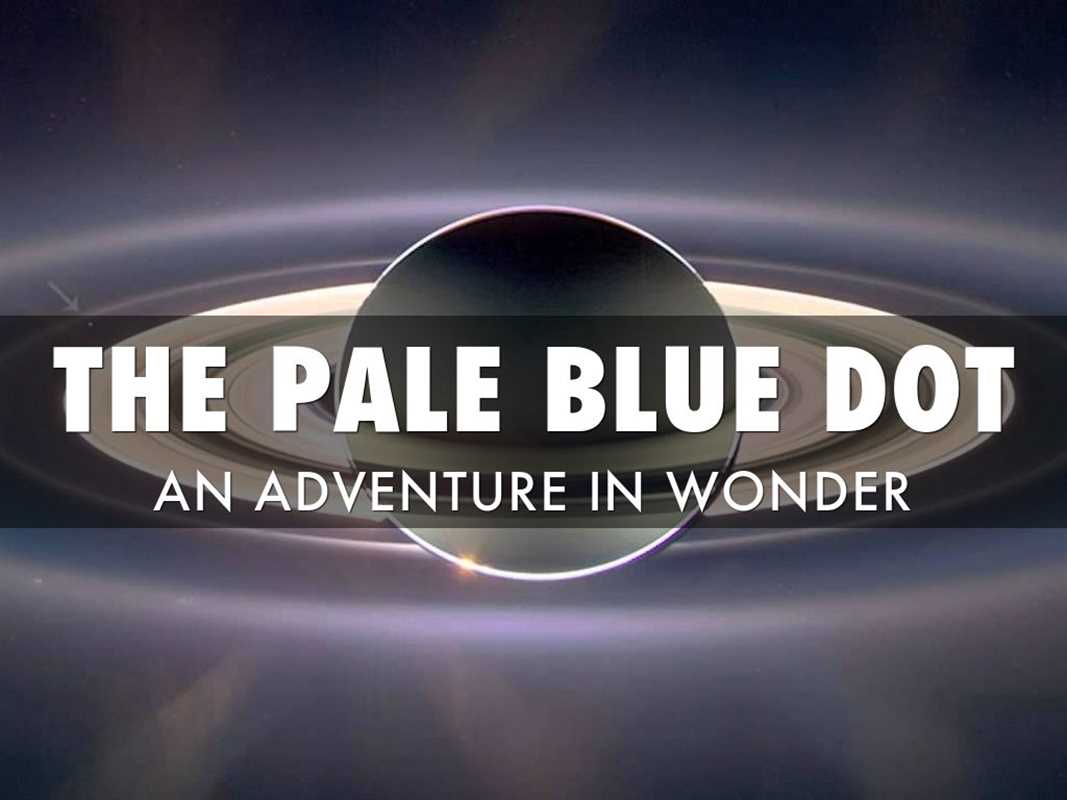 No subject in astronomy is more intriguing than the “pale blue dot” – the first solar system selfie.

The immortal image is Planet Earth on February 14, 1990, taken by the Voyager 1 space probe from a distance of about 6 billion kilometers. (Can you see yourself waving?)

Voyager 1 had completed its primary mission and as it left our solar system took one last photograph of Earth.

Of the 640,000 individual pixels that compose each frame, Earth takes up 0.12 pixels, according to NASA. 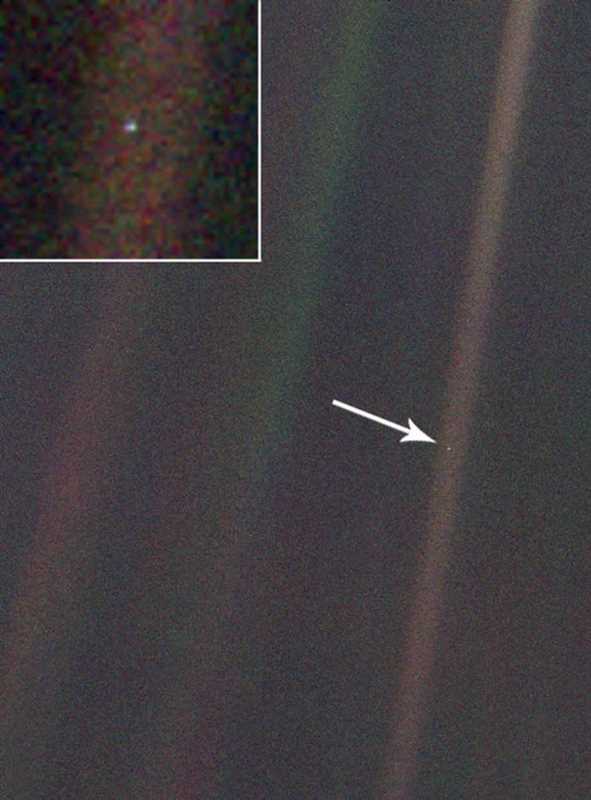 A Mote of Dust Suspended on a Sunbeam

The aggregate joy and suffering of

every young couple in love,

every mother and father,

every hopeful child, inventor and explorer,

every saint and sinner

in the history of our species lived, as Carl Sagan noted, “…on a mote of dust suspended in a sunbeam.” 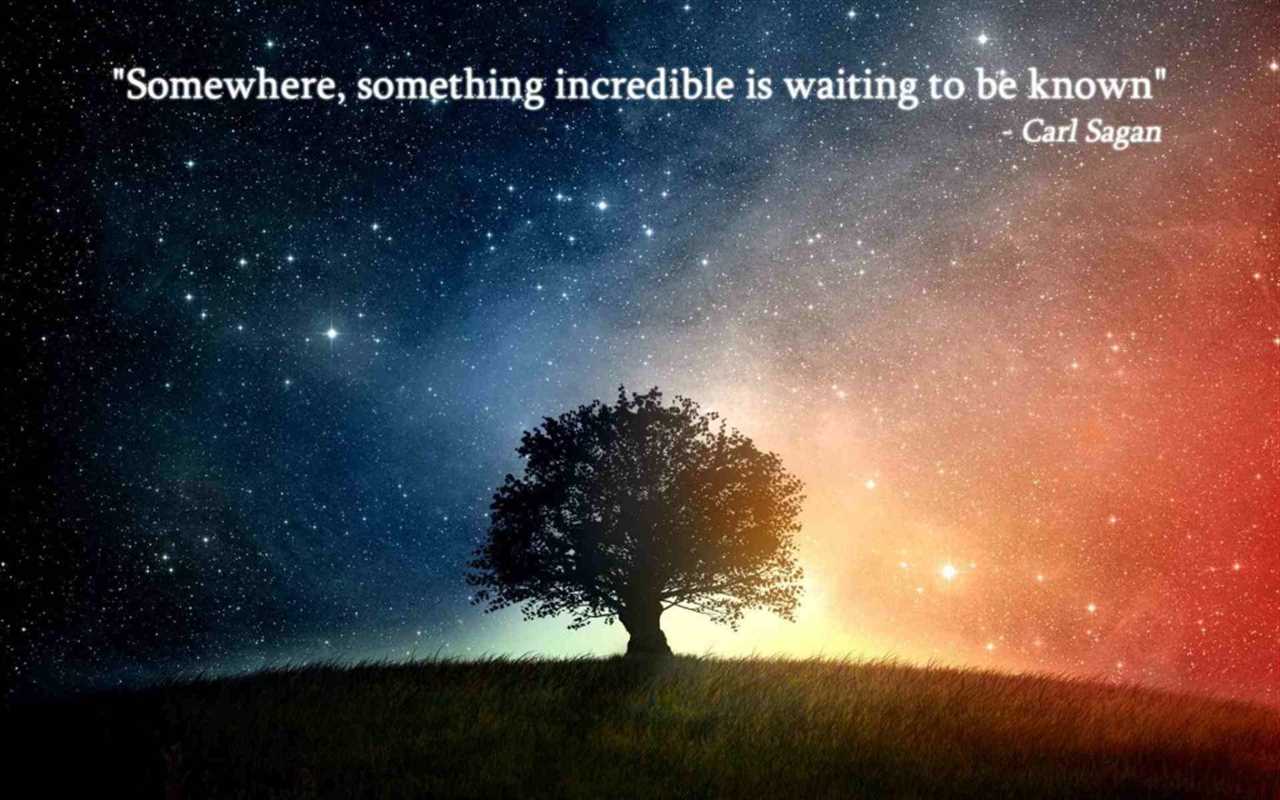 His voyage of discovery was awed by creation.

Sagan’s first trip to the library at age five was in search of a book to answer questions about stars. “…the answer was stunning. The scale of the universe suddenly opened up to me. It was a kind of religious experience. There was a magnificence to it, a grandeur, a scale which has never left me.” 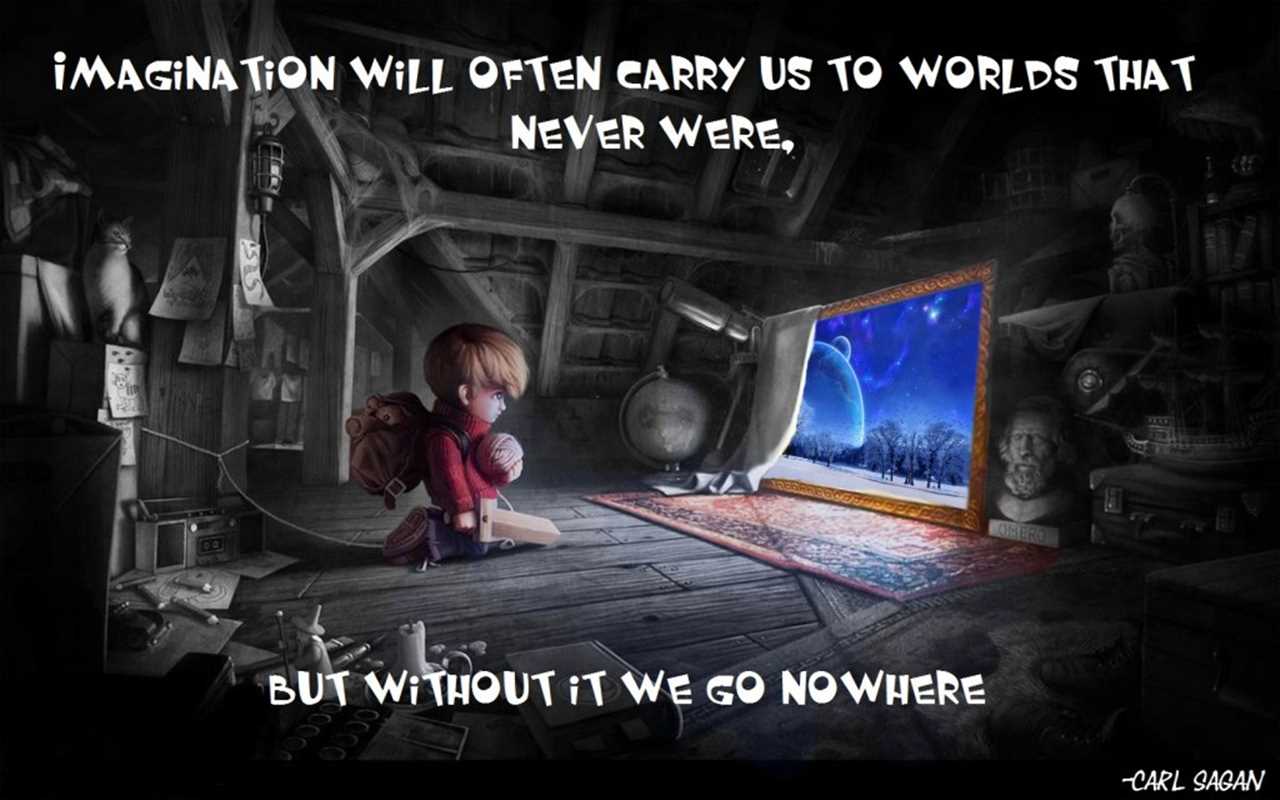 The Science of IF

1. IF the earth had not been tilted exactly as it is, vapors from the oceans would move both north and south piling up vast continents of ice.

2. IF the moon were only 50,000 miles away from Earth instead of 250,000, the tides would be so enormous that all continents would be submerged in water. Even the mountains would be eroded.

3. IF the crust of the earth had been only 10 feet thicker there would be no oxygen and without it all animal life would die.

4. IF the oceans had been a few feet deeper, carbon dioxide and oxygen would have been absorbed and no vegetable life would exist.

The earth’s weight has been estimated at 6 sextillion tons, yet it is perfectly balanced. It rotates daily around an invisible axis held in place by unseen bands of gravitation at the rate of more than 1000 mph for 25,000 miles each day. This adds up to 9 million miles a year.

5. IF you were to hold out a dime arm’s-length while gazing at the night sky the coin would block out 15 million stars from your view.

This is science speaking, not the Bible.

What does the Bible have to say?

“God spoke” and everything came into existence. Genesis 1:3

Are your ears ringing?

APPLICATION: Are you a stargazer? Please leave a comment below. Thank you.