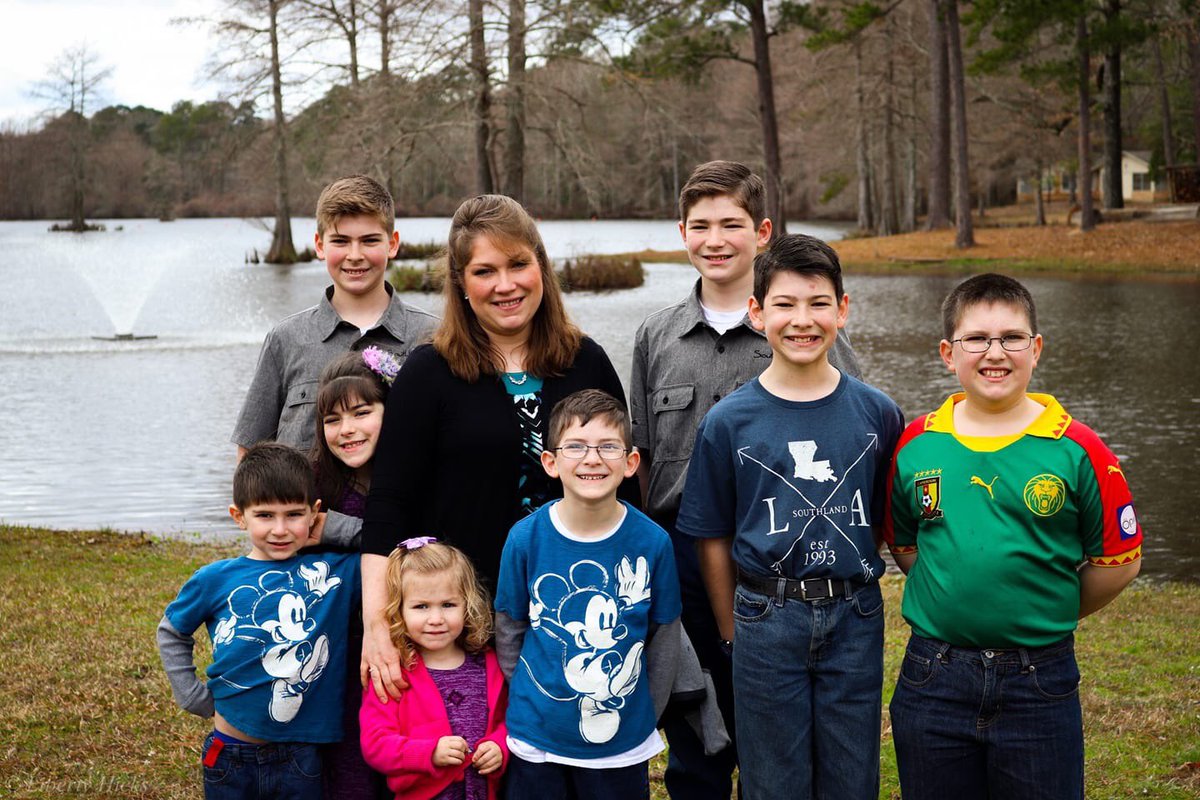 THE ONE WHERE JESUS SAYS YOU’RE GOING TO BE OK

Over coffee I’ve listened to many people say, “I struggle with my faith. It’s funny because I believe very powerfully in God and all that He can do and yet I have so many doubts.”

Does God hear my prayers?

Is the Bible really true?

Will God lead me and keep me safe?

With so much suffering how can you believe God to be good?

Is God really in control?

Stephanie Williams grew up in Indiana. Hers was a typical mid-west American upbringing. Every Sunday her family took Steph to church, and Sunday School. From a young age she knew God was calling her to be a missionary. Fast forward to when she met Charles Wesco, a young man who equally felt called to be a missionary. They married, had eight kids all while Charles served as a pastor. In 2015 the Wescos felt God was directing them to become missionaries to Cameroon, a nation tearing apart from civil war. The following three years were spent training and raising money.

Charles and Stephanie went all in by selling everything they owned, including their home.

The Wescos taught and lived by the saying, “Life begins at the end of your comfort zone.” After tearful farewells to family and friends they left their comfort zone and followed their dream. On October 18th, 2018 all ten Wescos arrived in Cameroon and started to settle in to their new life. 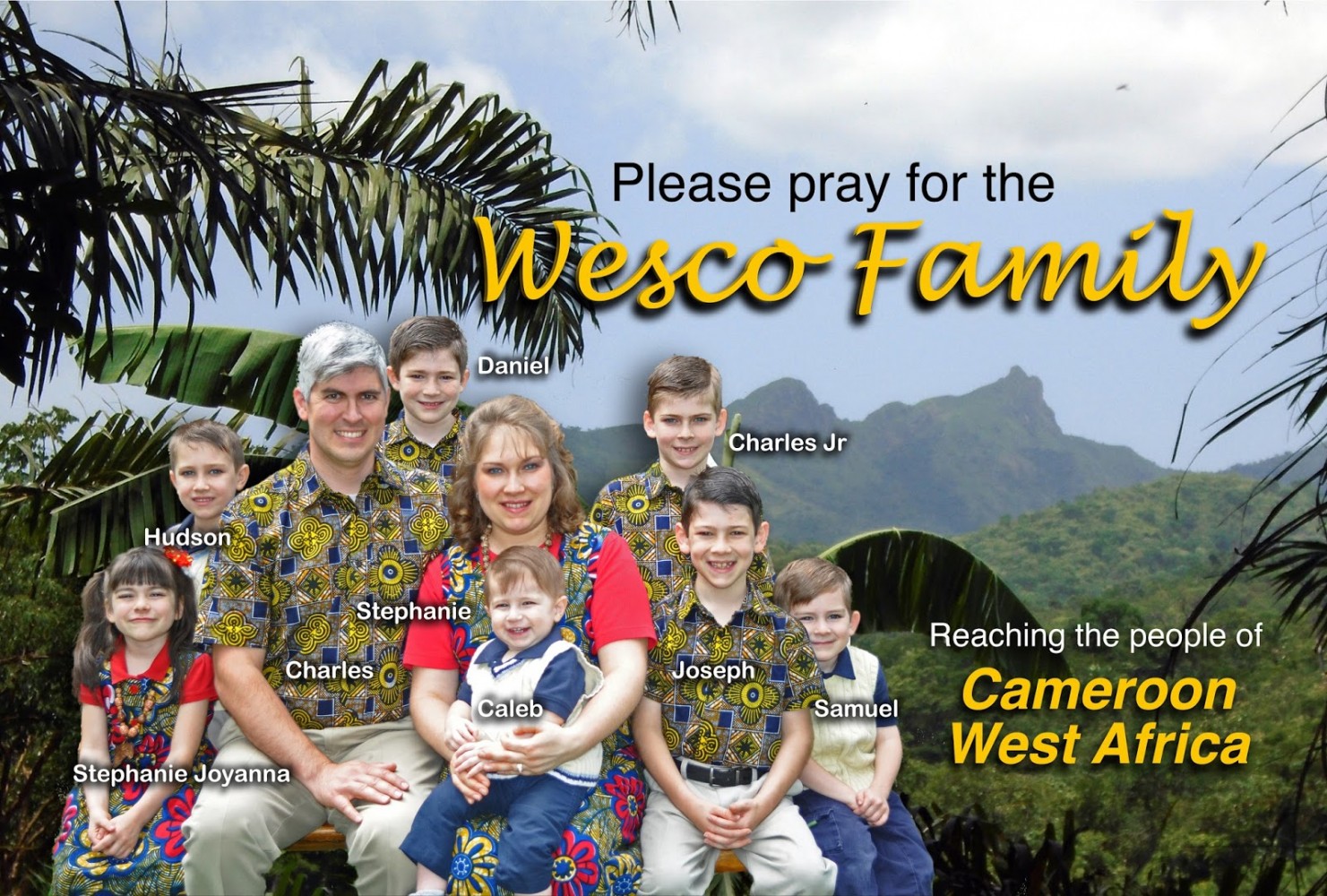 Twelve days later Stephanie and Charles were traveling in a vehicle with an experienced missionary. They were out shopping in a “safe” zone, supposedly far away from rebel violence. Their conversation died suddenly as bullets penetrated the windshield, striking Charles twice. He was gone in an instant.

Charles Wesco prepared his whole life to serve God. He dedicated his marriage, parenting and career to serving God. Three years were spent raising money to go to Cameroon, the place God was calling him to. He was in place for 12 days. Stephanie, now a widow with eight children ages 2-13 grieved, “I want to wake up from this horrific nightmare.”

What do you do when your dream becomes a nightmare?

All In The Family

John the Baptist was a cousin to Jesus – the first prophet in Israel in over 400 years. John spent his whole life preparing. He lived in the desert, wore a cloak made of camel’s hair and subsisted on a diet of locusts. He was popular with a huge following.

John knew he was chosen by God to be the messenger of the Messiah. He was certain of his mission and lived on purpose. Set apart. Obedient. Powerful. He baptized those who responded to his preaching in the Jordan River. Jesus called him “the greatest man who ever lived.”

John saw the Spirit of God like a dove descend on Jesus. He heard a voice from heaven. “This is my beloved Son.”

What If I Was Wrong?

What is clear is that when the revelation came it was an overwhelming experience for John. He saw the Messiah. He began to promote Jesus as the Messiah. When his followers followed Jesus he celebrated their choice. “He must increase. I must decrease.”

But then John not only decreased he disappeared.

John languished in a filthy prison for over 18 months. He had expected this. Prophets who rebuke sinful kings usually do not fare well. What he hadn’t expected was to be tormented by such oppressive doubts and fears. John had never doubted that Jesus was the Christ. But stuck alone in this cell he was assaulted by horrible, accusing thoughts.

“Why wasn’t something important happening? When is Jesus going to start the kingdom? When will our oppressors be judged?  Is Jesus really the Messiah? What if I was wrong?” 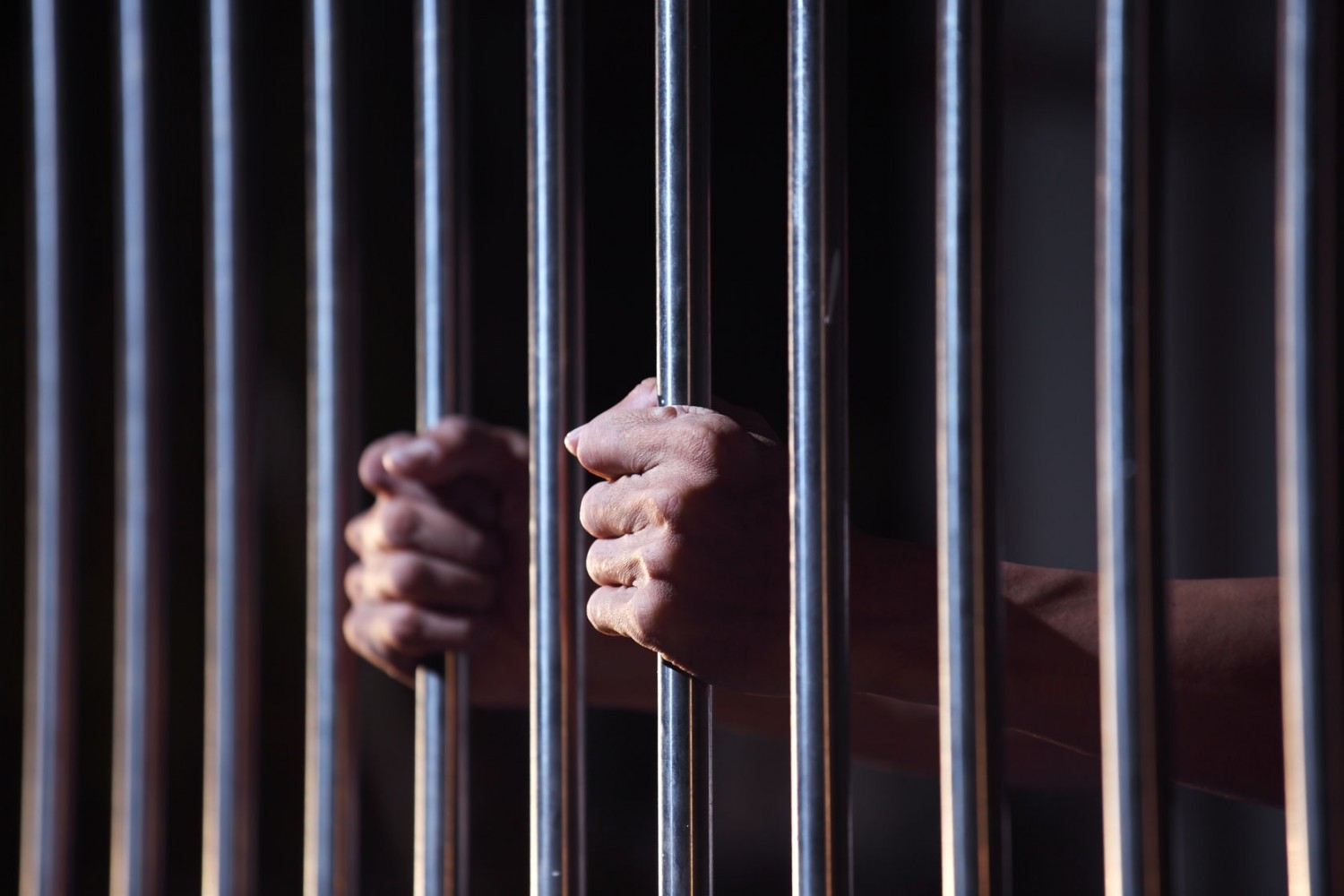 A Crisis of Faith

John had expectations. Messiah would overthrow the Roman oppressors, and establish a kingdom of freedom, peace, righteousness. None of this was happening.

He tried to recall all the prophecies and signs that had seemed so clear to him before. But it was difficult to think straight. Comfort just wouldn’t stick to his soul. Doubts buzzed around his brain like the flies around his face. The events he witnessed that had been so compelling had lost their effect.

Can you relate? Have you been through a time when you felt overwhelmed? Your questions of God had no answers? Circumstances were not working out? Dreams became a nightmare?

The disconnect between how John thought things should work and how life actually turned out produced a crisis of faith and hope.

“When John, who was in prison, heard about the deeds of the Messiah, he sent his disciples 3 to ask him, “Are you the one who is to come, or should we expect someone else?” 4 Jesus replied, “Go back and report to John what you hear and see: 5 The blind receive sight, the lame walk, those who have leprosy are cleansed, the deaf hear, the dead are raised, and the good news is proclaimed to the poor. 6 Blessed is anyone who does not stumble on account of me.” Matthew 11:2-6 (NIV)

John’s fundamental error was he was mistaken about the Messiah’s work and the future. Jesus was not what John expected. But Jesus is what God intended. Faith in God doesn’t follow a script—even if that script is the Bible.

When you challenge your outlook, you change your life.

What if God is not acting like you expect Him to? What if your questions or doubts are not evidence of a lack of faith but are evidence of God’s prompting in your life? Challenging your outlook.

So John sent two of his closest disciples to ask Jesus, “Are you the one who is to come, or shall we look for another?”

Jesus invited John’s friends to sit near him as he healed the sick and delivered many from demonic prisons.

“Tell John what you have heard and seen: the blind receive their sight, the lame walk, lepers are cleansed, and the deaf hear, the dead are raised up and the poor have the gospel preached to them.”

John would recognize those words. Jesus used words from a prophecy from Isaiah – a familiar prophecy about the Messiah. Jesus is saying, “I am the Messiah.” Jesus uses Old Testament verses to comfort John. This promise would bring the peace John needed to sustain him for the few difficult days he had remaining.

Jesus leaves out one part of the Scripture – about setting the captives free. It’s a message to John. He would remain in prison. But not saying this he told John everything he needed to know.

And tell him, ‘God blesses those who do not turn away because of me.'” (NLT) 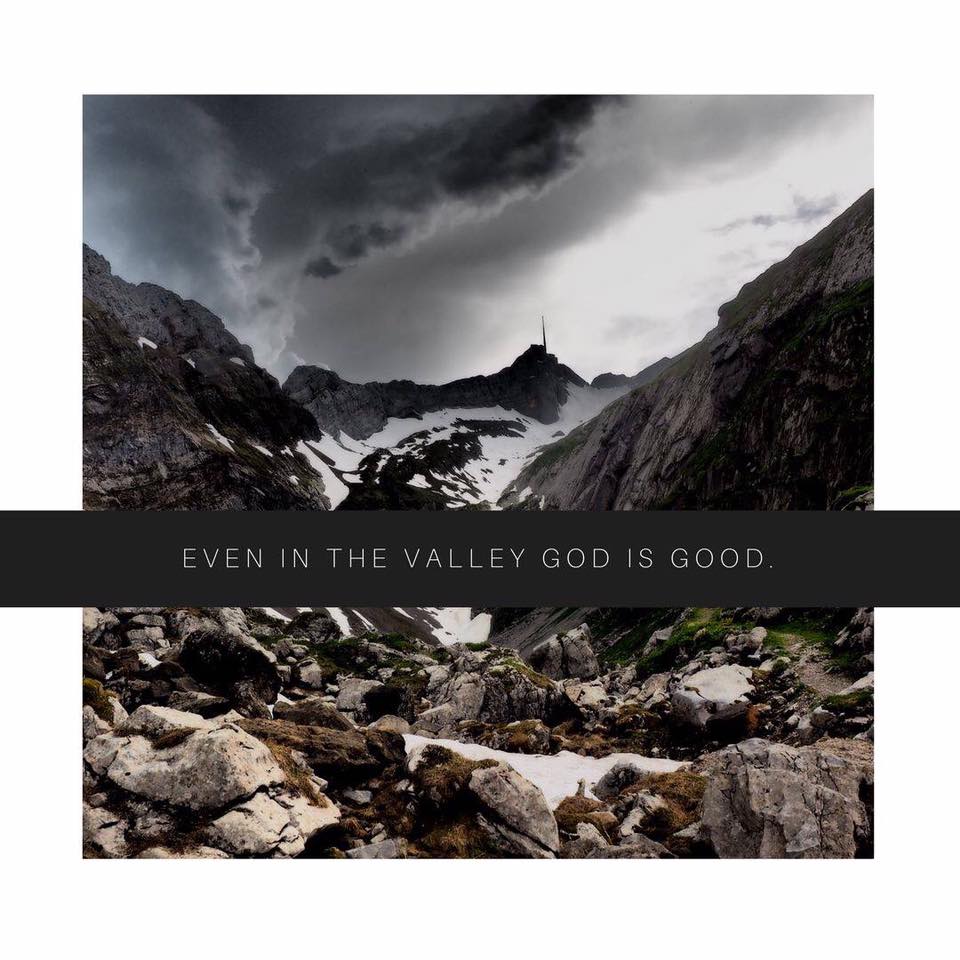 Doubt Is Common To Faith

One thing people of faith have in common is doubt.

The longer I’ve lived and the more I’ve sought to know and understand God, the more I’m certain that doubts are essential to spiritual maturity.

The wrong response to doubting and questioning is to keep people in a bubble – or simply to dismiss their questions and exhort them to “pray harder,” “read the Bible,” or “just believe.”

The better response is to teach how to challenge your outlook.

1. Learn to doubt your doubts. Be honest with the fact you have doubts. Believers who don’t have doubts are dangerous. People don’t know how to doubt can be encouraged to develop critical thinking. Be merciful to the doubtful.

2. Doubting isn’t smarter than believing. Why would we doubt our faith or beliefs or convictions but we don’t doubt our doubts?

3. Ask honest questions. Questioning your beliefs is the best defense against questioning God. Distinguish between your ideas about God from who God is.

4. Faith is not 100% certainty. Faith is not finite answers to infinite questions. If you were completely certain of everything you wouldn’t need faith. Without faith it’s impossible to please God.

5. The opposite of faith is not doubt; it’s when you have it all figured out.

Faith is not fantasy. Faith is founded in fact. Jesus of Nazareth rose from the dead is grounded in reliable accounts from eyewitnesses and persons informed by those who saw a formerly dead man alive.

The documentary evidence is sound, and those bearing witness to what they saw made clear they meant what they said. Peter, one of the eyewitnesses explained years later, “We did not follow cleverly devised myths when we made known to you the power and coming of our Lord Jesus Christ, but we were eyewitnesses” (2 Pet. 1:16).

The insistence of Jesus’s early followers that what they asserted was true implies they knew it sounded incredible. That’s why they went to such lengths to provide careful accounts of what they’d seen and heard. The Gospel accounts have no ring of fantasy about them.

6. Doubt confronted will make faith stronger. The struggle you’re in today is building the faith you’ll need for tomorrow.

7. Let your doubts lead you to worship.

Intellectual and spiritual growth will lead you, not to overconfidence in your ability to figure God out but to your knees in worshiping a good God who is beyond figuring out.

You’re Going To Be OK

And as in Stephanie Wescos’ case, forgiveness.

“His life focus was seeking to cause others to love Jesus and serve him. My prayer is that somehow, someway Jesus will be glorified through Charles’ death and that God will not let his death have been in vain.”

In April 2019 Stephanie was diagnosed with tumors in her liver. Her eight children were threatened with losing both parents to tragic circumstances. The tumors were found to be benign but even before the diagnosis Stephanie was steadfast in her hope that God will see them through this.

Hurts will be healed.

Difficulties will be overcome.

You’re going to be OK.

APPLICATION: How have you doubted your doubts? Please leave a comment below.