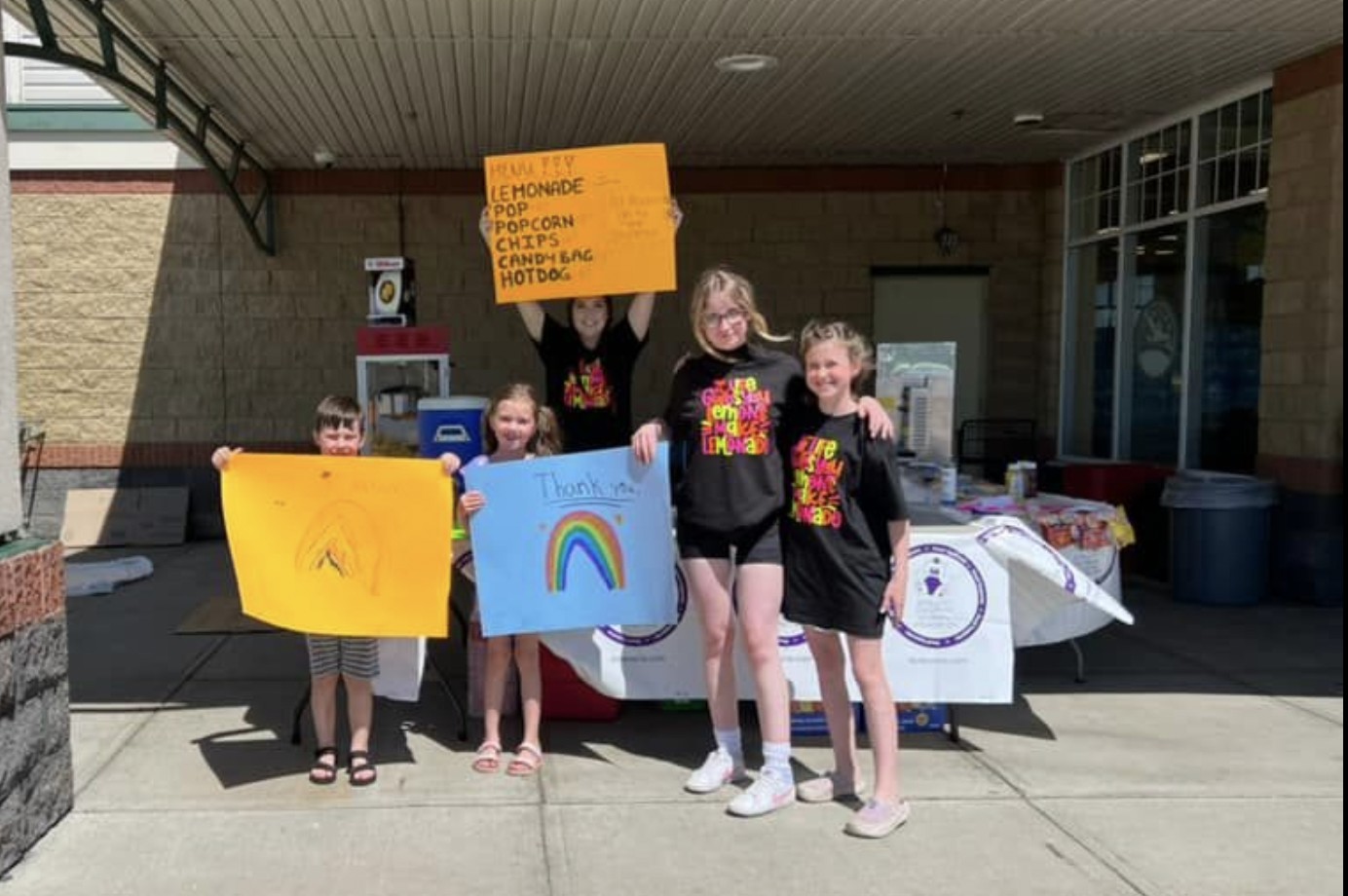 Sydney and Taylor Woodworth and their friends don’t just turn lemons into lemonade, they masterminded an endeavour that helps seriously ill children find hope and in the process learned that giving makes you feel like a million dollars. 2022 is the 13th and final year for the Lemonade Stand. Their work is one of the top feel good stories of my life.

(Donate online to their cause via the link at the bottom of this post.)

When Sydney was five, her kindergarten classmate Moses Felix died of leukemia. Moses was the first person the girls knew who died. And he was a kid…it could have been her. Broke all of their hearts, knowing the pain the family was going through.

The girls wanted to do something to try to show they cared. Syd’s parents had talked about all the wonderful doctors and nurses at the Stollery where Moses lived out a lot of his little life. They talked about all of the other kids and their families that were going through it now too.

They talked about how lucky we are to have the Stollery that has the best of the best to offer all of the kids in western Canada.

Sydney and her sister Taylor decided to host a lemonade stand and whatever money they raised they would donate to the Stollery.

They opened their 1st lemonade stand in the Woodworth’s north Edmonton driveway on July 26, 2009.

Lisa, their mom, simply posted on her Facebook page, “The girls are doing a lemonade stand today, and tomorrow. All proceeds to the Stollery (The Edmonton Stollery Children’s Hospital). They’re selling snow cones, some sort of drink, dog treats, water for dogs, jumbo freezies.” 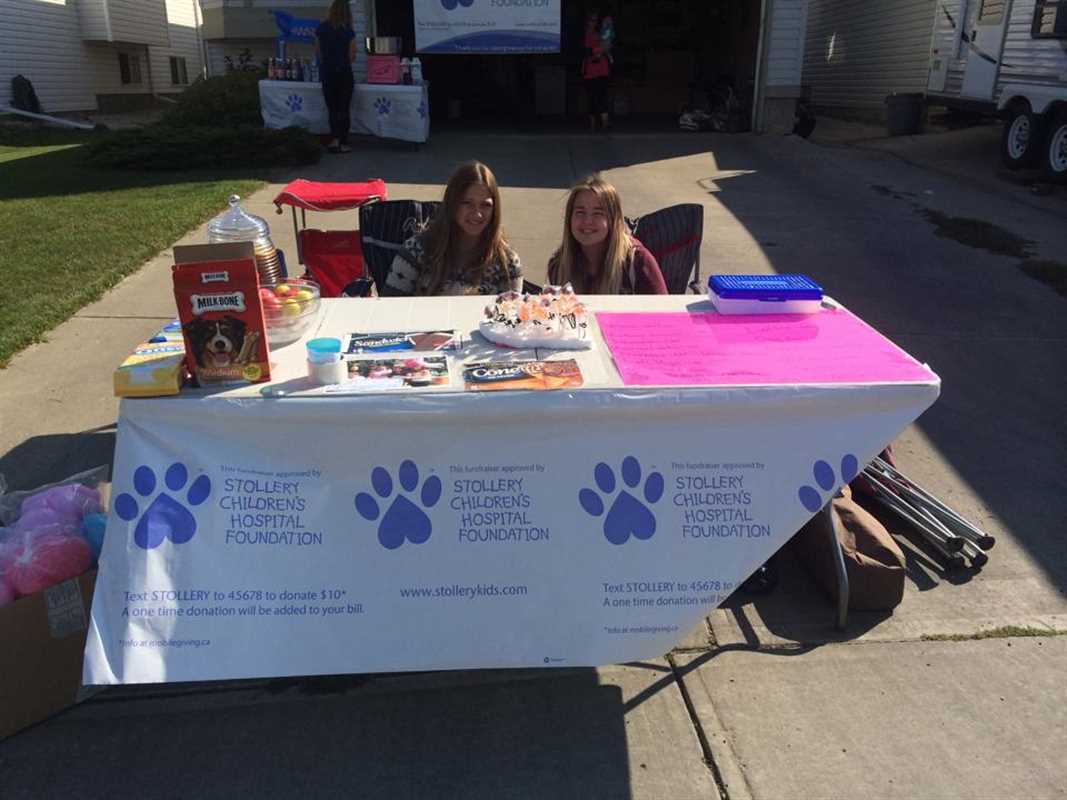 They thought they might raise $40….they were blown away when they raised $250!

The next year they doubled it and gave the Stollery a check for $500!

The girls worked their fingers to the core that year and the weather wasn’t cooperating much but still they got to the $1000 mark. That year when they went to present the check, the Stolley brought out an over-sized check. The girls felt even more amazing from that and it fueled them for the next year. 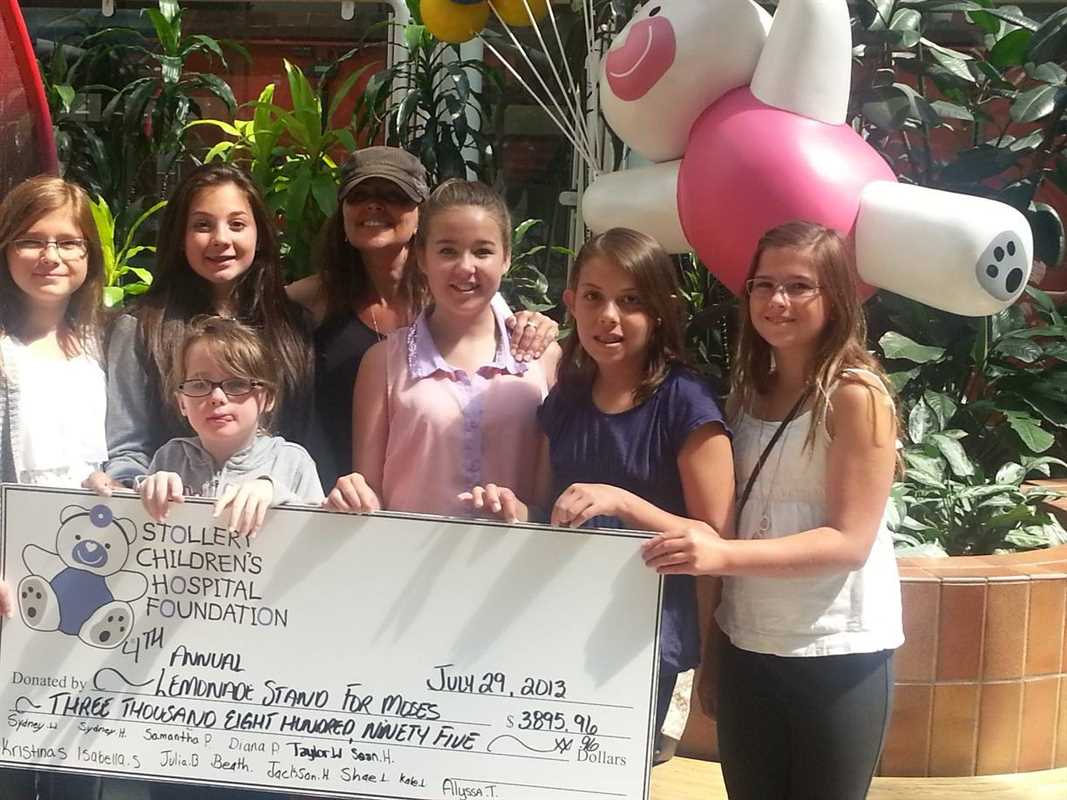 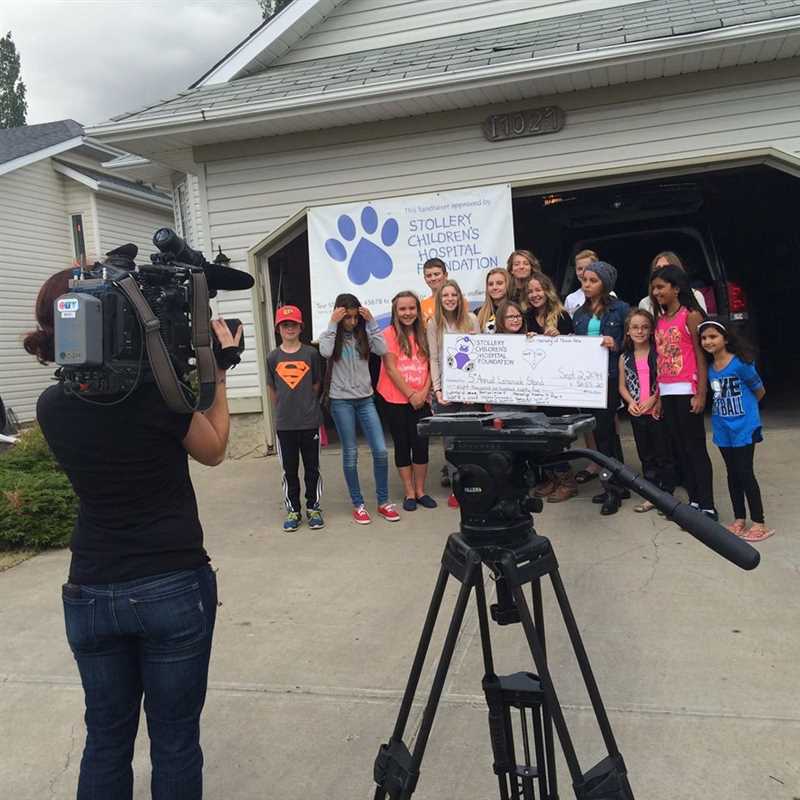 Eight years later they outgrew the driveway and were situated at the Namao Centre (9611 167 Ave.) in the Sobey’s parking lot.  Their stand has been visited by radio hosts, TV news anchors, players from the Oilers, Eskimos, now Elks.

Most importantly, Syd and her friends raised over $60,000 for the Stollery Children’s Hospital! 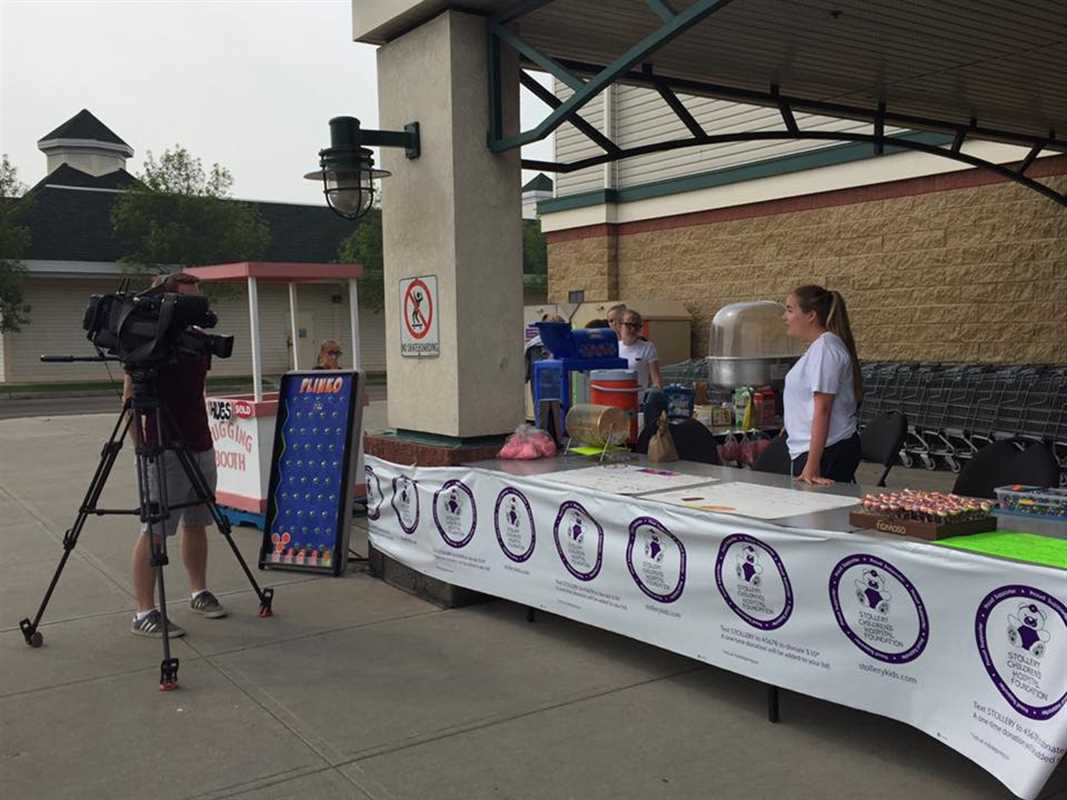 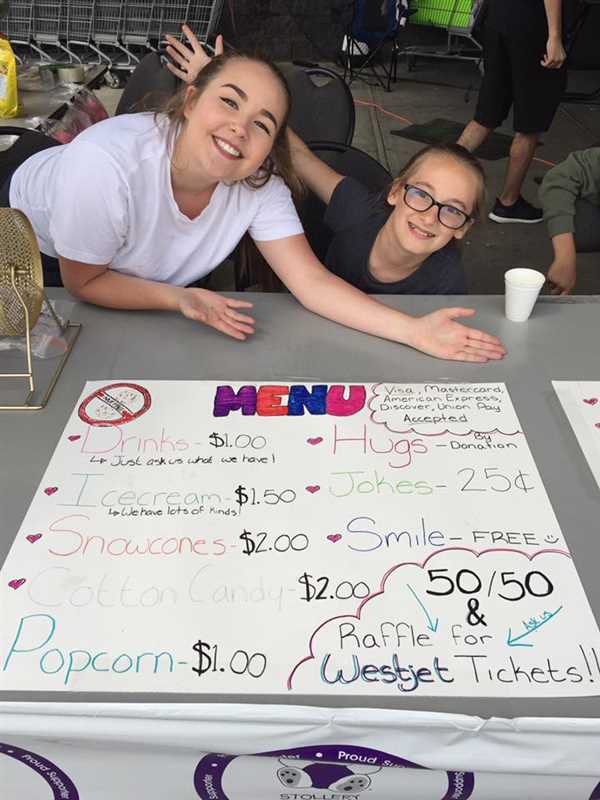 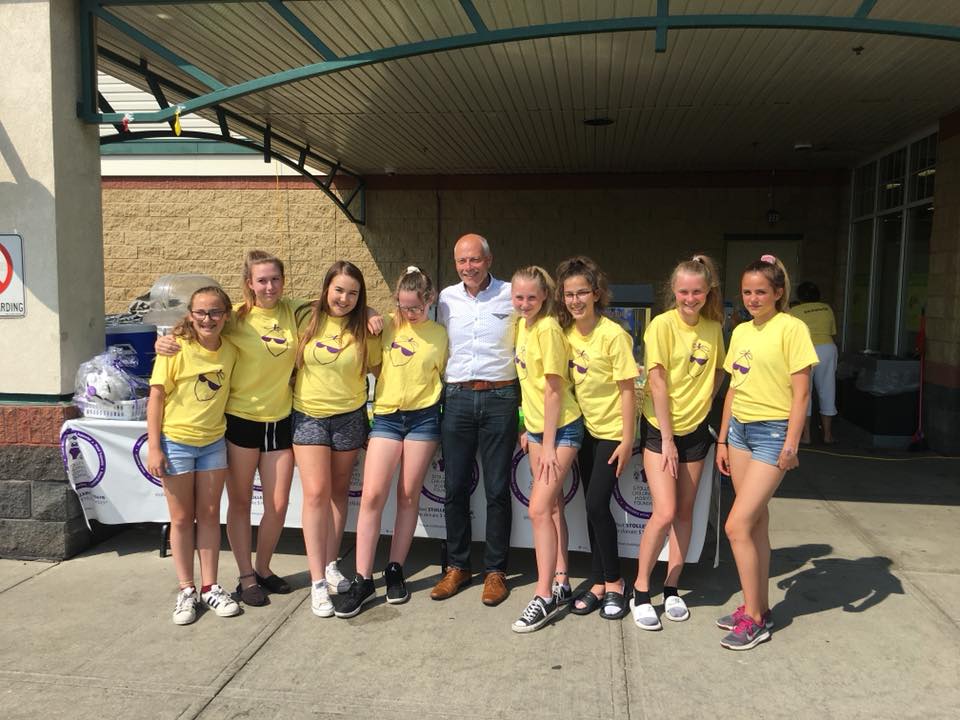 Syd and Tay are young ladies now. What started as an idea to raise $40, rocketed to nearly $150,000 in thirteen years. The Stollery recognized their efforts as generosity champions. Most important, the girls had fun, made life long friends and memories, and saw that good that can come out of loss. And their mom, Lisa had as much or more fun! 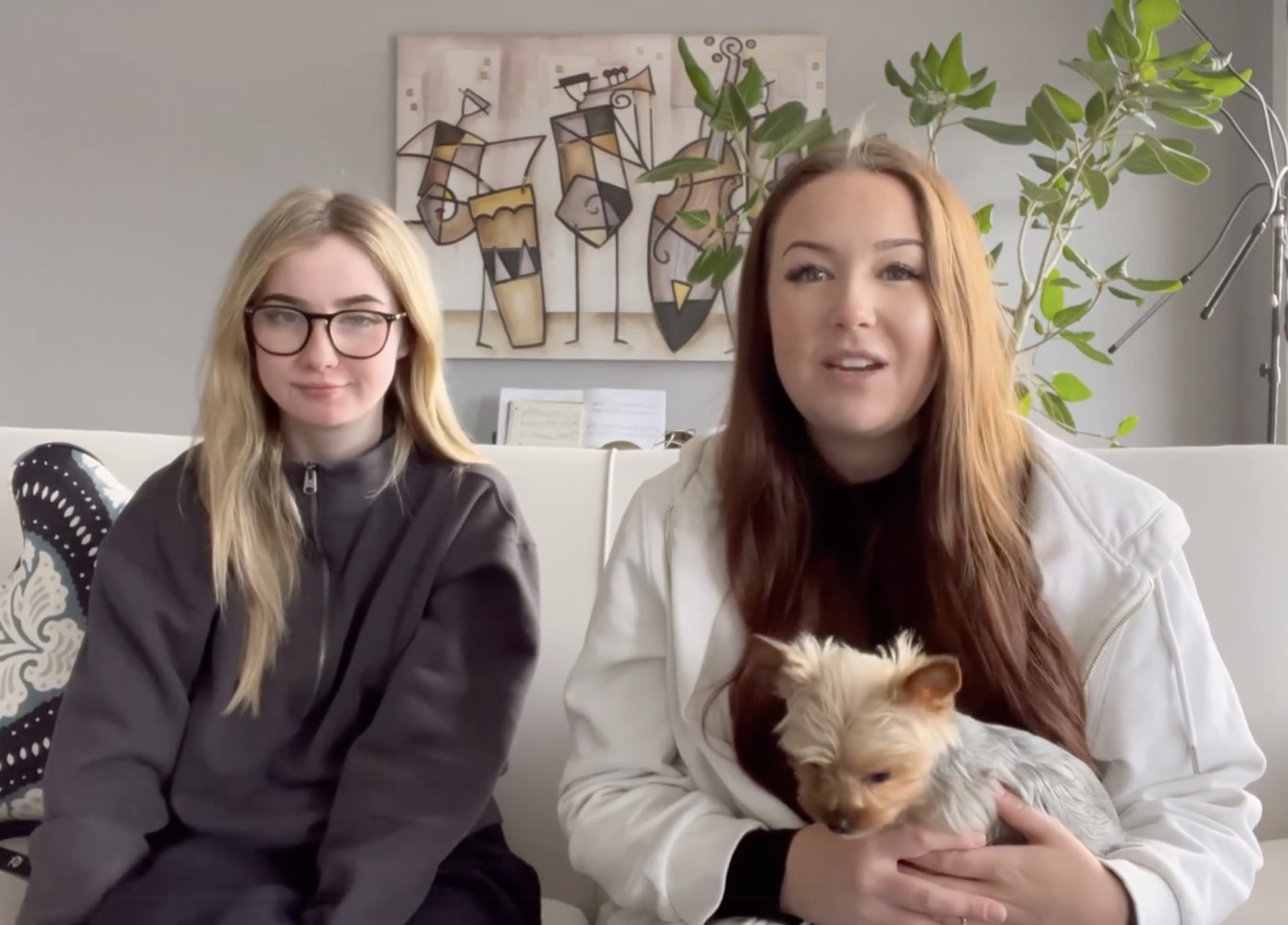 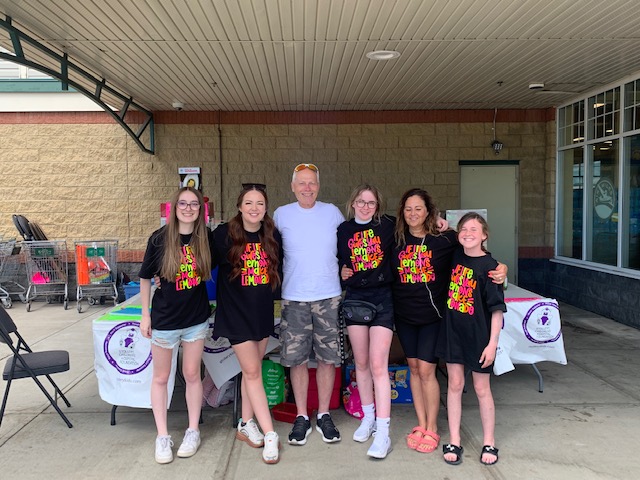 What started with two kids turned into a huge community event.

Everybody had something to offer, be it their time, donations of product to sell or word of mouth invitations to join the party.

They discovered that generosity is contagious. Other lemonade stands started up because of the Woodworth’s initiative. They learned at a young age that life is bigger than them and the first step to success is to start.

Its true, giving makes you feel like a million dollars.

Syd, Tay and their friends are lemonade stand millionaires.

Donate online year round at this site. Online donations are automatically issued a tax receipt. 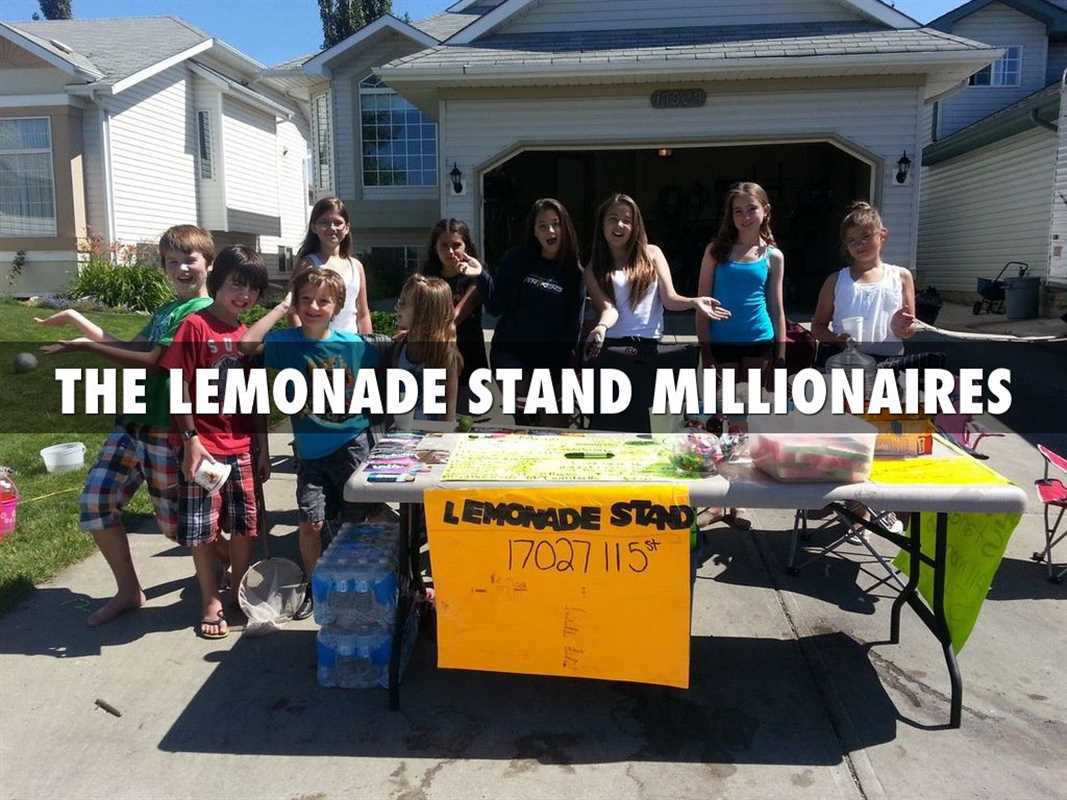 Related Post: “7 Things Kids Do to Change the World”

Please leave a comment for Syd, Tay, and team below.