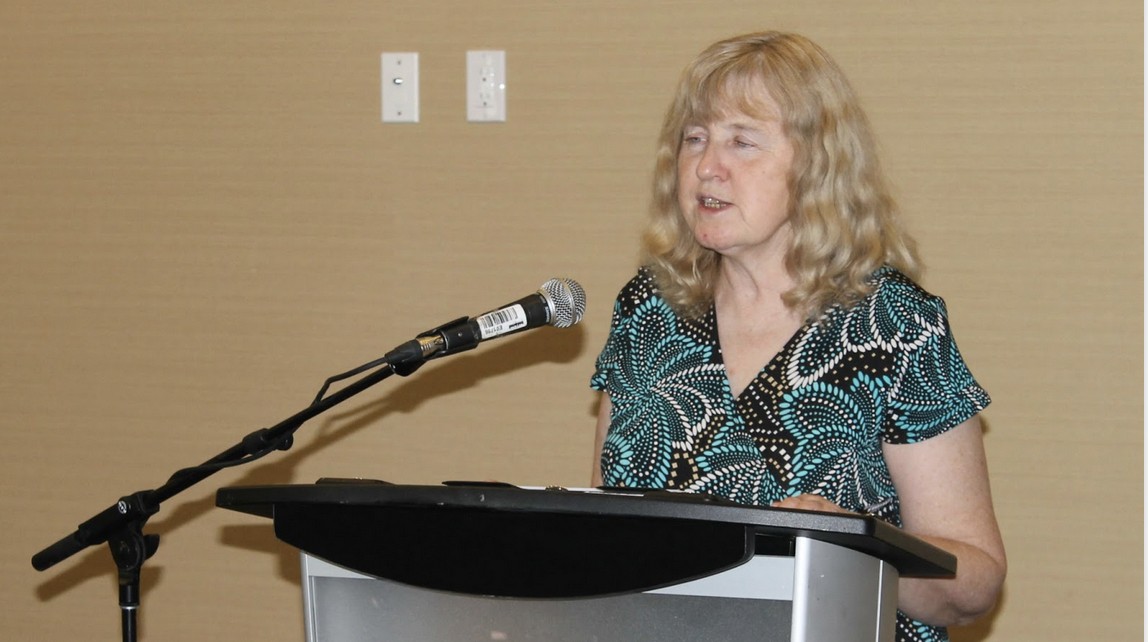 Meet Wendy Edey – a former Director of Counseling for “Hope Studies Central” – at the University of Alberta, in Edmonton, Alberta. Yes, there are University courses offered on the subject of “Hope.”

Since 1995, Wendy – who is a psychologist – has practised and taught the intentional integration of hope strategies into counseling for people facing illness and complex problems.

Her pioneering work in the development of hope-focused language earned the Canadian Counseling Association Award for practice excellence and the University of Alberta Alumni Award for excellence in achievement.

Wendy is known by her friends as, “The Hope Lady.”

I met Wendy in the days leading up to her daughter, Ruth’s wedding.

Wendy writes about things that turned out better than expected and impossible things that became possible. She shares about hoping, coping, and moping in stories about disability, aging, care-giving and child development.

Wendy is blind, but she has crystal clear vision of what’s important in life.

“I learned to read and write Braille when I was ten years old. I learned by correspondence from Doris Goetz, the CNIB Home Teacher, who visited me exactly three times, bringing a new book each time she came. It took me five months to learn the alphabet and all the contractions. It wouldn’t have taken so long had it not been for the fact that Doris wouldn’t give me the next book in the Braille Series until she came to visit.” 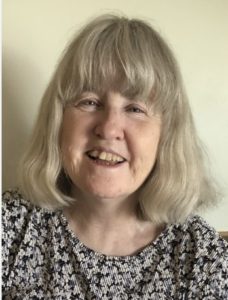 Wendy says, “Put two ideas into a jar, shake well, open the jar, and see what you have. Will it be humour, some fabulous new invention, or two separate ideas—shaken, but not combined?”

Wendy helps people who have been shaken up by life to combine hope and their circumstance to live life to its fullest.

“Hope begins in the dark, the stubborn hope that if you just show up and try to do the right thing, the dawn will come. You wait and watch and work: you don’t give up.” Anne Lamott

Troubled people call on hope,
Thinking nothing short of magic can help them now.

They say: ”I am the sum of my experience.”
Hope says: ”Yes, that plus your hopes for the future.”

They say: ”What if I don’t have any hopes for the future?”
Hope says: ”Then we’ll find some.”

”Past experience has tied you in knots,” says Hope.
”Hold on to me as we work at the loosening.”

Then they, with surprising frequency, say: ”Okay.”
And before they have time to think about it, they are working the knots, making room for hope to perform the magic.

Holding On To Hope

Wendy’s daughter Ruth, travelled to Chiang Mai, Thailand in 2001 to work with infants suffering from HIV/AIDS.

The children at “Agape House.” had been left to die. Abandoned by parents who had given up hope.

Ruth’s role was to hold babies and nurture the older children.

She was giving “hope” through touch.

Quite remarkably, many of the children survived.

That’s the power of holding on to hope.

Please leave a comment for Wendy or Ruth below. Thank you.