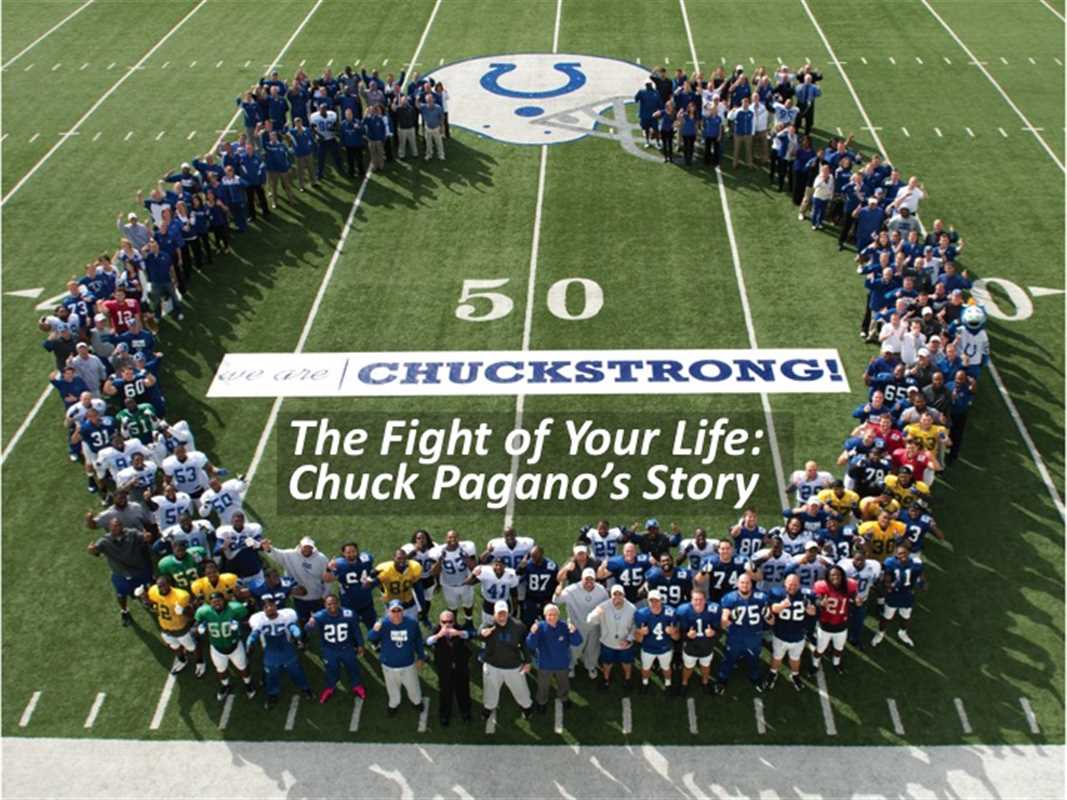 THE FIGHT OF YOUR LIFE: COACH PAGANO’S STORY

Chuck Pagano was diagnosed with leukemia Sept. 26, 2012, just days after his third game as a first-year head coach of the Indianapolis Colts. He was immediately admitted to hospital for treatment.

The Colts, 1-2 at the time and coming off a 2-14 season, returned to Lucas Oil Stadium to play the powerhouse Packers from Green Bay in their next game.

Coach On The Sidelines

Pagano watched the game from an Indianapolis hospital room.

I watched the game as well and saw wide receiver, Reggie Wayne, carry the team and his coach, on his back. Wayne violated the NFL’s strict uniform policy by wearing orange gloves and an orange mouthpiece (the color signifying leukemia awareness).

He led the Colts in an upset win against the Packers 30-27. Wayne caught 13 passes for a career-high 212 yards and scored the game-winning touchdown.

“It’s hard to talk about,” Pagano said. “What Reggie did that day – the gloves are on my mantle in my office at home. They’re a great reminder of our whole mantra from Day 1 – always team first and self second.”

Now Pagano is spreading inspiration of his own and lending a helping hand to those battling cancer with the release of his book, Sidelined: Overcoming Odds, Through Unity, Passion and Perseverance.

Sidelined chronicles his family’s journey through chemo treatments, recovery and an NFL season that was dedicated by a team to their newly found hero.

Pagano relates stories of being treated by physicians who did not know him as an NFL coach, but simply as a patient with leukemia. They worked to get him back into a health so he could return to a family for whom he had discovered a new regard. In so doing he turned his trial into glory.

1. NO PITY PARTIES. MAKE COURSE CORRECTIONS AND MOVE ON. Cancer is “like getting hit across the head with a baseball bat,” Pagano writes. “First thing you want to do is say, ‘Why me?’ Maybe throw a little pity party for yourself. But then I go back to the Jacksonville game. We lost in the last 50 seconds of the game, we had the thing won and gave up an 80-yard touchdown pass.

Colts outside linebacker, Robert Mathis in the locker room, called the team up and said, ‘There’s no pity parties in football. Let’s move on. Let’s make the corrections and move on.’ 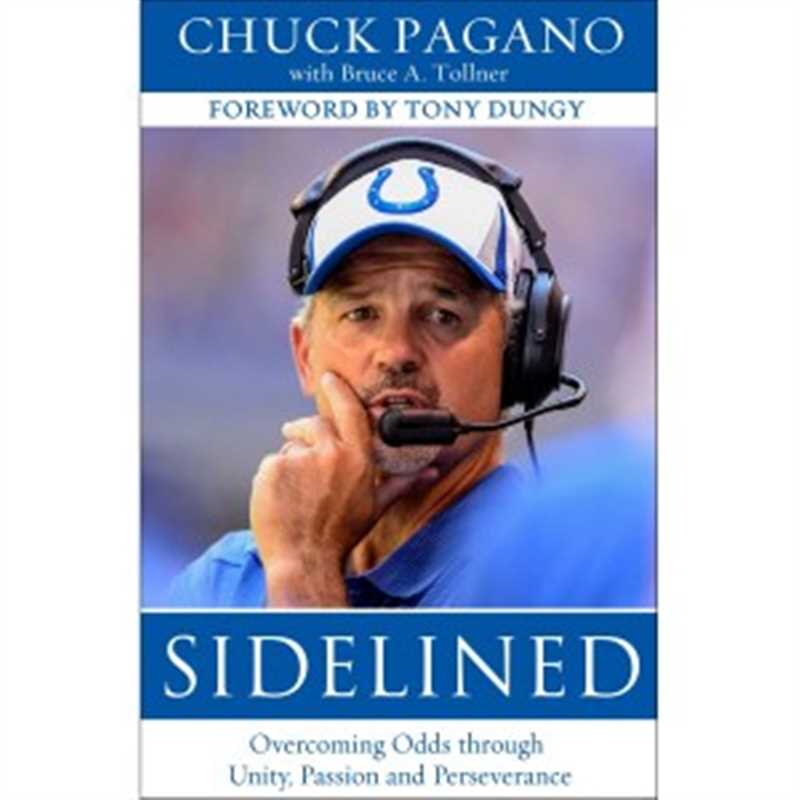 2. BE A “HORSESHOE GUY.” Pagano gives insight into what he means when he calls someone a “horseshoe guy”:

“The horseshoe emblem of the Colts shows seven nails or studs.  Each one represents a quality we want in a player/leader for our team:

That’s what we mean when we say we’re looking for a horseshoe guy – guys who play the game the way it was meant to be played.  Players who want to be a part of something bigger.  Something great.”

3. YOUR FIGHT CAN GALVANIZE A WHOLE ARMY TO FIGHT ALONGSIDE YOU. “These type of things tend to galvanize teams, families, communities. Our fans … the NFL family, if you will, they were unbelievable,” he said. “And it was overwhelming, and it was humbling. It was great inspiration for me.”

The Colts played inspired football, going 9-3 while he was recovering and earning a surprise playoff berth. Pagano returned for the 2012 regular-season finale, a 28-16 home win over the Houston Texans, and has been on the sideline, cancer-free, ever since.

4. YOU CAN BEAT THIS THING. YOU’RE TOUGH ENOUGH.  Pagano met kids who had cancer, but cancer didn’t have them. One such kid was Cory Lane.

Pagano met him in a hospital. Cory got out of his wheelchair to give Pagano a hug. Whenever they met again he always said to Chuck, “Hey coach, you can beat this  thing. You’re tough enough.”

Cory lost his battle with cancer but his words became a mantra for Pagano.

5. NEVER GIVE UP HOPE. Pagano continues to worry about the millions sidelined by cancer, especially those who face it without the support of a family, community, or a NFL franchise.

Pagano has a message, one he spends a great deal of time personally delivering to those afflicted:

I was given a free copy of the book by BookLook Bloggers.