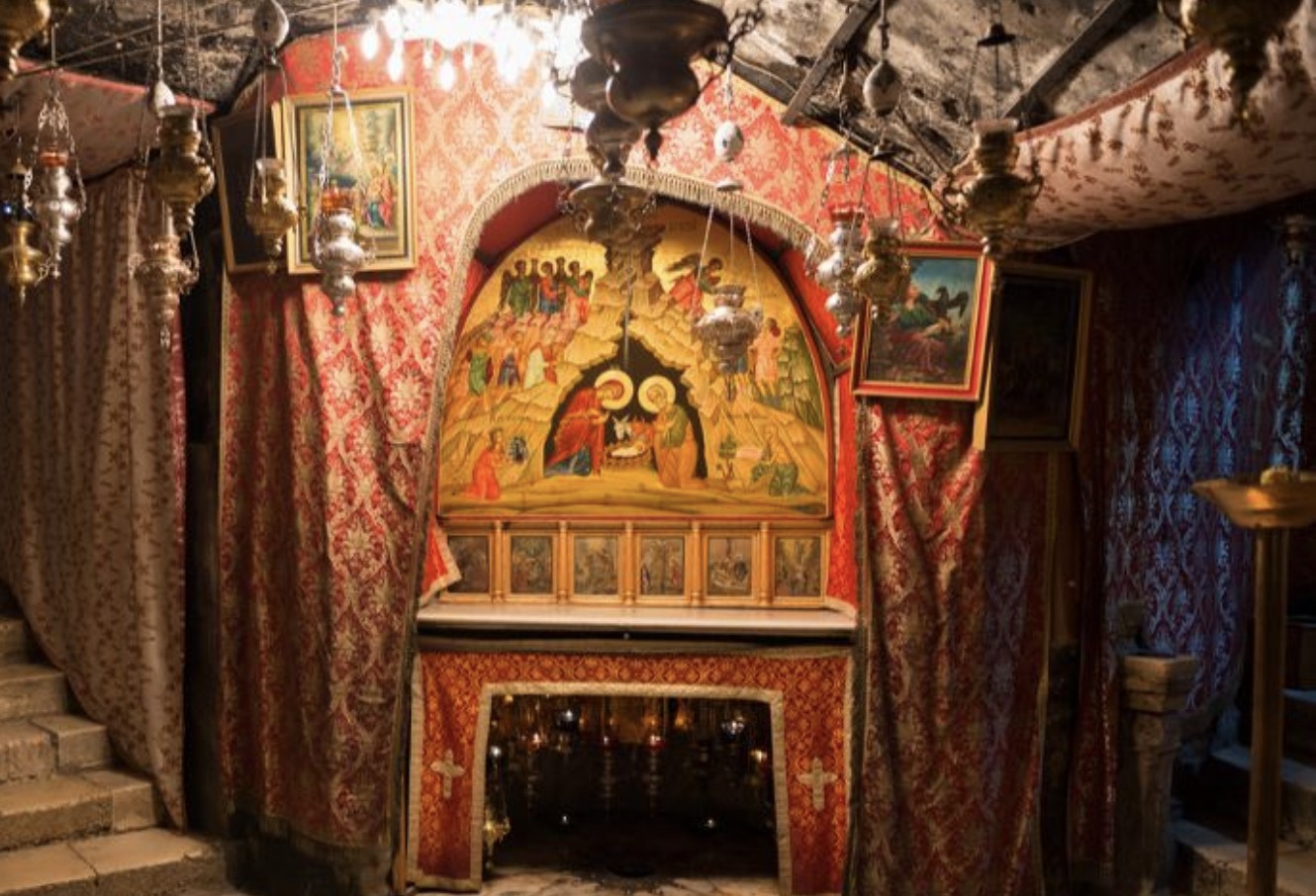 Plato said we are like prisoners chained in a deep cave lit only by dim torches, so that we exist in darkness watching shadows on the wall.

“While they were there, the time came for the baby to be born, and she gave birth to her firstborn, a son. She wrapped him in cloths and placed him in a manger, because there was no guest room available for them.” Luke 2:6,7 (NIV)

Four hundred years before the birth of Jesus, history’s greatest philosopher gave the world an enduring allegory. Plato said we are like prisoners chained in a deep cave lit only by dim torches, so that we exist in darkness watching shadows on the wall. We are imprisoned in deep untruth. What we need is someone to free us from our chains, to lead us out of the dark and into the day.

In simplified form that’s the allegory Plato gave to explain the human predicament four hundred years before Caesar Augustus decided to take a census and thereby set in motion events that we remember every December.

You know the story. Joseph and Mary are compelled by imperial degree to travel from Nazareth to their ancestral home in Bethlehem—a little hilltop village five miles south of Jerusalem. A town that would have been utterly inconsequential if it had not been for a bit of historical trivia: a thousand years earlier Bethlehem was the birthplace of David, Israel’s greatest king. To further endow tiny Bethlehem with significance, the prophet Micah in his poems of hope dreamed of the day when an even greater king would be born in Bethlehem—a king whose reign of peace would cover the earth and lead to the abolishment of war. (Micah 4:1-5; 5:2-5)

A thousand years after David. Seven centuries after Micah.

Mary and Joseph. Bethlehem. No room in the inn. Ever resourceful Joseph finds shelter among the livestock. It’s far from ideal. Mary goes into labor. (It must have seemed like the worst timing. But it wasn’t.) Jesus is born. Wrapped in swaddling clothes. Laid in a manger. A feeding trough. Which is how we know Jesus was born among the livestock.

But here is where our traditional nativity scenes may mislead us. Livestock weren’t sheltered in barns, but in caves. Caves! That’s right, Jesus was born in a…cave!

Hold on to that thought.

Meanwhile, east of town among the rugged hills are those now famous shepherds. An angel from heaven appears. The shepherds are, understandably, frightened. The angel says what angels always say—“Fear not.” This is what heaven has to say to earth…to humanity…to you: Don’t be afraid.

The angel announces good news of great joy. The Savior-King has been born in Bethlehem. Then more angels!

Glory to God in the highest!
And on earth peace, goodwill among men!

Before departing the angel gives the shepherds a sign to help them find the newborn king: A baby wrapped in swaddling clothes lying in a manger. The manger bit, that’s the real clue. The shepherds won’t be looking for this baby in houses or inns, but in caves! 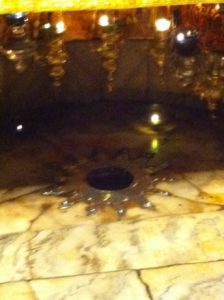 The good news of great joy is that the world’s true King has been born in Plato’s cave—in our cave! The dark place where we have been imprisoned since the dawn of human consciousness and civilization. The prison where we watch shadows on the wall—shadows that animate our fears. We need to get out of the cave. But to be saved from the cave it wasn’t enough for God to call to us from above—someone had to join us in the darkness. Someone who knew the way out. Immanuel. God with us.