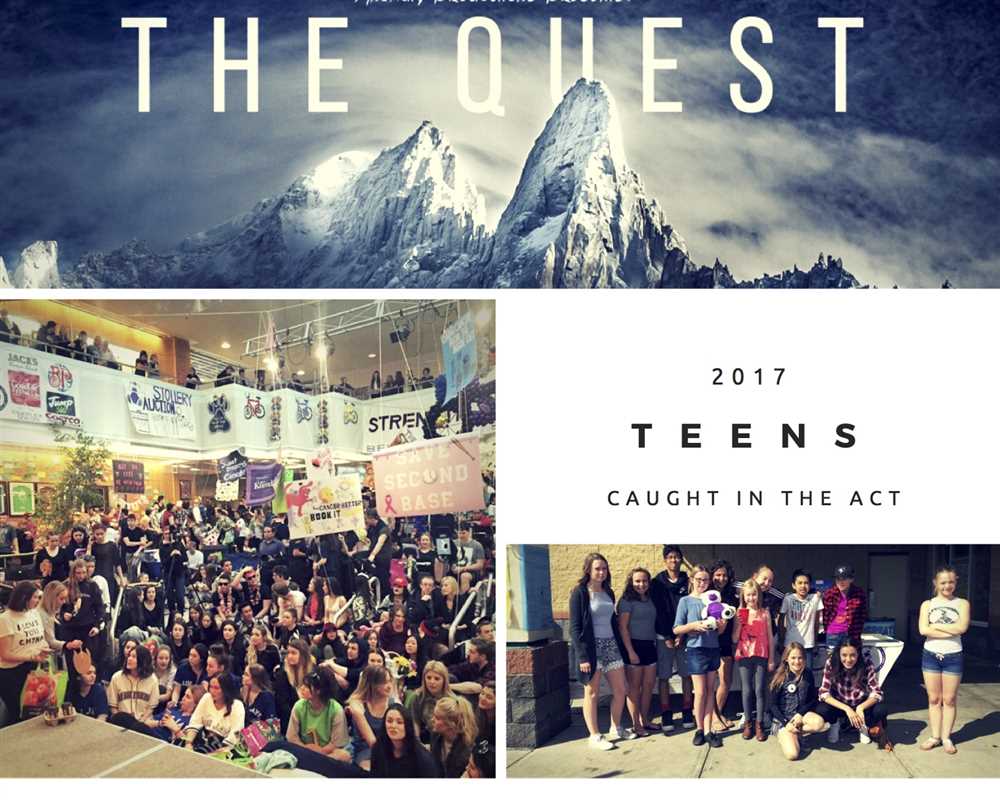 TEENAGERS CAUGHT IN THE ACT 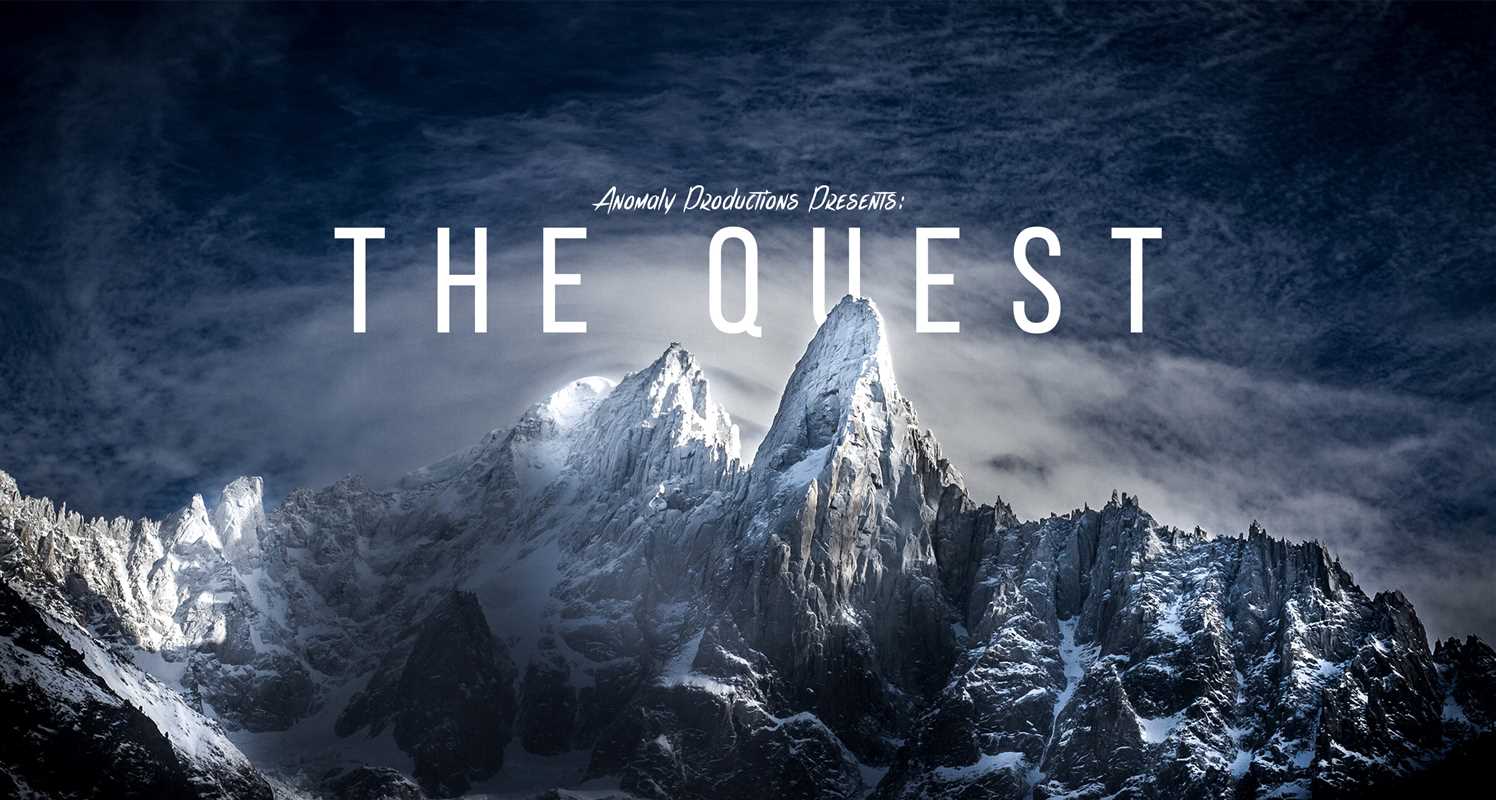 Life can be tough for people at any age, but most would agree that being a teenager is exceptionally difficult. When else can you can wake up with the comforts of childhood, and go to bed with the painful weight of awareness?

And who else gets more of a bad rap than teens?

These teens were caught in the act.

Four teens set out on a Quest to find buried treasure in Banff. The most incredible things happened as they lead their appreciative audience through a creative script, original songs, laughter and insight to something priceless.

Scriptwriter/Producer/Actor – Pastor Jeremy Gifford – summarizes our sentiment in saying, “The amazing team from our youth production this weekend #TheQuest did such a great job presenting the Gospel message through acting, song & cinematography! So proud of them all!” 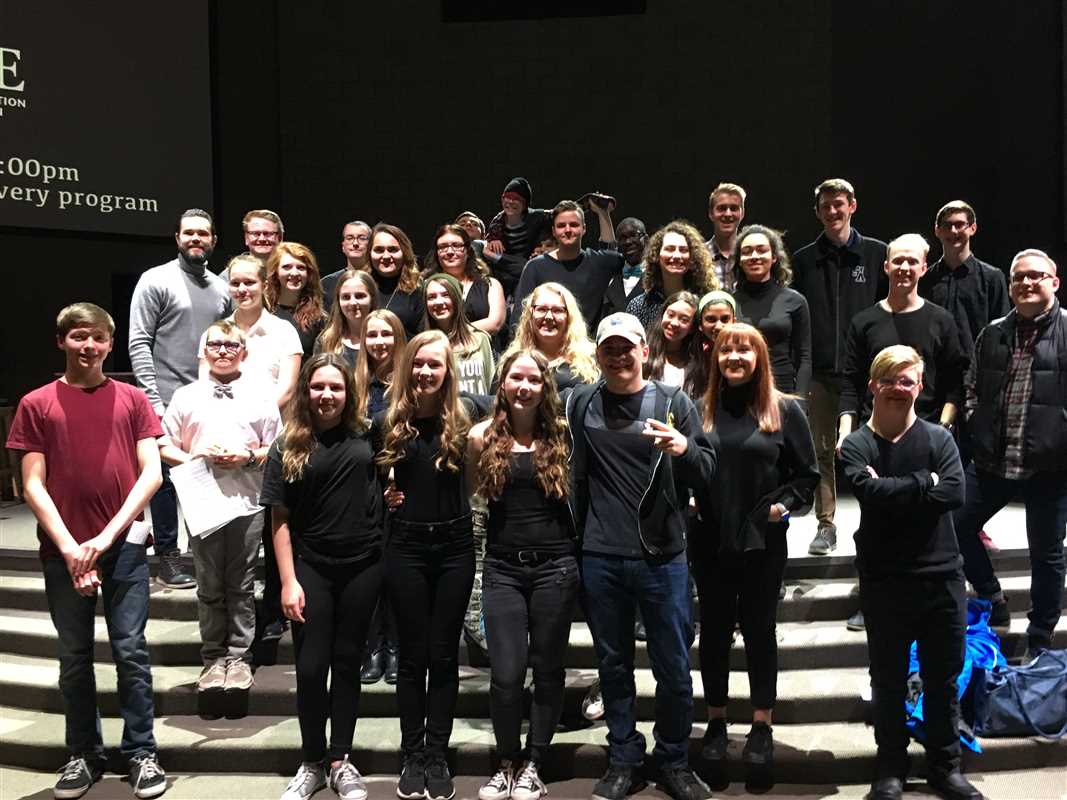 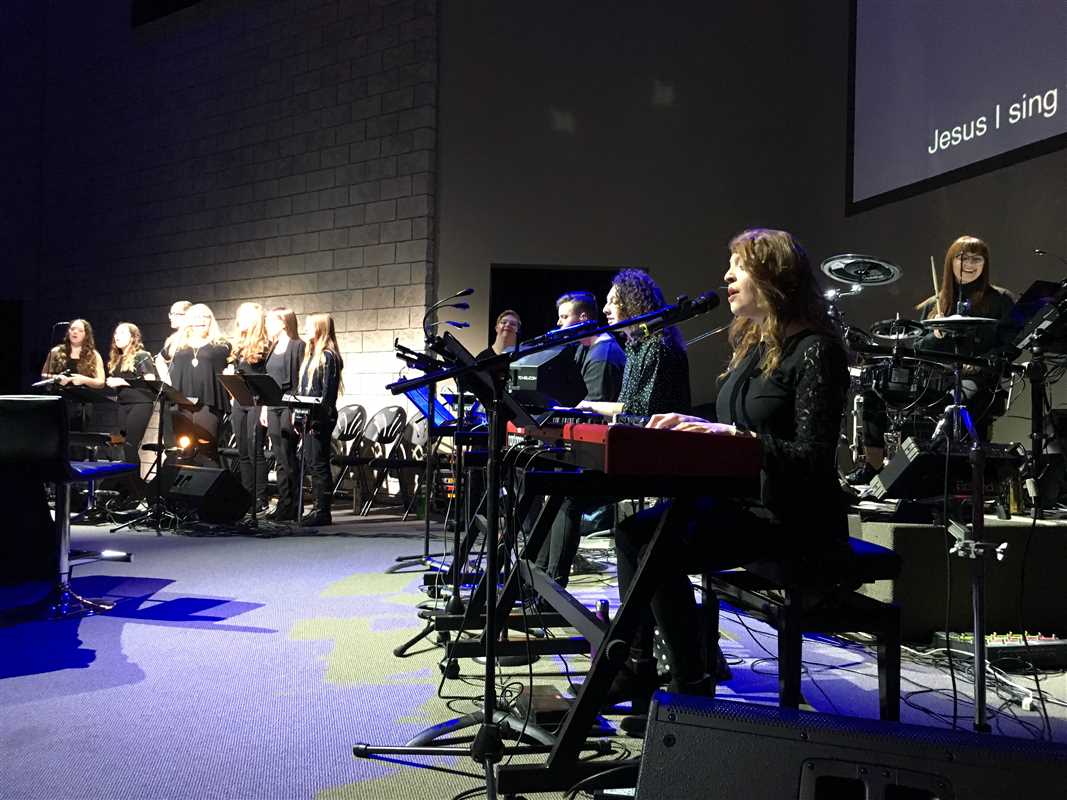 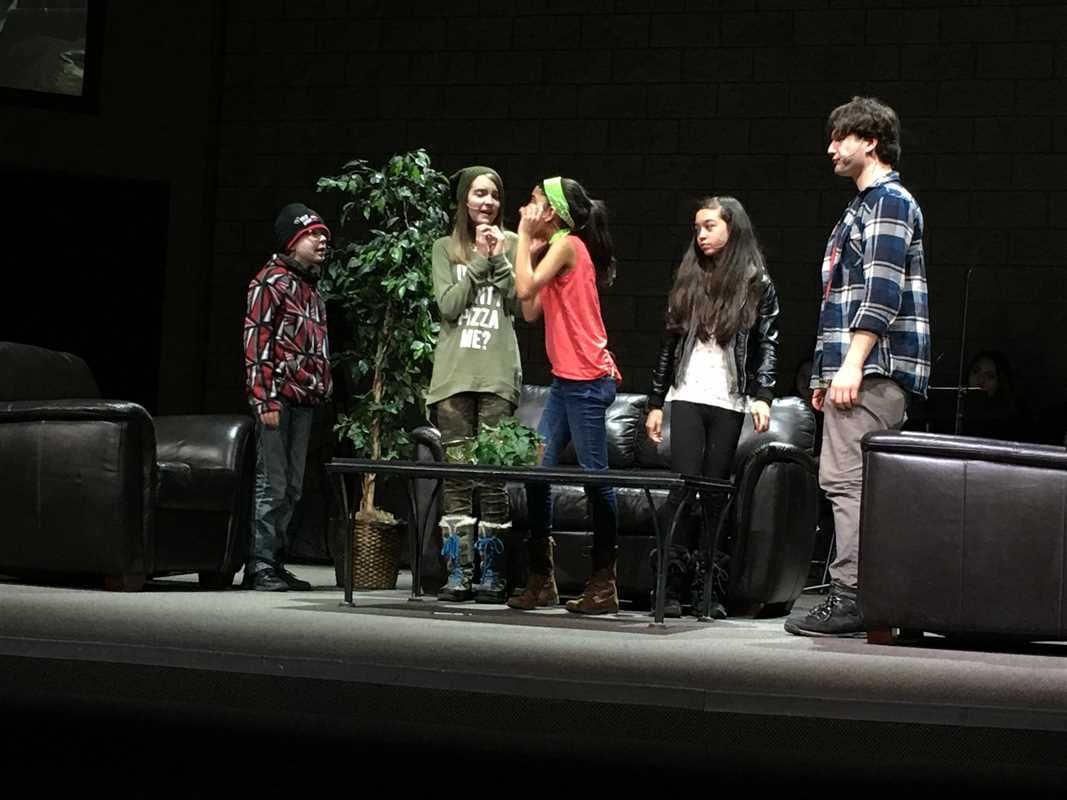 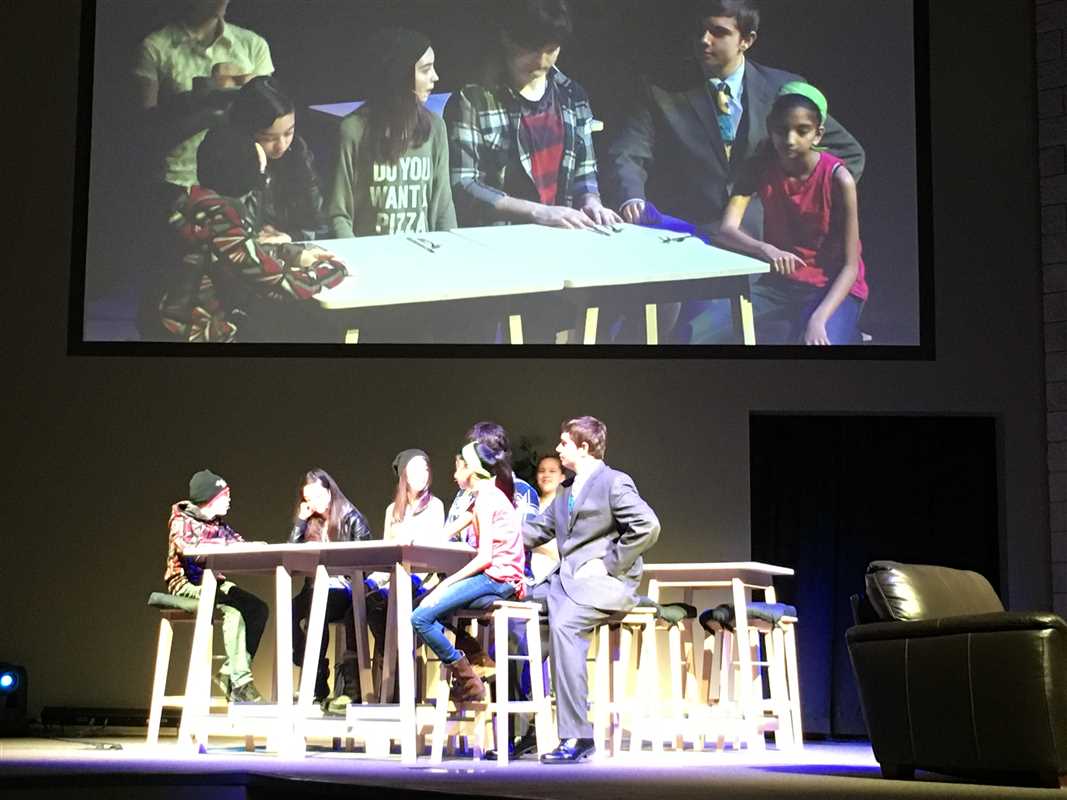 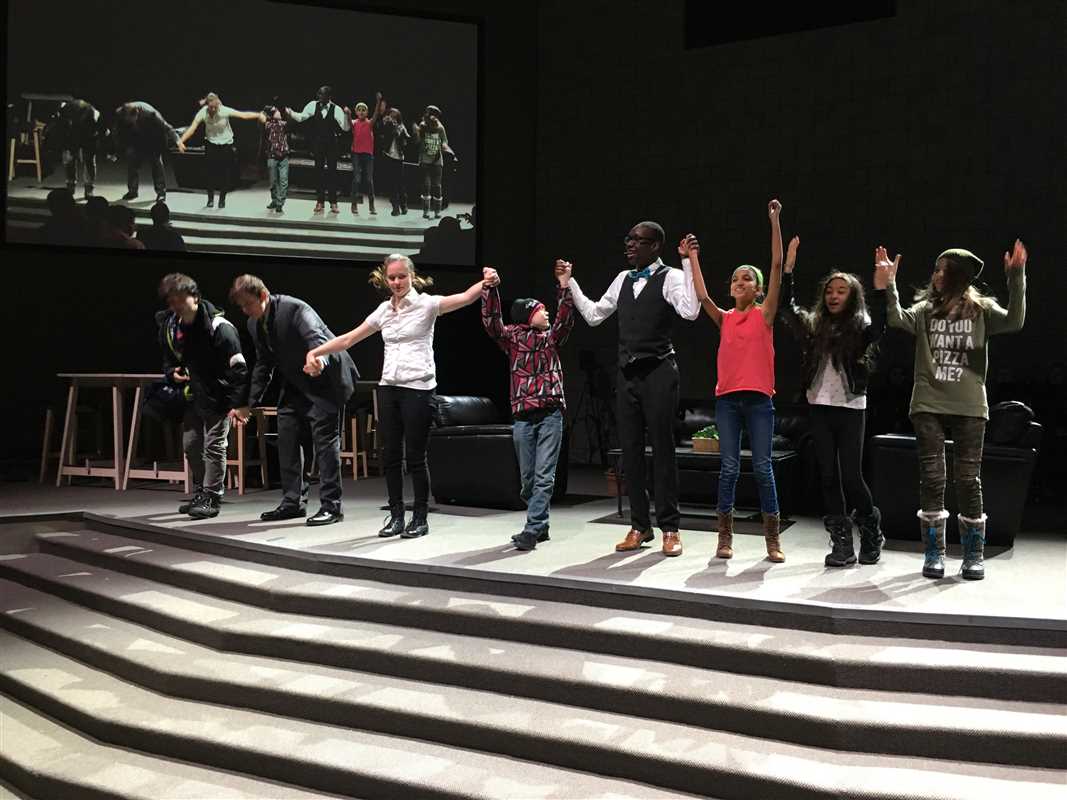 The only thing bad about the students of Bellerose Composite High in St Albert was the aroma of sweat that hung in the air after their 49 hour Bikeathon.

When the spinning came to an end at the 14th Annual Bikeathon an amazing group of high school students had raised an incredible $137,949.80 for children with cancer and their families. 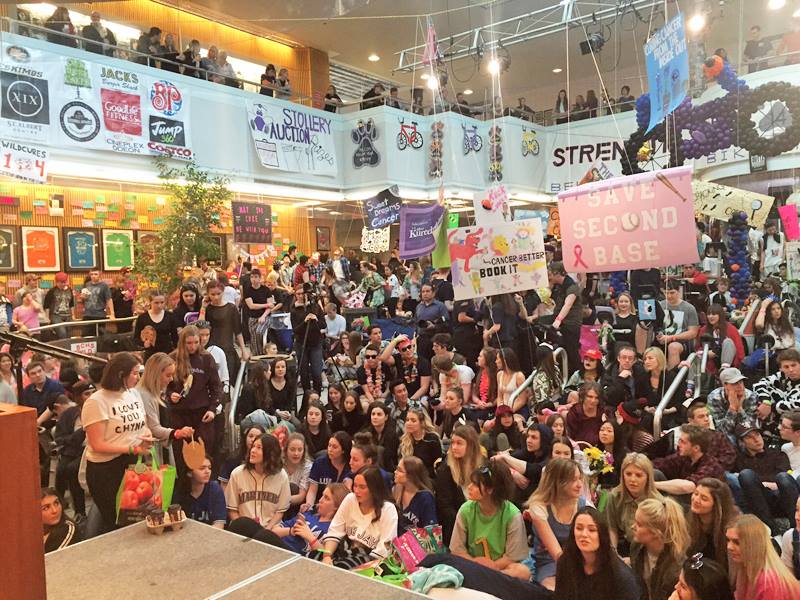 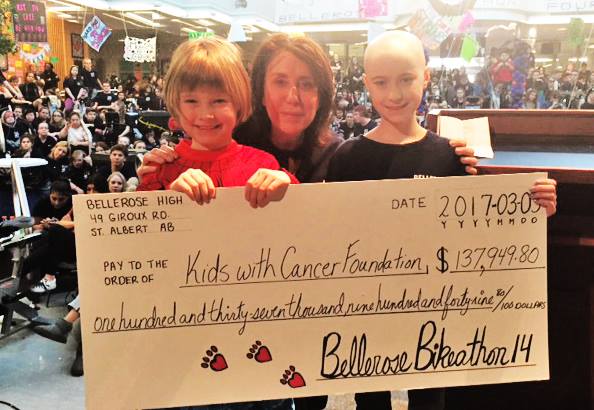 Spider Mable and Katelyn Murray with the cheque from the Bellerose Bikeathon.

Ethan Murray was one of the Bellerose riders. His efforts were in support of his sister, Katelyn who is fighting a rare form of leukemia. 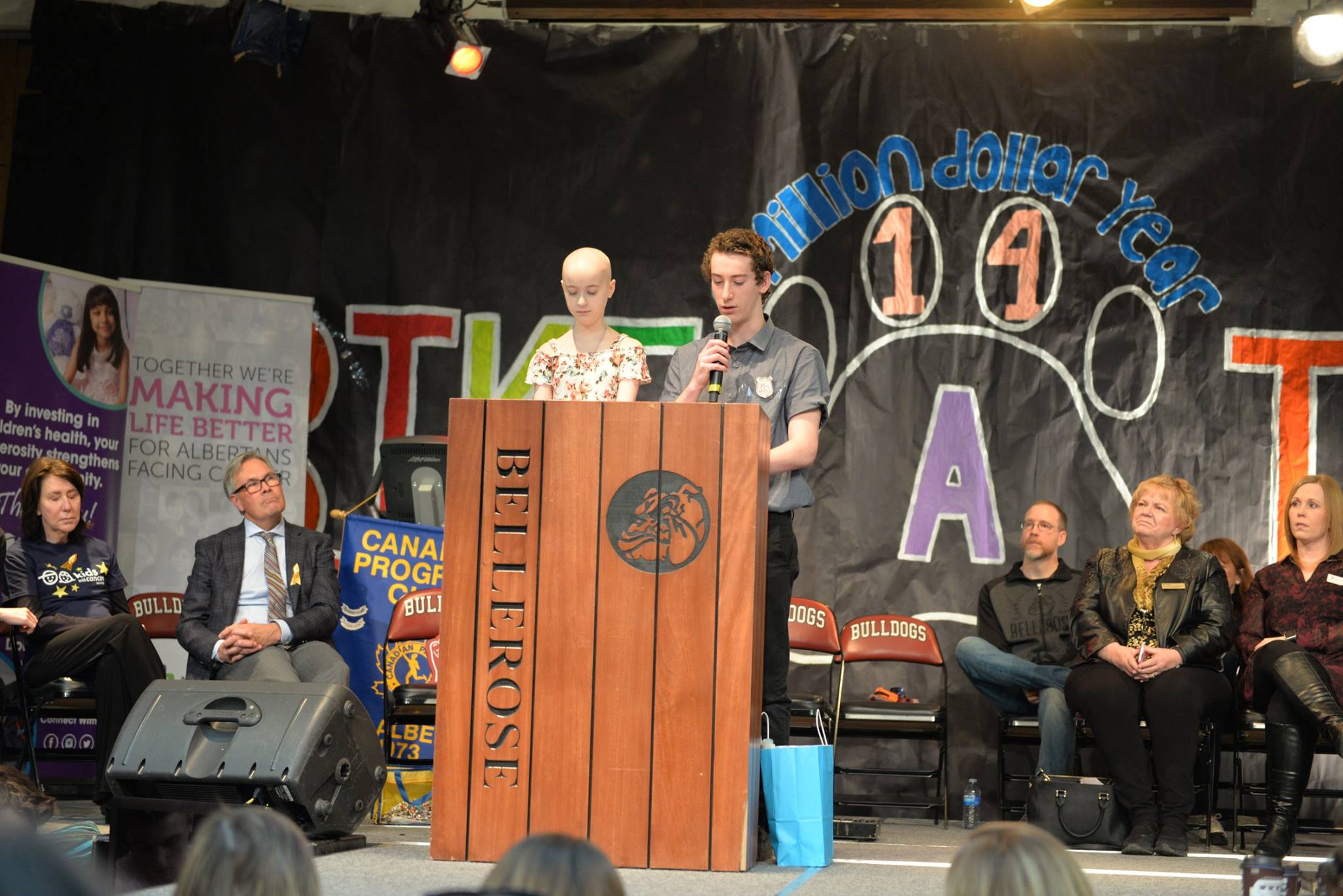 Thirteen year old Katelyn was the guest speaker at the Kids With Cancer Beaded Journey Gala on March 10, 2017. Katelyn not only charmed Gord Steinke of Global TV, she won the hearts of the two hundred donors in attendance.

Together they raised a record amount for the event. 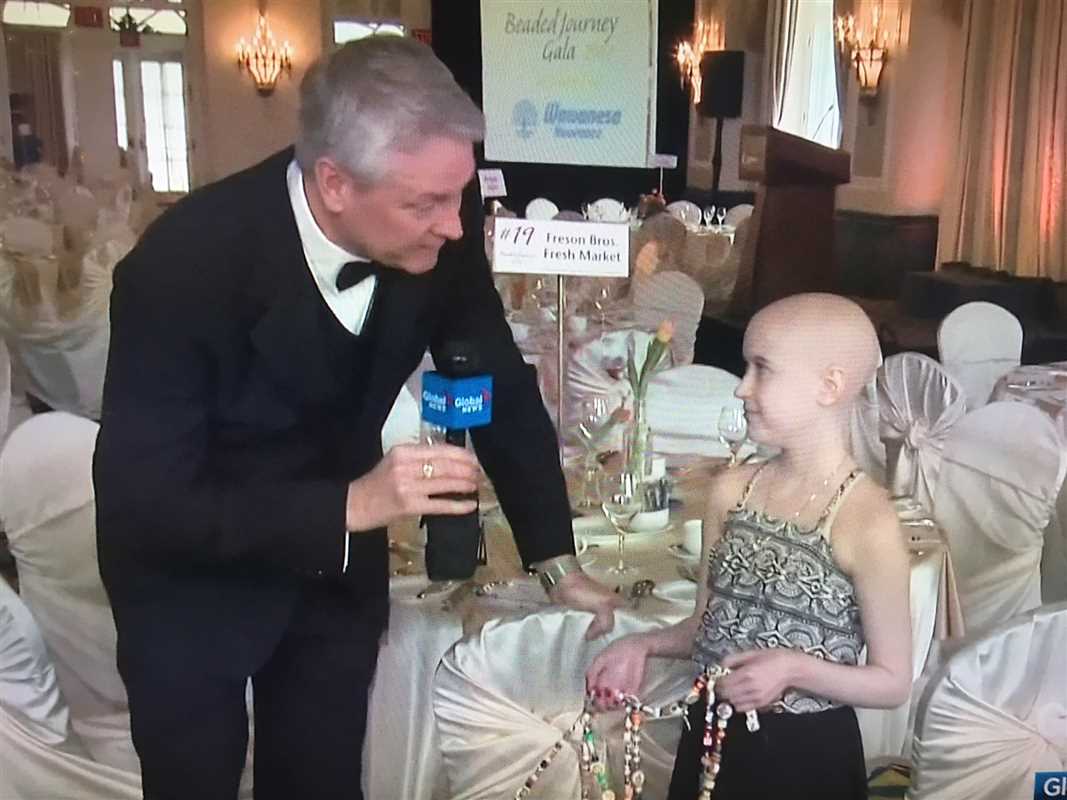 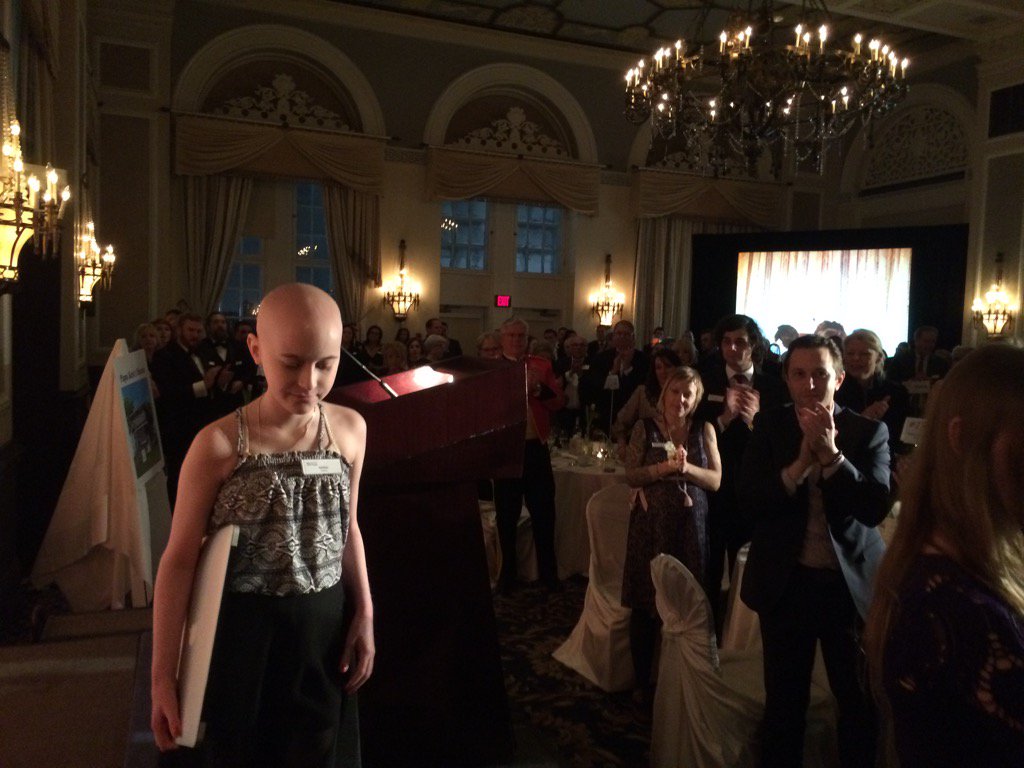 Katelyn’s scheduled treatments continue with spinal and IV chemo at the Stollery. She’s endured thirteen months of intense treatment and is getting close to completing her chemo.

Each bead in her necklace tells a story about her journey through cancer.

Sydney Woodworth turns thirteen in 2017 however she’s already experienced more generosity than most people do in a lifetime.

Syd and her sister Tay, with a little help from their friends (and parents) raised so much money for the Stollery Childrens Hospital ($50,000 plus over seven summers) that they were declared “Superstars” of fundraising. 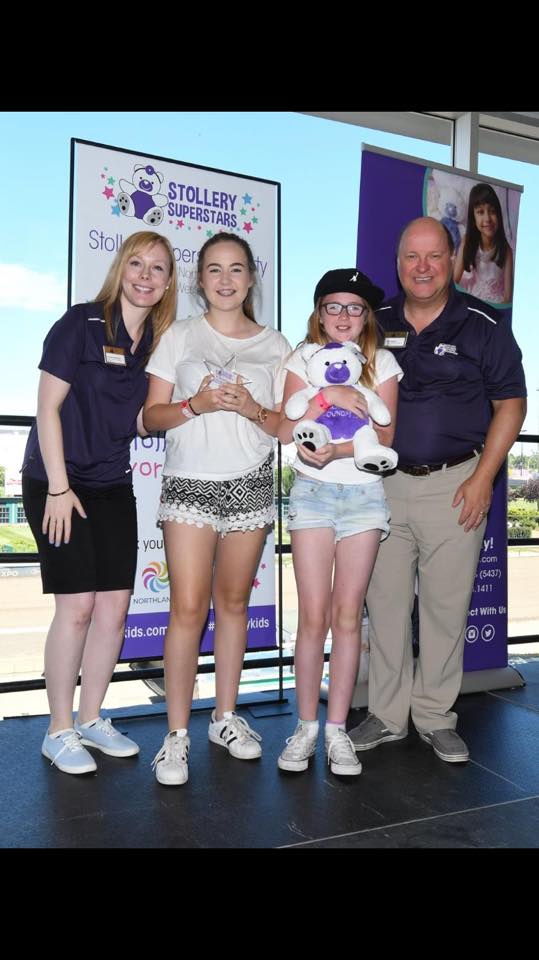 Color us proud but not surprised by them.

The money raised by the Lemonade Stand for the Stollery went towards helping cancer patients like Katelyn Murray who attends North Pointe with the Woodworths. 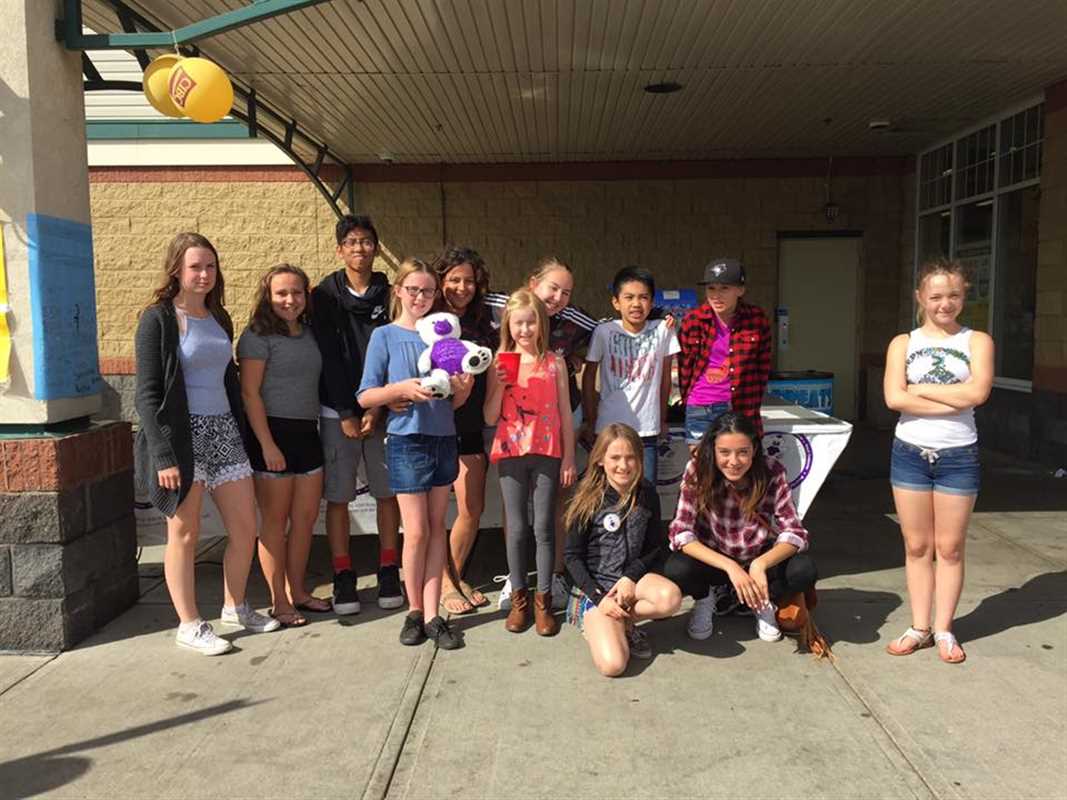 Katelyn at the Lemonade Stand organized by Sydney and Taylor Woodworth

APPLICATION: If you like what these teens are doing for our community please donate to Kids With Cancer, share the post and leave a comment on the Anomaly Youth page or Bellerose High’s FB page.