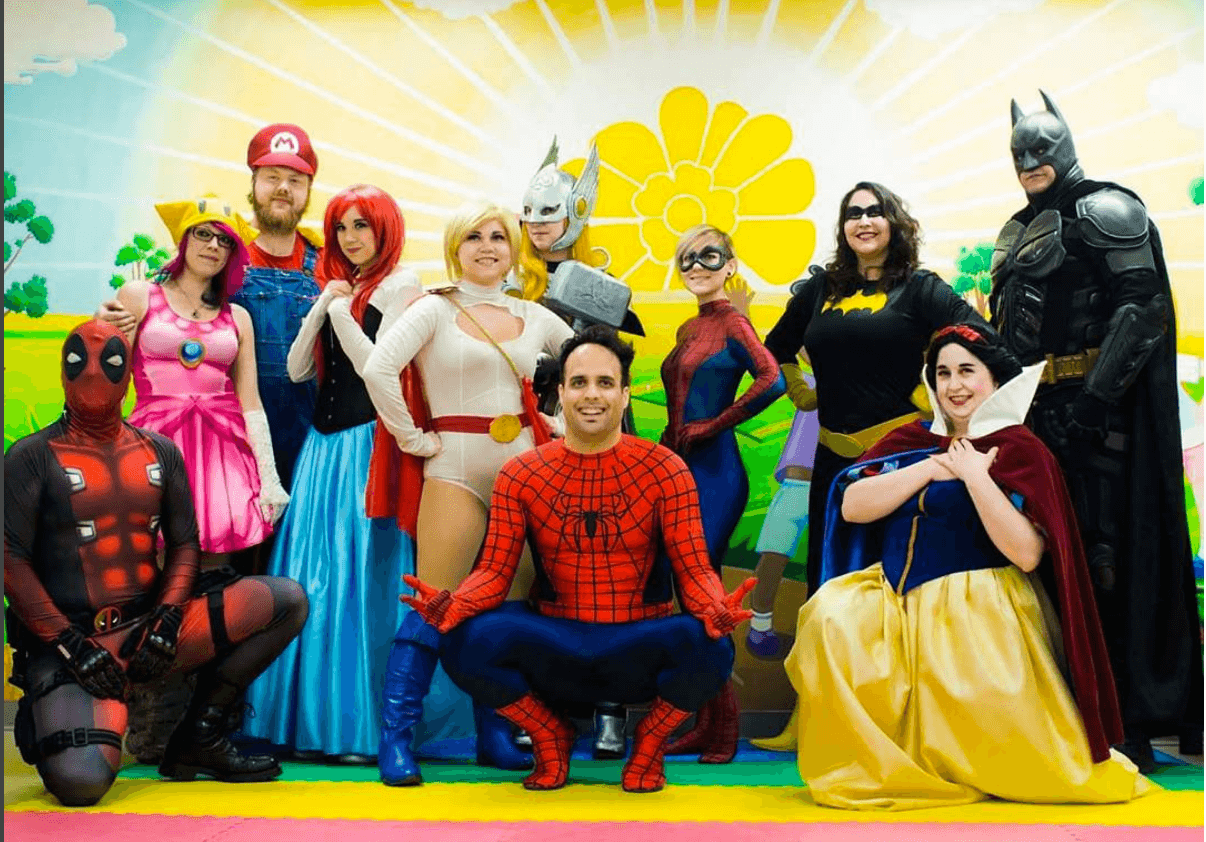 By day, he’s a husband, father, practicing clinical mental health therapist and an RN by trade. By night, he “suits up” for Justice.

Listen to Adam Klassen talk for even a few minutes about his love for helping people through Cosplay and you’ll be caught in his spidy web of generosity.

Adam’s always been considered nerdy for his love of comic books, movies/tv, pop culture, digital and internet media and of course…Superheroes. In 2006 he attended his 1st big comic book convention (ComicCon) in San Diego. Adam, who attends North Pointe with his wife and daughter, was drawn into the world of Costuming or “Cosplay” and the creative individuals within it.

Five years into being a paying customer at Conventions he decided to become a participant. His first costume was a version of Superman. Adam has since suited up as Marvel and DC Comics Superheroes and most recently as the web-slinging Spider-Man.

In answer to “Why Cosplay?” Adam explains, “I love doing what I do because of the genuine connection that is achieved through embodying a character. I enjoy who I am in my own skin, flaws and all, health challenges and everything in between. Becoming a character with superpowers behind the guise of a mask, a suit and cape or the art of makeup and props takes connection to a whole new level.” 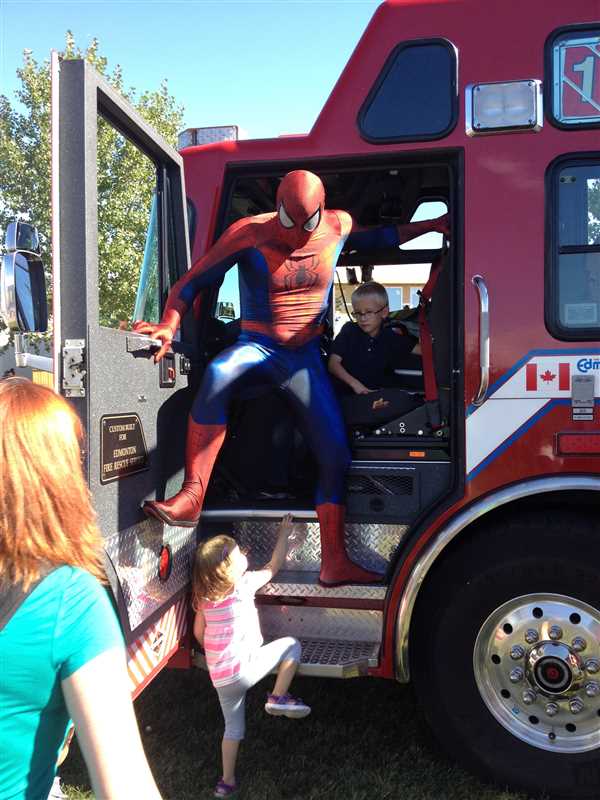 Five years ago Adam teamed up with an Edmonton band of heroes to serve children and their families. He’s had the opportunity to share his faith, reasons for living and express the personal choices he makes in life.

Adam faces personal pain on a daily basis from a medical condition. He says the only time he can completely forget the discomfort is when he is suited up, thinking about the next child he can make smile.

In January 2016 he founded “Heroes4Change” – his own charity-based organization.

Heroes4Change is a band of costume-themed individuals, primarily Superhero, Disney and Video Game. They collaborate together in creating positive change through service work, activism, awareness and advocacy.

Their tagline says it all: “Sharing Happiness, Hearts and Hope Together.”

Why We Suit Up

The passion in Adam’s voice is palpable as he talks about working alongside Crystal Kids (an Edmonton-based inner city resource for children and youth battling family issues, mental health concerns and addictions).

“I connected with a little boy (maybe 8-9 years old),” explains Adam, “whose father had been abusive towards him and his family. His dad had been incarcerated in prison for a large portion of his life. I remember being torn and heartbroken to hear the youngster tell his story of how he missed his dad. He confided that Superman has always been his favorite superhero and he probably knew more about his backstory, persona and superpowers than I did.”

Adam happened to dress up as Superman that day for the event. He admired how this little boy shared his hurts with genuine ease and sincerity. “For the few moments we connected it was his smile that got to me and that’s a memory you don’t easily forget.”

This is why we suit up.

APPLICATION: Please leave a comment for Adam below. Thank you.