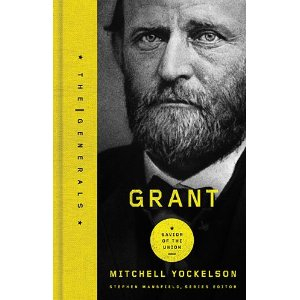 One million people showed up at his funeral. For 19th century New York, that was a lot of people. If its true that the number of people at your funeral is indicative of the breadth of influence you have, Ulysses S. Grant was a man of note.
Grant played a significant role in the history of the United States. A General, a President and “the Saviour of the Union” – weighty responsibilities for one man to shoulder. Mitchell Yockelson, author of, “Grant: Saviour of the Union,” wrote, “He carried himself as though he hadn’t a care in the world, and this is a testament to an inner strength that helped him persevere during rough periods throughout his life.”
History, for me, is more than dates and places – its people. I am intrigued and inspired by what enables people to be their best when their best is required. That’s what led me to read Yockelson’s biography of Grant.
He was named Hiram Ulysses Grant, but his parents called him Ulysses. He chose to call himself Hiram, when his schoolmates teased him by nicknaming him “Useless.” A clerical error upon entering West Point, in which his name was listed as “Ulysses Simpson Grant,” led to who history knows as U. S. Grant. The naming process typifies a reputation shaped by many circumstances beyond his control. He was reported to be a drunkard, which was true at one point, but a habit he vehemently denied as a part of his character. He was known as a “butcher” because of his wartime directives, but stated that he could barely stomach the call to battle, sobered by the cost of lives to which his orders would result. He cast a large shadow but preferred the shadows. President Lincoln said, “He’s the quietest little fellow you ever saw. He makes the least fuss of any man you ever knew. I believe he had been in this room a minute or so before I knew he was here.”
Grant loved his country. When Lee surrendered to Grant at Appomattox, Grant forbid Union soldiers to celebrate the victory, lest they disrespect the dignity of the Southerners. He worked to create a spirit of reconciliation between North and South in his two terms in the White House.
Shelby Foote, US historian, best sums up what enabled “the General” to be his best, “Grant the general had many qualities but he had a thing that’s very necessary for a great general. He had what they call “four o’clock in the morning courage.” You could wake him up at four o’clock in the morning and tell him they had just turned his right flank and he would be as cool as a cucumber.”
Grant reminds me that there is a providential part of our personality that can help us be our best when our best is required. Grant was a man of many weaknesses, and strengths but it was his calm personality that served him best.
For a nation in turmoil, Grant’s calm made him an unlikely, but unsurpassed, Saviour.
I was given a copy of “Grant” for review by Booksneeze.