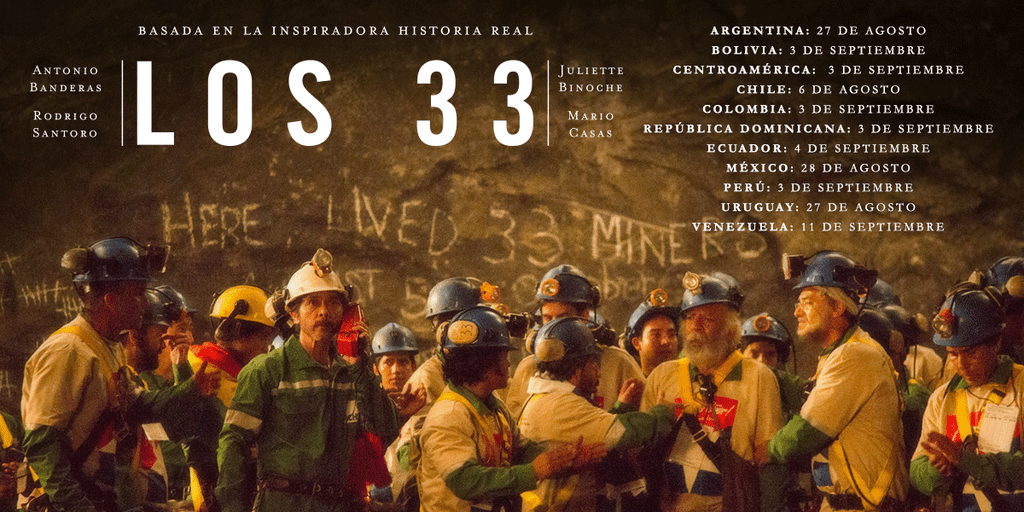 THE MIRACLE OF THE 33

Five years after 33 Chilean miners emerged from their underground prison in a miraculous rescue, a new movie shares their story in gripping fashion.

“The 33” or “Los 33” is story telling at its best. I was given tickets for an advance preview.

I wondered if knowing the ending would make the experience less intense – not at all. “The 33” will draw you in, make you tear up and then surprise you with laugh-out-loud humanity. It is a phenomenal film about an unforgettable event.

Mexican Director Patricia Riggen tells the story in way that honors the experience of the 33 and their families.

Riggen interviewed each miner and his family before she started shooting the movie. The film licensed the story from the miners and respectfully incorporated their first-person accounts. Some of the miners make an appearance as cast in the film.

Mining is a dangerous job. Every year on average 12,000 miners die in mining accidents worldwide.

When word got out in August 2010 that a mine collapsed in Chile, the world automatically braced for the worst. Thirty-three men were dead; 33 souls gone. But then, after hearing some tapping on the cable from a drill bit, hope rose that there might still be some alive.

The multi-national rescue operation has gone down in history as one of the greatest of all times. 33 miners survived 69 days buried alive, 200 stories down on 3 days of food and no source of fresh water – that’s a miracle.

It’s the miracle part of this story that keeps coming back to me. This is one of those documented stories where you don’t have to go looking for the miracle – it hits you square in the face.

The miners’ families held their 69-day vigil near the mine in a makeshift camp called “Hope.” Their prayers, processions, petitions, and protests weave their way through the film right up to the glorious moment when the first miner was raised to the surface.

The film’s ending introduces us to each of the miners by face and name. 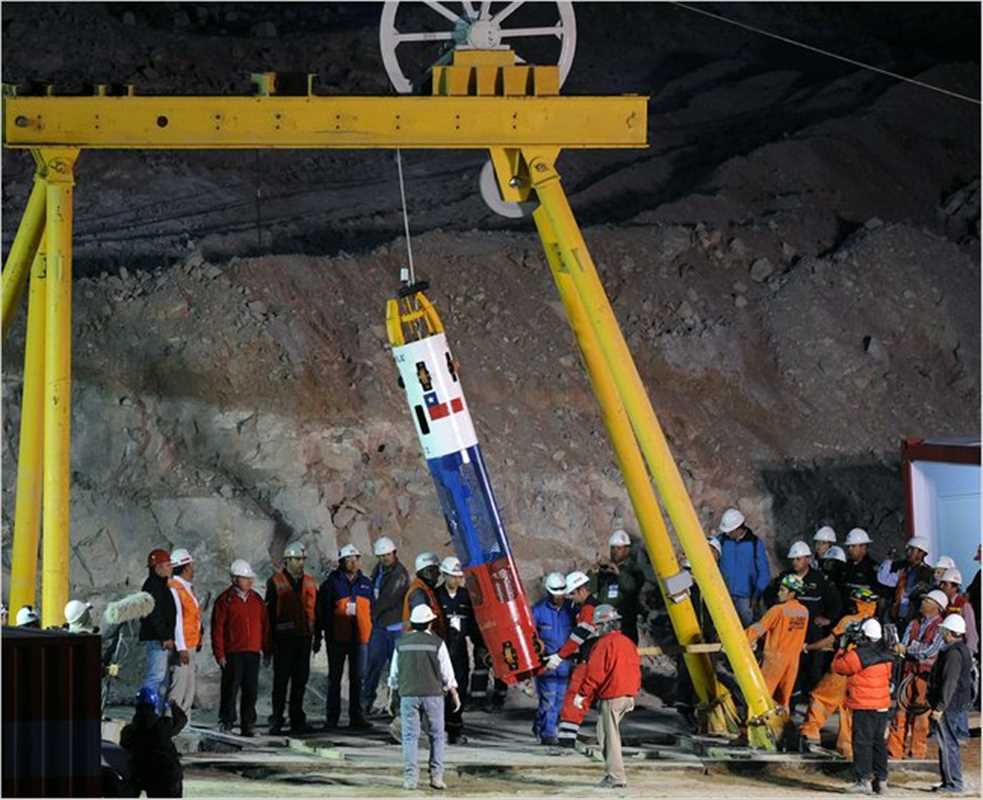 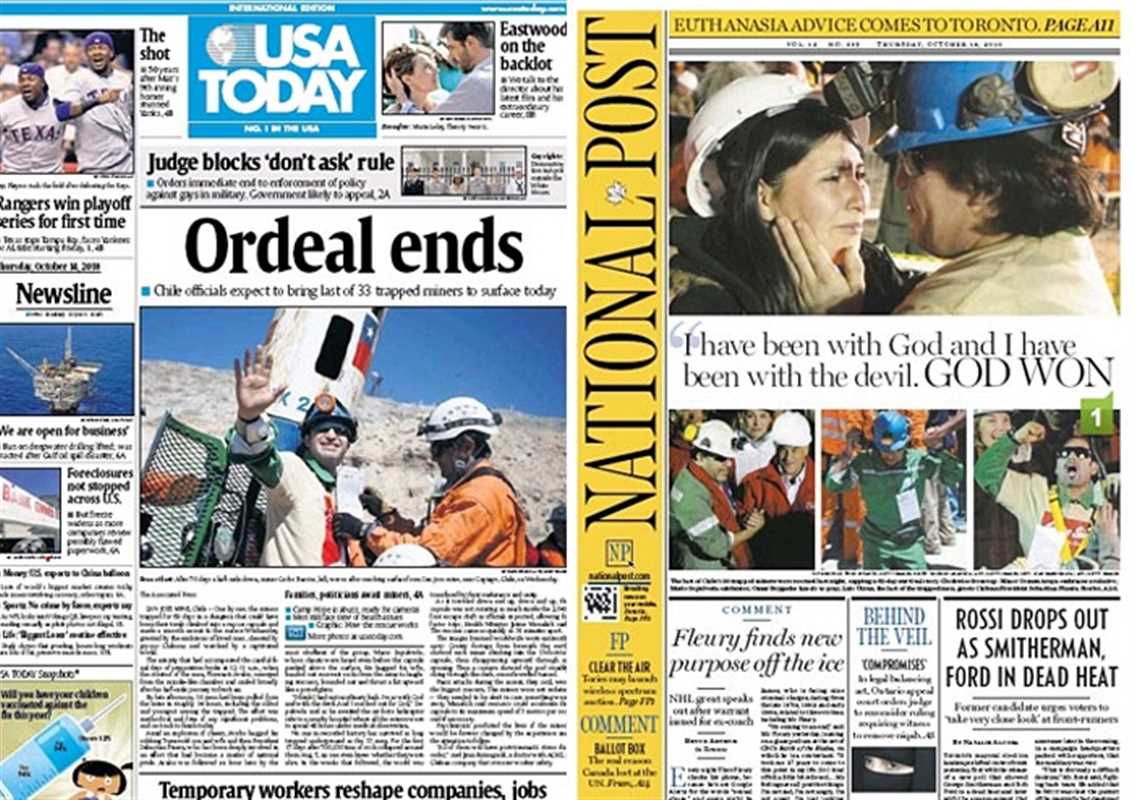 The Rest of the Story

In the five years since the accident, many have suffered from psychological problems. Yonni Barrios, 54, has spent 30 years working in the mines and is now suffering from the terminal lung condition silicosis.

Alex Vega was present at the birth of his three children – but has no memory of it. He is seeing a psychiatrist, and taking medication. 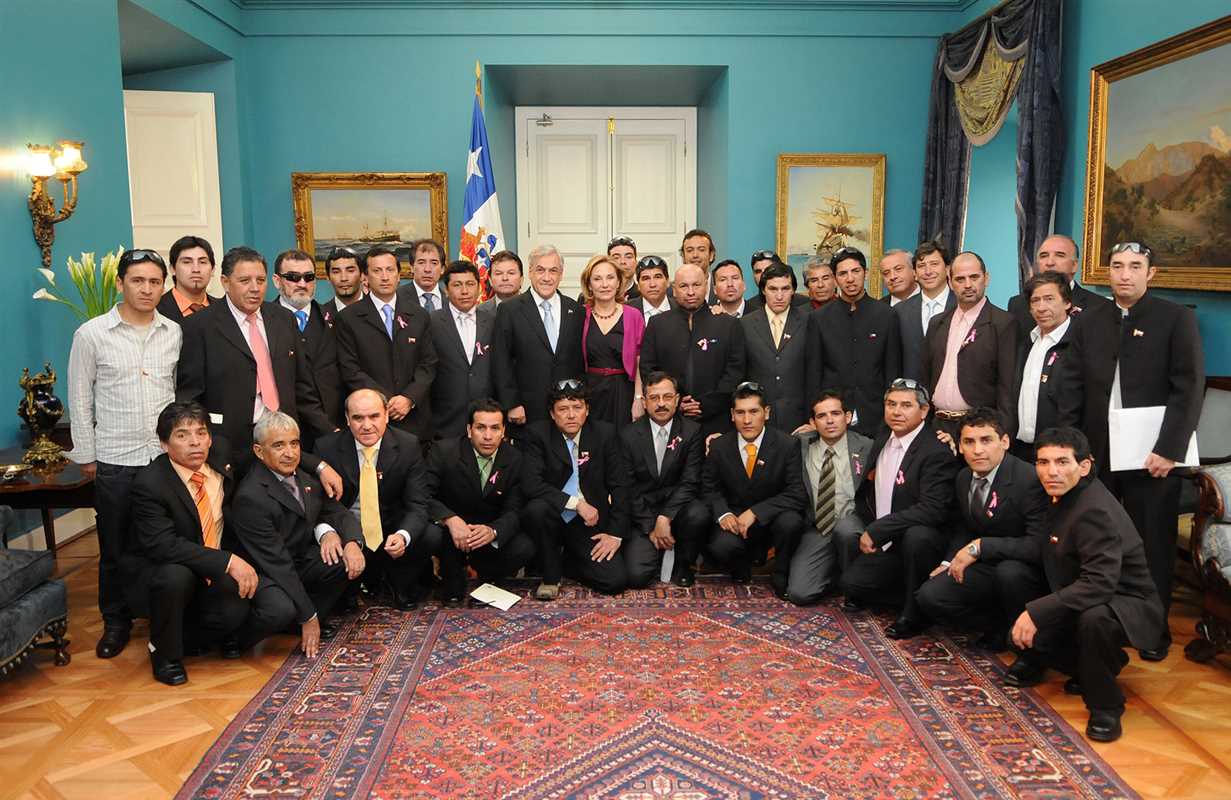 Edison Peña’s experiences after the rescue are typical of the other miners. Peña was known as “the runner.” He would jog for miles underground during his entrapment. He ran the New York marathon three weeks after emerging from the mine. Since then he has been admitted to rehab for psychiatric care and substance abuse.

Peña said “I’m here despite the fact that I’ve fallen down to show that I’ve risen up.”

As a survivor of more than a mine disaster he speaks a hope for all of us who will to rise strong.