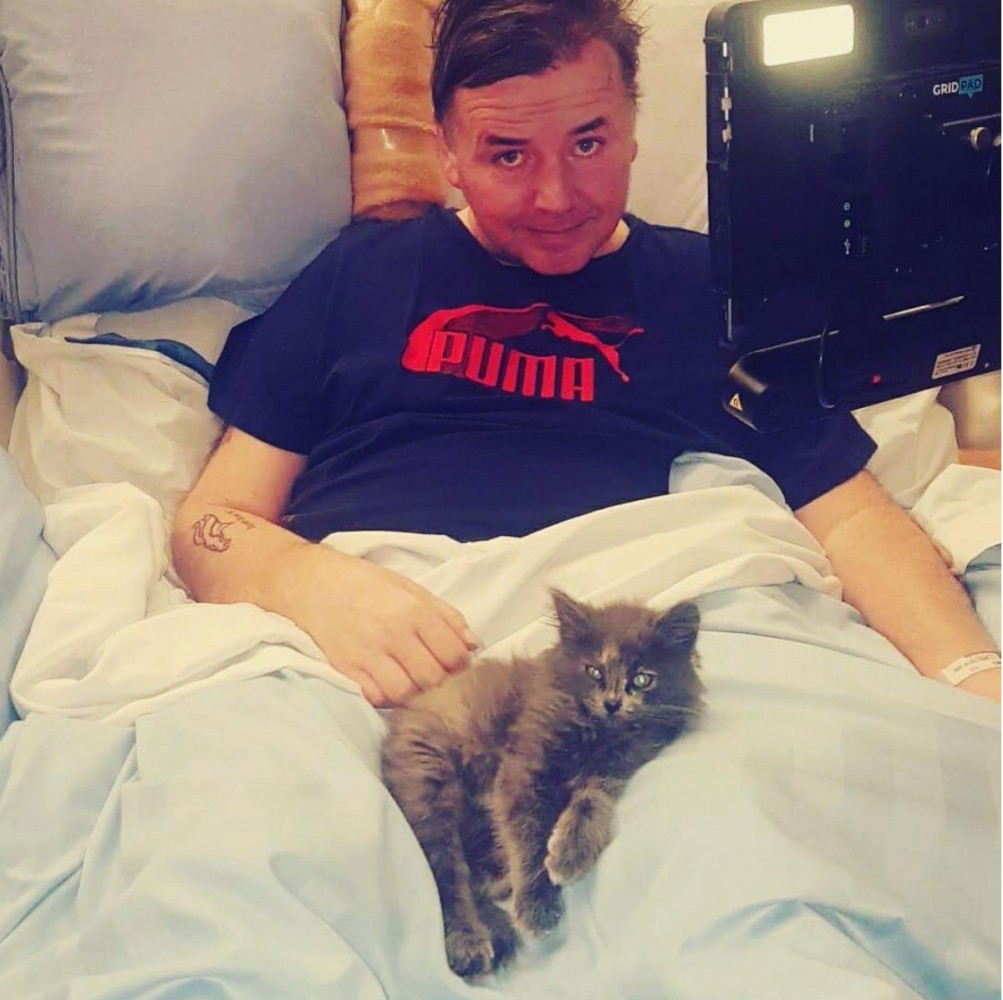 .John Orfino or as his grandson Espen knows him, Geed, is a remarkable man. We got caught up in room 9Y20 at the General Hospital in Edmonton this week where water and ice was his beverage of choice. John has ALS.

Amyotrophic Lateral Sclerosis (ALS) is a neurodegeneration and is rapidly progressive. Classic symptoms of ALS consist of progressive painless muscle weakness and wasting. That’s the clinical definition of the disease. It is better described as a devouring beast.

Some families call it “hell on earth.”

Two out of a hundred thousand people are affected by ALS. John told me in 2015 that he was diagnosed with ALS. He kidded about being one of the “lucky ones.” 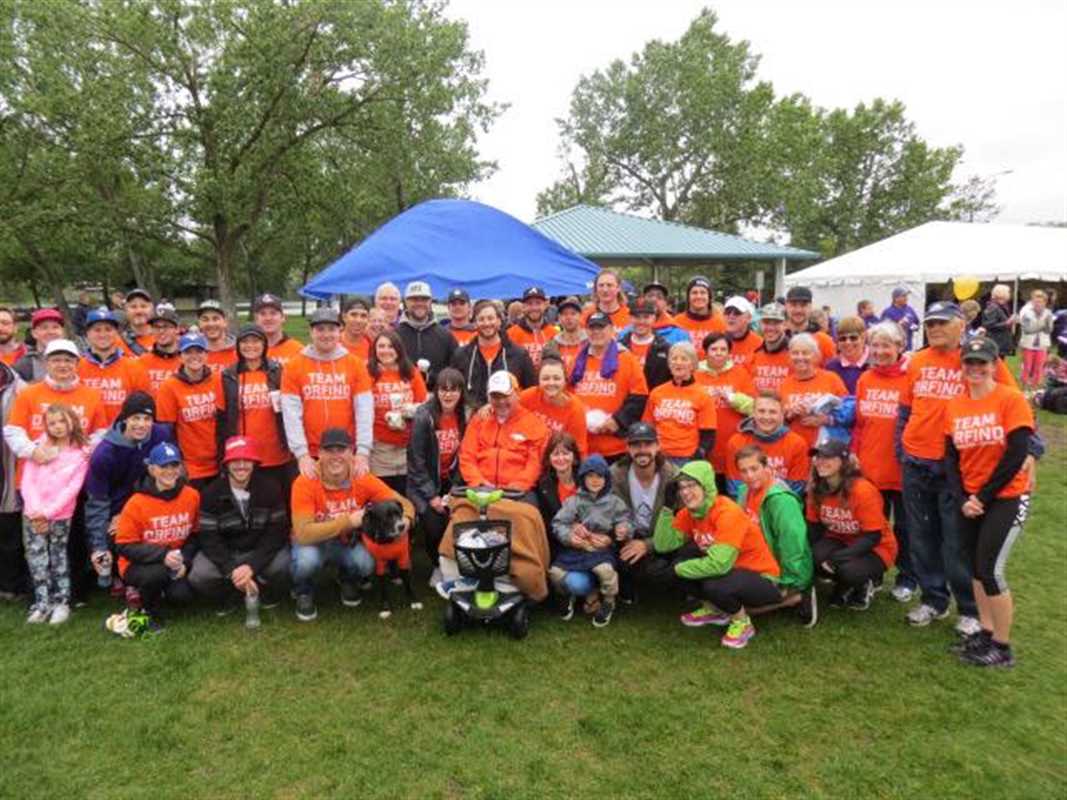 The smile you see on John’s face is genuine. Its crappy being in your 50’s and facing “end of life care.” But John’s not depressed or bitter.

He says he’s happy.  John doesn’t actually say the words – he uses eye movement to type out his message on a synthesized communication device. The effort alone is extraordinarily taxing for John.

He enjoys a measure of peace because his loved ones worry less about him due to the compassionate, round the clock care afforded him at the General.

John communicates a note on his keyboard about one of his care givers. He types, “She is my angle.”

His eyes smile when he notices his spelling mistake.

She’s an angel by any other name. 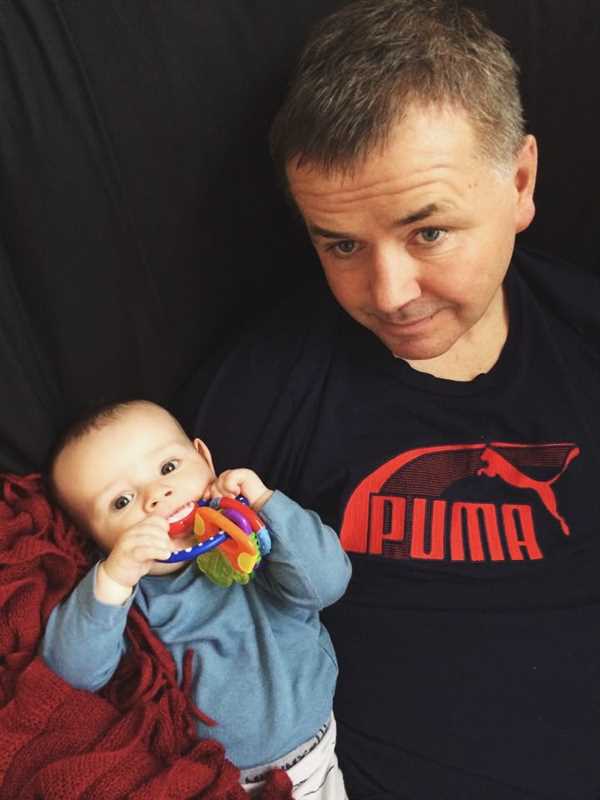 John has remarkable courage but don’t try to tell him that. He says its his wife Judee and daughter Kandis and the rest of his family that are the courageous ones.

ALS doesn’t have John – Jesus does.

Here’s a man who personifies – “My grace is sufficient for you, for My strength is made perfect in weakness.” 2 Corinthians 12:9 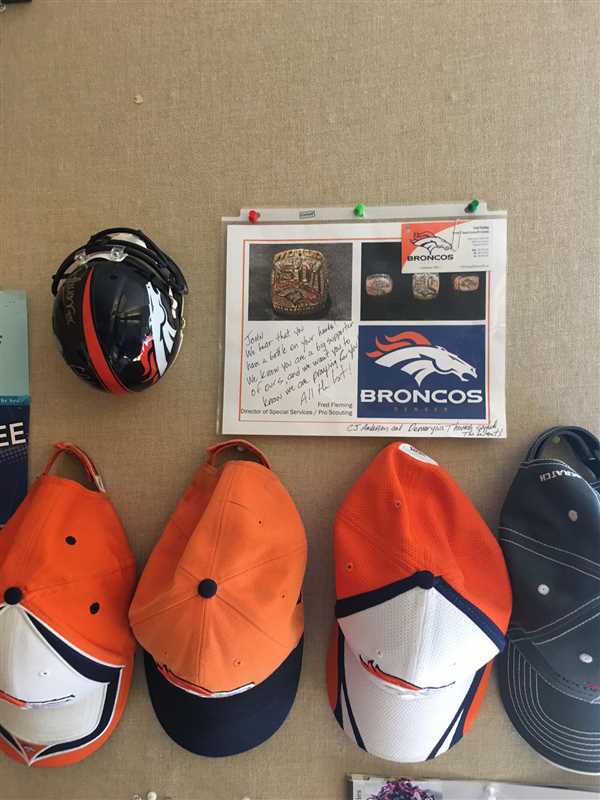 We kid each other about the Super Bowl on February 4th and how he’ll be happy if my team – The Patriots – lose.

After we pray together, I tell him I’ll wear my Patriots jersey the next time I come to see him. 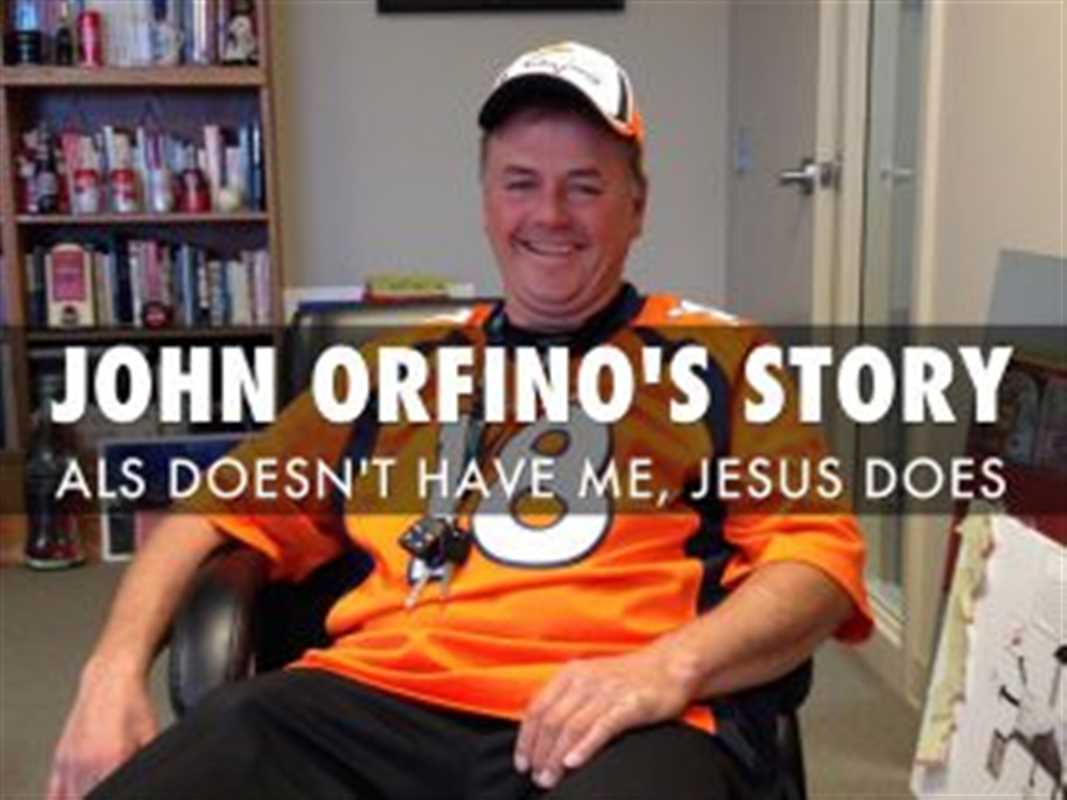 Exiting his room I realize I’ve been encouraged by someone I came to encourage.

Please leave a comment and a prayer for John below. Thank you.