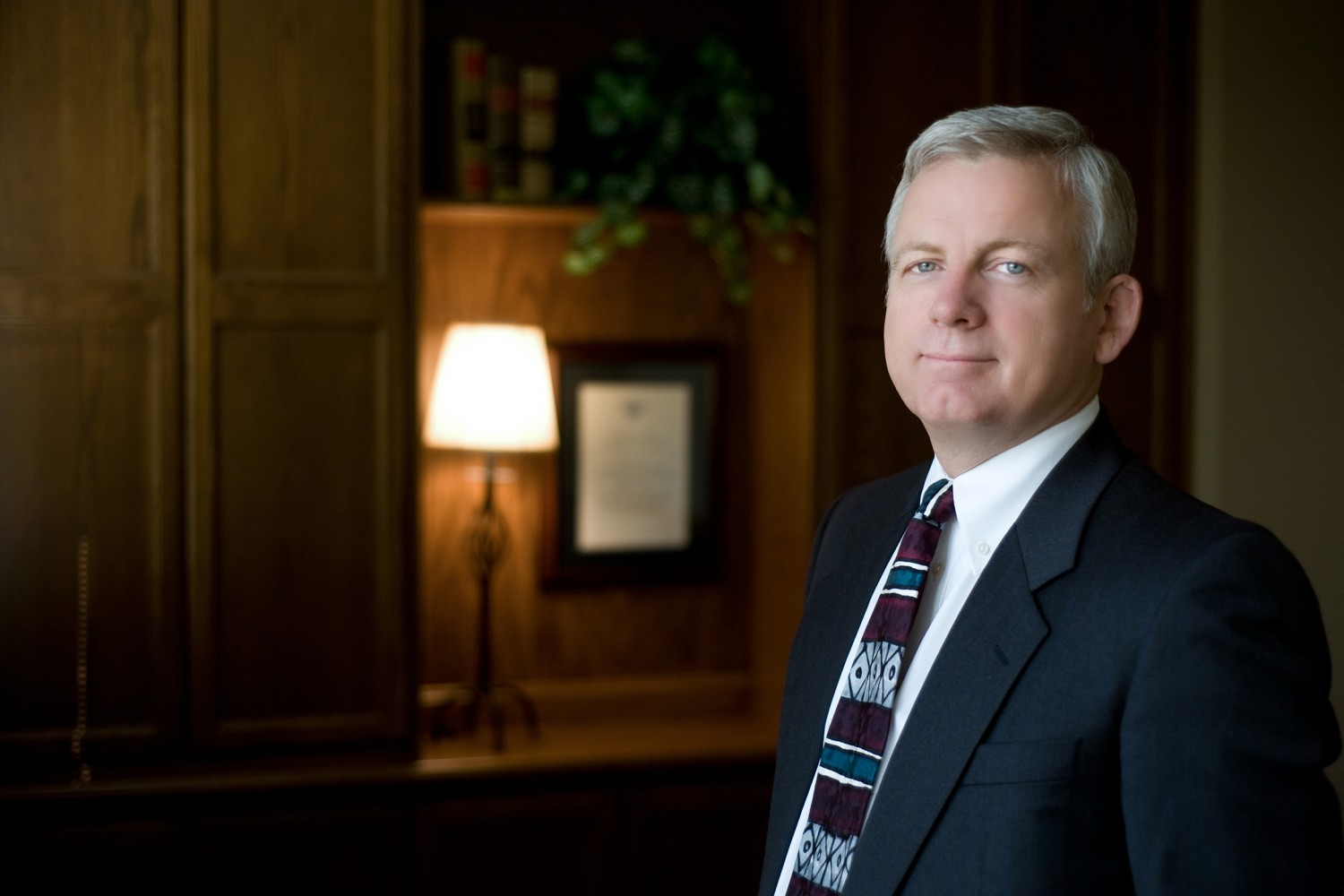 RELIGIOUS FREEDOM AT RISK IN CANADA

Is Trinity Western University a canary in the coalmine?

Bob Kuhn, president of TWU certainly thinks so. On November 30 and December 1, TWU will bring their arguments before the Supreme Court of Canada to defend their right to be a faith-based, accredited law school in Canada.

Kuhn says “the very essence of religious freedom in Canada” is being threatened.

I agree with him.

The Supreme Court’s hearing is about whether or not law societies in Canada can refuse to recognize graduates from TWU based on its Christian beliefs.

At the core of this case is the issue of whether people of faith have protection to hold their beliefs.

In 2001 the Supreme Court of Canada ruled, in reference to religious freedom, “The proper place to draw the line is generally between belief and action. The freedom to hold beliefs is broader than the freedom to act on them.”

Sixteen years later the freedom to hold beliefs is now at risk.

On the surface the issue is Trinity’s Community Covenant – something every student applicant must agree to. Included is a commitment to reserve sexual intimacy to marriage of one man and one woman. That commitment is deemed to be LGBTQ unfriendly.

However, that’s not why the Law Society of Upper Canada (LSUC-Ontario) is battling TWU.

The LSUC says that it rejects TWU not just because of their position on marriage, but because of the school’s “distinctly Christian” environment. In its written argument filed with the Supreme Court of Canada, the LSUC highlighted every part of the Community Covenant it found discriminatory.

TWU’s Community Covenant Agreement states that the school’s “core values, curriculum and community life are formed by a firm commitment to the person and work of Jesus Christ as declared in the Bible.” 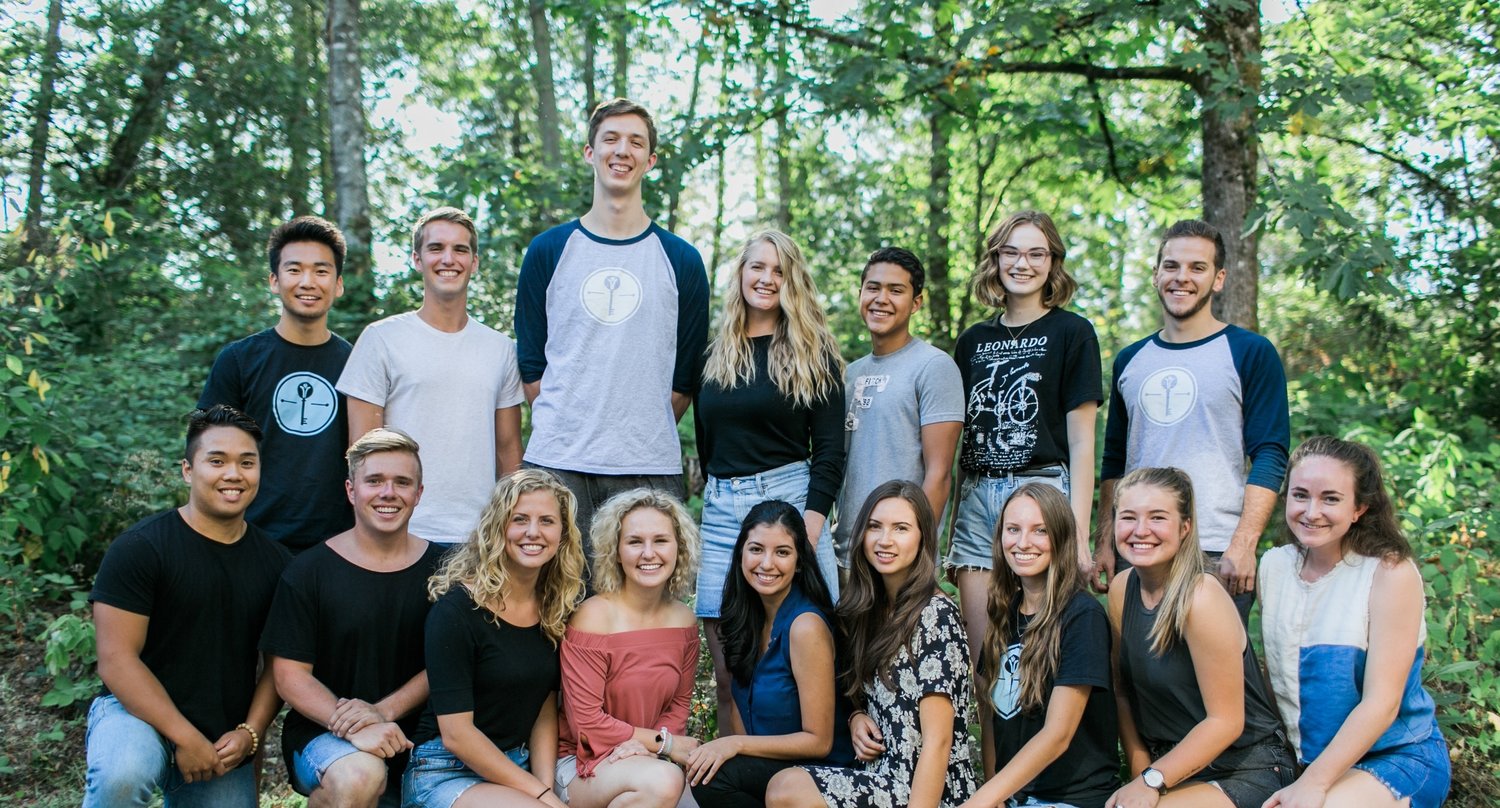 Law Societies are so bothered and offended by a school committed to Jesus Christ that they would exclude graduates of a law school from the practice of law.

They do all of this in the name of diversity and inclusion.

The outcome of this hearing will determine the boundaries of what religious organizations can do under their own roof.

APPLICATION: A challenge such as this is won or lost not just in the courtrooms of Canada, but also in the media and in the court of public opinion. If this post informs and resonates with you please share it. Leave a comment below.

Sunday, November 26 has been declared a National Day of Prayer for religious freedom in Canada. Make time to pray. 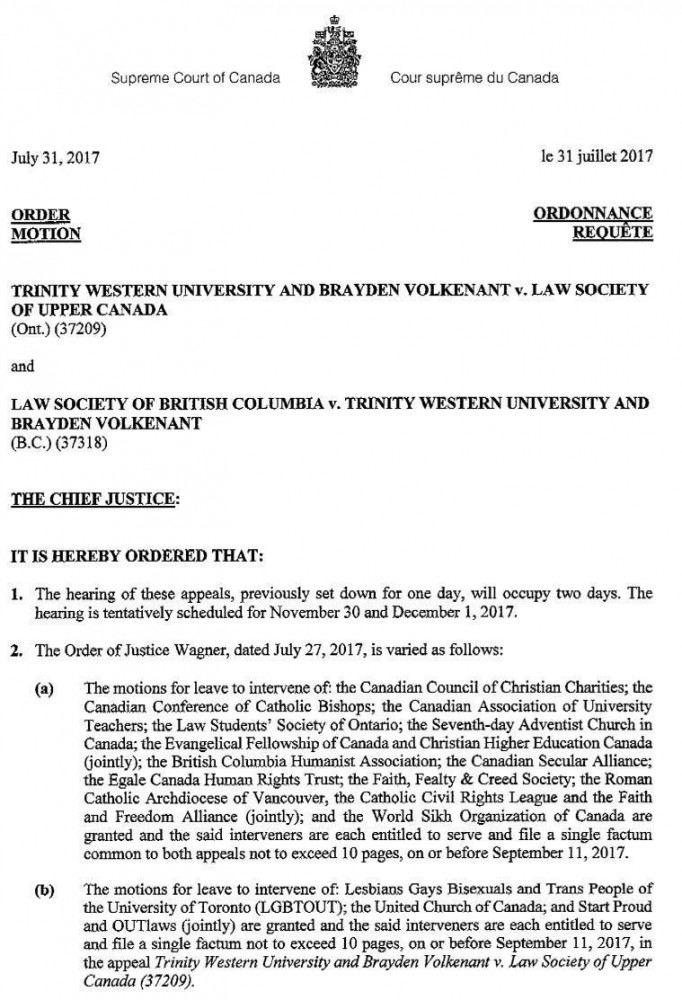 The Supreme Court heard from an unprecedented list of interveners at what was termed “a landmark hearing.”

“This coercive imposition of the majority view is a straightforward breach of freedom of religion.” Albertos Polizogopoulos, on behalf of the Evangelical Fellowship of Canada.

Others argued that corporations and organizations such as TWU do not enjoy the right of freedom of religion because they are not human and do not have a conscience.

Opponents of the school insisted the covenant hurts LBTGQ individuals and cannot be allowed because it is a barrier to a legal education.

Earl Phillips, executive director of the proposed law school said afterwards, “We are pleased the Supreme Court afforded us the opportunity to have our case heard. We are confident they will decide in favor of a truly free, diverse and pluralistic Canadian society.”