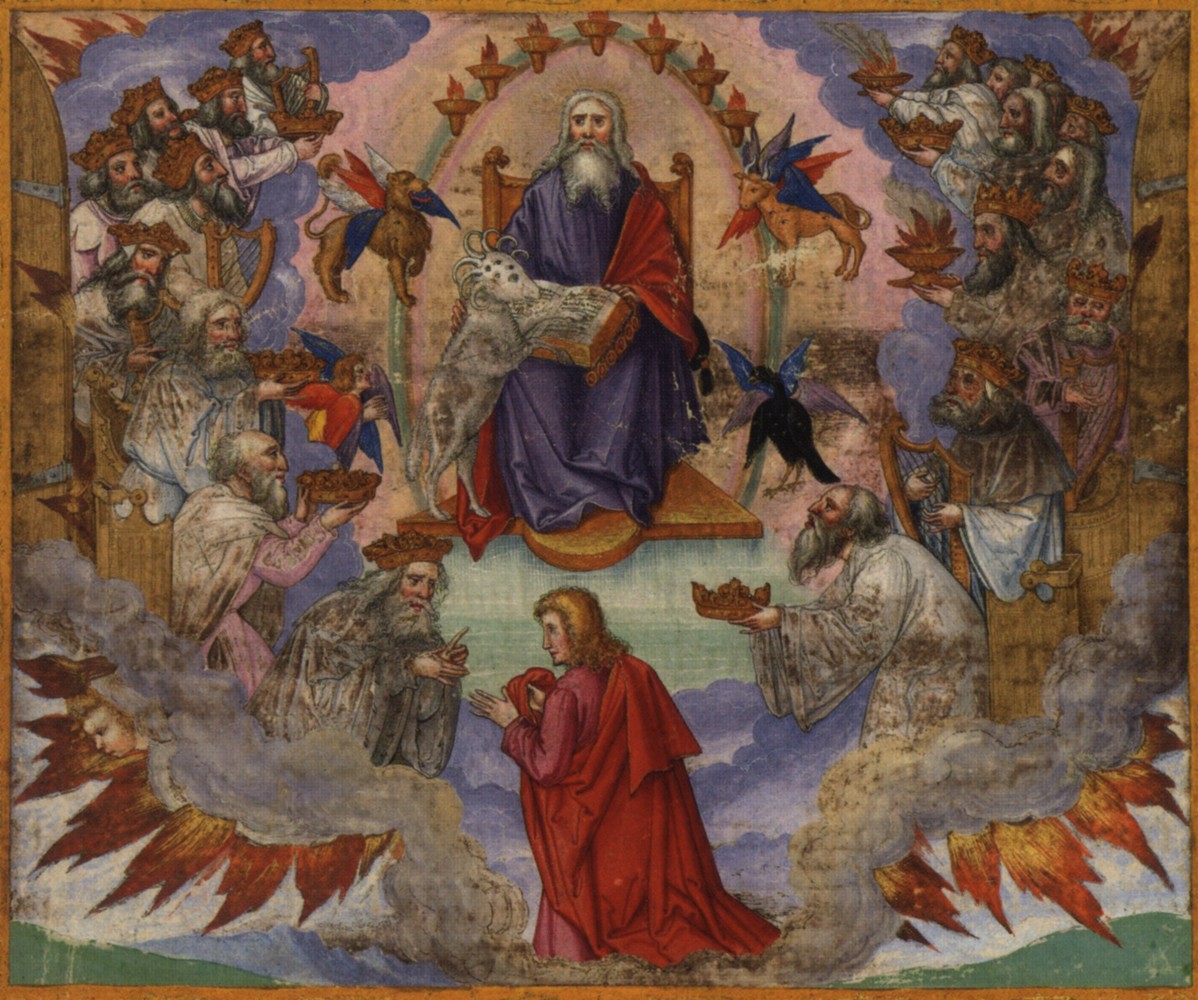 Reading Revelation Without Freaking Out

The Book of Revelation is puzzling, difficult to understand, and mysterious. On one hand it promises a blessing for those who read it and yet it has frustrated readers through the centuries. If you feel that way you’re in good company.

The likes of John Wesley, Martin Luther and John Calvin admitted to being confounded by the Book of Revelation and avoided preaching or teaching from it.

A wild array of end times theories have arisen based on Revelation’s content including the timing of the rapture of the Church, Blood Moons, the Anti-Christ, the Mark of the Beast, Chernobyl, Petra, the Catholic Church, the United States of America and the end of the world as we know it. It’s enough to make a theologian gag.

Here’s the deal. You need to revisit the Book of Revelation and read it for all it’s worth. “Blessed is the one who reads aloud the words of this prophecy, and blessed are those who hear it and take to heart what is written in it…” Revelation 1:3 (NIV)

The Why of Revelation

The path to how is paved in the why the Book of Revelation was written. The first clue is in the title.

The title of the Book of Revelation is singular. It’s not “Revelations.” It is the revelation of Jesus the Christ and it is a revelation from Jesus.

When Jesus walked the Earth his divinity was hidden in plain sight.

Peter, James, John, Matthew and Judas lived with Jesus for over three years. They knew him as a Galilean – a carpenter’s son. There was some controversy that dogged him about him being an illegitimate child. Jesus was as a rabbi, a miracle worker, maybe a prophet and a somewhat of a rebel out of favor with the religious establishment. His closest followers saw him open the eyes of the blind. He cured lepers. He made the lame walk. Jesus even raised back to life a little girl from her deathbed and a man who was already in the grave. They saw with their own eyes Lazarus come out his tomb wrapped in grave clothes.

However, his disciples never in their wildest imaginations knew him as God. They had no idea he was their Creator having taken on the form of his creation and becoming like them.

He was hidden in plain sight.

It seems unbelievable doesn’t it?

How could those closest to him miss that?

How do we miss that today?

The last book of the Bible is not primarily about the last days of planet Earth. It was for 1st century disciples facing 1st century persecution. And it is for our days on 21st century Earth. Read the book for practical purposes – just as it was intended.

The author was a pastor. And he pastored pastors. He writes for pastors of seven churches in their critical situations. He is also the last of the original 12 disciples, author the gospel of John in which he humbly calls himself “the beloved disciple.” John identifies himself as a brother and companion in the kingdom, patience endurance, and suffering.

There is no new information in the Book of Revelation about Jesus or God’s will and work. There are 404 verses in Revelation. And there are 518 references to earlier Scripture. In fact every book in the Old Testament is referenced within Revelation.

The Secret to Revelation

What’s the secret to understanding the Book of Revelation? What do you have to shed before you can appreciate the text and the exegesis of the text?

The secret is to seek the original intent. The original readers were capable of understanding the content. Read Revelation to see Jesus. Read Chapter One over and over. Soak it up. Leave any confusing imagery alone. Skim the entire 22 chapters in one sitting looking for Jesus and you’ll appreciate the book as it was intended.

The Book of Revelation is a Christophany – an appearance of the Christ.

Jesus refers to himself as The Lord God, The Alpha and Omega, Who is and was and is to come, The Almighty all to theologically ground the reader in the Trinity.

1st century readers of chapter One would readily know that Jesus was seen as the High Priest.

The Book of Revelation is:

The Book of Revelation is the presentation of “last things” or “the end times” and shows how the end affects the present. It is not predictive of the future nor does it foretell the future. Revelation tells how the future is breaking in on us now. It is a blessing for the now.

Jesus’ primary concern was that the Church would not cave under pressure, persecution, suffering and death. The situation was bad and the coming onslaught would only make things worse.

John is not certain believers in some churches are ready. Revelation is an appeal to faithfulness. It begins and ends with the phrase – “those who keep the words.” (Revelation 1:3; 22:7) Few, if any of the readers would have been eye witnesses to Jesus. John writes over five decades after Jesus’ death and resurrection. As such you can relate to the original readers.

Jesus is in control. That’s Revelation’s bottom line message. The Church will triumph. Some may lose their lives but this is part of the outworking of God’s best. God’s people are to engage in the holy war.

John is not trying to get readers to think more accurately about God or to train them to better behaviour but to get them to believe more recklessly. He declares that Jesus, not Caesar is king over kings.

The Book of Revelation will:

bring you to your knees in worship,

stand you on your feet in faith, and

propel you forward in courage.

So what are you waiting for? Open your Bible to the last book. The urgency is not about the final future but the near future. Your future.

What do you tink about the book of Revelation? Have you read the Red Letter version? Please leave a comment.