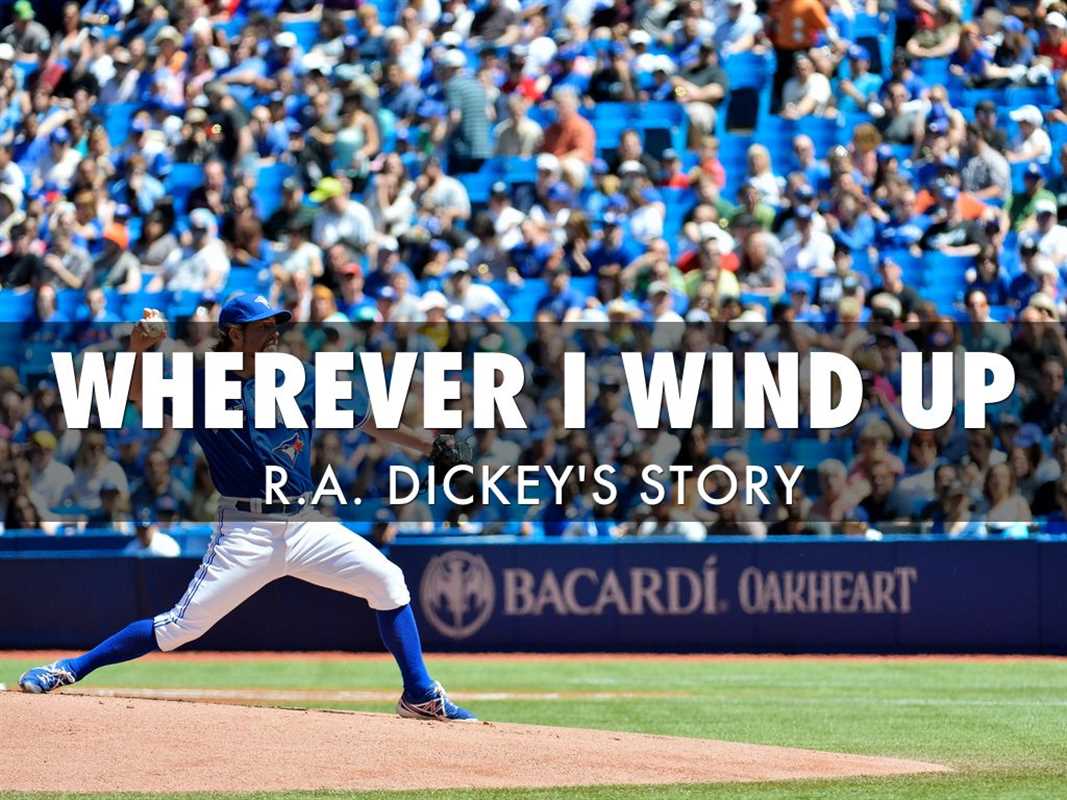 R.A. Dickey: Wherever I Wind Up

Got Blue Jays fever yet?

Dickey is a Blue Jays pitcher who’s got a good grip on life and a baseball.

I was willing to go into extra innings to read, “Wherever I Wind Up,” because I didn’t want to put it down.. 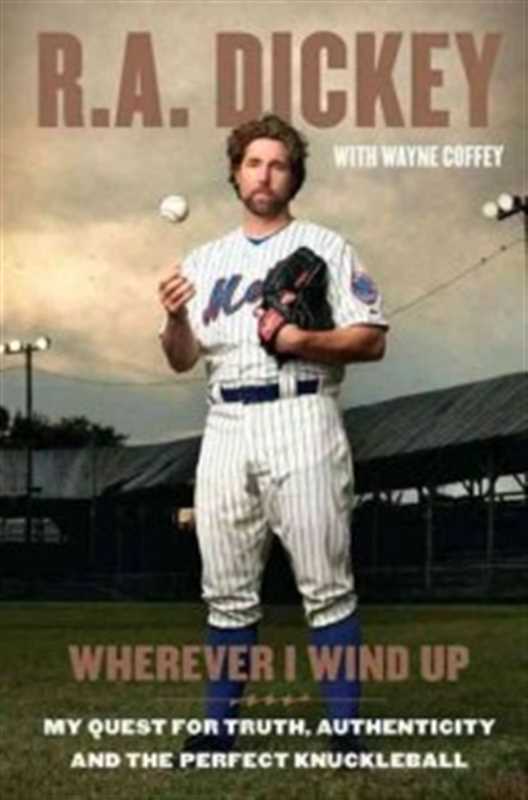 In what is arguably the most popular book on baseball, “Ball Four,” Jim Bouton opened the doors 42 years ago to reveal what really goes on in a big league clubhouse (and hotels).

R.A. Dickey does something even braver: he opens the door to the darkest moments of his life – from the sexual abuse he suffered at age 8 to his depression and the extramarital affair that almost ended his marriage.

His courage in telling his story is as fierce as his competitive, never-say-die nature.

From The Scrapheap to The Cy Young

In 1996, R. A. Dickey was the heralded number one draft choice of the Texas Rangers. After a routine physical, his $810,000 signing bonus and his lifelong dream were ripped away when an x-ray revealed that his right elbow was missing its ulnar collateral ligament.

Consigned to baseball’s scrapheap, he battled back. In 2012, 16 years after he was told he wasn’t good enough, Dickey received the highest honor for any pitcher with the Cy Young award while playing for the New York Mets. 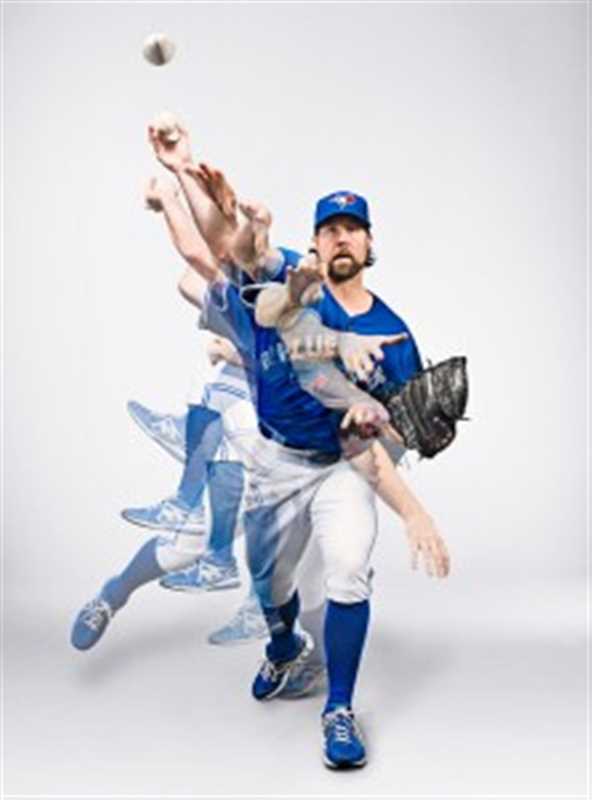 In baseball, knuckleballs are an asset for a pitcher facing the adversity of a slower delivery.

PITCH ONE – Surrender to God in every moment.

Dickey was forced to resort to throwing a knuckleball to survive as a pitcher. Knuckleballers are seen as flaky, unreliable and inconsistent.

“The knuckleball pitch has a mind of its own. You either embrace it for what it is – a pitch that is reliant on an amalgam of forces both seen and unseen – or you allow it to drive you half out of your mind. I embrace it.” (p.169)

“The knuckleball can be a metaphor for what it’s like to let go,” Dickey said in an interview. “When you throw a knuckleball well, the only thing you care about is releasing the ball toward its target without spin. To release a ball that doesn’t spin, you have to surrender to the outcome in a way that you don’t with other pitches.

For me personally, God’s in my mechanics. The surrender for me doesn’t happen when I release the pitch, it happens when I wake up in the morning – having to surrender to every moment from then until I close my eyes at night.” 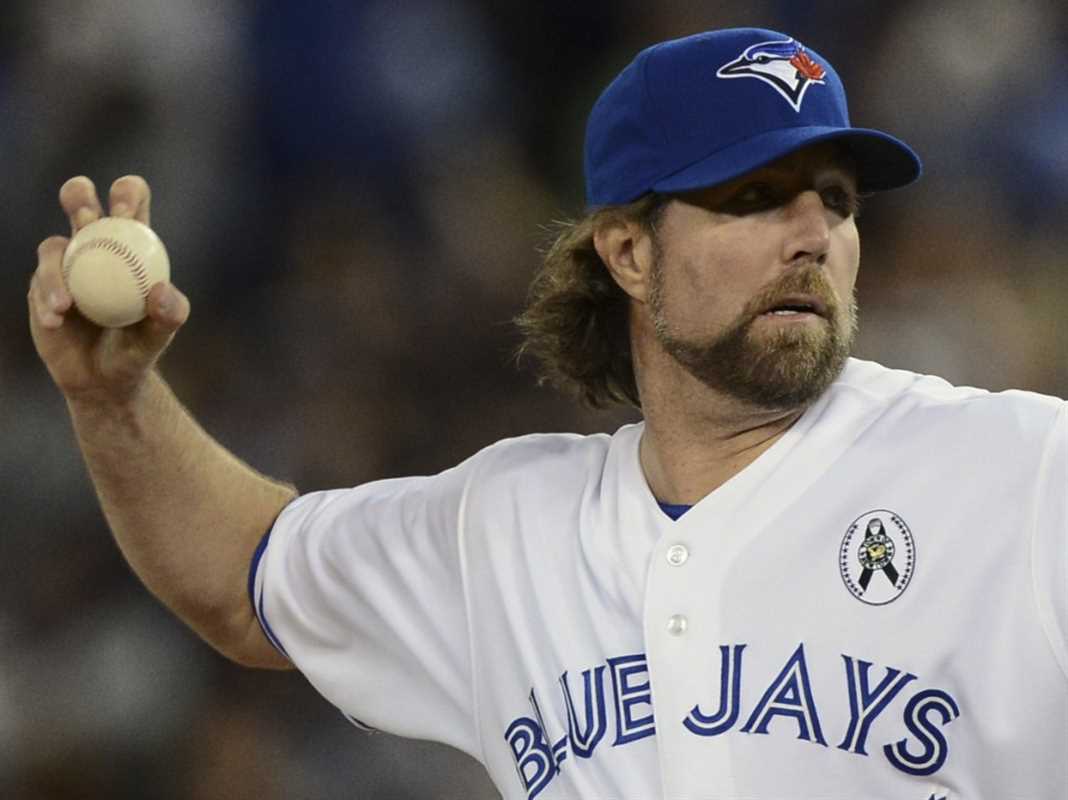 PITCH TWO – Hitting rock bottom, or river bottom, is the moment when life can begin to look up.

At one of the lowest moments in his career he got it in his head to swim across the Missouri River — a big, fast-moving waterway with a lot of undertow. Five minutes into the swim, Dickey realized he was in big trouble.

“Every stroke was a determined stroke to try to survive an experience where I thought I may drown. I had given myself over to the fact that this was it, I wasn’t going to make it. The undertow was pulling me down.”

Dickey’s feet hit the bottom of the Missouri just as he was about to open his mouth and take a final breath underwater. He bounced up and dog-paddled toward the side, where a teammate plucked him from the water.

“I think when I came out of the river, I was so consumed with just wanting to live in the present well — wanting to enjoy every second — that I think that carried over directly into my pitching, and I just cared about each pitch singularly. … And I decided that that’s how I wanted to live my life.” 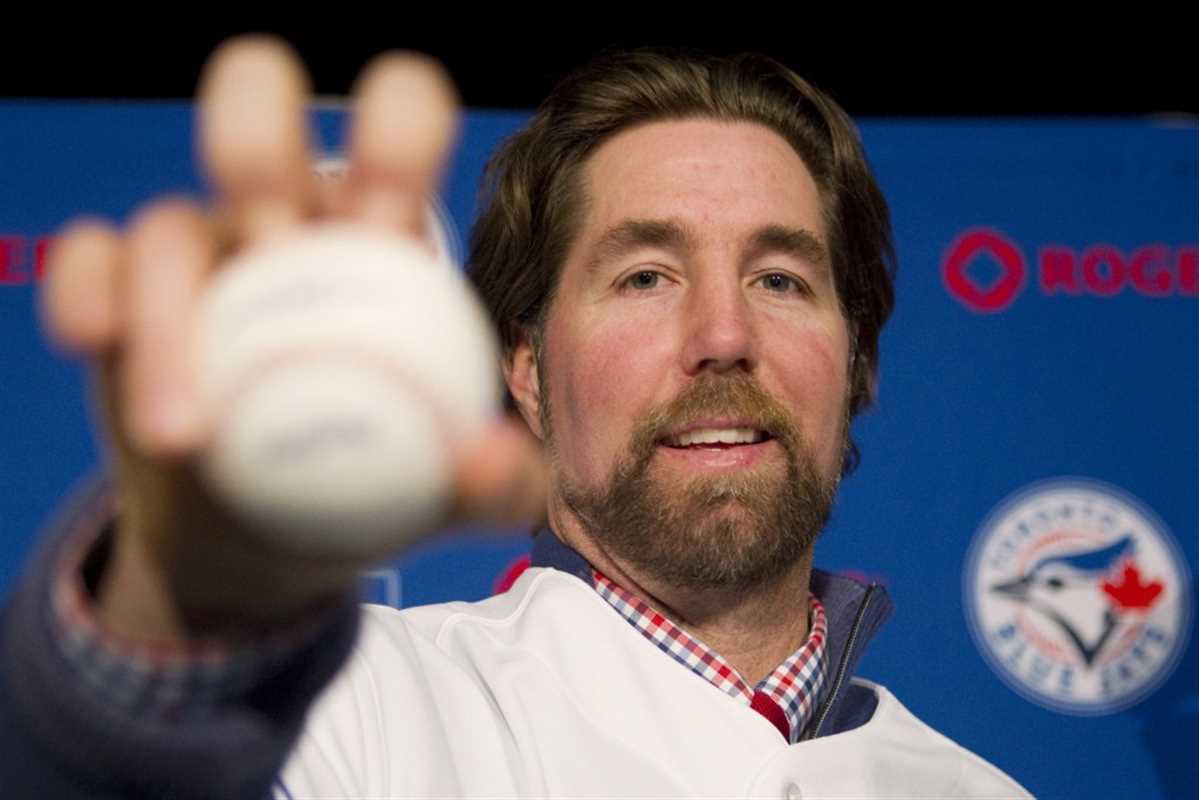 Pitcher R.A. Dickey demonstrates his knuckleball grip following a news conference in Toronto on Tuesday January 8, 2013 as the Toronto Blue Jays introduce the newest addition to their roster. THE CANADIAN PRESS/Chris Young

“The Missouri River may not be holy water and people may not go there to be baptized and seek absolution of their sins but nobody can tell me that God didn’t use it to humble me and help me and recharge my faith and reset my focus.

I jumped in to prove my worth and failed spectacularly but wound up with one of the greatest gifts of my life. What a deal. What a day!”

PITCH THREE – Let go of your regrets and hold onto faith.

“Baseball for me is a game of managing regrets. If you let your regrets linger they will devour you. You need a short memory.

You manage your regrets by letting them go and taking them to the curb as if they were trash.

You manage them by forgetting them as soon as the ball leaves your hand or leaves the park and turn 100% of your intensity and your competitiveness to the next pitch. It’s the only pitch you can throw, after all.” (p.323) 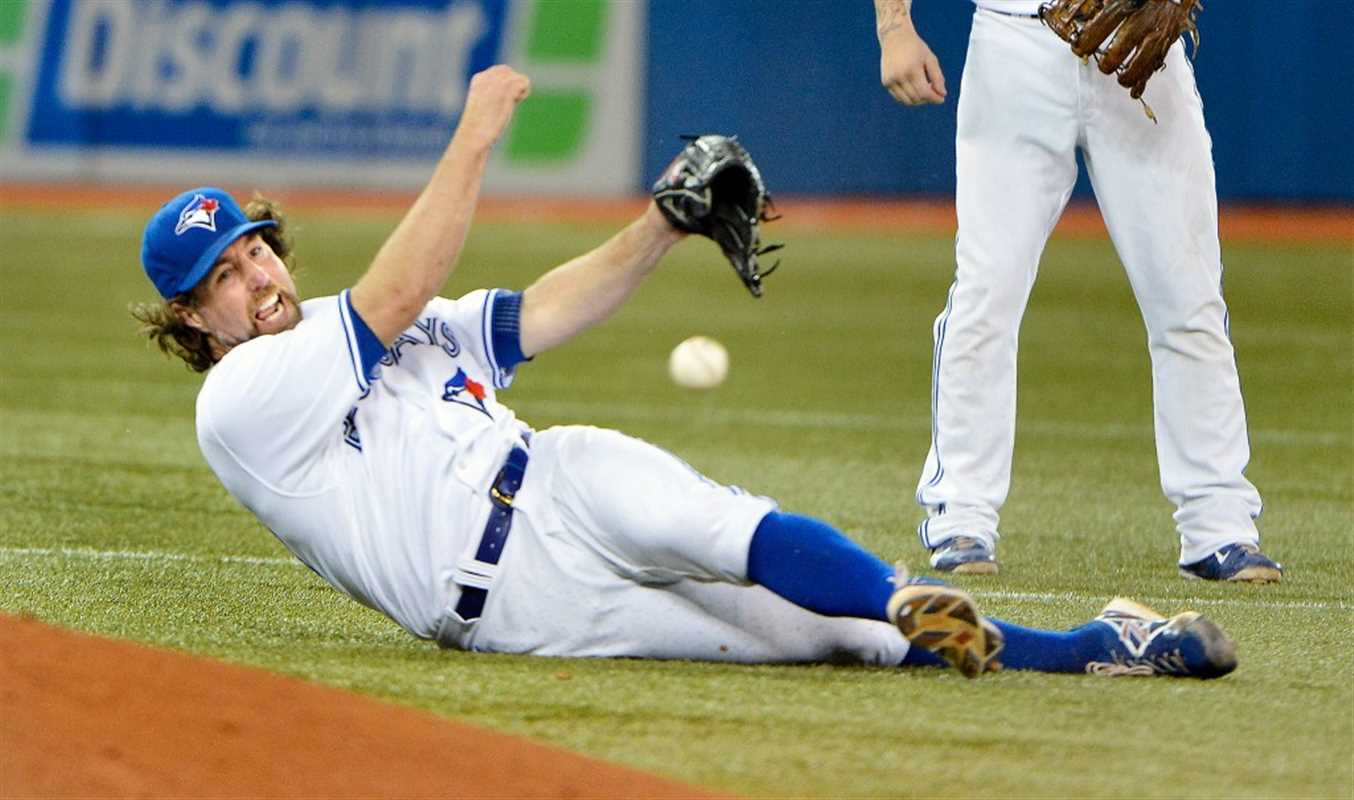 “Faith is stepping past what you know – the shame and hurt – and into the mystery that love might be there for you. You’re giving yourself and your children the greatest gift you could ever give them. (p.235)

“I am focusing not on the next month or year or uniform but on the next pitch putting all my energy into the process of pitching. Tried but true: my life is about the daily journey not the final destination.” (p.224)

More on R. A. Dickey

R.A Dickey on “I Am Second”