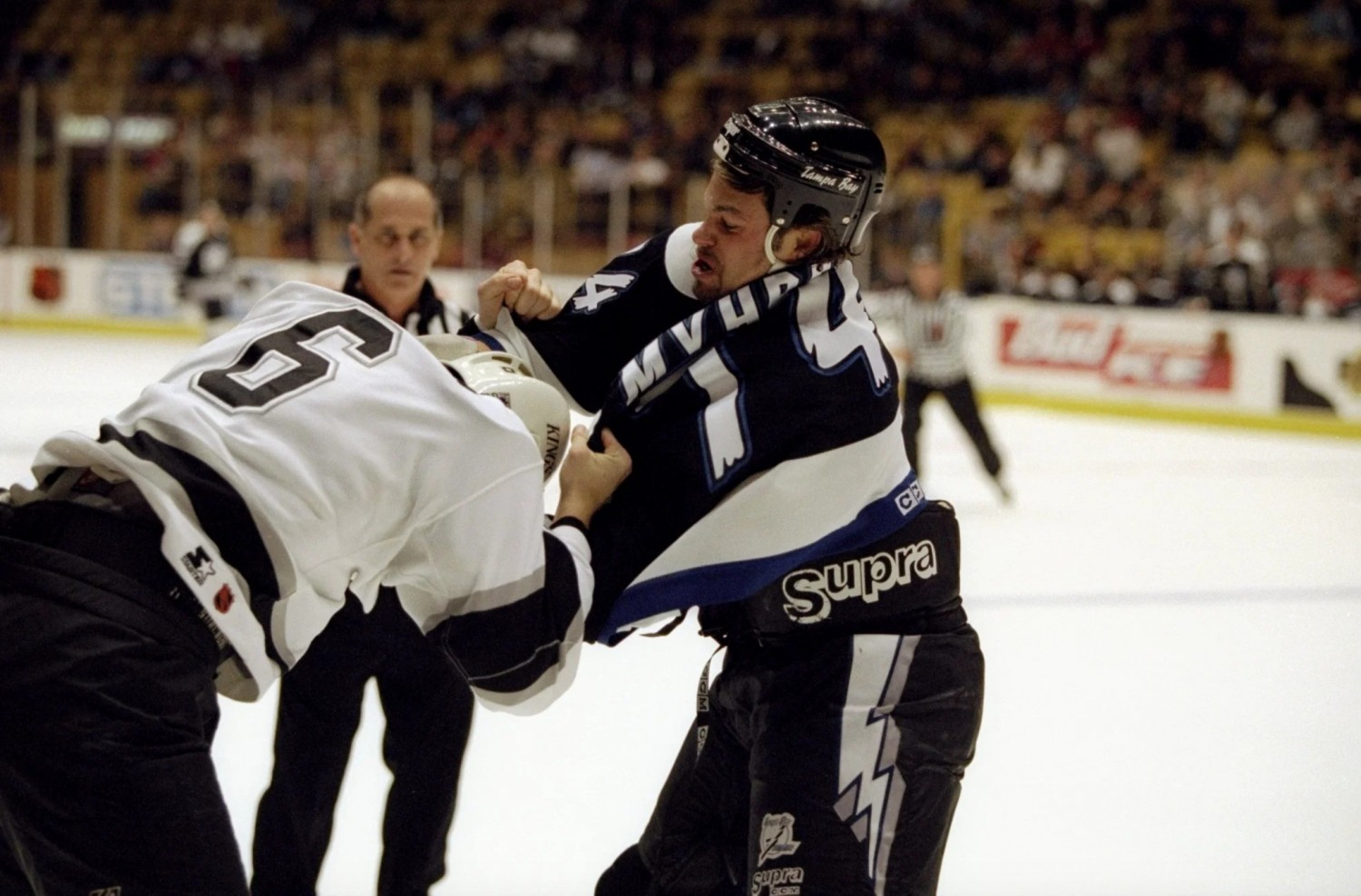 He was at his sister’s house for dinner. A liberal amount of whisky and vodka wasn’t enough to keep him together. His drug dealer wasn’t picking up. Brantt ended the night with his hands around his sister’s throat and then threatened to kill himself with a knife. She called 911 while her kids hid in the upstairs bedroom with the door locked. Brantt was arrested. He woke up the next morning and pleaded with God for one more chance. The next day the NHL called. They offered him rehab for the fifth time. “Can you get on a plane tomorrow?”

He said, ‘Yeah, but I’m about to be a father. My daughter is going to be born in a week.’

They said, “If you don’t get on that plane, she won’t have a daddy.”

Brantt says they were right. 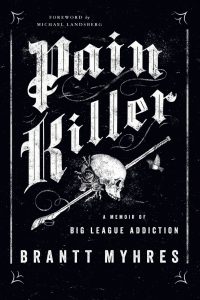 You don’t have to be a hockey fan to appreciate, Pain Killer, Brantt Myhres’ best-selling memoir. You do need a strong stomach. This is a rough read. Eye-opening. Brantt introduces you to the most well known fighters in the NHL and details the drugs, alcohol, sex, and the raging fear that drove him as an enforcer. Hockey gave him everything he dreamed of in life and very nearly killed him. He recorded 687 penalty minutes in 154 NHL games. He played hard. Off the ice, he lived even harder. Substance abuse sabotaged his career and personal life—week-long benders, stripper-filled hot tubs, motorcycle crashes, bar brawls and family problems.

Myhres played in the NHL between 1994 and the early 2000s, for the Tampa Bay Lightning, Philadelphia Flyers, San Jose Sharks, Nashville Predators, Washington Capitals and Boston Bruins. He dressed in one game for the Calgary Flames, was on the ice for three seconds and had his face caved in from a career-ending haymaker courtesy of Edmonton Oiler, George Laraque.

Pain Killer is a testament to second, third, fourth and fifth chances. Brantt was a skilled liar. He conned himself as much as hockey executives. He came to his senses after being knocked senseless so many times, getting punched in the face by life and opponents. Brantt discovered his most fearful adversary was himself. Deep down inside, he wanted to ruin his life.

On his first day in rehab he wrote down that he wanted to repay the NHL for one more chance. He turned his intention into action after he graduated from the program by helping other NHL’ers like himself, as well as minor hockey players.

Brantt knows he wouldn’t be here today if not for the other people in his life, especially his daughter Chloe. He says that when you’re at the bottom it’s hard to clean up if you’re doing it just for yourself. But you can do it for someone else.

It took many years for Brantt to stop ruining his life. Now he hopes the book can save others. Get your copy here and let us know what you think of it by leaving a comment below.