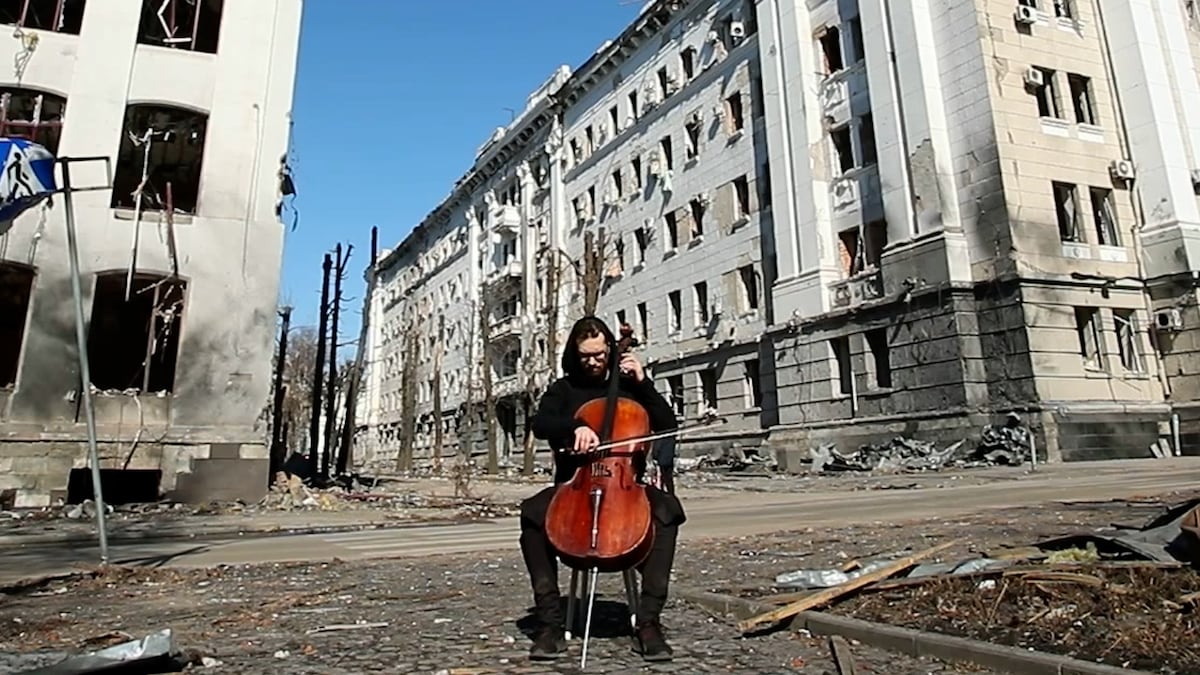 Music: The Sound of Defiance in Ukraine

Cellist, Denys Karachevtsev, sits on a stool in the road in the Ukrainian city of Kharkiv. You’ve probably seen or heard the sombre Bach melody he chose to play. Music in the sound of defiance in the midst of chaos.

Before the war, Kharkiv was known as Ukraine’s intellectual capital. With more than 30 universities, it brimmed with students and was a well-known scientific and cultural hub. But today, missile strikes have ravaged the 19th-century architectural gems in its center.

As Karachevtsev plays on a late March afternoon, the only other sound that can be heard is the harrowing rush of wind travelling through the destroyed buildings behind the musician.

Karachevtsev, 30, was born in Kharkiv. He studied music in Kyiv and traveled the world touring with different orchestras. He decided to remain in Kharkiv despite the heavy shelling of the city since Russian forces invaded Ukraine because he wanted to support his beleaguered hometown.

Denys has a lot in common with Vedran Smajlovic. Before the war Vedran had been the principal cellist of the Sarajevo Opera Company. It was 4pm, May 27th, 1992 – one month into the siege of Sarajevo. Suddenly a mortar shell fell directly into the middle of a bread line, obliterating 22 lives. When Vedran saw the massacre outside his window, he rushed to the scene and was overcome with grief at the carnage.

Driven by anguish, he decided to act. He did the only thing he could do. He made beautiful music. For the next 22 days, one for each victim of the bombing, at 4 p.m. precisely, Vedran would put on his full formal concert attire, and walk out of his apartment into the midst of the battle raging around him. He placed a fire-scorched stool in the middle of the bomb-crater and played Albinoni’s Adagio in G Minor. 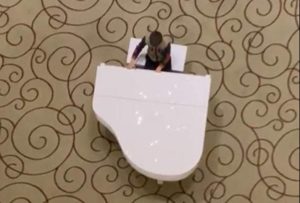 Music is the choice of defiance by many artists. As Russian troops were closing in on Kharkiv and people were attempting to flee, a young boy sat at a glossy white piano in a hotel lobby and began to play. The piece he chose is titled “Walk to School.”

Irina Maniukina brushes the ashes off the keys of her grand piano, as she sits down to make music in her family home one last time. In a TikTok video filmed by her daughter, Karina, the 48-year-old mother of two takes a deep breath of composure, before she starts to play Chopin’s Étude Op. 25, No. 1 (Aeolian Harp).

As she performs, the camera pans around the destroyed house, showing debris, smashed glass, and rubble. Hours earlier, a bomb landed just 30 feet away from her home in Bila Tserkva, south of Kyiv. 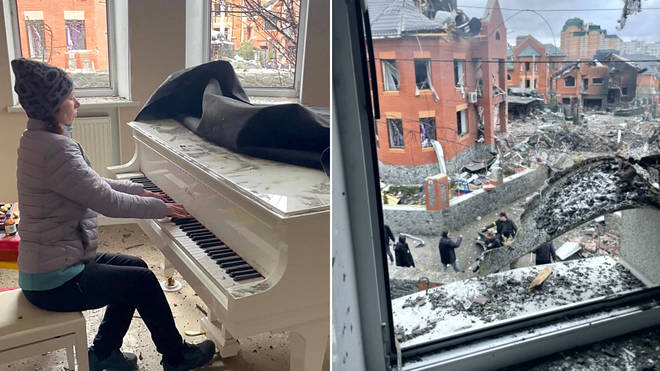 What do you do when you don’t know what to do?

When you settle your fire-scorched stool in the middle of your ugly circumstances and give thanks to God, you are, like Smajlovic, Karachevtsev, Maniukina, and a young boy, performing an act of fearless defiance.