Andrew White was kidnapped in Baghdad, gave all his money away, adopted six Iraqi children and suffers from MS. For more than ten years, Canon Andrew White presided over the only Anglican Church in Iraq, a role that led him to be known universally as the “Vicar of Baghdad.”

With the invasion of ISIL, Baghdad became too dangerous, and today he splits his time with his displaced congregation – many of whom are children – in Israel and Amman, Jordan.

Andrew helped his young charges understand the meaning of Easter.

To make the story real I gave our children an olive wood cross made by a friend, a carpenter in Bethlehem called Joseph. One little boy called Yuseph started to cry when I gave him his cross.

I asked him what was wrong and he said that he wanted a cross for his daddy but Daesh – ISIL – had killed him. I gave him another cross and told him that this cross was for his daddy; that he should put it on the altar and one day Jesus would be coming back and his daddy would get his cross. It was a very simplified explanation of the meaning of Easter.

Tell Them We Love Them

Not so long after this day, I was leaving Jordan to return briefly to England and visit the US. As I always do, I asked the children what they wanted me to say to all the people I met.

“Tell them that Jesus loves them and thank them for giving us a school.” Then Yuseph stood up and gave me his cross and said “Abouna” – Father – “will you give the people you see my cross and tell them that we love them?”

I gave him back his cross, but promised him that wherever I went I would give away one of the crosses and tell people why I did. 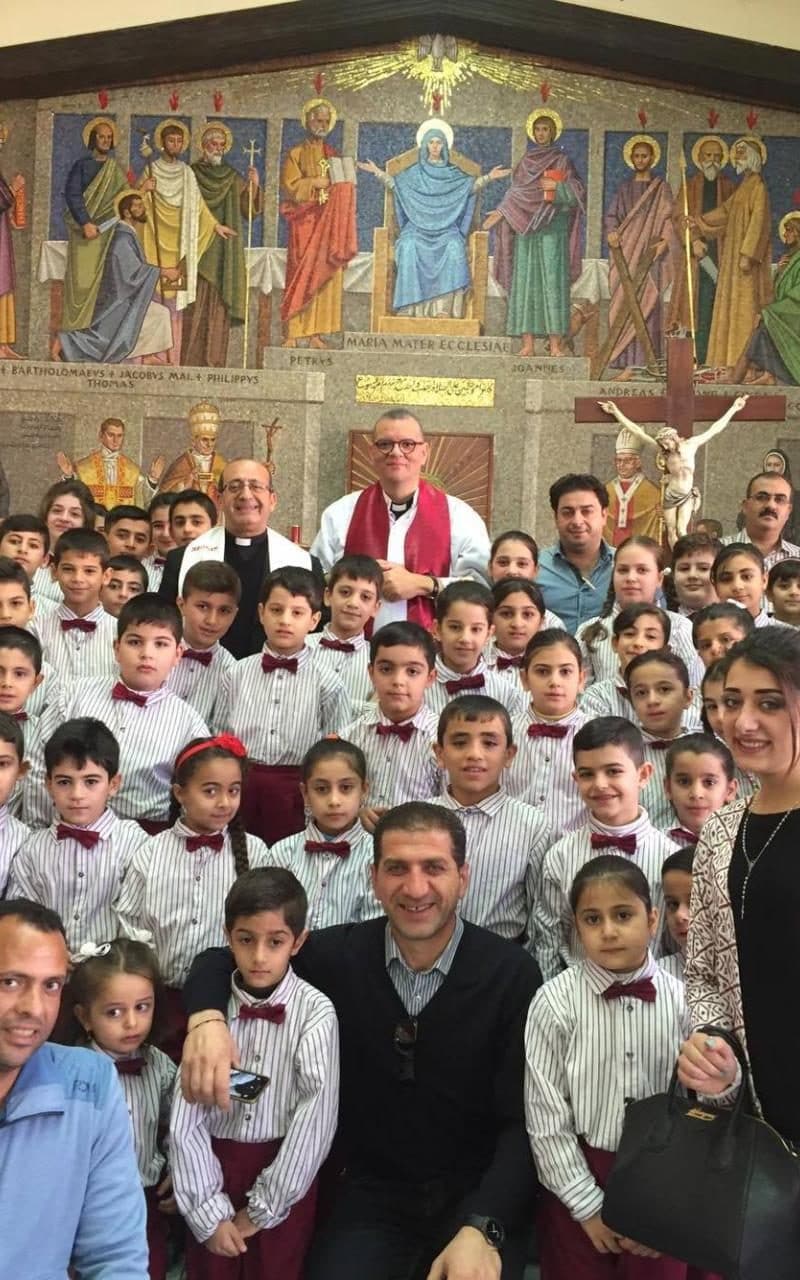 So here I am, living and working with my Christians in the Middle East. We are an Easter people, but we are living in a Good Friday world. Still, though nearly all have had loved ones killed, persecuted and tortured, yet they are not without hope.

And their hope is based, in the words of the great hymn: “…on nothing less than Jesus’s blood and righteousness”.

Make time now to pray for Christians in Syria, Iraq and Jordan.