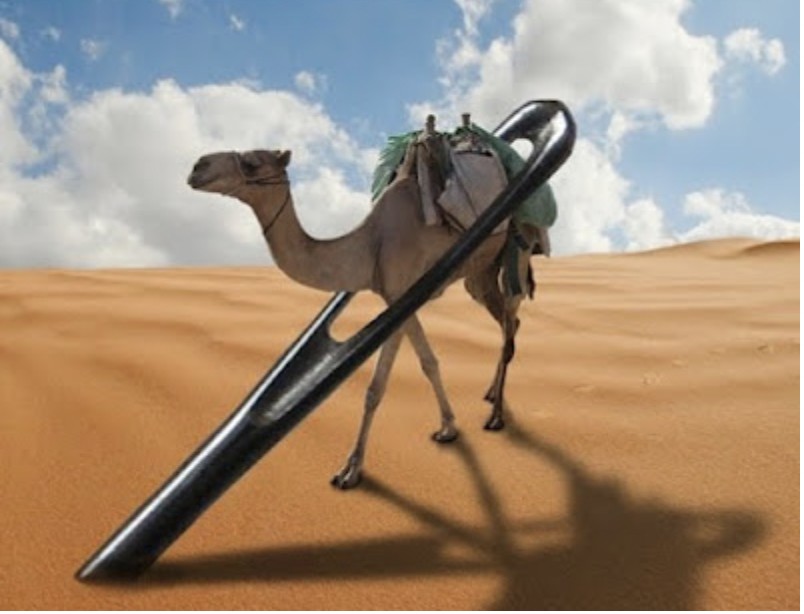 Jesus had a wicked sense of humour. In fact, it was so good, his use of sarcasm is taken seriously leading to all kinds of twisting to interpret what he meant.

A Saviour’s Wicked Sense of Humour

Jesus showed his sense of humour early in his ministry. He called a young man named, Philip to be one of his disciples. Philip then tells his friend Nathanael that he has found the Messiah.

“Nathanael said to him, ‘Can anything good come out of Nazareth (where Jesus grew up)?'” (John 1:46)

Philip convinces his friend to go and meet Jesus. When Jesus sees Nathanael, he calls him a true Israelite in whom no deceit exists (verse 47). Some take this as a high compliment of Nathanel’s character.

Jesus, of course, knew what Nathanael said about him (verse 48). His comment comes from the fact that Jacob’s name (the father of the twelve tribes of Israel) literally means “someone who is full of guile” or “he who deceives”.

Jesus, in other words, is stating something like “Isn’t that unusual. We have finally found a descendant of Jacob who is without guile.”

Jesus’ sense of humour is on full display in one of his most well-known parables.

A Jewish child hearing these words would laugh at the idea of a man with a big wooden beam in his eye trying to find a speck or sliver of wood in someone else’s eye.

Taken literally, these verses appear ludicrous and silly. That is, however, the point. Jesus used a funny, exaggerated analogy to drive home the concept that before we pick on the little faults and flaws of others we need to take a hard look at our own giant shortcomings.

The Camel Jokes of Jesus

Jesus said, “It is harder for a rich man to enter heaven than it is for a camel to go through the eye of a needle.”

Biblical commentators are confused by this statement. Rather than take it as hyperbole, they try to rationalize it. They suggest that there was a section in the Wall of Jerusalem with a tiny little door that camels could shimmy through.

The joke is that a camel fitting through the eye of a needle is a physical impossibility. And as hard as it is to squeeze 1500 pounds of camel through a millimetre-wide opening, it’s even harder for rich people to let go of their wealth and cling instead to Jesus as their all.

Sarcasm: A Tool For Good?

Some Christian leaders deem the use of sarcasm sinful and that it has no place in the kingdom. Others hold the opinion that Jesus was a satirist. I pitch my tent in the latter camp.

We all have at least one person in our lives who seems to communicate solely through the language of sarcasm. Whether we find this to be endearing or annoying, recent research suggests that these people are using parts of their brains reserved for creative and abstract thinking.

But, you don’t have to be a sarcastic person to share the same creative benefits: just being able to decipher sarcastic speech uses the same mechanisms. This means those who understand facetious comments may be capable of more creative thinking than their more gullible counterparts.

Sarcasm is basically abstract thinking that requires the speaker and listeners to stretch their imaginations with a dash of added sass.

Sarcasm can be borne of passive aggression and unhealthy thinking patterns, yet, it can also be a sign of creative genius.

I say, bring on the sass!

Are you sarcastic? Do you know someone who is? Are you offended or inspired by sarcasm? Please leave a comment below.

Katie Medlock enjoys writing about the changing world. She balances her time as a licensed mental health counselor and blogger with her love for yoga, weightlifting, hiking, and travel.