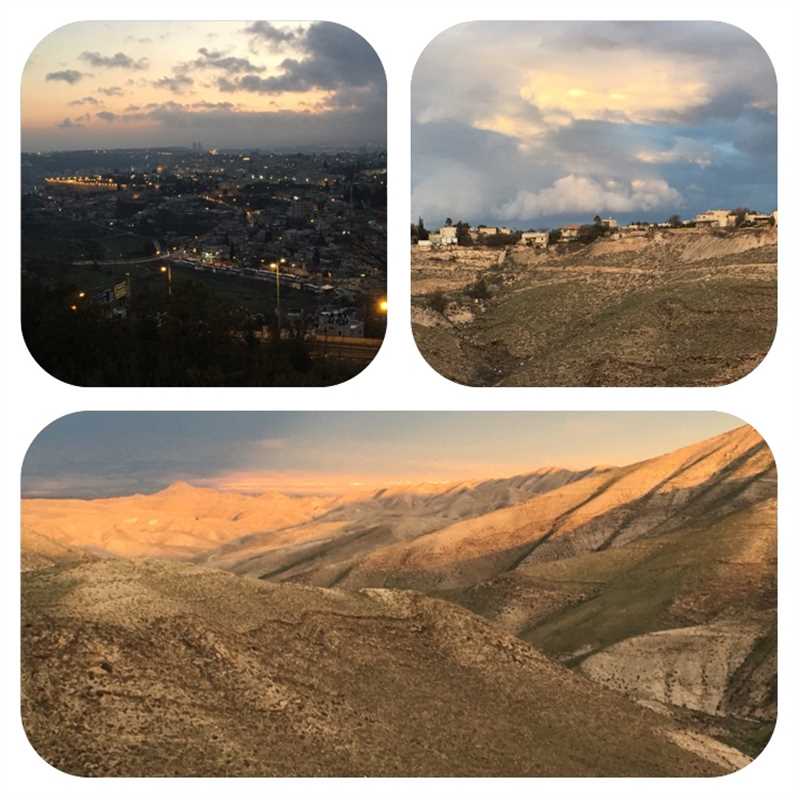 ISRAEL TODAY: A SMALL WORLD AFTER ALL 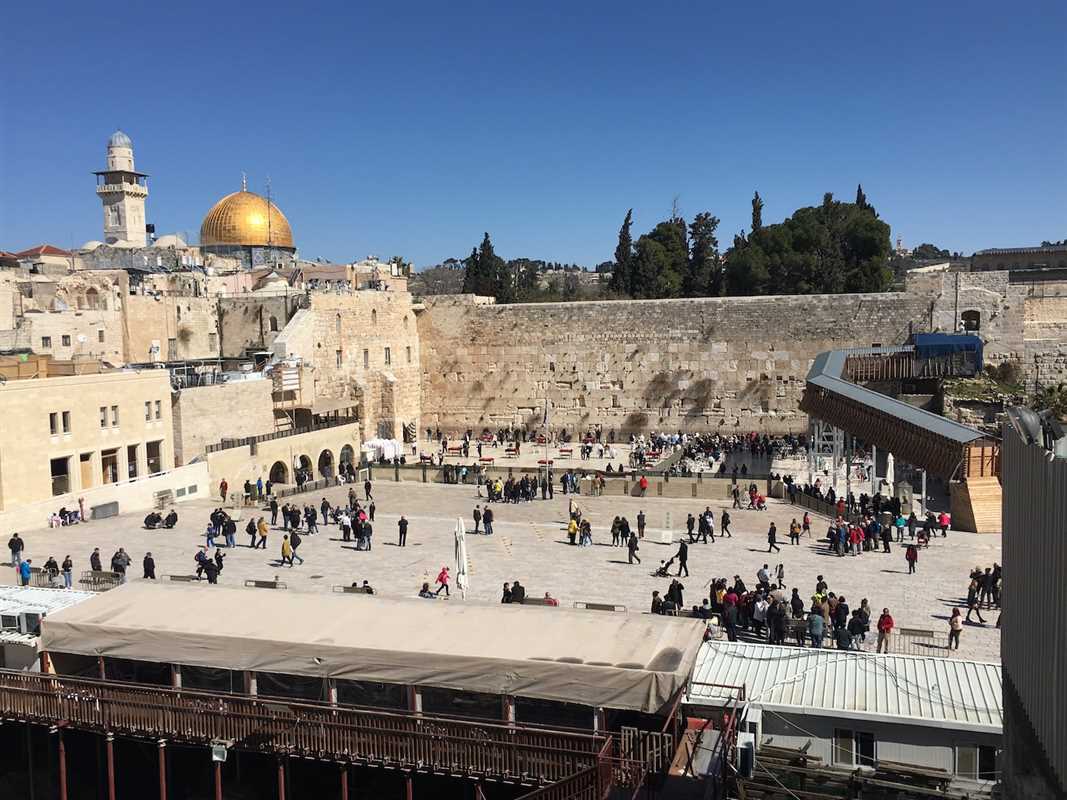 Eleven days in Israel and Jordan are more than enough to rock your perceptions of the Middle East. Thirty-two of us traveled halfway around the globe to be reminded that it’s a small world after all.

On February 8th our team bid a fond farewell to -30C Canadian weather. Sixteen hours and eleven thousand km’s later we were embraced by the 17C shalom of Tel Aviv, Israel.

(Scroll to the bottom to see updated photos of the trip.)

The landscape was the first to rock our perceptions.

Israel is in a desert. Rocks and sand are everywhere. Even the green pastures surrounding the Sea of Galilee are littered with stones and rocks. Sheep and goats graze among the rocks. Livestock pens, streets, fences, homes and fortress walls are made entirely of stone. The promised land is best described as a land flowing with milk and honey and rocks. 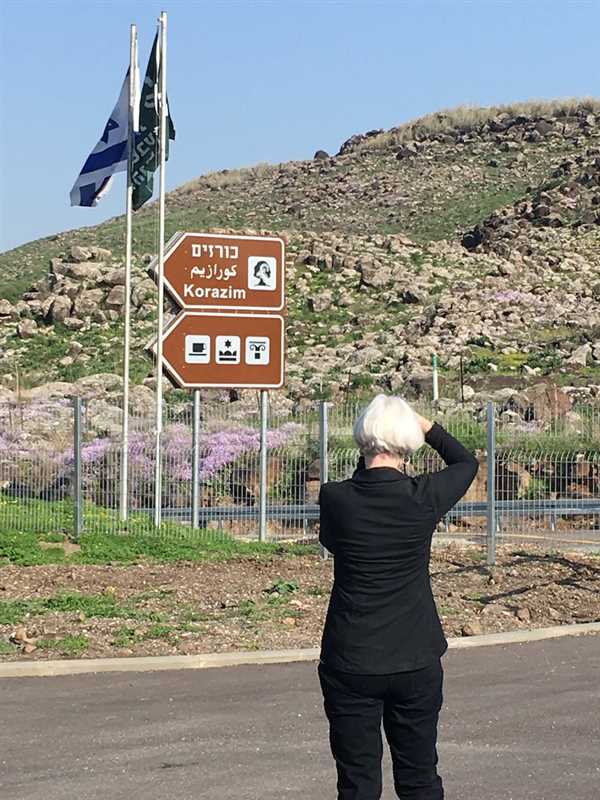 The only thing as plenteous as the rocks were soldiers.

Armed policemen and army personnel guarded every major intersection, entrance way and tourist site in Jerusalem. Israelis must serve two years in the military after completing high school. Our tour guide, Moshe Malka and one of his daughters are proud military veterans.

The most common pre-departure question asked of our team by friends was, “Are you sure Israel is safe?” There was never a moment when any of our team felt the least bit uneasy in Israel and all would be happy to make a return trip. 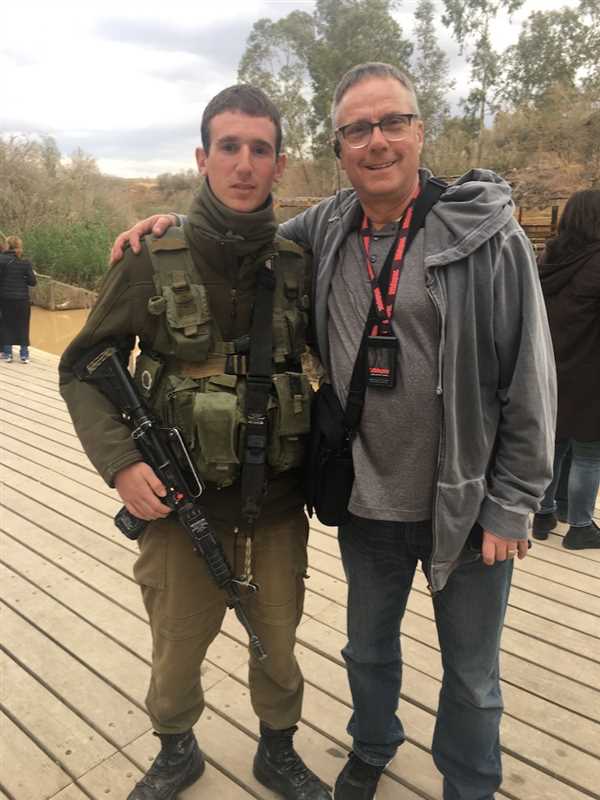 On the other hand, those on a diet felt some unease. Middle Eastern hospitality offers an irresistible buffet of scrumptious meats, vegetables, fruits and sweets. Fresh hummus, tabouli, pita bread, yogurt, pomegranate, figs, dates.
lamb, chicken and beef, were rivaled only by the almond cookies, baklava, halwa and ice cream.

Fortunately, our walking tours wore off most of the caloric intake. 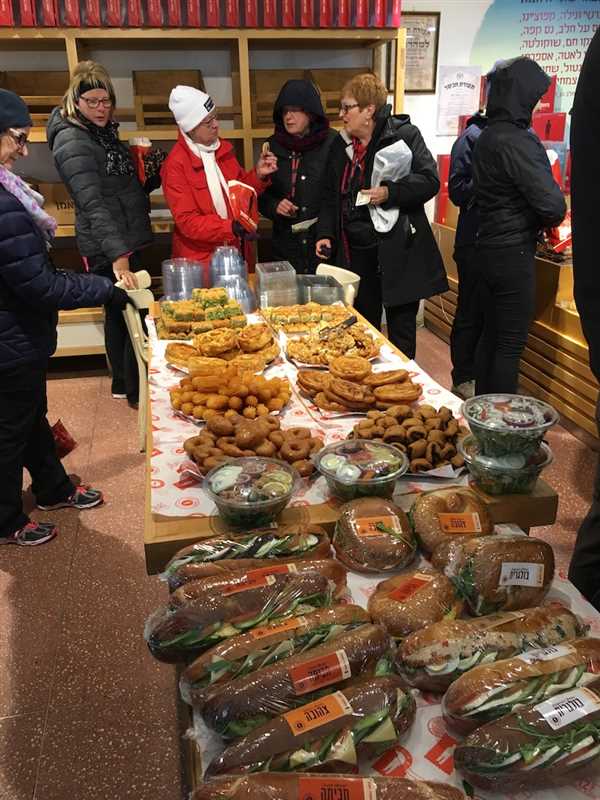 The Bible In Color

Everyone on the team read and believe the Bible. However, seeing the Bible through Middle Eastern eyes opens up a depth of meaning that educated all of us.

One team member described it as, “This trip to Israel colored the pages of my Bible.” Sailing on the Sea of Galilee, floating on the Dead Sea or standing in the Garden of Gethsemane was rich with meaning, emotion and spiritual fulfillment.

We couldn’t help but gain a greater love of Jesus and respect for the Scriptures.

Small But Great Among The Nations

Israel is much smaller and greater than people perceive. Traveling by bus takes only a few hours from the Golan Heights in the north to Israel’s southern border at the Red Sea. An East/West journey across Israel is a fraction of the time.

This postage-stamp-size of a nation consists of Jews, Israeli-Arabs, Druze, Palestinians, Israeli-Christians and international immigrants.

Israel, surrounded by its historical adversaries, has found a way to live with avowed enemies outside and inside.

That “peace in the Middle East” is possible demands an acceptance of complexities, contradictions and conundrums. The common answer to questions about Arab/Israelis relations was, “Its complicated.” Our Jordanian guide lamented the loss of Sadaam Hussein’s influence in the Middle East and the rise of Iran. Enquiries to our Israeli guide about President Trump’s positive impact on peace were met with incredulous smiles.

We prayed frequently for the peace of Jerusalem, including time spent with pastor Wayne Hilsden at King of Kings Church. 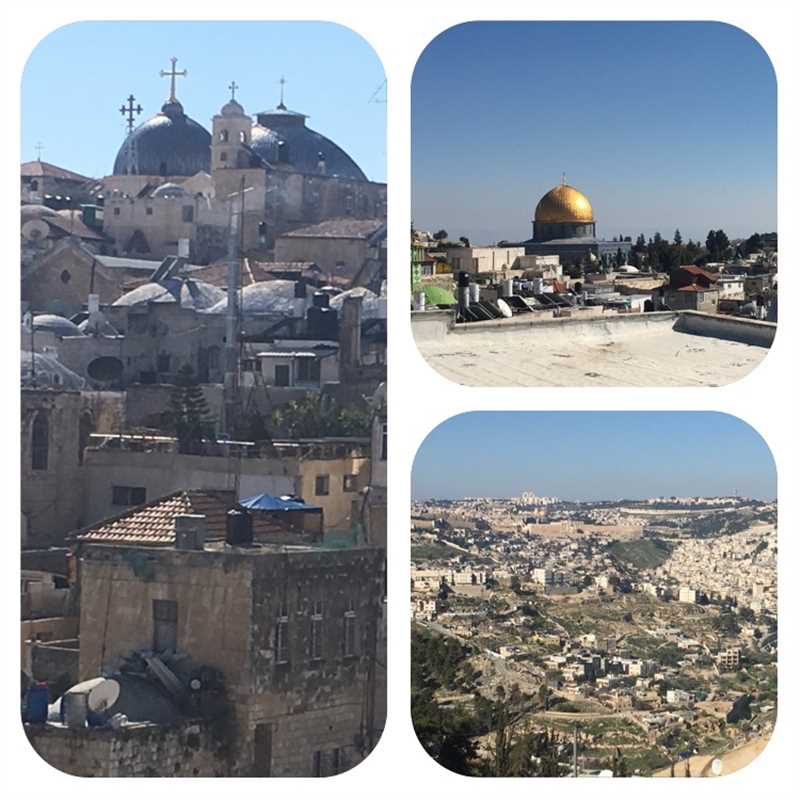 People Have A Lot In Common

It is a small world – people are the same everywhere. Whatever the media may portray about national and religious differences, people share much in common. The souvenir vendors in the Arab quarter of Jerusalem want the same things for their kids as the Jewish vendors in the Jewish quarter want for their kids. We watched parents with children coming out of churches, synagogues and mosques.

Arabs, Druze, Jordanians, Israelis, Palestinians, Jews, Muslims, Christians, the irreligious – each want a roof over their heads, clean water to drink, food to eat and hope for the future.

All need freedom from the curse of sin – salvation, redemption, forgiveness – shalom. Thank you, Jesus.

What I Know For Sure

What I know for sure is: standing on the pavement stones where Jesus walked; praying in the Garden of Gethsemane; singing in the dungeon where Jesus spent his last night on earth; or looking into the empty Garden tomb are spiritual epiphanies that can be experienced no other place than Israel.

A pilgrimage to Israel is not essential to faith but it is for discipleship.

We departed Israel with our perceptions rocked and our memories weightier than our suitcases. 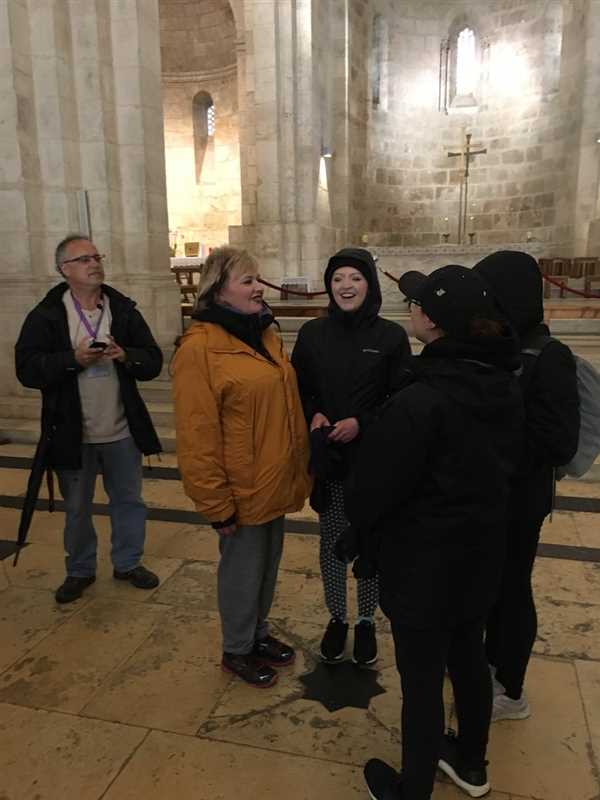 * Being led in worship by Kayla, Katelyn, Kesara and Tracey Kimo at St. Anne’s Church.
* Dancing with Abe in the Arab quarter of Jerusalem.
* Surviving Israeli border interrogation with Laura Basha.
* Climbing to the top of the world with Stasha, Sheila, Kayla, Delores and Jocelyn at Petra. 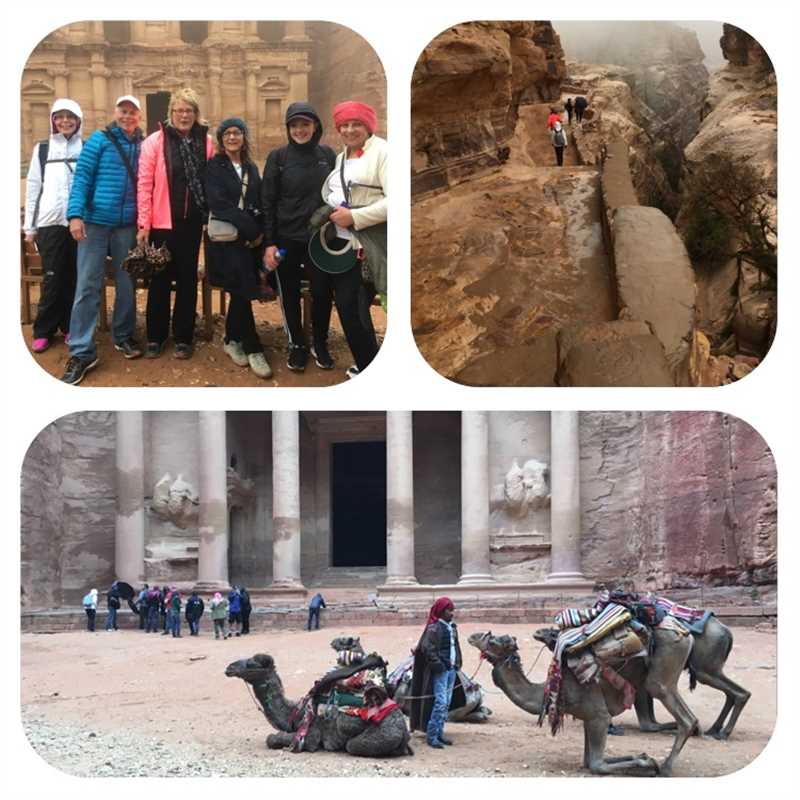 * Buying out the souvenir vendors and bakeries with Kelly Kimo. 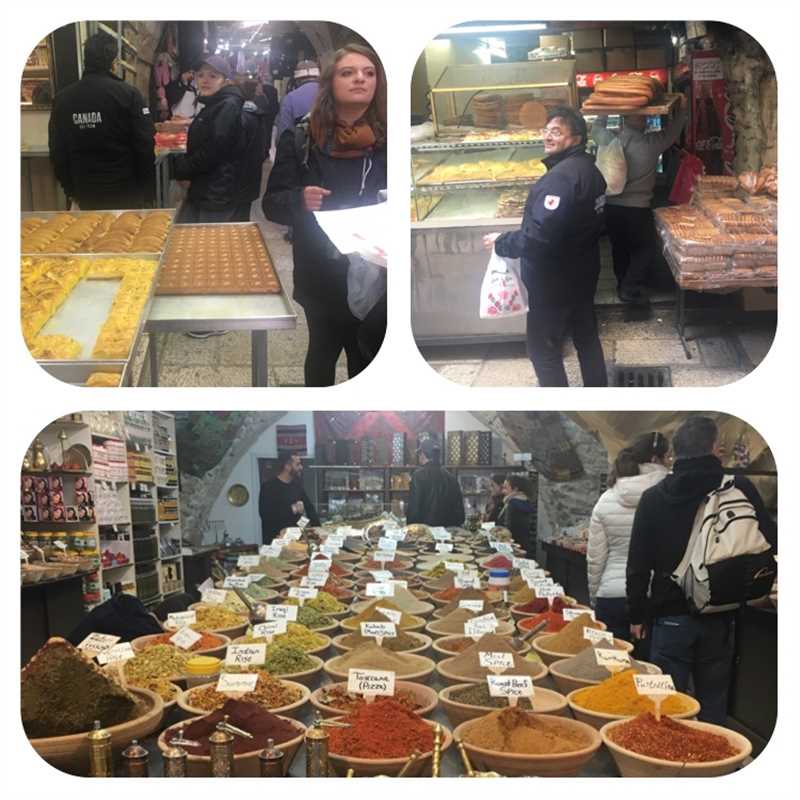 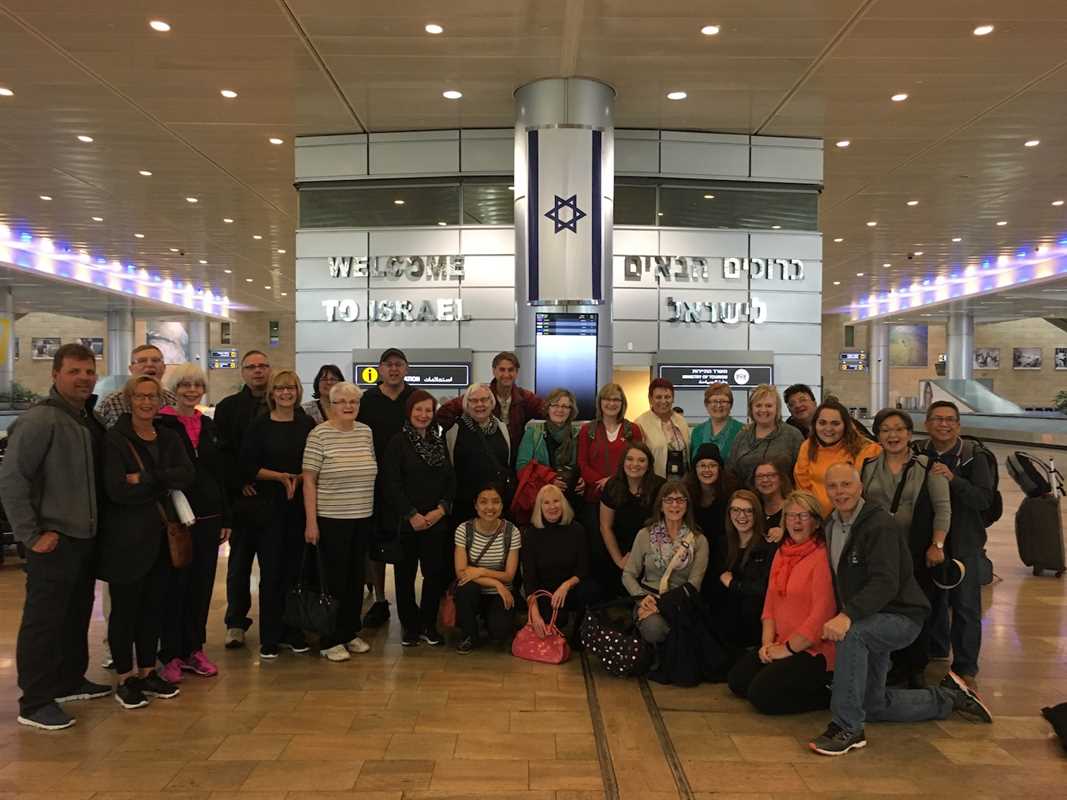 We hope that our traveling in Israel and Jordan brought some small measure of peace to the Middle East.

We certainly are departing with shalom.

APPLICATION: The Team will be sharing pictures, videos and stories on Monday March 27th at 7:00pm. Come on out and learn about the next trip to Israel and Jordan.