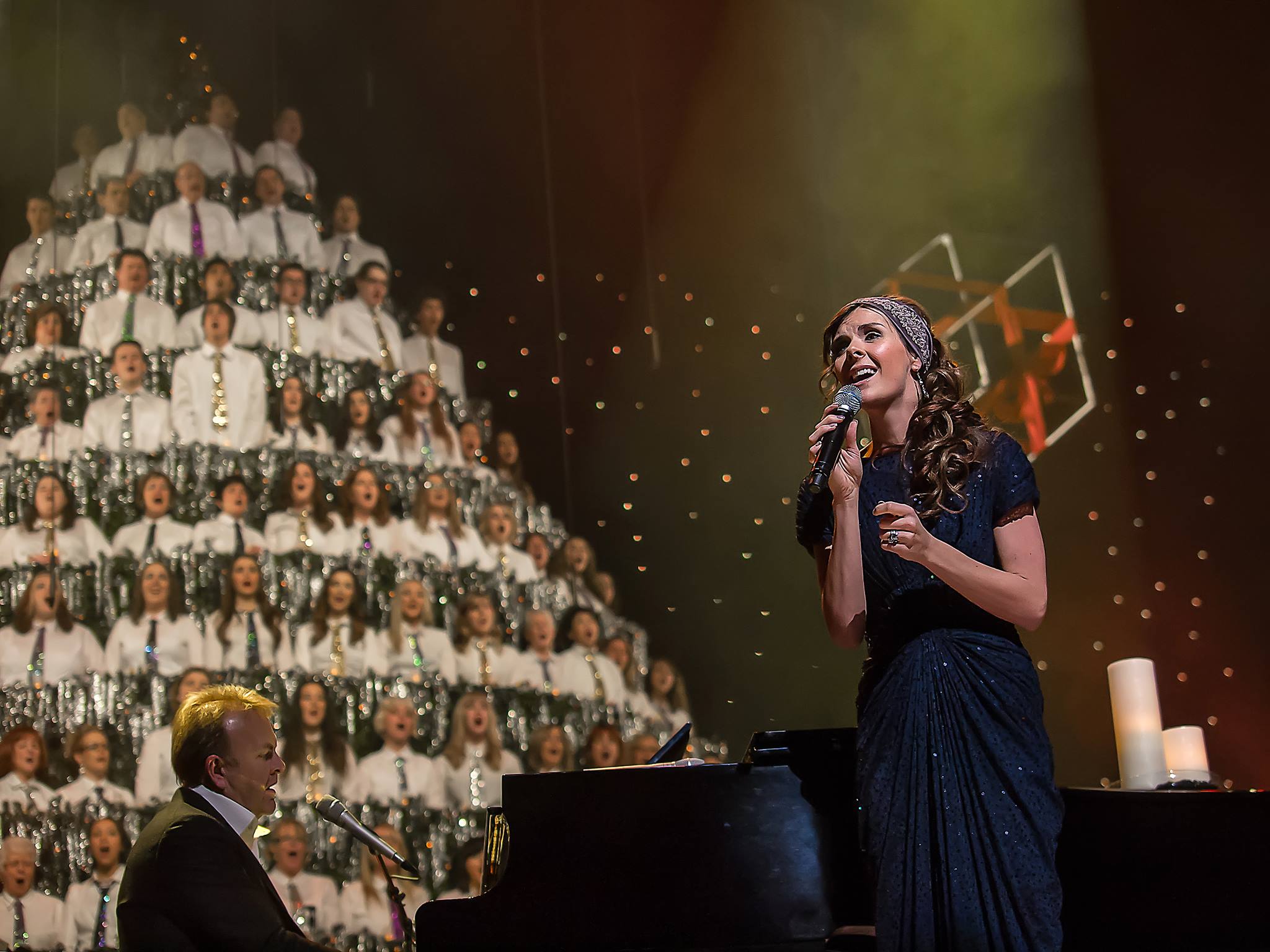 IN HONOR OF KRISTEN FERSOVITCH

This is a Guest Post from Kathy Brown, a friend of Kristen Fersovitch’s. The article was written December 18, 2012.

About three weeks ago, with three papers, a sermon and a final exam still to complete, I was asked if I would volunteer for the Singing Christmas Tree which was being performed at the Jubilee Auditorium here in Edmonton, Alberta. My heart leapt inside me. It leapt because I was asked to recruit volunteers to sell Singing Christmas Tree merchandise and specifically a CD that was made by an Edmonton singer/songwriter and friend, Kristen Fersovitch. Kristen’s voice touches me in a special way, and her story touches me further.

Immediately, my mind traveled back in time to Christmas 2003. I was in the palm of God’s hand as I traveled from Michigan to see the Singing Christmas Tree and meet the people who had led me to Christ earlier that year. That was my first Christmas, and I was in love with Jesus. There is no other way to say it than that.

I flew from Minneapolis to Edmonton. The next day, I went to Central Tabernacle and spoke at church. And then, I saw the Singing Christmas Tree for the very first time. What an amazing show. I could go into detail about the people involved in the Tree. But it was one particular group singing one particular song that spoke to me that day. Kathy, Kennedy and Kristen Miller sang “Your Presence for Christmas.” This mother and her two daughters harmonized seemingly perfectly together – I was stunned with the beauty of their voices and the beauty of the song, which basically says, “Lord, I want your presence for Christmas.” Honestly, they touched my heart.

My First Christmas As A Christian

My first Christmas was an amazing experience spent in the presence of Jesus and the people at Central Tabernacle. I had been telling everybody I met about Jesus since I met him in June, and I continued on my way back to Michigan from Edmonton. Stewardesses, co-passengers on the flights, people in the airports, bookstores, etc. In fact, I was almost late for my plane because I was busy telling the story to someone at the B&B where I was staying.

This was the experience of my first love, and I could not help but share the good news with others. And I remember being surprised that as people listened, they seemed amazed.

Visuals of these experiences flew through my mind as I pondered volunteering for the tree this year. But I also thought about the schoolwork I had to do and I wasn’t sure I was going to make it. I felt a familiar nudge, and it only took a few seconds to decide to return to my first love! It seemed like the right thing to do. And I figured if it was the right thing to do, I would know it by God helping me get through all my schoolwork anyways. I lined up volunteers for the merchandise table and got back to my schoolwork until performance time.

I was filled with anticipation as the first performance approached. All of my volunteers showed up and were excellent! I saw many familiar faces as many of my friends are involved in the Tree. We managed to secure seats for the performance and as the light dimmed the sense of excitement was almost too much to bear. John Cameron opened this show “The Perfect Gift” in fine form and all the first half performers were fantastic. Intermission was filled with cheer – people were on a high and getting into the Christmas spirit.

Back for the second half, and yet more great performers. I particularly liked the Twelve Days of Christmas performed a cappella by twelve men. Beautiful voices. And then, the moment I’d been waiting for – first, Kennedy Miller sang a beautiful song for her sister, now Kristen Miller-Fersovitch. And then, Kristen glided gracefully across the stage in a beautiful blue gown. A lot has transpired since I first saw Kristen sing with her sister and mother in 2003. She is now married to Mike and has three gorgeous boys – Beckett, Tayven and Lincoln.

A Diagnosis of Terminal Cancer

A couple of years ago, she was also diagnosed with terminal cancer. That is all I intend to say about that, because frankly, she doesn’t identify herself with cancer. Rather she identifies herself with living everyday meaningfully with a fully expressed faith in Christ. Really, Kristen is one of the most dynamic people I’ve met – there is a radiant energy around her that infuses those around her, including me.

Her performance at the Singing Christmas Tree was breathtaking and again, my mind traveled back through the years to 2003, and I marveled at God’s work in her life. After the performances, she would come out and sign CDs and I could see her energy touching others. When you are standing for Christ in a Christ-like manner, you beckon people to him.

For the rest of the performances, I sat out and studied in the lobby of the Jubilee. Sunday night finally rolled around, and as I was cashing out in the staff room, Kristen came and her dad came in. I could not believe how energized Kristen seemed to be after a long weekend of work! We chatted for a while and then it was finally time to leave. I had purchased one of Kristen’s CDs finally on Sunday and as I drove home, exhausted yet somehow exhilarated, I listened as “Songs from Home” spoke to me for the first time of many in the last week.

All of the worries, all of the cares, all of the burdens, all of the schoolwork to be done, all of the family strife, all of the weight gained, all of the health issues, all of the failure – all of these things led to many tears shed this past year and this past week. More than have been shed in quite a while. Certainly, these are not proud moments. But over the last couple of days, as this music has seeped into my heart, and I listened to the first song on the album – “Hold on,” I began to feel some strength return to this weary body. The words infused my mind. “Hold on, don’t let go, you might figure out you’re stronger than you know…”

I had to give a sermon in one of my classes a couple of days ago, and the text for the sermon was the Christmas Story, the story of the announcement of the birth of Jesus to the shepherds. That was their first Christmas, and we read about the results of their newfound faith in Jesus in Luke 2:17-18 above. They spread the good news! It didn’t matter that they were outcasts, dirty, and the lowest of social ladder. I thought back to my own first Christmas and first love and how Jesus just had to be shared. As Kristen sings in her song “Christmastime,”

“I’ve got this joy in my heart something I cannot hide
It brings me hope, it brings me peace
It’s come and changed my life
And though my heart may be broken
And my world may seem destroyed
That precious child He has brought me joy.”

“Lord, I thank you for Kristen, her voice, her life, her music that pours from her heart on the inside and radiates beauty on the outside. Thank you for inspiring her to inspire others, including me, to return to their first love. I pray you bless her, comfort her, heal her, and love her this Christmastime as she celebrates life in Christ with family and friends. Amen.”

APPLICATION: Do you have fond memories of Kristen or the Singing Christmas Tree? Please leave your comment below.