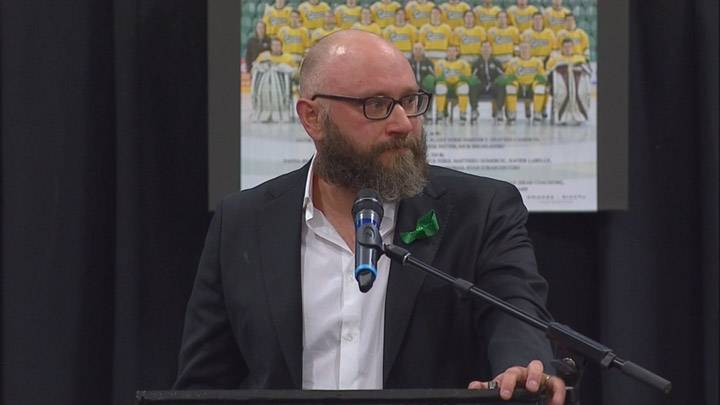 I Want To Go To His Church

Add chaplains to the list of first responders: the emergency dispatchers that take the panicked calls, firemen, paramedics, ambulance drivers, RCMP officers, STARS – the men and women that arrive in the middle of moans, acrid smoke, spilled diesel and burning tires to do their jobs with no fanfare or recognition other than the satisfaction of a job well done.

If you haven’t already, add chaplains to the list.

Up until Friday April 6th, 2018, Sean Brandow was one of those obscure, volunteer chaplains with the Humboldt Broncos Junior “A” hockey team.

Sean is the minister to the Humboldt Bible Church and has been for twenty years. When the home team Broncos invited him to become their chaplain he readily accepted. Great pastors see the community, not just the people in their pews, as their parish.

At most every home game, chaplain Sean sat behind the players’ bench – close enough for his kids to share a bite of their chocolate bar with a player during the game. He gave players support, pre-game instructions, occasional advice or counseling and traveled to many away-games. During the current season he partnered with General Manager and head coach Darcy Haugen to challenge the Broncos to become men of character – off and on the ice. 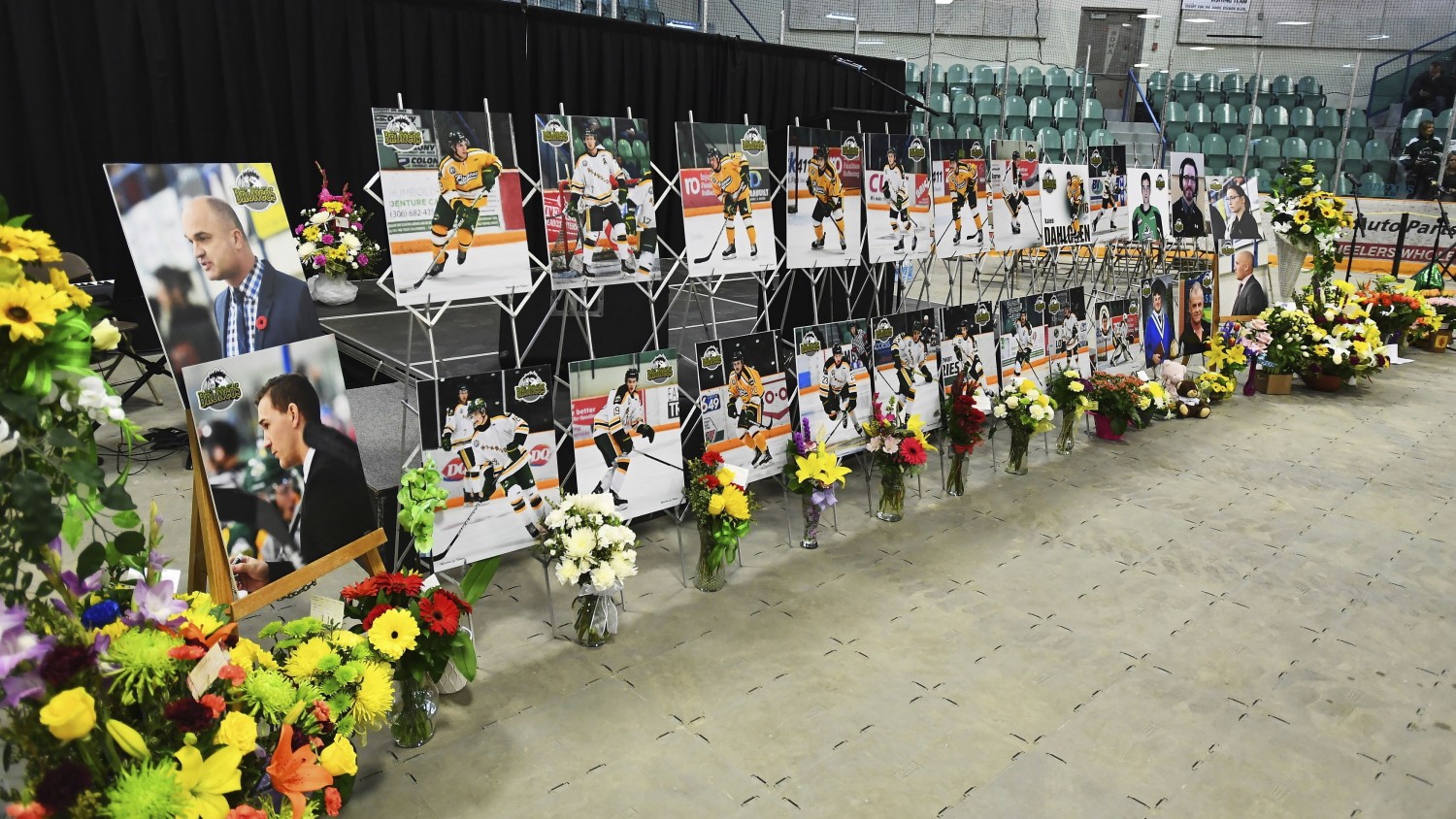 Being a hockey chaplain is low profile work. The good they do is largely unnoticed – until thrust into the unimaginable. On April 6th Sean’s team was devastated in a horrific bus crash that claimed the lives of fifteen people.

Sean and his children were driving the same route as the hockey team to a Friday night playoff game against the Nipawin Hawks and came across the wreckage of the crash. He walked up on a scene he never wants to see again to sounds he never wants to hear again and later coming to the Royal University Hospital in Saskatoon to sit and hold the hand of a lifeless body.

On Sunday April 8th at a vigil held in the Humboldt arena, he was chosen by the local ministerial to deliver a message of comfort. Standing before an emotionally charged gathering that included the Prime Minister of Canada and a national TV audience, he introduced his remarks with a humorous comment and then said, “I don’t want to be here. I really don’t want to be here. But it’s good that we are.”

Names On The Jerseys

Speaking, with the photos of the dead Broncos players before him, Sean said it reminded him of sitting behind the team bench during games. “I stared at the back of your players’ heads just like I’m doing right now. I sit there because I want to see their names on the jerseys.”

Using the 23rd Psalm as a reference he confessed to being overwhelmed in a valley of darkness. “All I saw was hurt and anguish and fear and confusion. And I had nothing. Nothing. I’m a pastor, I’m supposed to have something.”

Sometimes nothing becomes everything. He referred to the scars of Jesus and concluded, “Can we heal? Yes. Will the scars be there? Yes.”

When the broadcast ended, Martine Gaillard of Sportsnet put her hands on the broadcast desk, leaned toward her co-host Darren Millard and said, “I want to go to his church.” 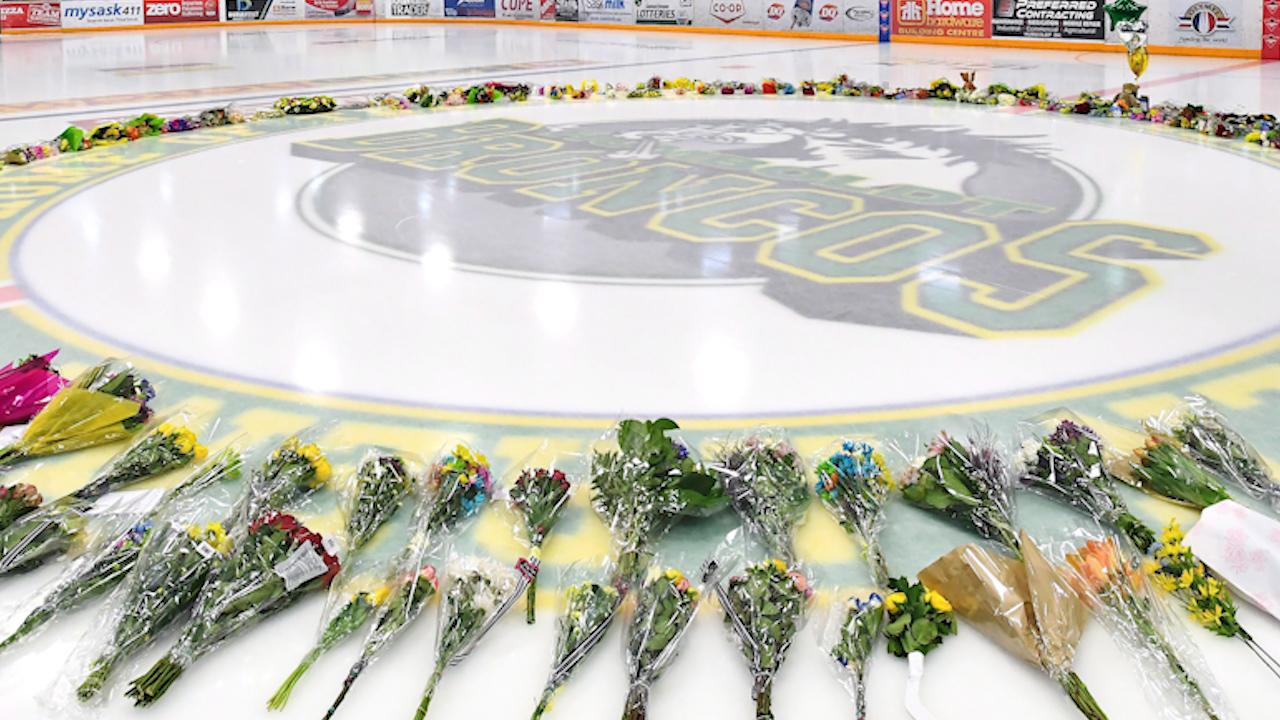 Chaplain Sean you have my admiration. You were ready. In a dark moment for our nation you shone a light for Jesus. Your vulnerability and compassion comforted Canadians like me looking for solace.

I want to go to your church too.