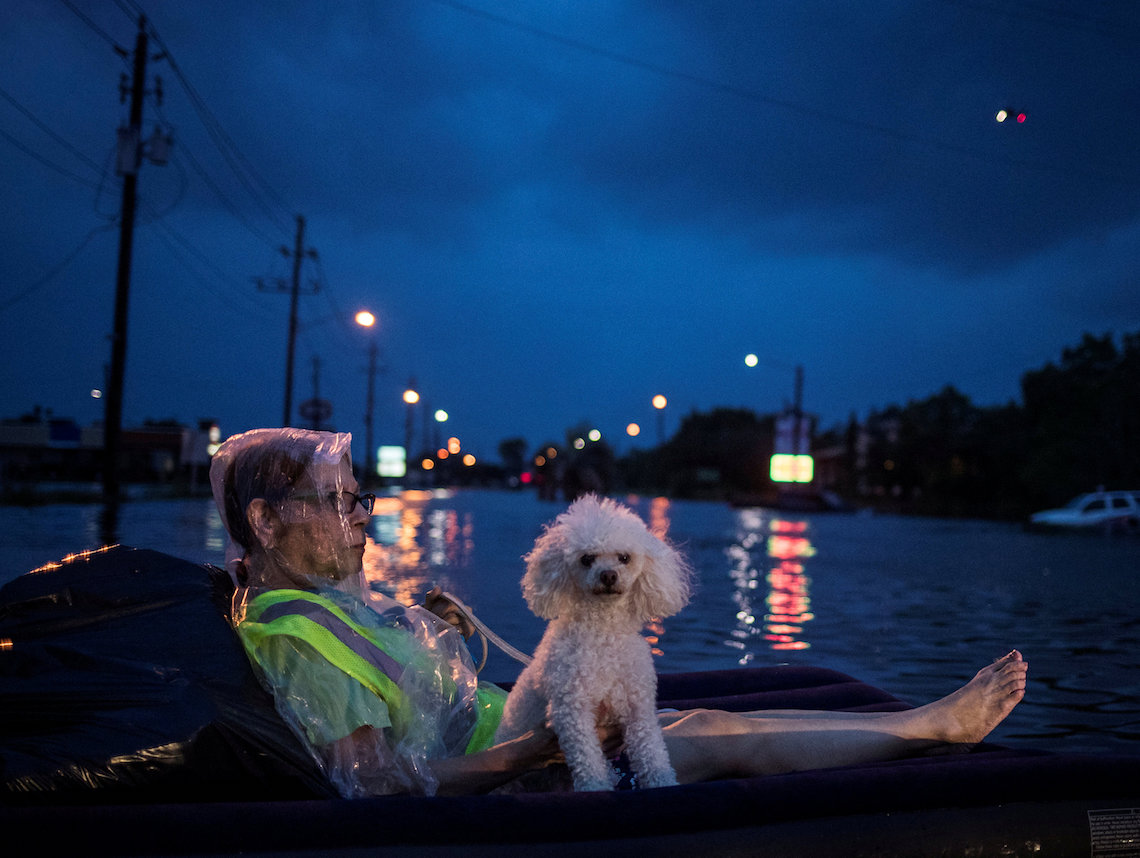 HOUSTON: WE WILL SURVIVE 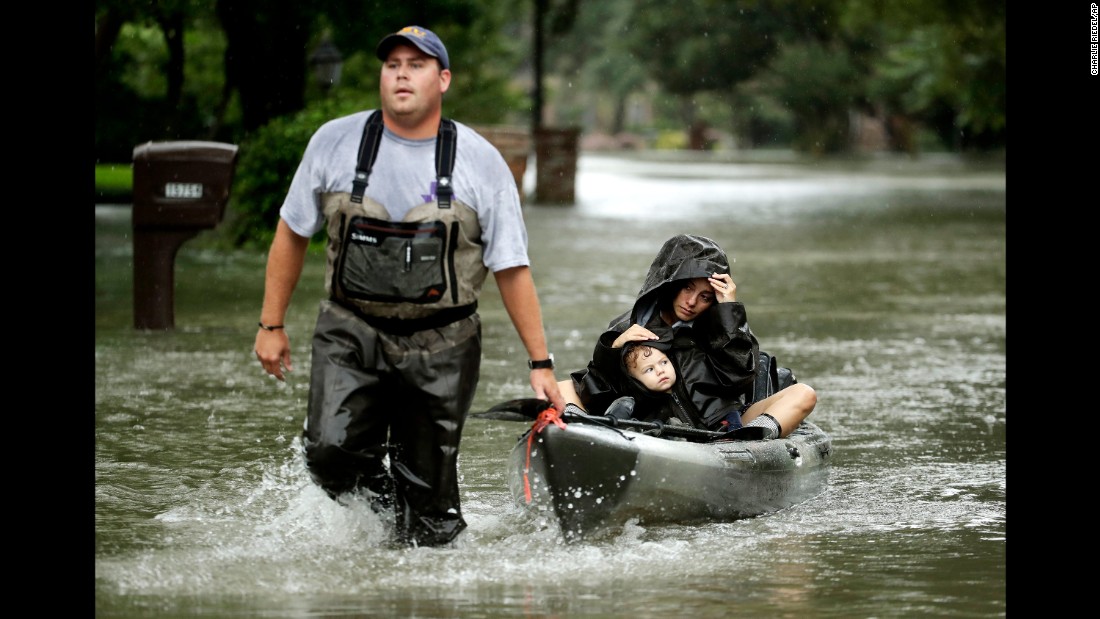 Everyone comes together when there’s a tragedy.

Houston is a tragedy. 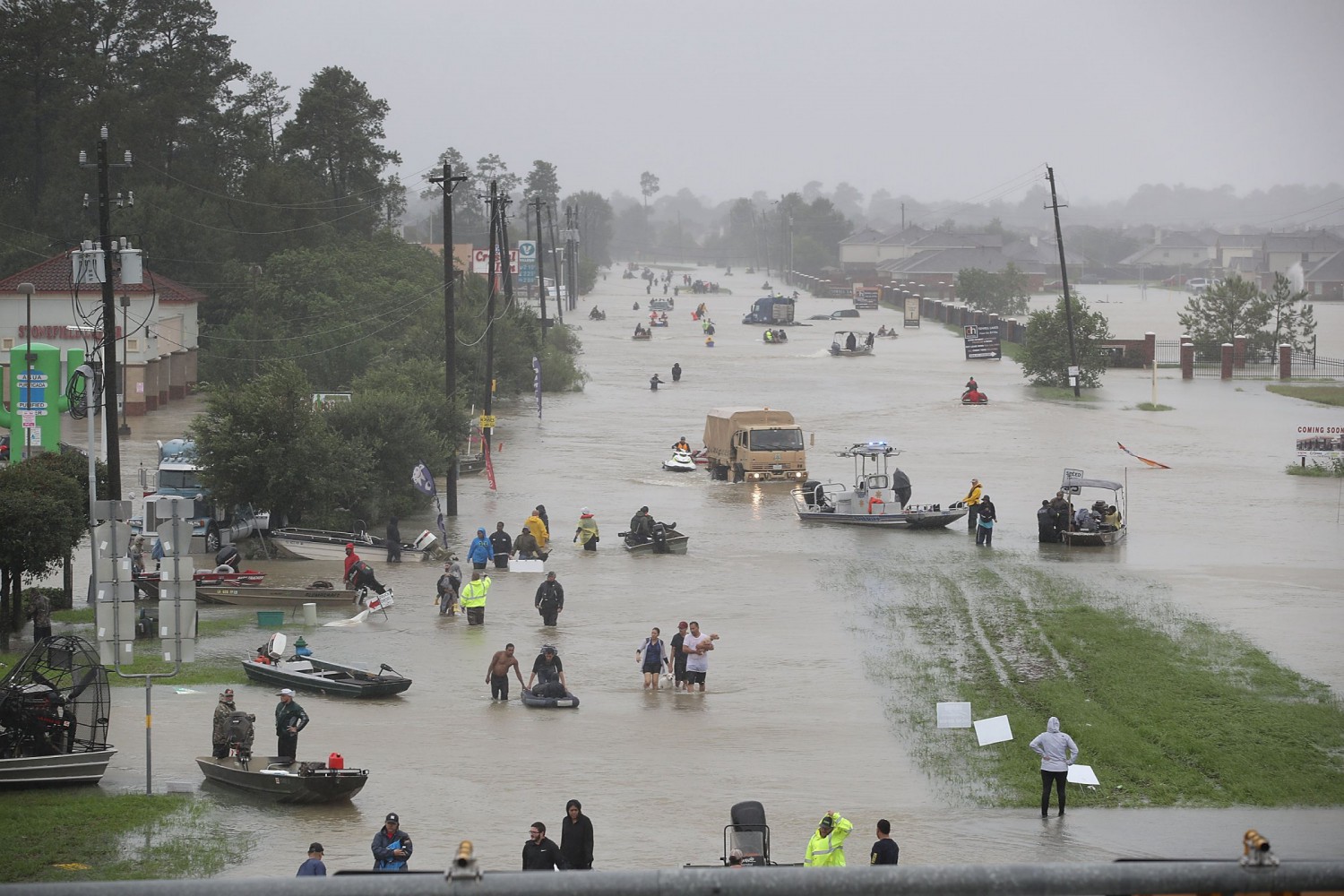 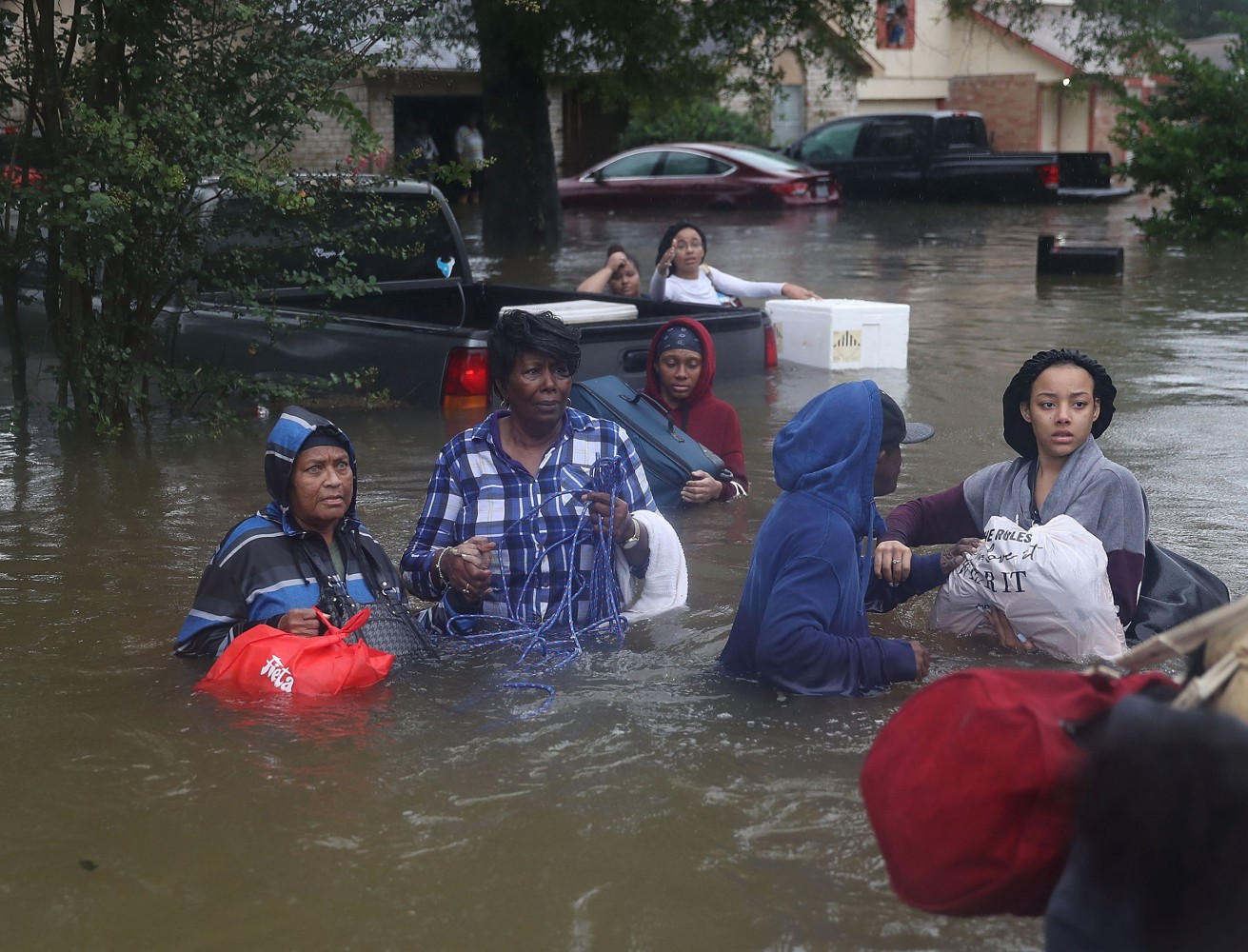 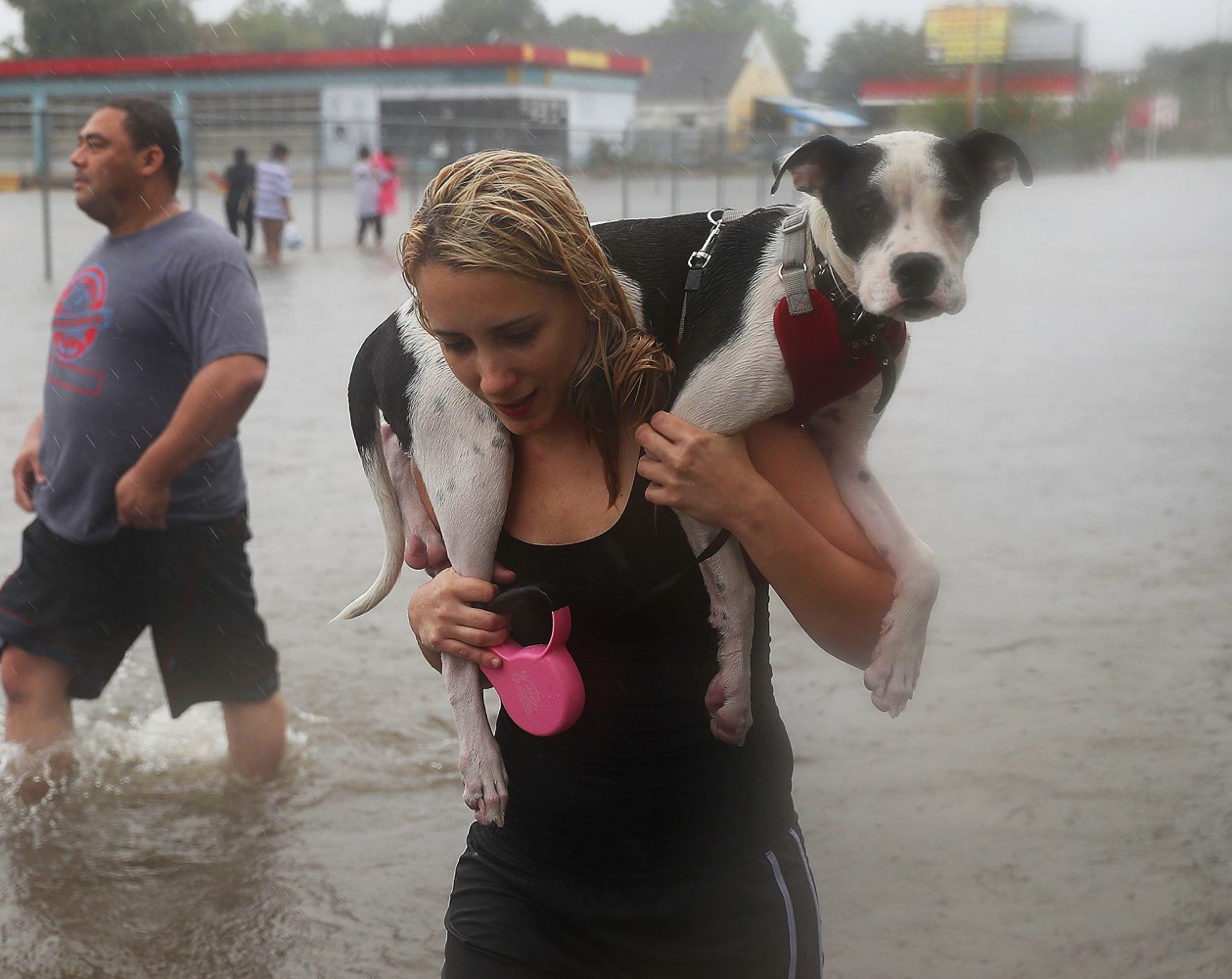 A week ago families were focused on summer BBQ’s, picnics, the Texas sun, Houston Astro’s baseball and back-to-school sales. Now they were scrambling for their lives to survive America’s worst rainstorm and the worst natural disaster in Texas history.

Well over four feet of rain was dumped on a city of seven million in forty-eight hours. That amounted to 19 trillion gallons of water 30,000 residents were displaced. The death toll mounted. 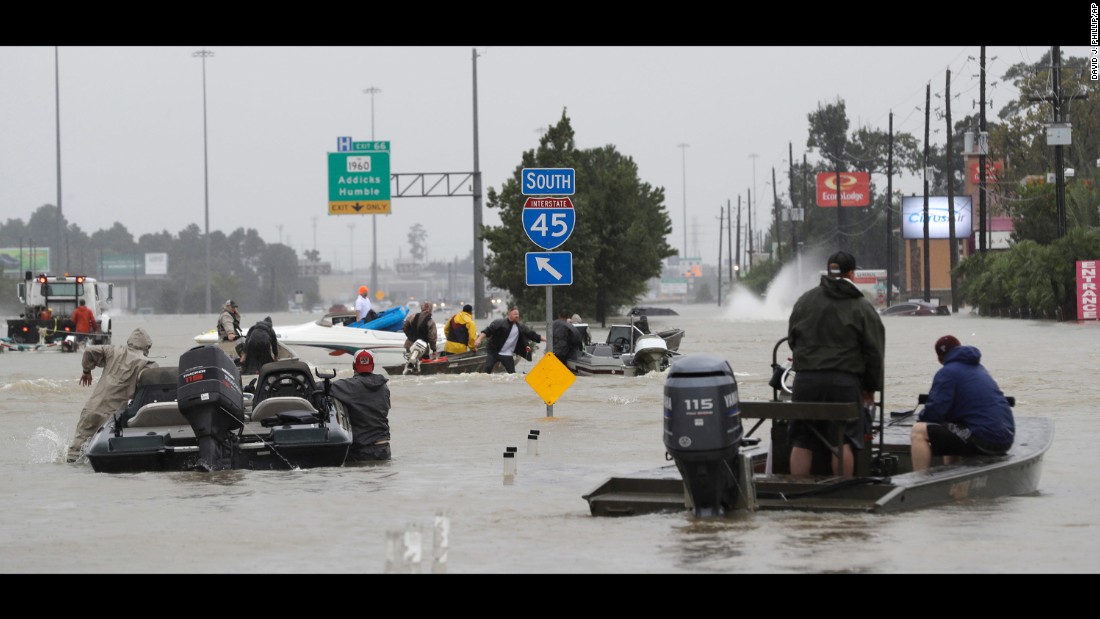 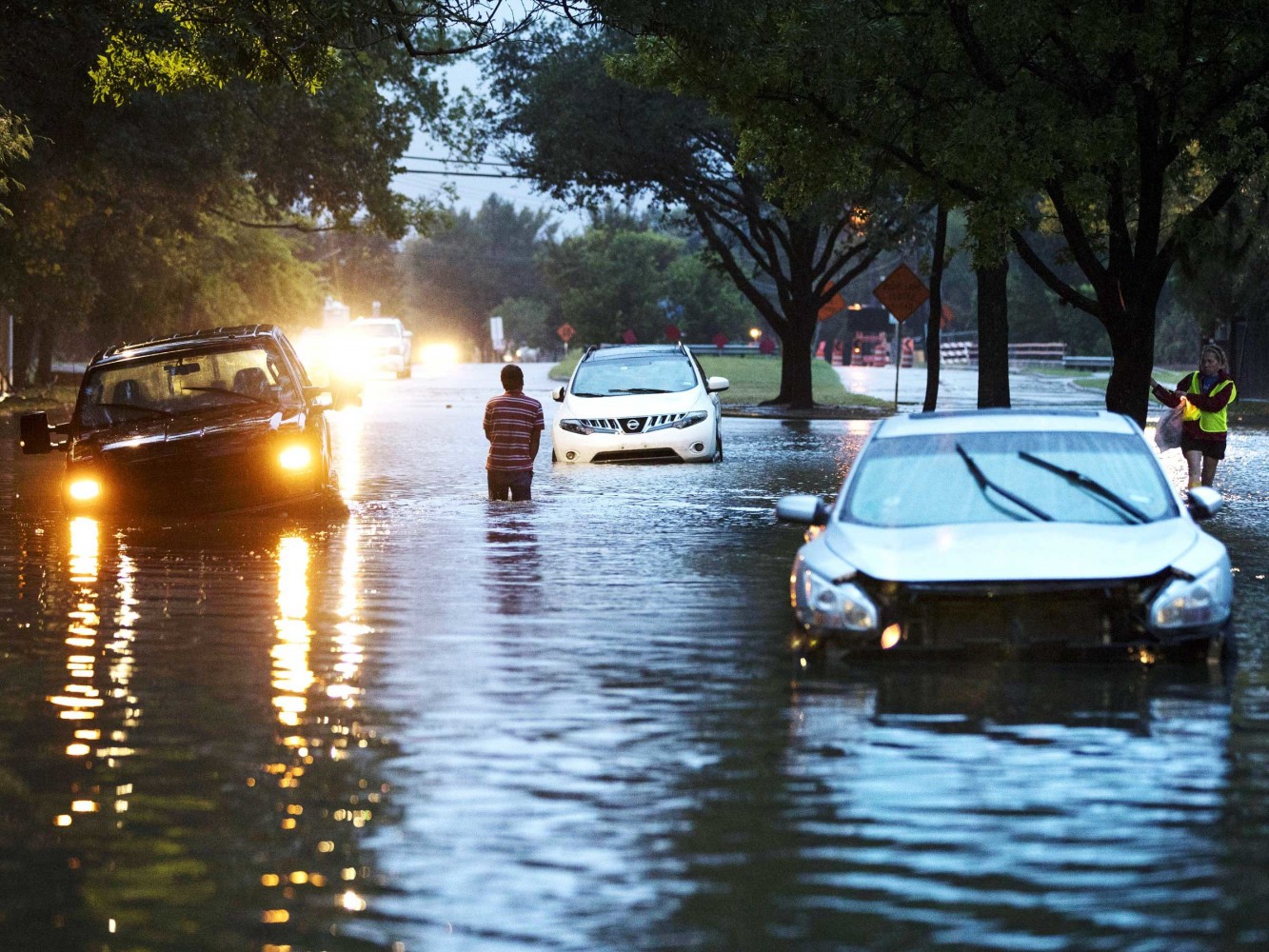 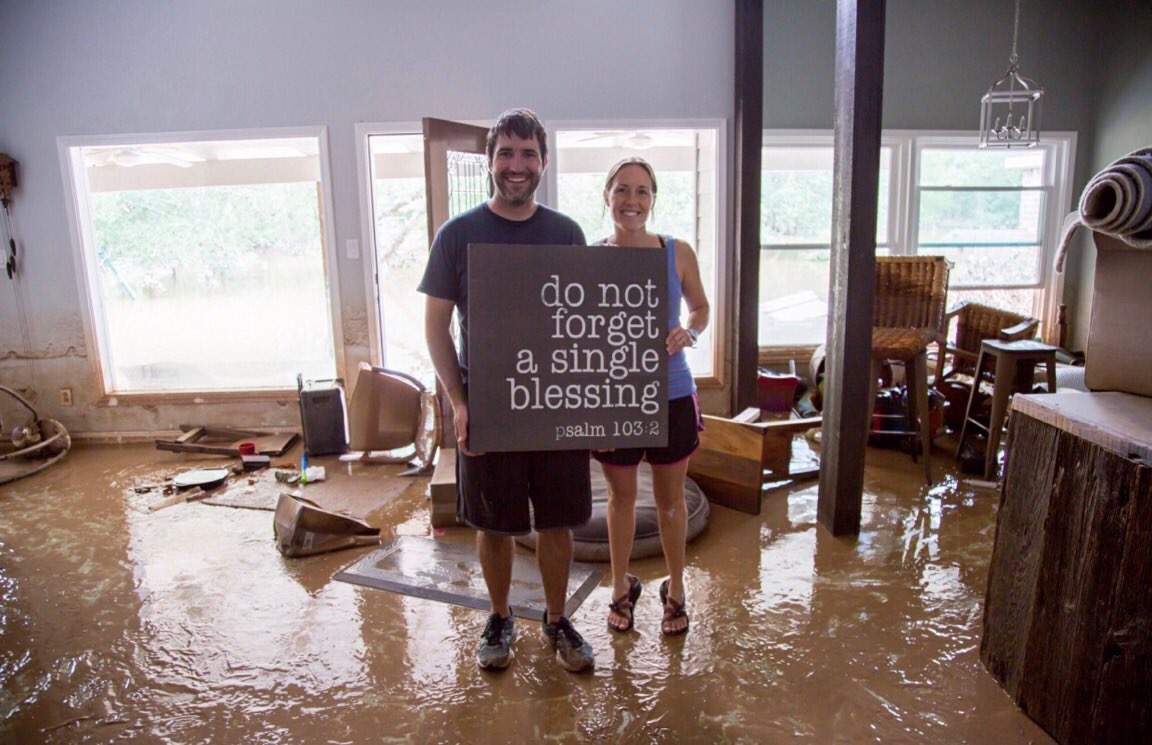 Professional first responders couldn’t handle the thousands of calls from people endangered by rising waters. The roads were largely impassable. Residents reported calling 911 and getting no answer. The Red Cross command center in Houston became physically isolated amid floodwaters.

So people had to take matters into their own hands. They connected on social media, asking for or offering help. Private boats and kayaks were launched.

They carried people to higher ground.

When tragedy strikes always look for the helpers – grace in the flesh. 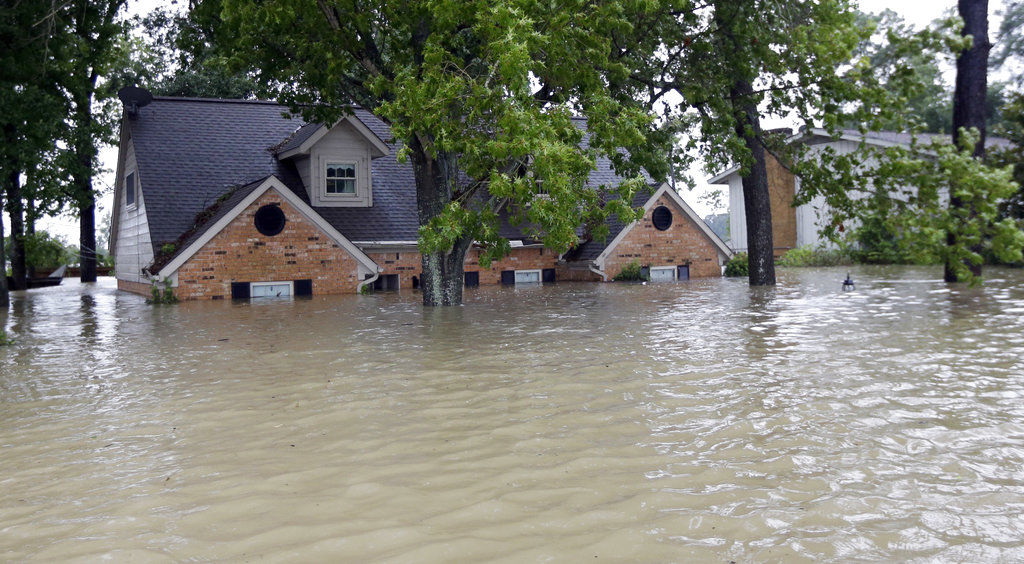 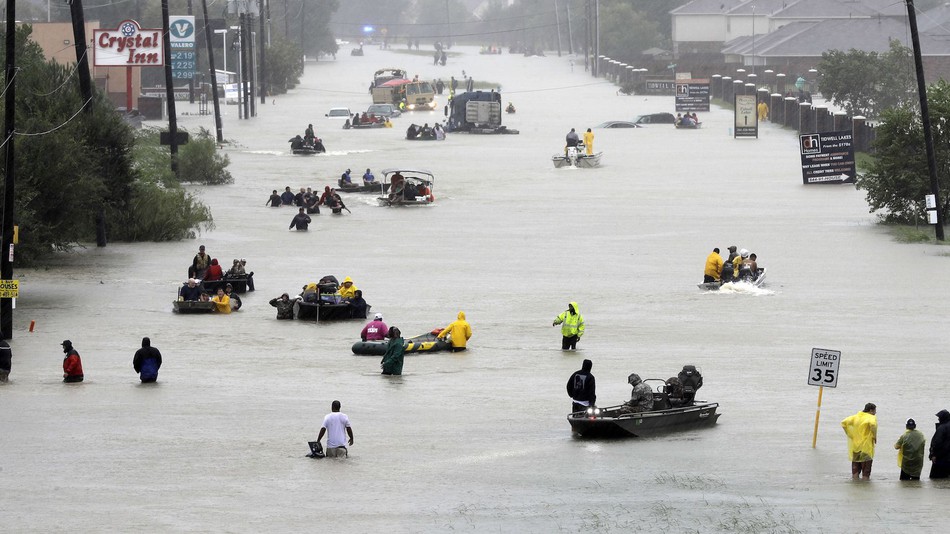 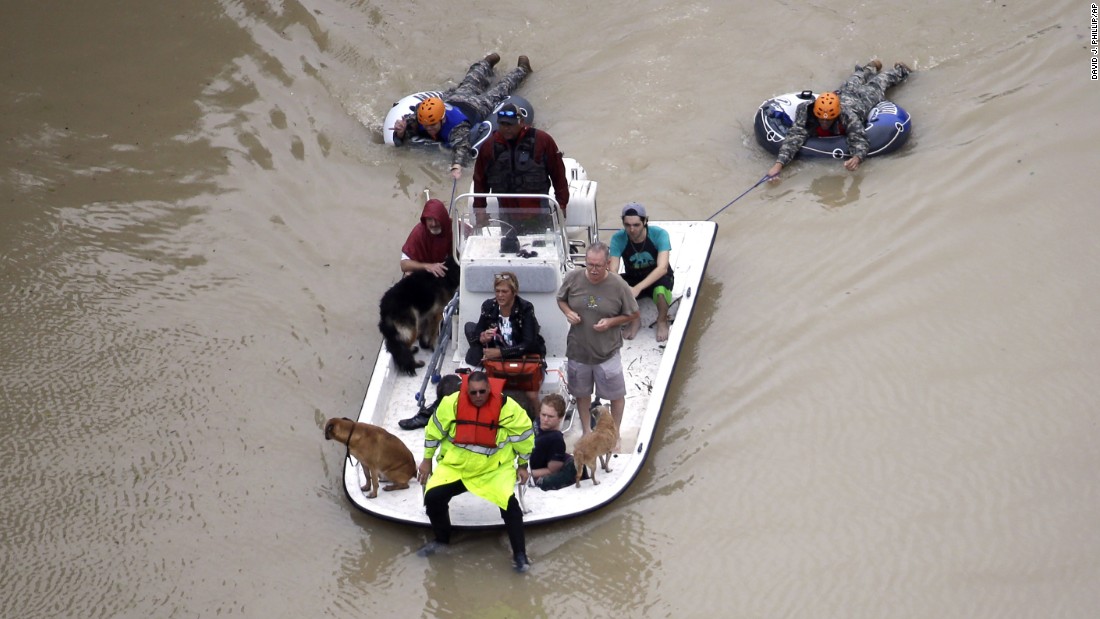 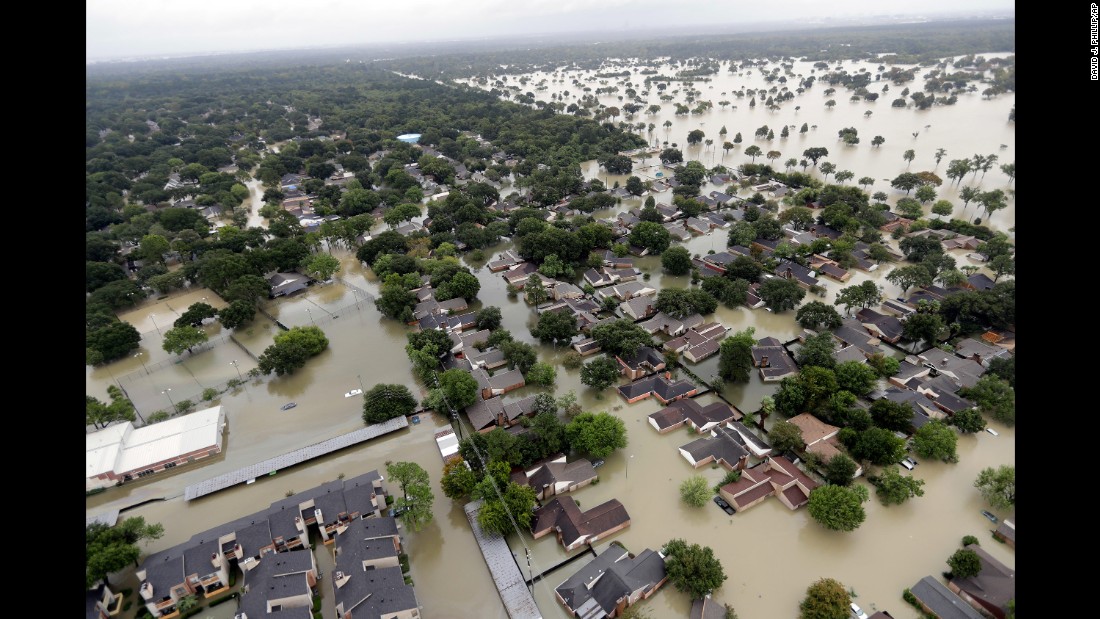 Texans are known for their resolve in the face of adversity. Seems that God’s favor instills that quality in people from the Gulf Coast.

The so-called Cajun Navy, a group of volunteer citizens, who rescued people during Hurricane Katrina in 2005, got back together for a mission in Houston.

A caravan of pickup trucks and small motorized fishing vessels ventured out from Louisiana swampland and into Houston.

There, they worked pulling people from flooded homes. 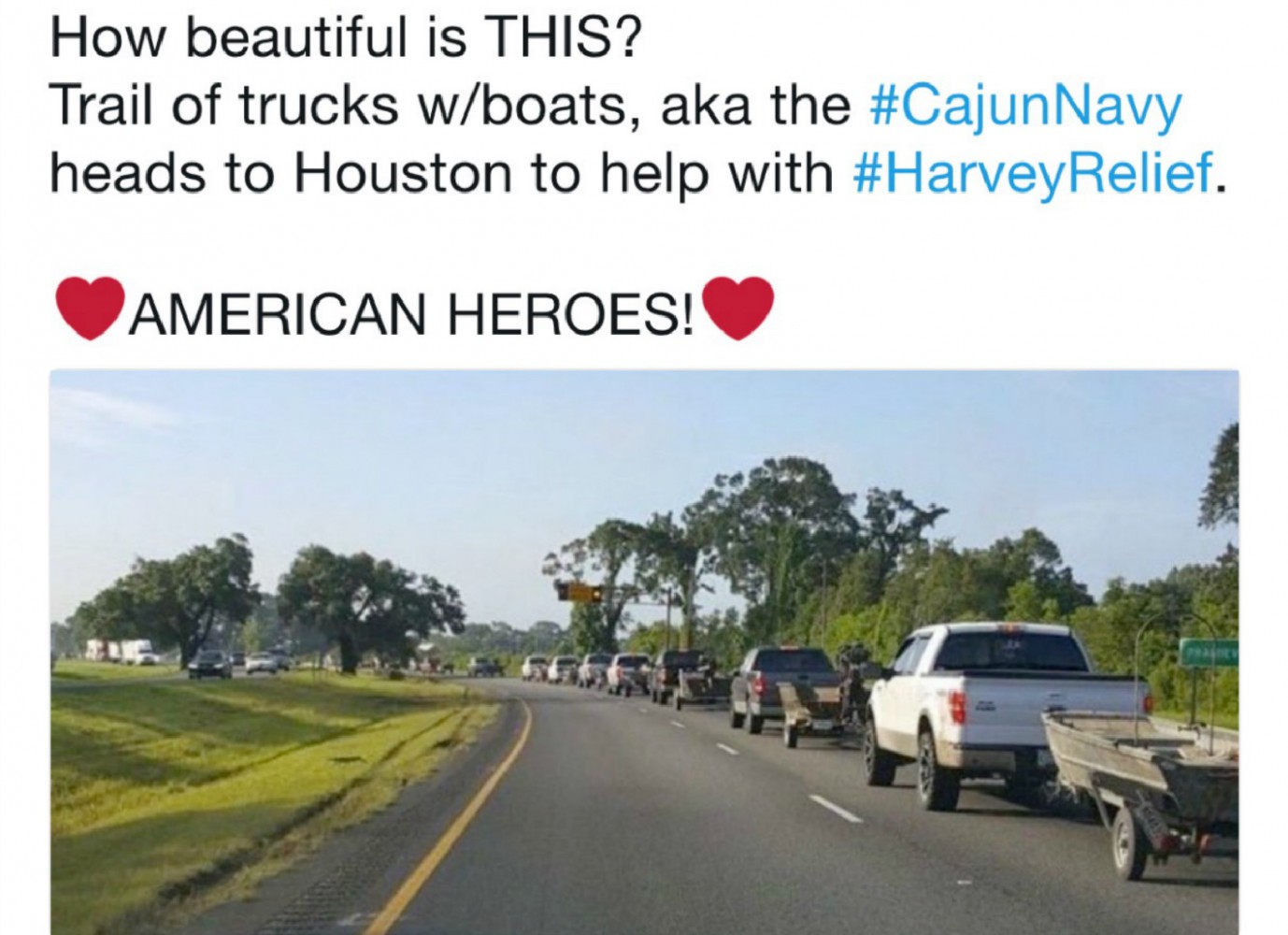 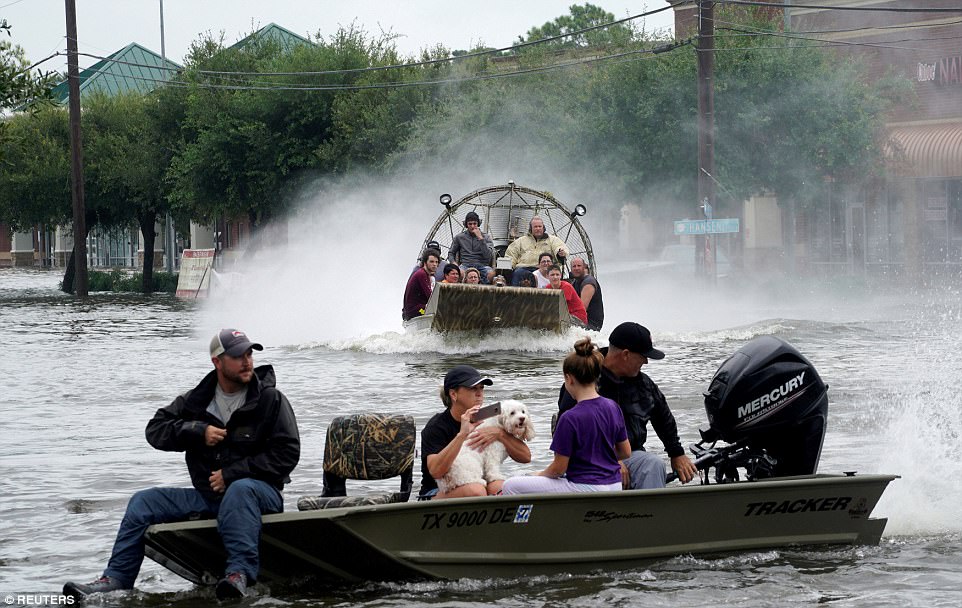 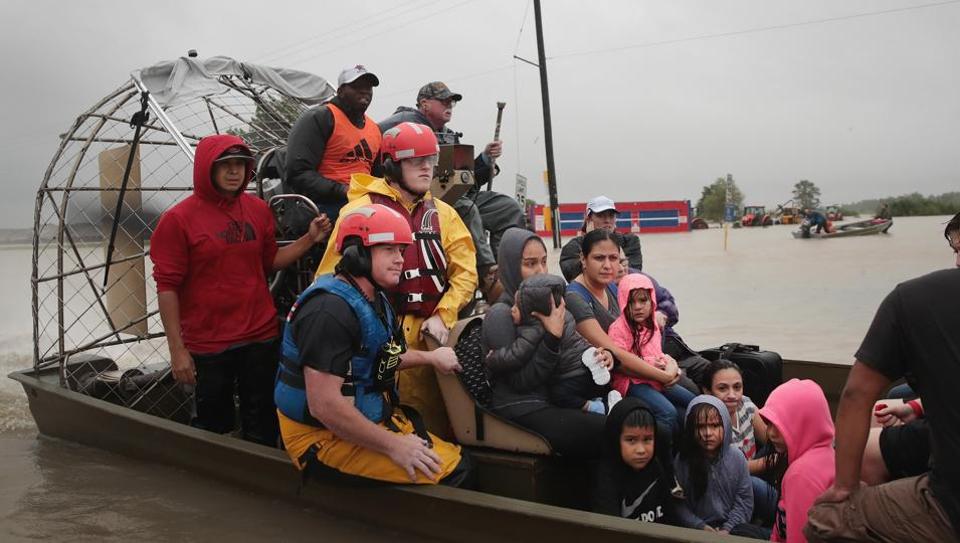 The Inspiration of Otis

Otis got loose on the Friday night of the storm. His caretaker thought he was swept away.

On Saturday night he was sighted, carrying his own bag of dog food. God has His eye on the sparrow…and the German Shepherds. 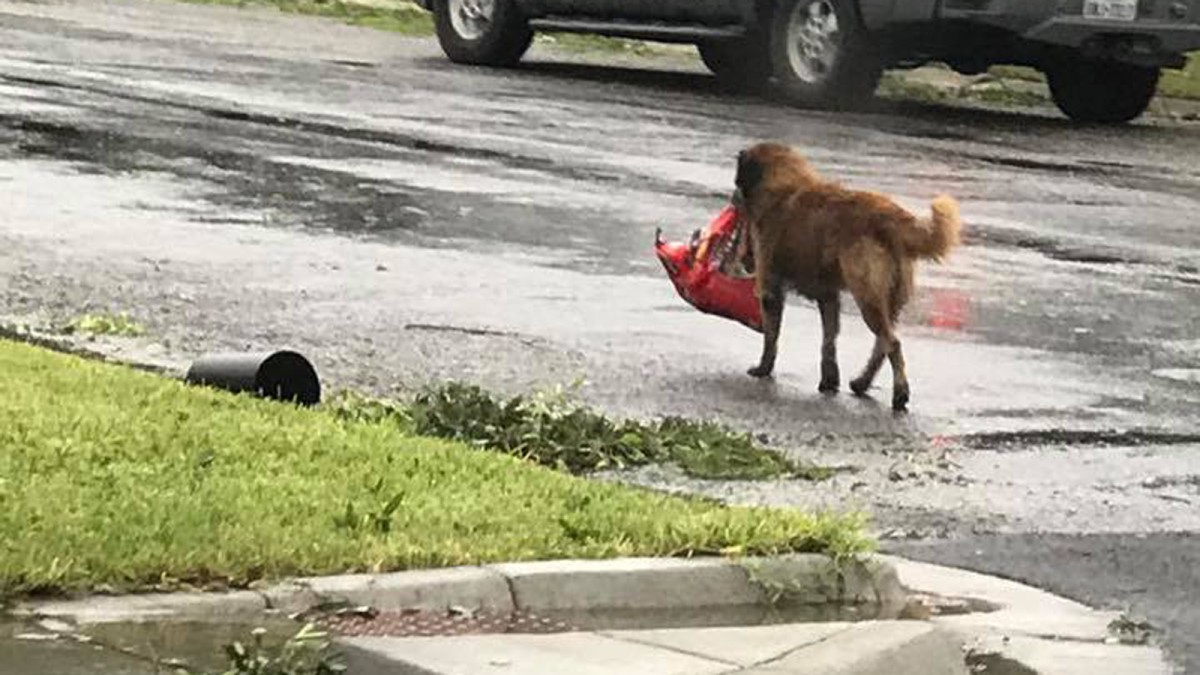 The Salvation Army, Samaritan’s Purse, The Red Cross, churches, civic centres, government agencies and many more have reached out to rescue and solace the displaced.

A Facebook page Hurricane Harvey Helping Hands was set up to notify rescuers and share prayers, encouragement and assistance for victims of the flood. 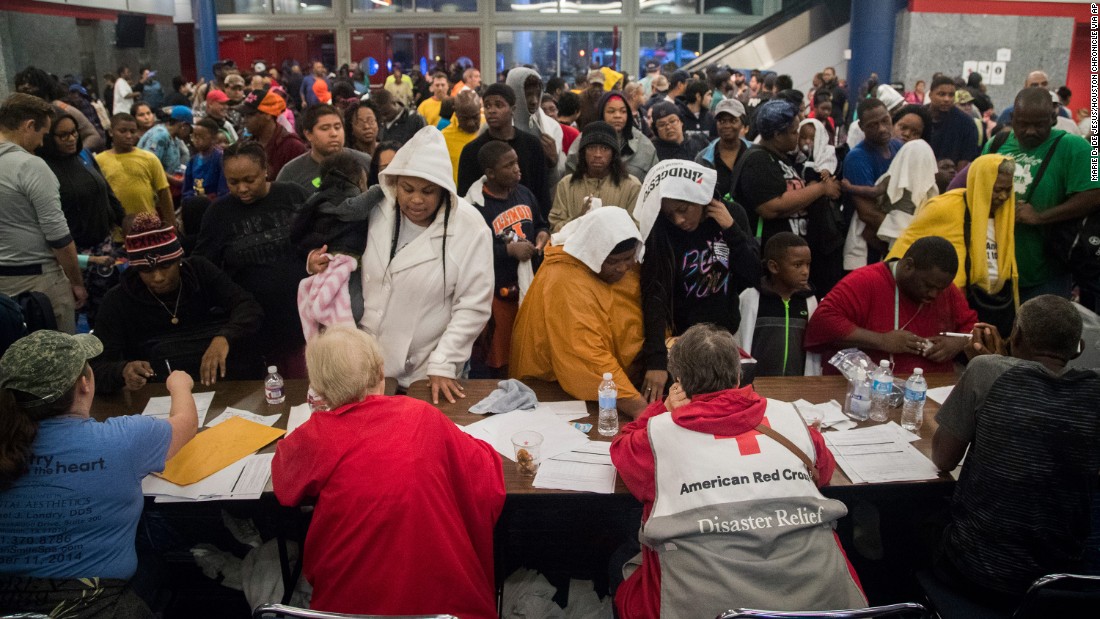 The disaster hit close to home for a family from North Pointe now living in the Woodlands area of Houston. Dan and Lenaya Trease happened to be holidaying in BC when the hurricane hit.

Their neighbors let them know the floods had isolated their neighborhood but had not yet reached their north end home. They’re in Canada to see their adult son be baptized on Sunday.

Through the flood – devastation, death, loss, lovingkindness, hope, healing, restoration – Houston will rise. People will come back stronger. Closer to their Creator and Savior?

APPLICATION: You can help the victims of the flood by donating through Samaritan’s Purse Canada. Please leave a comment below. Thank you.