My home life growing up was quite dysfunctional; I am the youngest of four, and knew from an early age that my mother never planned for a daughter.

This guest post is from a woman I know who is courageously sharing her story about childhood sexual abuse so that others can find hope, freedom and healing.

My parents were both quite emotionally disconnected from me and looking back, I now see my emotional neediness even as a young child.

My father was explosively angry and prone to rage, and I rarely if ever felt his approval. I was over 30 years old before I heard him say that he loved me.

In addition to all this, there was a complete lack of boundaries in my home. Pornography was prevalent to the point that once my brothers were older, my mother would buy ‘all the men’ a Playboy calendar every year for their Christmas stocking. Crude jokes abounded, and I knew and experienced things at a very young age that I should not have.

It is no surprise, given this environment, that there were innumerable incidents of boundaries being crossed and people acting out inappropriately, to the point of outright sexual abuse. Thankfully the abuse was sporadic and over a relatively short time period – but along with everything else, it was pivotal.

Despite all the above, my mother believed that knowing about God was important. She sent us all off to Sunday school regularly, and to summer camp at least once.

The summer when I was 9 years old the only camp that she could find to send me to was an Alliance camp, so off I went. I accepted Jesus into my heart at that camp, but I didn’t dare tell anyone. As much as my mom wanted us to learn about God, my parents were NOT okay with any of that ‘born-again’ stuff.

About four years later a friend invited me to a Pentecostal camp, and I really encountered God there. A year or two after that I finally got up enough nerve to start going to the Pentecostal church, but my parents were pretty convinced that I was in a cult. They were so opposed to me getting baptized that I waited until after I had left home to take that step of public declaration.

THE LOSS OF A MOM

My mom had an aneurysm in her brain when I was 14. After spending six months in hospital she returned home but was brain damaged, and although her recovery was quite remarkable in a lot of ways, she ceased functioning emotionally as a wife and mother.

My dad didn’t handle mom’s health issues very well, and their marriage basically disintegrated to one that was in name only. Mom’s drinking escalated to significant proportions, and over this time period she had some serious medical issues, which culminated in her death when I was 19.

About ten months before Mom died, I moved to a small city about 45 minutes from home to take a course at a college, and started attending the local Pentecostal church. Little did I know the pivotal events that would soon transpire.

There was someone else new in town and to the church – a 35-year-old divorced former pastor who played the guitar and had an amazing voice. The church was very excited to have someone with his talents around. He was handed the high-teen Sunday school class. Over the next 18 months I was groomed and ultimately molested by this charming wolf in shepherd’s clothing.

He could’ve had any woman he wanted, but he was more interested in developing a friendship with me – a naïve 19-year-old girl with a huge, neon ‘needy’ sign on my forehead. I just wanted someone to love me and to make me feel worth something. I was a very easy target.

Two people that I know of complained to the pastor about this man’s behaviour specifically related to me. However nothing was said or done. He abruptly moved away. I eventually came to refer to this experience as me having been in ‘an inappropriate relationship with a man 17 years older than me’.

I carried a measure of shame and embarrassment over this for 25 years.

God began my healing journey in 1986 and it has progressed in stages. Initially it was dealing with the abuse that occurred during my childhood. A big step was in 2001 at an Ancient Paths seminar.

Jesus showed me in my spirit how He was actually there with me, through the very worst of what happened. He saw it all, and it broke His heart so much that He was weeping. That was so very, very significant.

In late 2010 through a series of events that started at a Freshwind Women’s Conference, God revealed the truth. I saw things as they really were. I had not been ‘in an inappropriate relationship’ with a man 17 years older than me – I was abused by my Sunday school teacher at my church.

He sought out the most vulnerable, emotionally needy person that he could find. Then he used his position of authority, trust, and endorsement by the church to manipulate me and to exploit my emotional vulnerability. Because of the age difference, his position of power, and my neediness, it was not at all a relationship of equals.

When God opened my eyes and I saw this man’s deliberate exploitation and my deep brokenness, I was completely undone. At that moment God and I embarked on the most excruciating, remarkable, and ultimately freeing journey of deep healing that I ever could have imagined. It’s like God said, “Enough with the baby steps – let’s fix it ALL!”

A few months along this excruciating journey, on a Sunday morning one of our pastors led our congregation in an exercise in ‘listening prayer’. We were asked to pray and ask God if he loved us. Then we were to write down anything that we thought or felt, any impression or picture that we received. I said, “God, do you love me?” IMMEDIATELY I felt these words in my spirit: “Yes. So much. I want to heal you. You are my beautiful daughter. Wait. You will see.”

The very next day I had a meeting with that same pastor, and she asked me what God the Father looked like. We realized I didn’t know – I only felt fear.

So we prayed and asked Jesus to introduce me to His Father.

THE IMAGE OF GOD

In my spirit I could see myself, sitting on a log by a brook in a rainforest, and Jesus was there with me. I was waiting for him to take me wherever we needed to go to meet his Father.

I presumed we were going to go to His office, which must be extremely large. He was most likely terribly busy. I was going to interrupt Him. He of course would be polite. But it would be awkward and I wouldn’t know what to say, because after all, He is God and I am just – me.

So I’m waiting, but Jesus isn’t going anywhere. Suddenly a man appears behind Jesus. He is the kindest-looking grandfatherly man – who looks just like Jesus, but older. In a flash I realize it is HIM!! God the Father left His big busy office and all that He was doing, and came there, to where I was. To find – ME.

The God of the Universe looked me full in the face and said, “I love you so much. I want to heal you. You are my beautiful daughter. Wait. You will see.” Then He held me and rocked me while I wept and wept.

SEEING MYSELF AS I REALLY AM

Daddy God helped me to see Him as He really is – my loving Father, and to see myself as I really am – His beautiful daughter that he loves so very much.

He has redeemed every broken area in my life, and He calls me His masterpiece. It amazes me how I went to Him asking Him to heal the abuse. He healed what really needed to be healed – my understanding of His love for me, and who I am in Him.

Once those two pieces are in place, then all brokenness is healed. 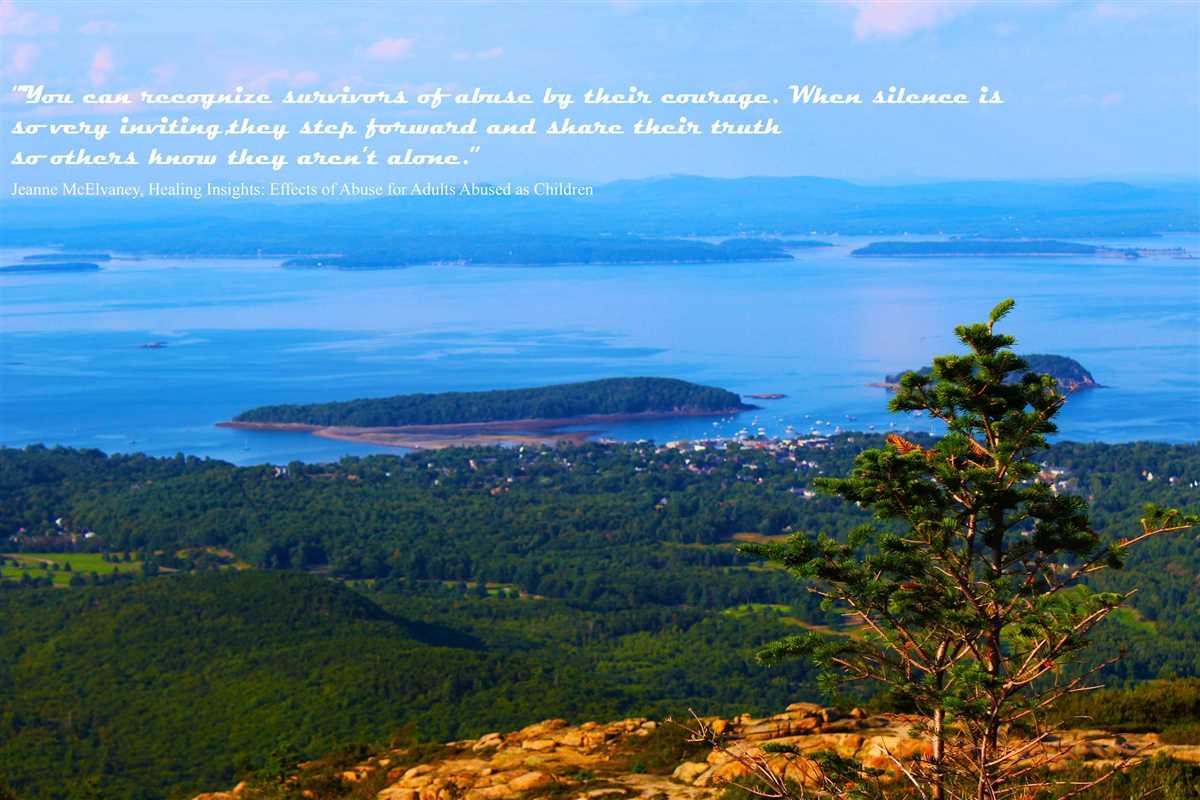 I love Jeremiah 29:11: “For I know the plans I have for you,” declares the Lord, “plans to prosper you and not to harm you, plans to give you hope and a future.”

This was written to a people who were in bondage – who had no hope of escape. God is faithful, and will bring total healing. He draws near to the brokenhearted. He gives beauty for ashes, and He will finish that which He starts. It hasn’t been easy. I was deeply broken for months, and still have times where I deal with ‘triggers’ from my past. Every time I go into all the details again is very painful. But it is only in speaking the truth of my story that I gain power over it. God is free to use my scars to bring hope and healing to others.

Those very same things that were meant for evil, God can use for good when they are surrendered to Him. He is trustworthy.

Follow this link to read more of my friend’s story.

Sharing this post on your social media platforms could help someone else start their own journey to healing. Thank you.