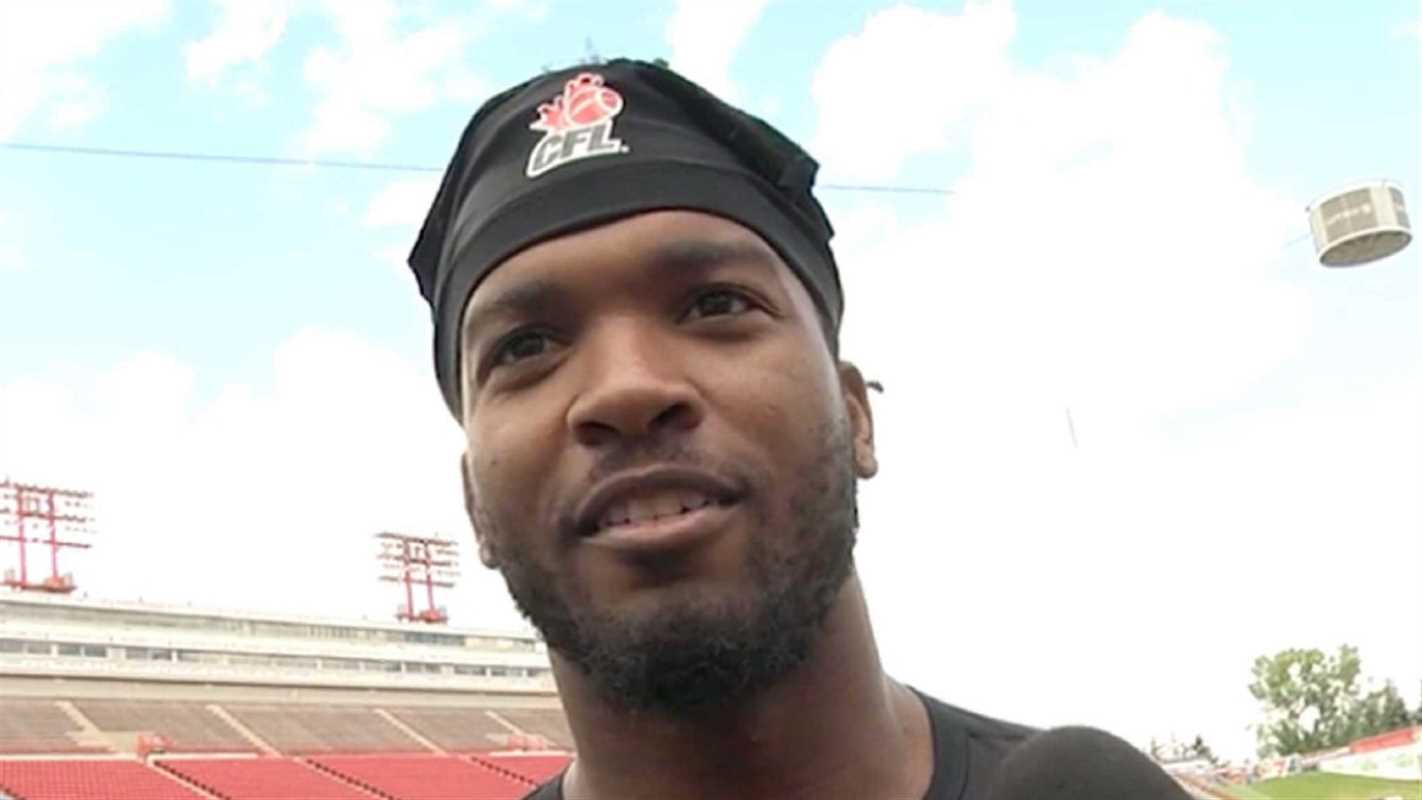 Our church family knows this pastor likes talking football but I wasn’t prepared for the conversation I had Sunday morning.

The first thing a friend asked was, “Did you hear about Hicks? He was murdered this morning.”

Mylan Hicks was like my sons – dreaming of making it as a pro football player.

Only a professional athlete understands all that it takes to survive minor football, high school, the college ranks, training camps and practice rosters. The 5am long distance runs. Lifting weights. Drills. Coaches trying to break you down – physically, mentally and spiritually. The injuries you don’t tell the trainers about.

He was privileged to be a part of the fraternity of football players. With the NCAA Spartans of Michigan State University and the CFL Stampeders of Calgary, Mylan found his brothers. There’s something primal about being a part of a football team – of going to “war” together. There’s a camaraderie that transcends the playing field or the locker room. 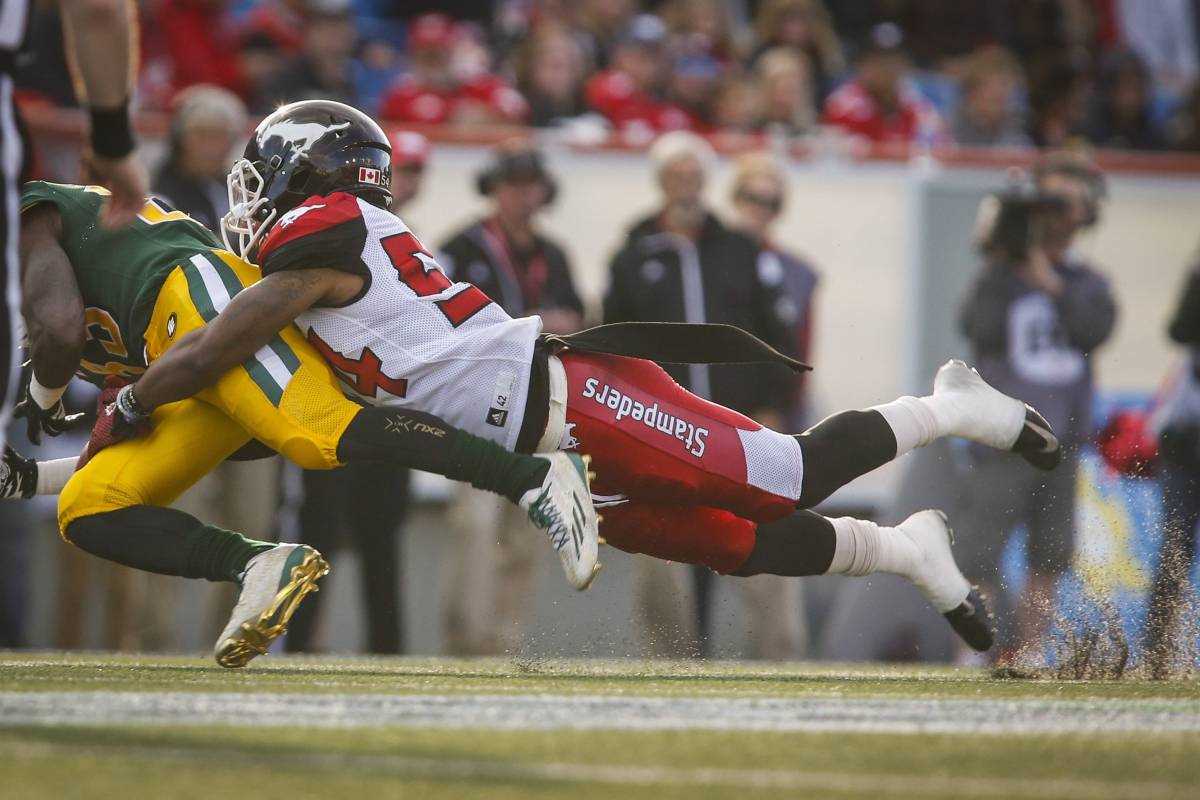 A Family in Schock

Then it was over.

Gunned down outside a Calgary nightclub early on a Sunday morning.

Quarterback Bo Levi Mitchell got the call that he was needed at a press conference to address the media about his teammate’s murder.

Rarely are those words ever used to describe real life.

Just hours earlier, Rene Paredes had booted a field goal with no time on the clock to lead the Stamps in a thrilling comeback victory against the Winnipeg Blue Bombers. The same reporters who had recorded the team’s euphoria now waited to hear their reactions to the chilling news.

Mitchell, John Hufnagel team president and GM, and Hicks’ teammates appeared with tears in their eyes and their heart in their throats. “Everybody’s talking about when’s the next time we’re going to lose. Last night we had the most devastating loss we could. Football doesn’t even seem important right now,” said Mitchell. 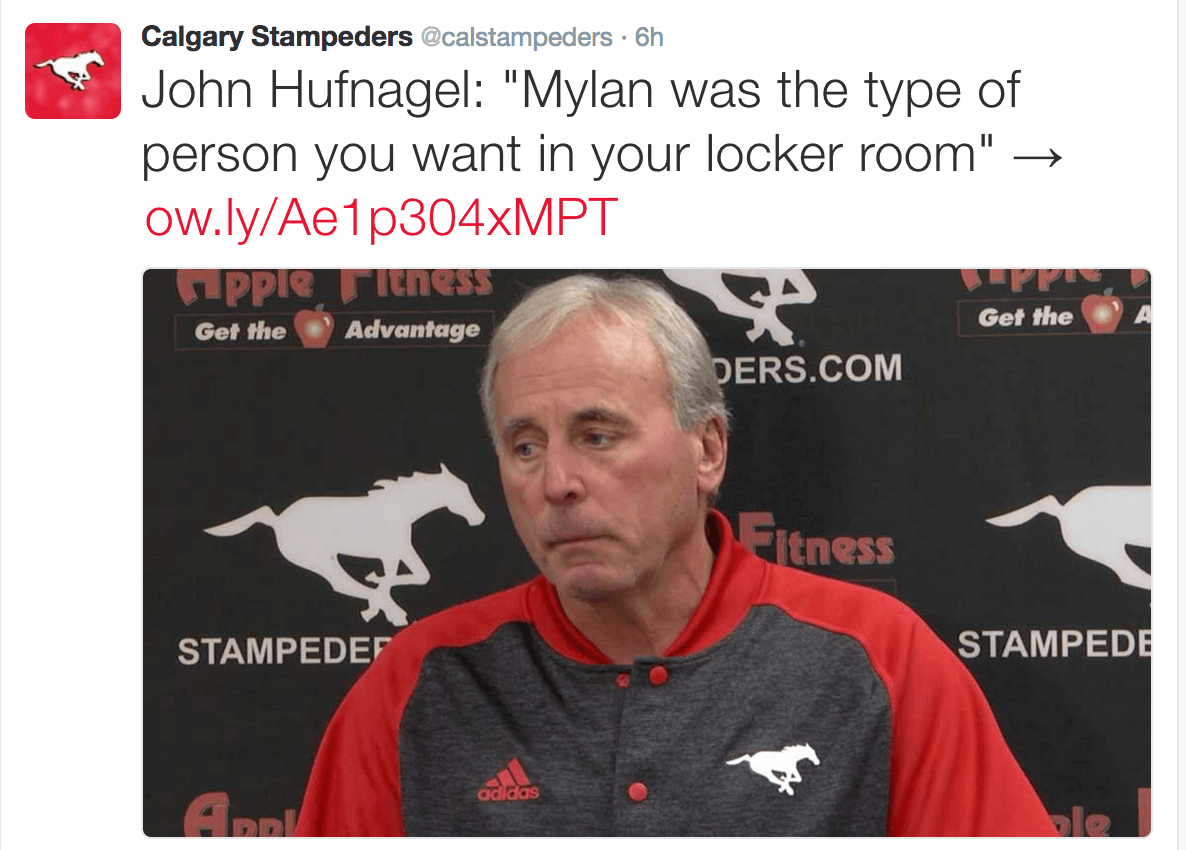 Hick’s coach at MSU echoed the sentiments of many who knew him, “Mylan went at everything with a great deal of excitement. He just enjoyed playing football and being around our program. He was a great student as well, graduating from Michigan State.

I had many personal talks with him during his five years here. He went 100 miles an hour. No. 6 was a beautiful person and just lit a room up when he walked in. He established himself as a leader on our football team in his last year. This is just tragic and has rocked our Spartan football community. Our thoughts and prayers are with Mylan’s family. We will miss him deeply.” 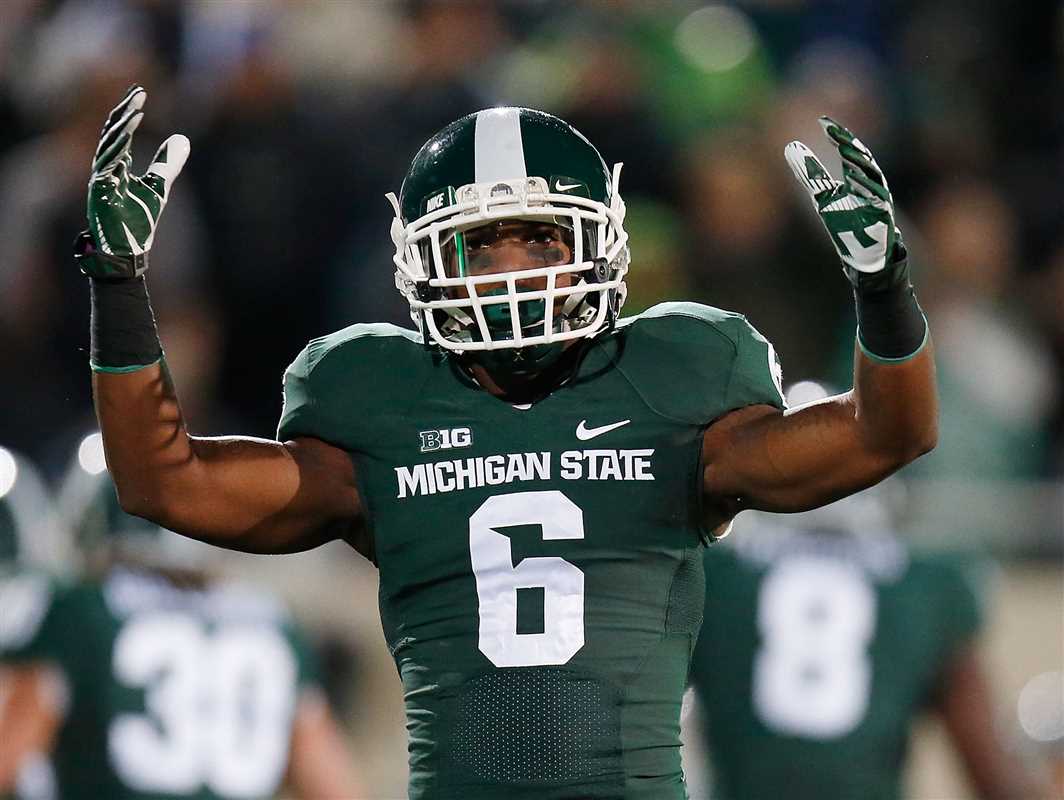 Professional athletes often appear tough, and able to take care of themselves. Rod Sawatzky, team chaplain for the Stamps, knows first-hand that these athletes need support like everyone else. Especially in moments like this.

When the Stamps gathered on Sunday morning Hufnagel had Sawatzky address the team and pray with them.

As an Edmonton Eskimo fan, I usually cheer against the Stamps.

APPLICATION: Take a knee today…say a prayer for Mylan’s mom, his family and his football family.