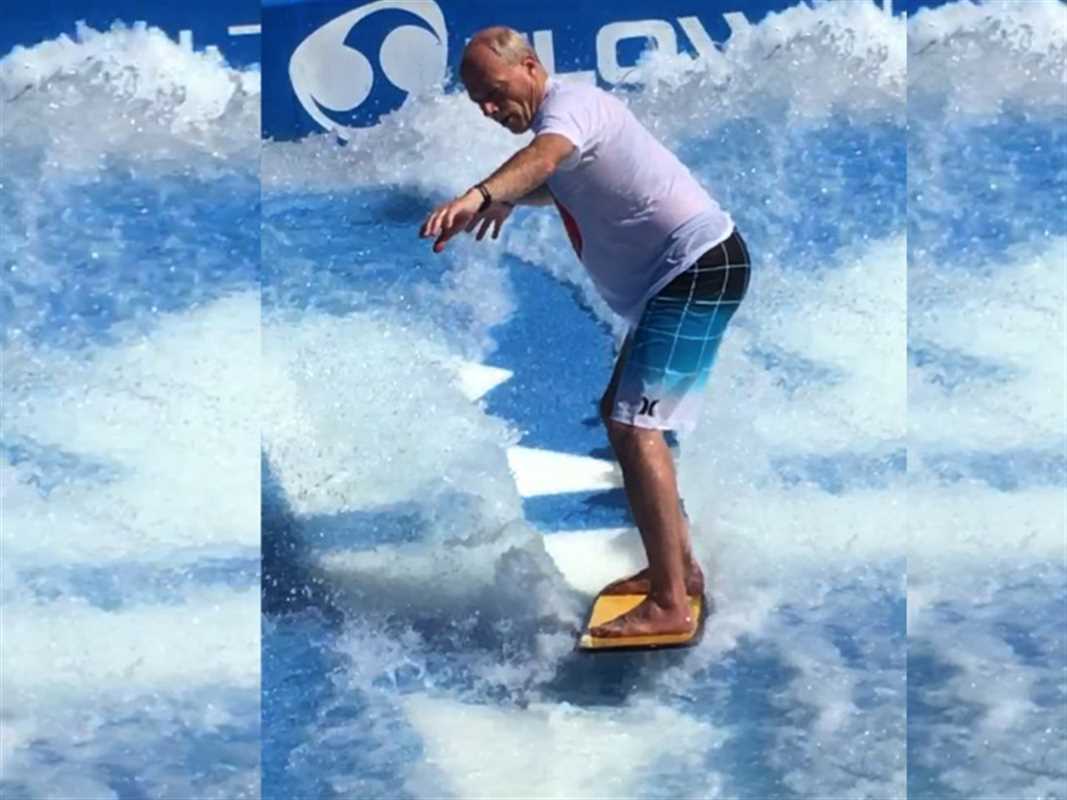 WHAT FLOWRIDER TAUGHT ME ABOUT FAILURE

My heart told me, “You should try that.” My mind told me, “You’ll make a fool of yourself. Plus you could do major damage to your body.”

My heart won out.

Looking foolish in front of people is a fail for me.

For most of us, failure comes with baggage – a lot of baggage. From an early age I got the message that:

Failure is something to be ashamed of.

Failure hurts so avoid it all costs.

New experiences that look enjoyable but come with a high risk of failure are to be avoided.

Case in point – on a recent holiday I was contented to be a spectator at a Flowrider – a surfing simulation failure waiting to happen. 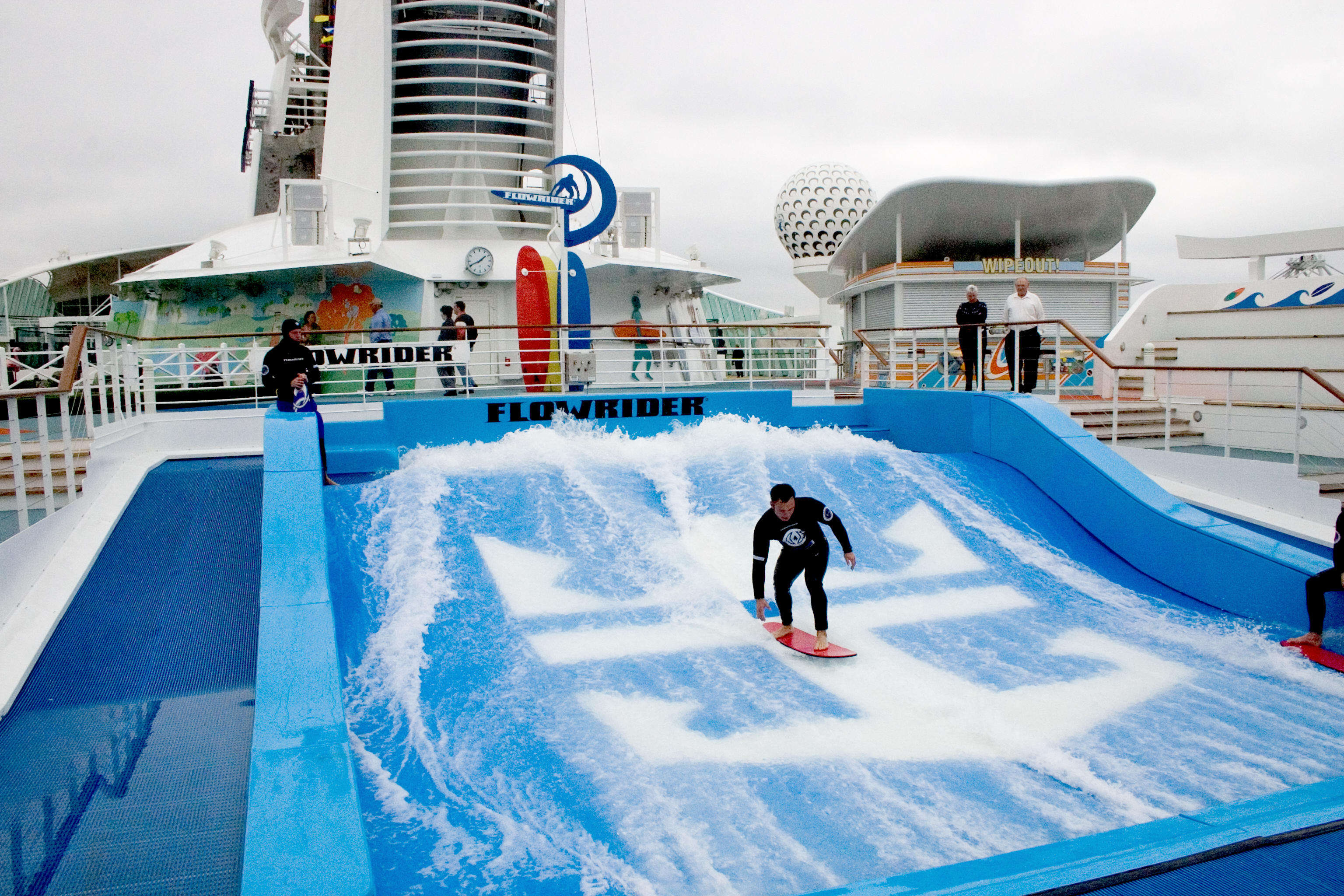 Clearly, some of the users were experienced. They appeared effortless in surfing the waves. Others were novices who barely got their feet on the surfboard before wiping out.

Here’s what I discovered: 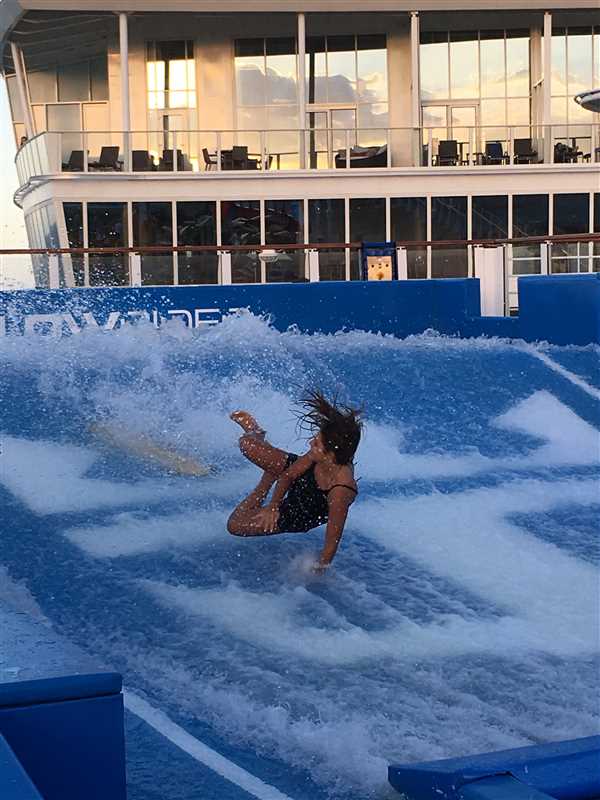 1. Everybody falls. The most skilled riders would try new tricks and eventually each one fell. Falling is not failing – it’s a part of learning. 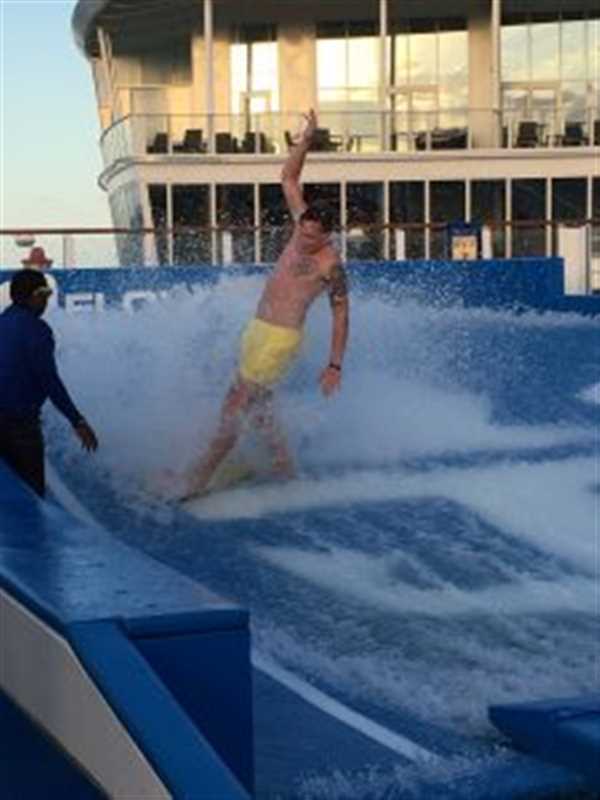 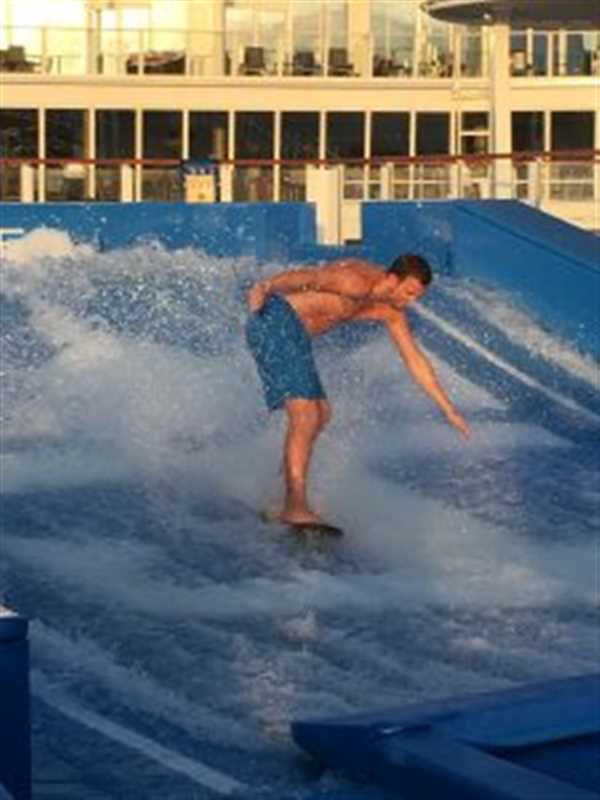 2. After my first wipeout, other riders were encouraging and offered tips on how to succeed. When I finally “got up” after repeated falls, applause and high-fives greeted me. Riders from San Francisco, Detroit, Miami, Minneapolis, New Jersey and the Bronx were in this together.

3. The gallery wasn’t watching for me to fall. They weren’t even paying any attention to me. They were focused on their friends, cell phones, cameras and other much younger, buffer surfing bodies. Looking foolish was only in my head.

4. Flowriders bond like family. On a cruise with nine thousand people there may have been less than a hundred riders. Riders are given a wristband to indicate they’ve signed off on the risk waiver. Wherever riders met on the ship there were high fives or knowing smiles exchanged.

Ed Catmull, president of Pixar Animation – the creative machine behind Toy Story 1, 2 and 3, Monsters Inc. and Inside Out – says,

“If you aren’t experiencing failure then you’re making a far worse mistake: You are being driven by the desire to avoid it.
And trying to avoid failure by out thinking it dooms you to fail.” (1) 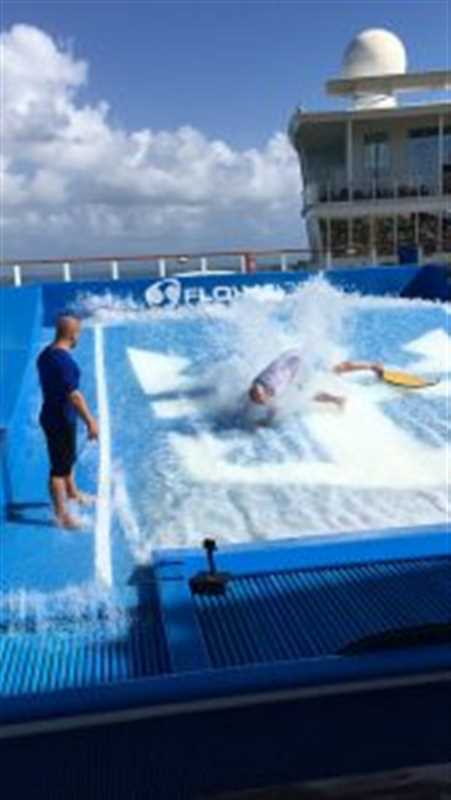 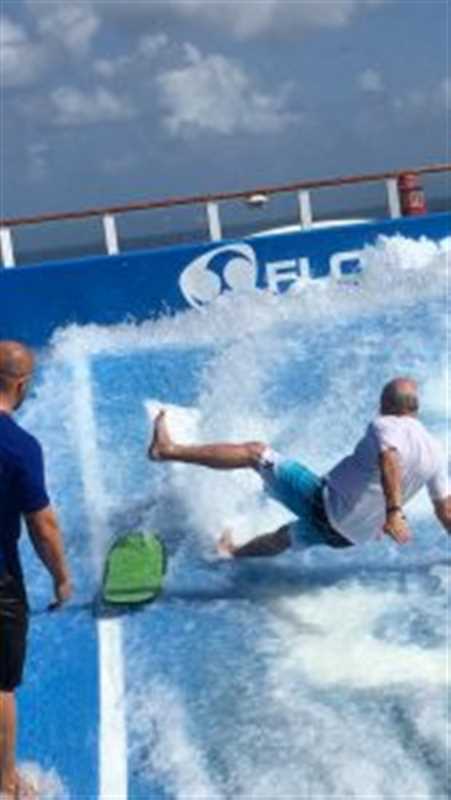 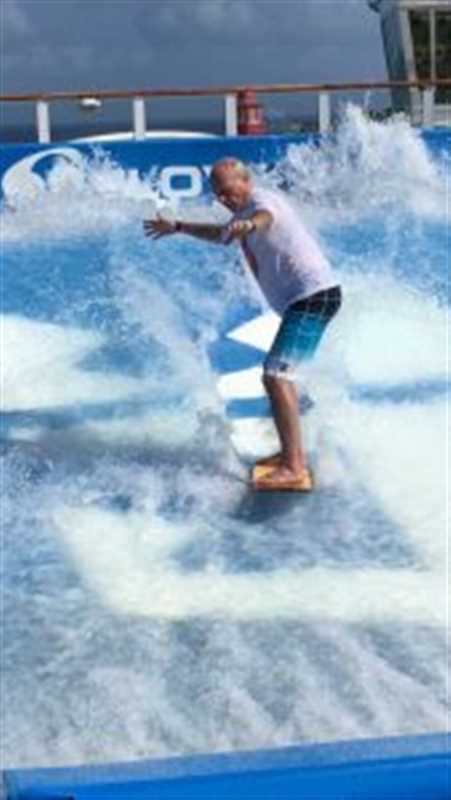 Every time you fail and learn you get better at figuring out how to succeed.

APPLICATION: What have you been afraid to try? What risk have you taken recently? Take a risk and leave a comment below. Thank you.