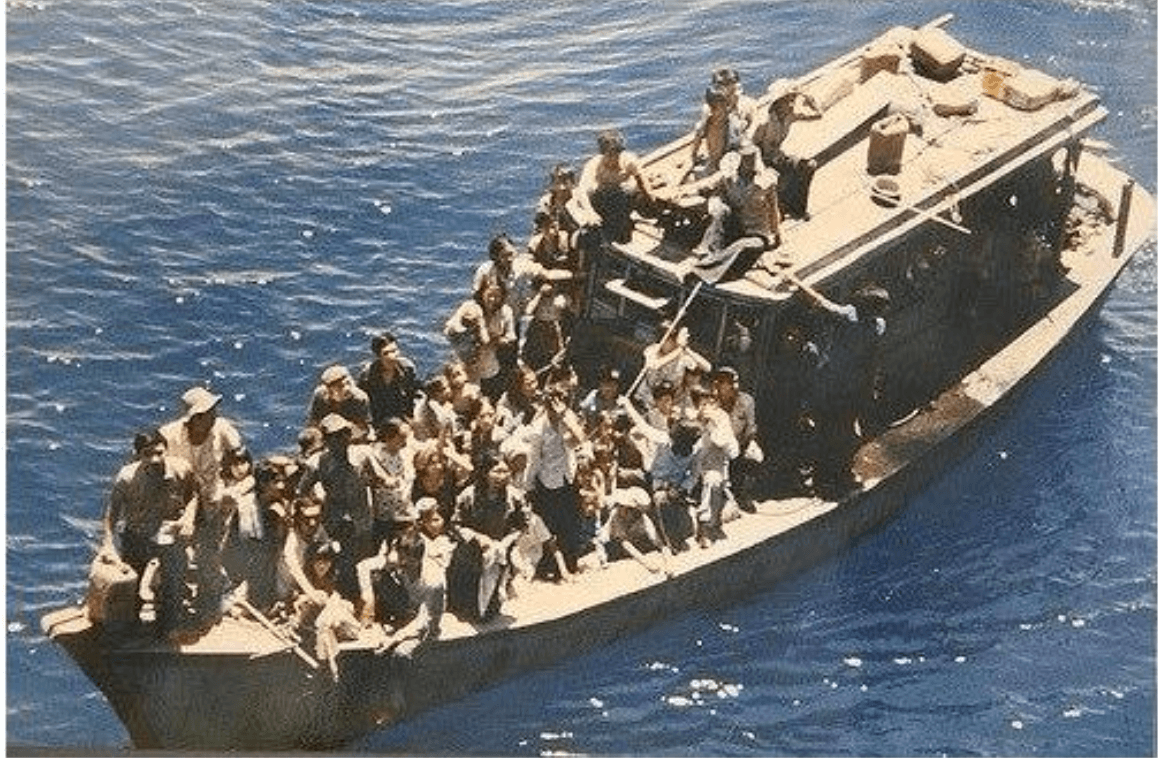 Though I could never have imagined it at the time, the distressing circumstances and events that I’m about to unveil, were the unforeseen gifts that transformed me into the person that I am and the life that I’ve chosen to live.

Thuy Cao’s story is unforgettable. When you meet Thuy at the doors of North Pointe, on the badminton court or a snowboard slope you’d never guess his back story. That’s why we’re sharing it. His escape from Vietnam four decades ago, his journey to Canada and the formation of his Christian faith have the fingerprints of God all over them. Thuy is a much loved badminton and snowboard instructor and a longtime volunteer at North Pointe.

In 1975 the war was over and the Americans withdrew from Vietnam. The Communist Party from the north had taken over the south and Vietnam was unified into a single country. Many from the south were fearful of the new political system and made illegal attempts to escape.

A massive exodus ensued with people fleeing on foot to Cambodia and to Thailand, but most tried to flee by way of the sea. They fled on boats, in small ships and in any vessel that would stay afloat.

My father hoped for a better future for me and my siblings so he looked for the right opportunity to send us away. If I remained it was likely that I’d end up joining the military and being sent off to Cambodia to fight another useless war. Chances were I’d never return.

Plans For My Escape

In the first plan, my father had made an arrangement for me to flee with an old school mate. This fellow had three daughters, one of which was my age. We knew each other from school. Our parents planned that one day we would be married.

Everything was in order for us to go but at the last minute my mom pulled me out, explaining that I’d have to wait for another time. I was very upset. I didn’t know it at the time but I think God had a purpose for the delay.

In the second plot, my mom took four of us down to my father’s homeland where we stayed for over a month. We hid on a farm while we waited for just the right time to make our escape. 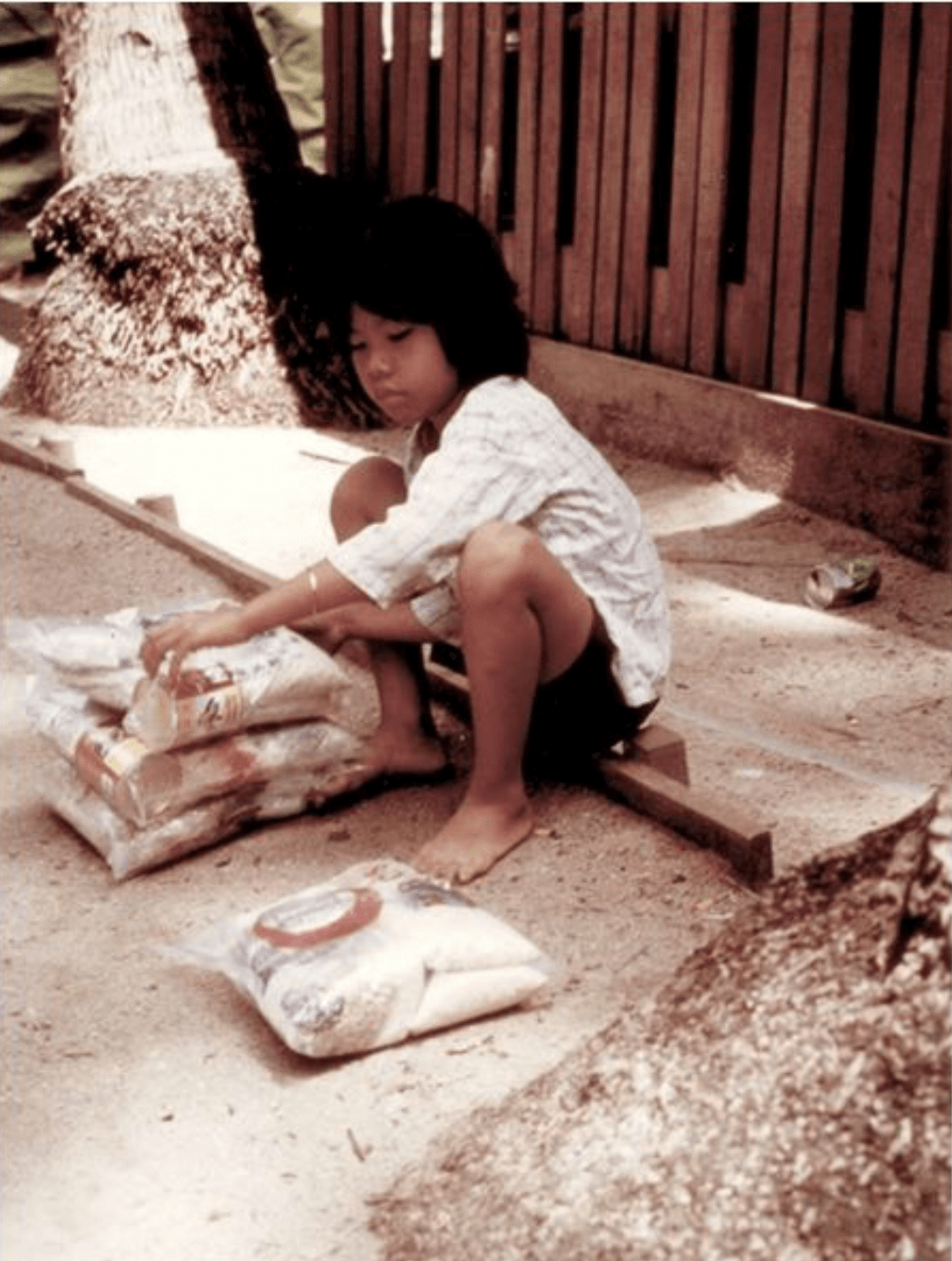 We’d dropped out of school. If we didn’t go forward there was a good chance that going back would have landed us in jail for a very long time.

Finally, the time arrived. It was April 30th, 1980, Vietnam’s Victoria Day. While people celebrated, we left under the cover of darkness. There were one hundred sixty eight of us wedged into a small boat that was a mere sixteen meters long and five meters wide.

The boat was overloaded. If we stood up for any reason, we would lose our seat.

As we were leaving the river to head out to sea the boat became lodged in the sand. The water was too shallow. The captain requested those who knew how to swim to jump into the river to help to free the boat. I jumped into the river and all of the other guys jumped in too. None of us wanted to be caught due to a delay.

We had to make good on our escape.

Giving the boat a good shove dislodged it from the sand and we were free.

We weren’t long on the open water when we faced our next challenge. The sea police spotted us and took chase. They pursued us for three hours, shooting at our boat many times. We had some distance on them, which ultimately allowed us to escape their bullets. Eventually, they gave up their pursuit.

We were elated and relieved that no one had been hurt.

Leaving home, I brought only a few clothes and a small Bible. I can’t remember how I’d acquired the Bible, but I felt safe when I had it with me. I started to read it beginning in the book of Genesis. The story of Adam and Eve interested me. When I got to the part where one brother betrayed another and where kings were fighting and killing people, it scared me.

I was disenchanted, thinking that the Bible should be about God’s love and that it should teach us about relating well with one another. I put the book away, intending not to read it again.

Unknown to me, God was preparing me for my journey ahead. What I had to experience wasn’t so different from what I’d read in the Bible.

Our second day at sea we were unable to see anything but water and it was unusually calm. We could have been easily convinced that we were sailing on a lake. There were no waves, no birds … and there was no food. Did God watch over me? Did He stop the waves and calm the sea?

I began to get very hungry, as I hadn’t eaten in more than two days. There were only coconuts in the boat and these were rationed, as we didn’t know how long we’d be at sea.

On the third day we saw something ahead of us. A small black object was floating freely on the still ocean. Expecting a pirate ship, our captain told us to prepare for a fight.

As the distance narrowed between us, we noted that the boat ahead was smaller than our own. As they neared, we saw there were twelve people aboard. I breathed a sigh of gratefulness that they weren’t pirates.

The people in the smaller boat were adrift with a broken engine, and had been on the sea for over two weeks. Seeing us, they all fell to their knees begging us to save them.

I saw this as God’s first real test. Half of the people on our boat wanted to refuse them. The other half were in favor of offering them help. In the end, the captain decided to take the twelve on board, ignoring the scoffing from many.

As we sailed on, I knew that the captain had made the right choice. I can’t imagine having abandoned those people on the sea. Through God’s help, we were able to save them. It would have been near impossible for me to forgive myself if we’d allowed them to perish.

By the third day I seemed to be able to forget my hunger, even though my stomach was empty. Knowing that there wasn’t going to be any food for a while, it seemed best to ignore the uncomfortable sensations.

It seemed significant to me, after saving the twelve, that God answered our prayers for rescue. 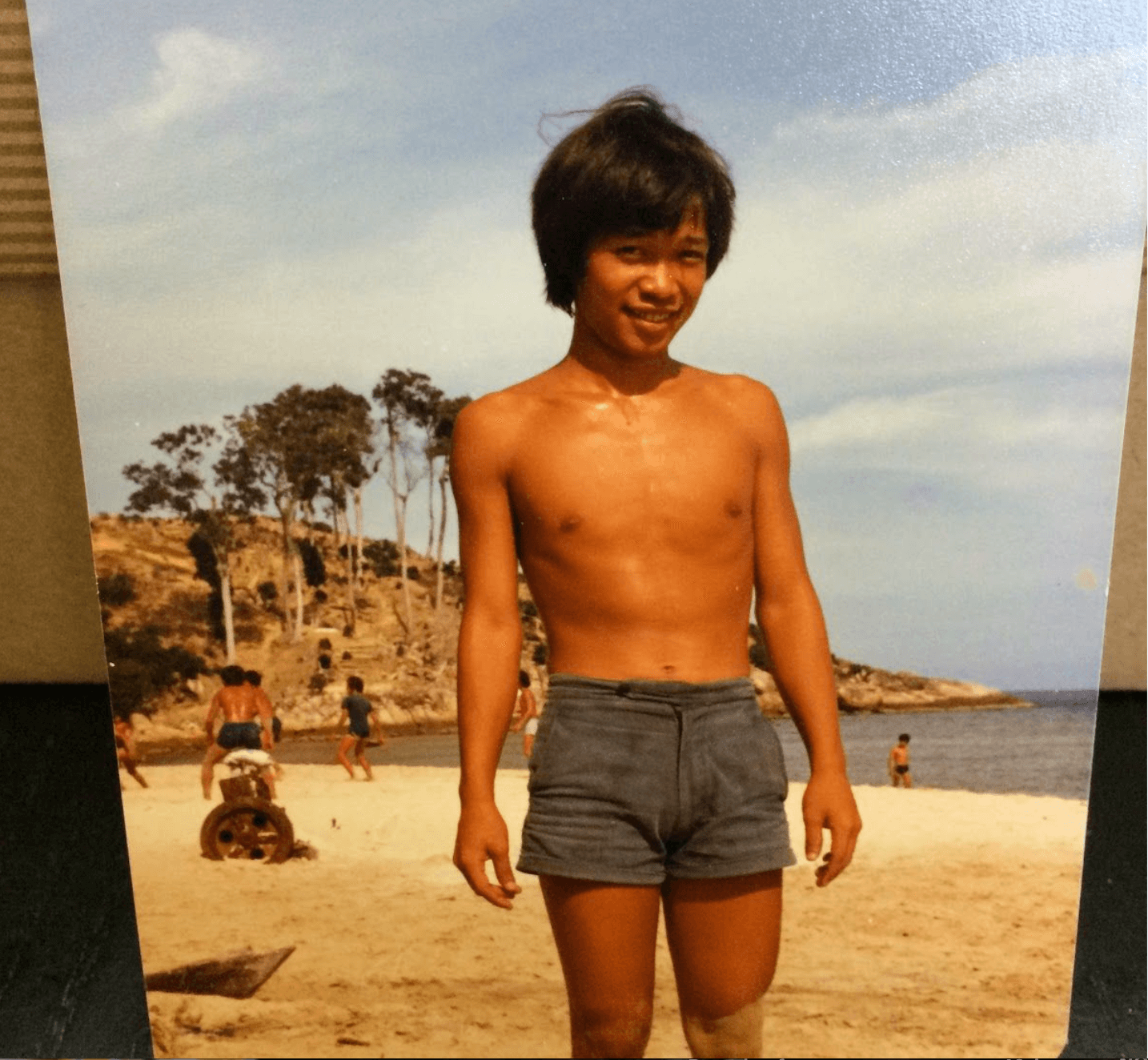 Waking up on the fourth day we saw a supply ship in front of us. It was bringing food to the oil rigs out at sea. Thankfully, we were taken on board, given something to eat, and offered a shower. We were told that we would soon be in Malaysia, the land of our freedom.

As we sailed away from our small abandoned boat, I took one last look back and saw it flip over as it was hit by the waves from our larger ship. I noted that the bottom was round like a watermelon, telling me that it was a river boat. It wasn’t meant to sail on the sea! We’d been on that boat for more than three days, and if we’d been hit by a wave, we’d have been in the sea and most likely drowned.

God was watching out for us. Miraculously, He calmed the waves, making it like a lake and allowing us to sail safely for the duration of our trip.

I realized that God had a plan for me.

APPLICATION: Please leave a comment for Thuy below. Thank you.