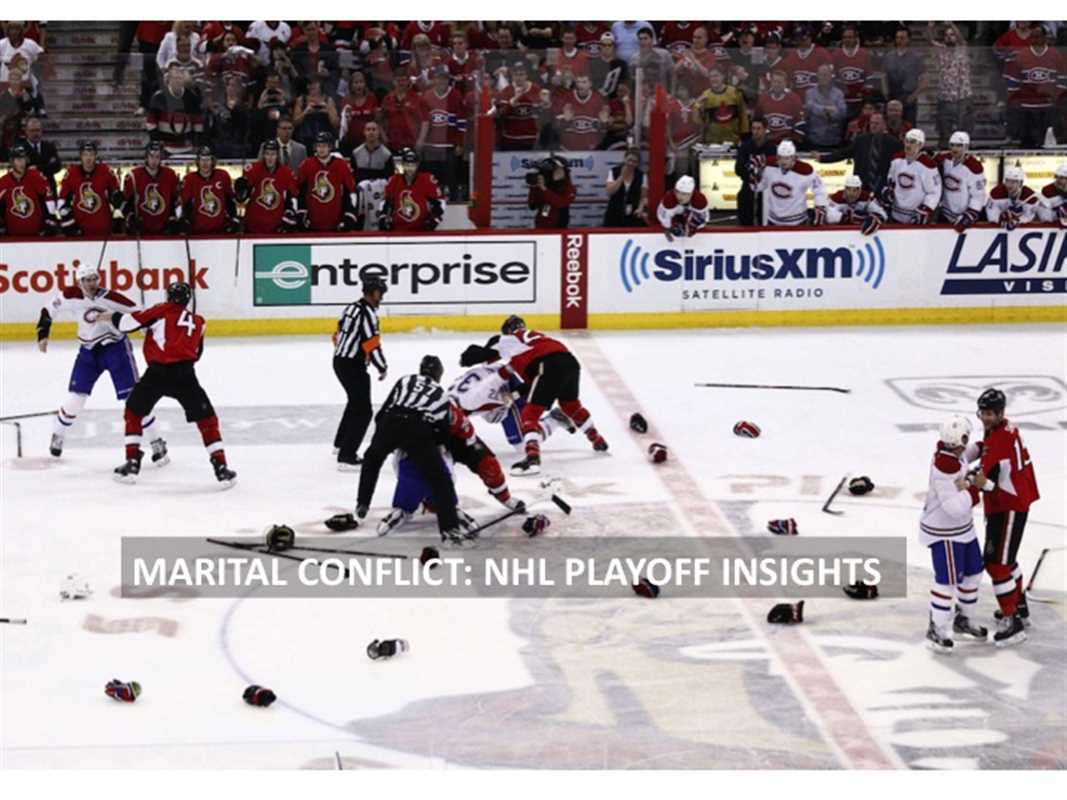 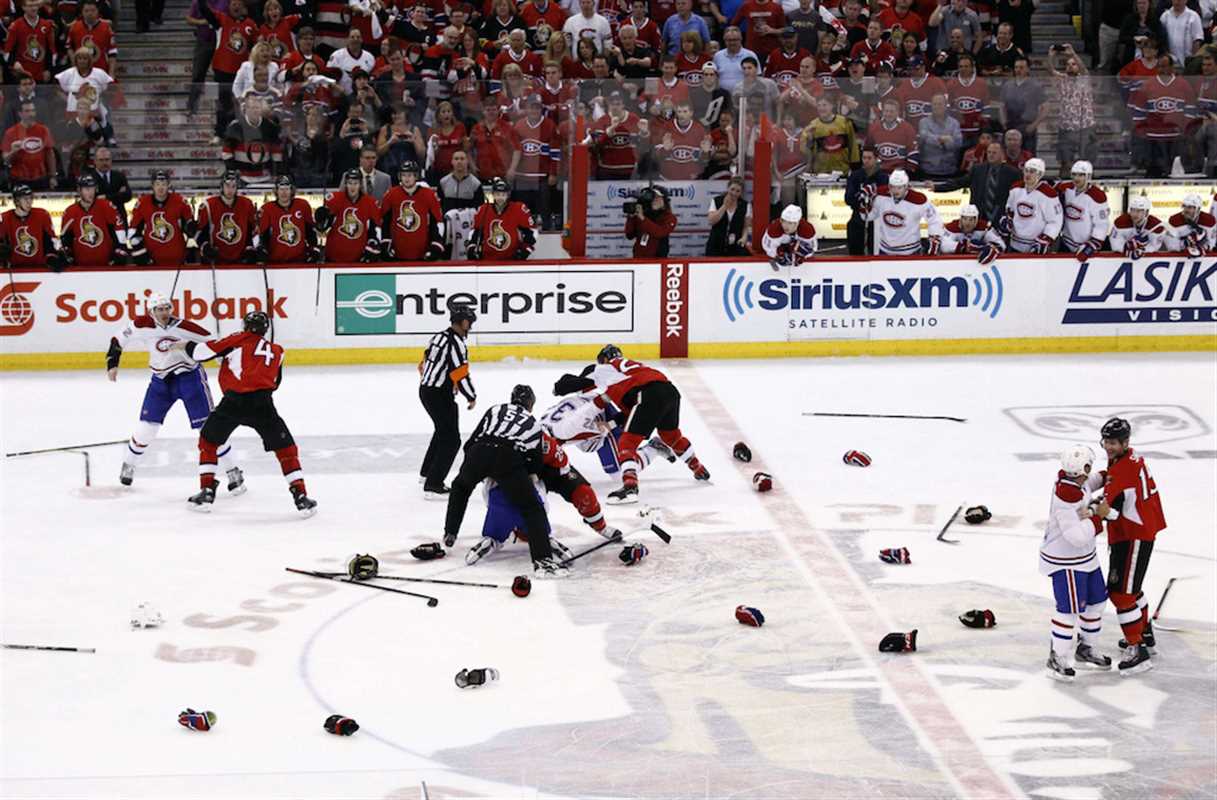 Members of the Ottawa Senators’ (in red jerseys) fight with the Montreal Canadiens (in white jerseys) during the third period of their NHL Eastern Conference quarterfinal hockey game in Ottawa May 5, 2013. REUTERS/Chris Wattie (CANADA – Tags: SPORT ICE HOCKEY)

Rodney Dangerfeld is famous for a lot of sayings but none so sarcastic as the one about the NHL – “I went to a fight the other night and a hockey game broke out.”

Professional hockey has a reputation for bloodied noses, broken fingers and black eyes.

Some feel fighting gives the NHL a black eye but a closer look will show something that even married couples can learn about conflict from hockey players. 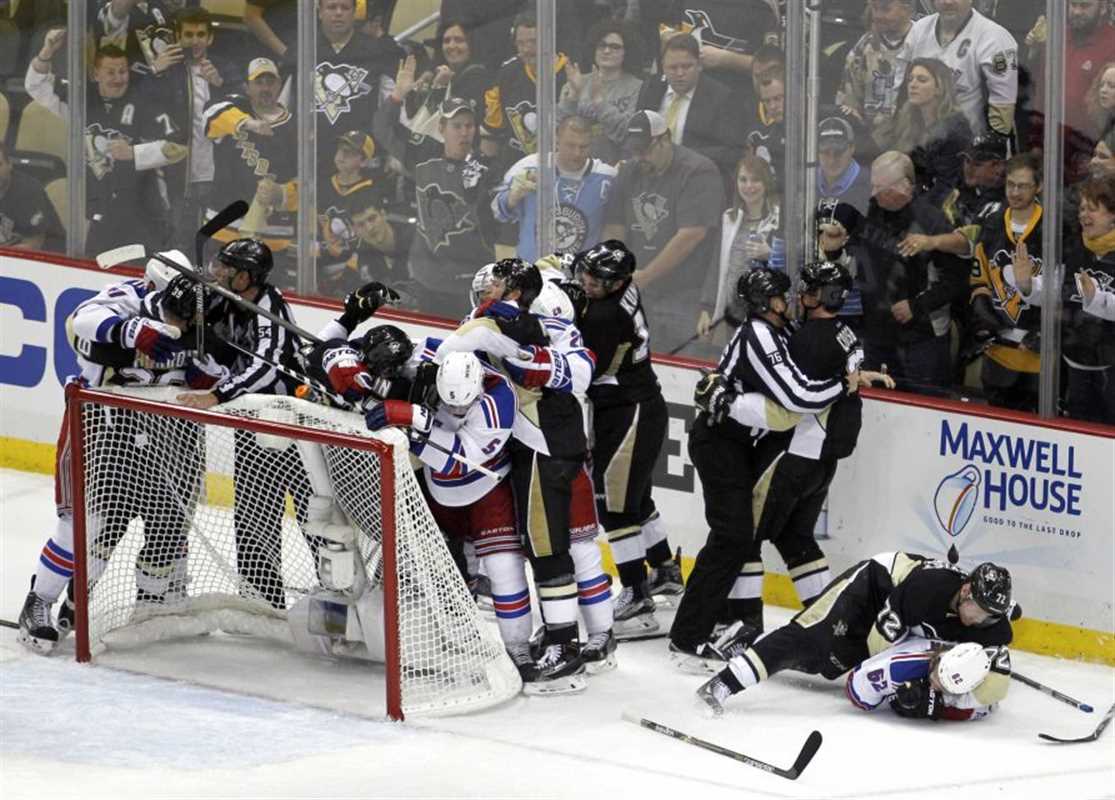 Fights in the Playoffs

The Stanley Cup Finals is a whole different season in the NHL. In the 2014/15 Playoffs there was ONE penalized fight since the first round of the Playoffs (Who was the fight between? Trivia answer of the month – Tanner Glass and Tim Gleason).

During the regular season there were hundreds of times players dropped the gloves.

4 Insights Into Marital Conflict from the NHL Playoffs

First of all, watching the NHL playoffs is good for your marriage. (No need to thank me.)

1. Conflict is a part of marriage. A marriage with no friction is fiction. “Happily married” does not equate to zero conflict. Conflict isn’t mutually exclusive with marital bliss.

Conflict isn’t bad in and of itself. Zero conflict may be a result of denial.

2. Keep your eyes on the prize.  There are radically less fights in the playoffs because players want to win more than they want to get even. They know they can’t score from the sin bin.

There’s the typical glove-in-the-face, headlocks, pushing and mouthing off but few drop the gloves and on-ice brawls are non-existent the closer teams get to Lord Stanley’s silverware. 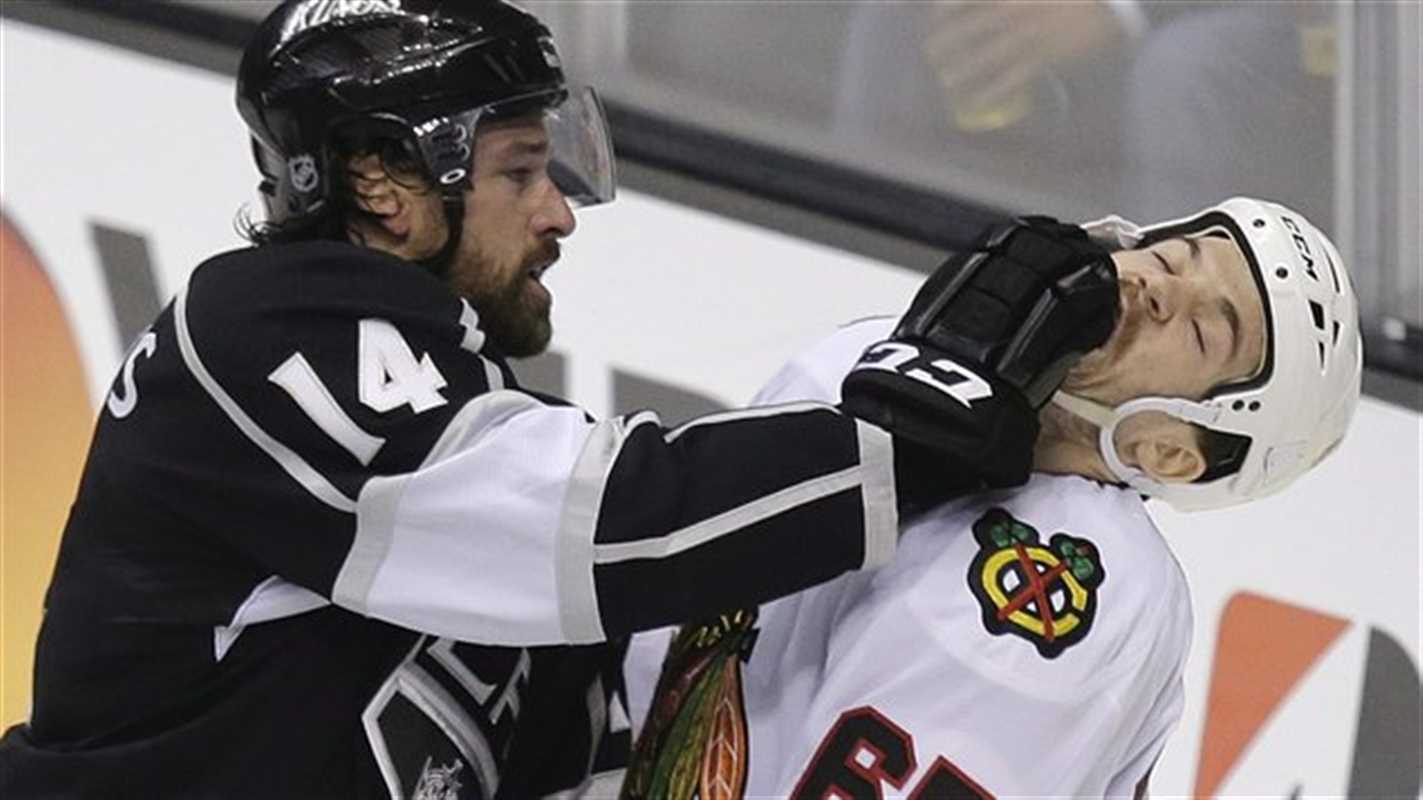 Fighting penalties, especially in the playoffs, are selfish. There’s a lot at stake and players have to keep their heads or lose their ice time.

There’s a lot at stake in marriage. Selfless works better than selfish.

3. Healthy marital conflict is about reconciling the relationship not winning the arguments.

Arguments are to marriage as fights are to hockey – you may win the argument but leave your team short-handed as you sit in the sin bin (doghouse).

A happy, healthy relationship is the ultimate prize.  In marriage, winning for the sake of being right leaves the relationship penalized.

I quiz grooms during pre-marital sessions, “If you can only pick ONE result, would you choose to be happy or to be right?”

4. Make a habit of responding not reacting.

When married couples react to each other they’re on the defensive, which puts them at a disadvantage.

The downside in reacting – loss of control.

The upside in reacting – it may be passion, but passion needs to be centered on purpose.

The flip side is responding. Responding may feel passive but it can change the direction of an interaction. A “cooling down” period – count to 10 / take a timeout / step back – gives responding a chance.

Champions don’t get goaded into a fight. They keep their cool. They respond.

So the next time you’re tempted to drop the gloves with your partner, remember that hockey players can keep their cool and so can you even if you’re not on ice.

APPLICATION: What practices do you and your spouse use to stay out of the sin bin when it comes to conflict? Please leave a comment below.