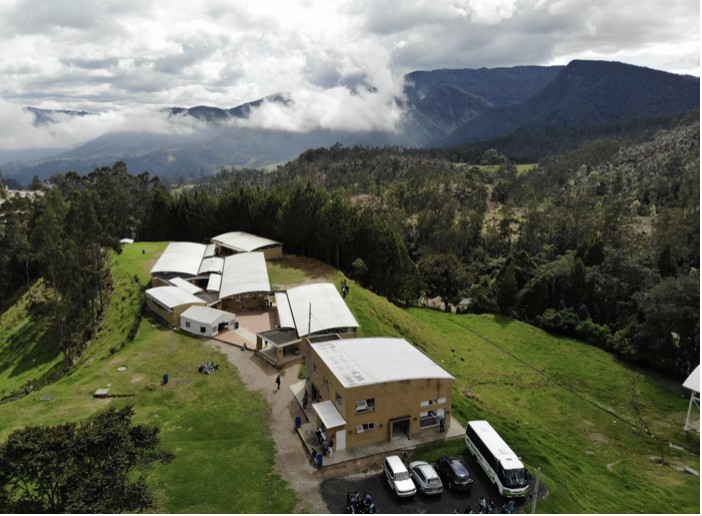 Crying By the Roadside

A picture has been on my computer desktop for the last six months. It is a really pretty picture, but that is not why I didn’t delete it or file it away. Honestly, until a few days ago, I had no idea why I felt to return and look at it every few days, but God was trying to tell me something. The story left me crying on a roadside.

This is the El Vino School, one of the schools that we have taken teams to on several occasions. First, we shared about sex, then bullying, and even did a suicide prevention workshop – without knowing that one of their students had committed suicide just a few weeks before. We made a huge impact.

One of our last teams even did a full, one week intensive English course with the High School kids. And the principal? You have never seen doors more open to a Christian outreach ministry and the local pastor, (Carlos Garzon) who brought them, simply because we came to serve. The principal was immensely grateful.

I was visiting with Pastor Carlos in La Vega and we took a trip to Nocaima, their daughter congregation where we are rebuilding the structure. It was amazing to see the progress. The church sanctuary that would be hard pressed to fit 50 people before, now has room for 120+ and the parsonage is going up on the 2nd floor.

But it was on the return trip that Pastor Carlos told me the story that left me crying on the roadside.

Last year was a tough one for the church, yes the usual Covid issues that have plagued all of us, but the church itself did well financially and God opened up amazing provision so that they could help their community.

However, over the last year and a half they also had to deal with several lawsuits and civil complaints, mostly nuisance suits that can happen in Colombia, but one threatened to close their church’s Mission Life Christian School, for good.

The Lawyer and the Lord

A certain “lady” that makes her living from lawsuits decided that she was going to shut down the Mission Life School by suing them for all she could. After all, she had had great success with suing other entities – that would pay her just to go away and she knew people in government.

However, as time and the case went on things kept on going in the churches favour, so much so she loudly declared to anyone who would listen that the church was bribing government officials to take their side. It was messy.

Until the last hearing, the hearing where one government official had the power with a stroke of his pen and a signature, to find in her favour and close the Mission Life School for good – a government official who had once been a school principal and remembered the outreach teams that came to his school to serve. He remembered the pastor who brought them.  He remembered gratitude and he signed the papers; case dismissed!!!

And that my friend left me by the roadside crying in gratitude, unable to drive, while I processed the miracle that God had done – using a bunch of “Gringos” just trying to serve Jesus and the community, to save a Christian school two years after the last group had left. It is a story that only God could orchestrate and one that I am privileged to tell, if only in a staggered fashion.

Do you wonder if the good you are doing today will have any effect? Keep doing good. You may be breaking ground for someone’s breakthrough that will leave you crying by the roadside some day.

Do you need God’s intervention? Please join the conversation by leaving a comment at the bottom of this post and let us know how we can pray.