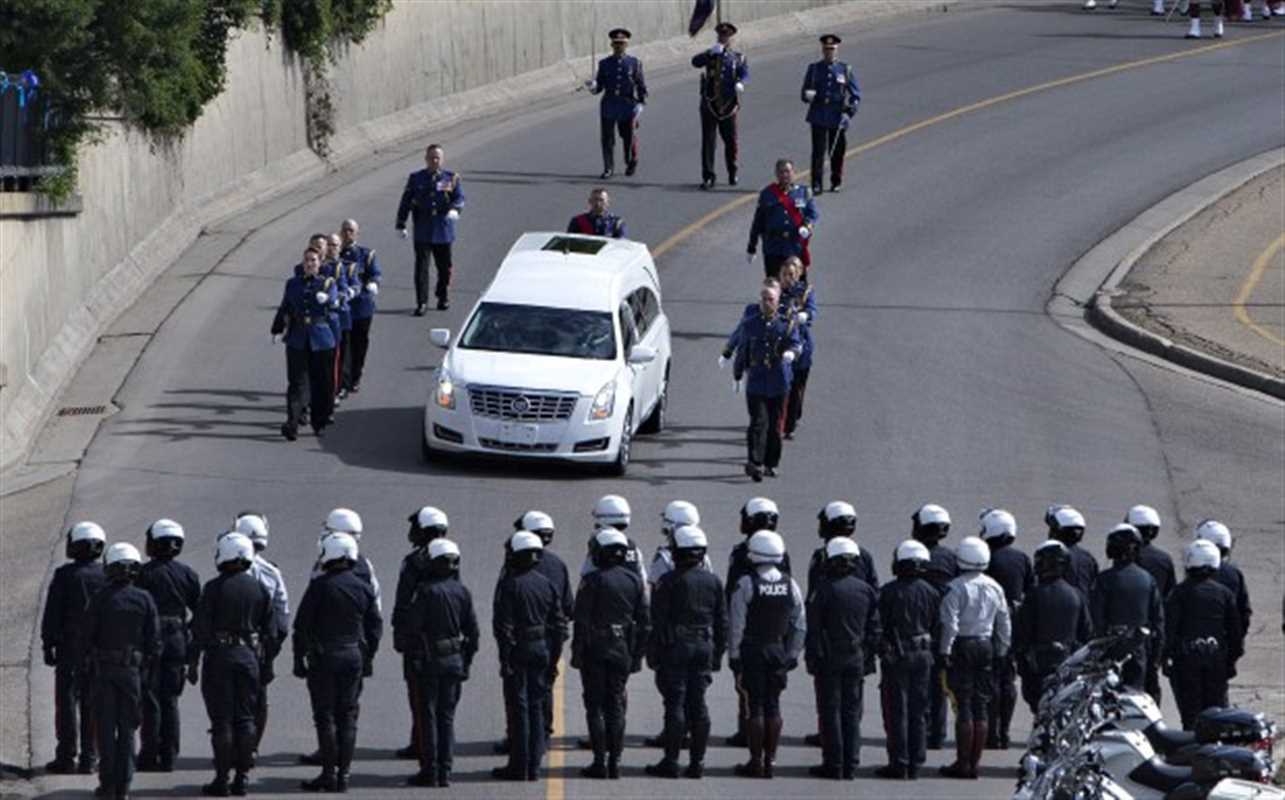 IN THE LINE OF DUTY

Thousands of police officers from across Canada and around the world marched through the streets of downtown Edmonton to honour Cst. Daniel Woodall of the Edmonton Police Service, a husband and father of two, slain in the line of duty.

Our office staff at North Pointe paused to watch the highly emotional funeral service via CTV News. One of the EPS officers from our church family was a pall bearer. Members of the EPS, Alberta Sheriffs and the RCMP from the North Pointe family and our Jones family were in attendance at the Shaw Conference Centre, site of the funeral. My friend, Rev. Lawrence Peck was the officiating minister.

THE SOURCES OF COMFORT

In the grief and mourning of the moment, it was the words of Jesus from the Bible, prayers to God and the sounds of “Amazing Grace” on the bagpipes of four regimental bands that were the chosen sources of comfort.

In an era of public prayers being silenced at governmental functions, when help is most needed it is to God that we turn. “Our help is in the name of the Lord, the Maker of heaven and earth.” (Psalm 124:8)

Daniel Woodall crossed an ocean blue to come to Edmonton. Today you couldn’t cross a street in Edmonton without seeing an ocean of blue ribbons and shirts in his honor. He wore the values of the EPS on his shoulders and in his life.

Integrity – Doing the right things for the right reasons all the time.

Courage – Maintain strength in the face of our greatest challenges.

Community – Respect and honor the diverse communities that we are Dedicated to Protect and Proud to Serve. 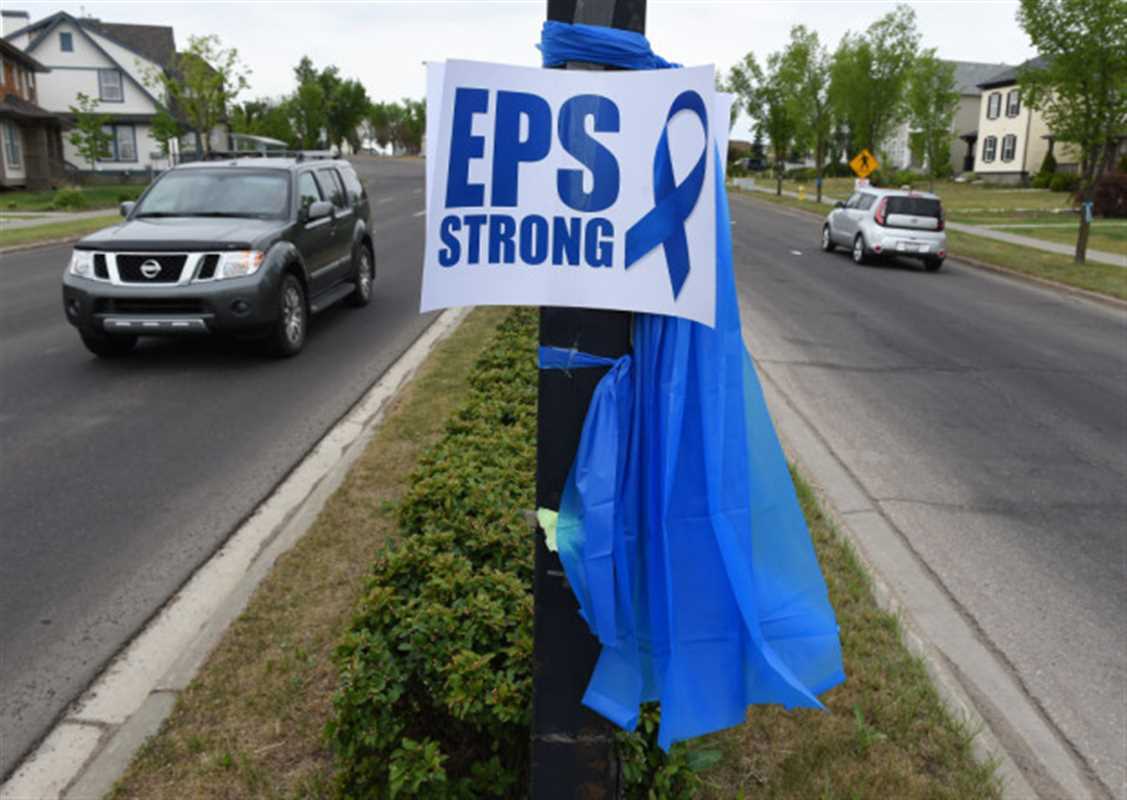 Cst Woodall’s community work with the Hate Crimes Unit cost him his life. It was while courageously serving an arrest warrant for a hate crime that he was murdered. His integrity as a peace officer in Great Britain and Canada put him in good stead with his peers and the people he was called to protect. 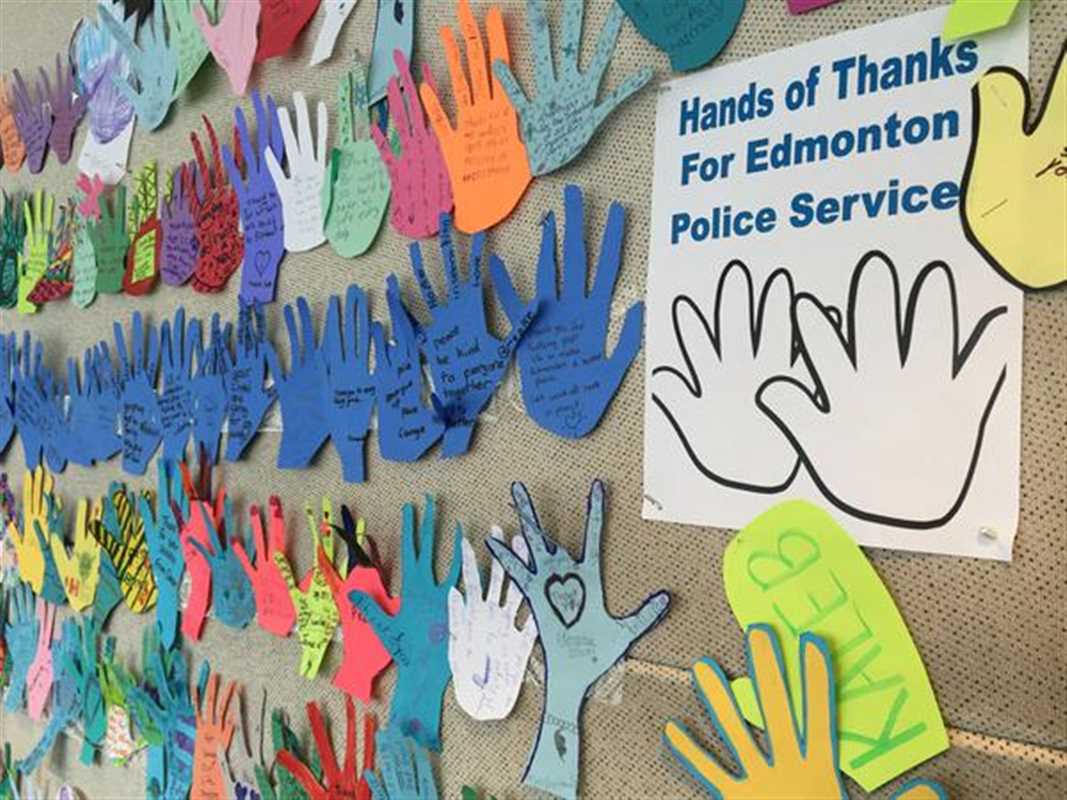 Cst. Woodall’s fellow officer and friend reminded us that “behind every great man is a woman.” Cst. Woodall’s widow, Claire, sat in the front row with a gracious smile and was lauded by the Chief of Police for the way she has helped others through this nightmare by her calming demeanor.

Claire wrote, “There are really no words great enough to express my love and gratitude to the City of Edmonton. You have shown so much love and support to myself, my family, and all first responders. We will be forever grateful. I am lucky to call Edmonton my home. Thank you. From my family to yours.” 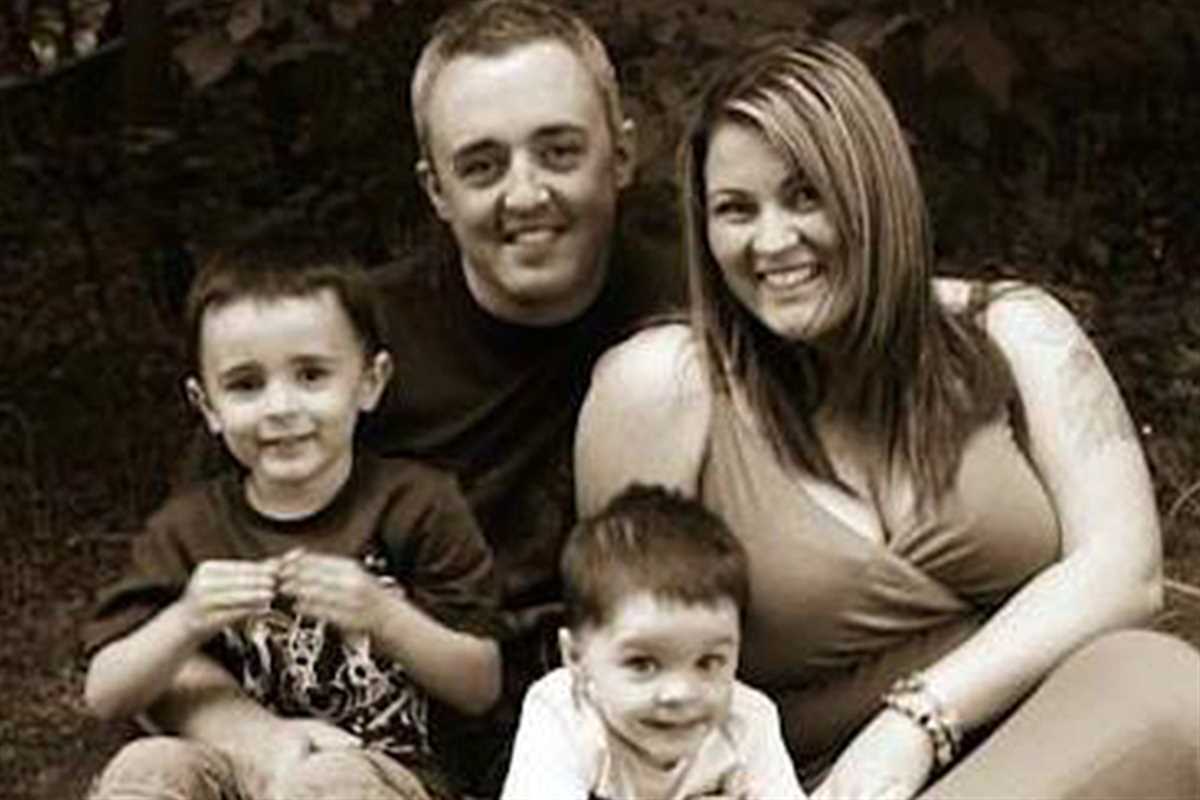 As Daniel was to Community, Integrity and Courage so Claire is to Grace.

In what was the most touching moment during the service for me, Cst Woodall’s sons, in an image eerily reminiscent of President John F. Kennedy’s son John Jr., marched proudly behind their father as their grandfather helped carry the casket. 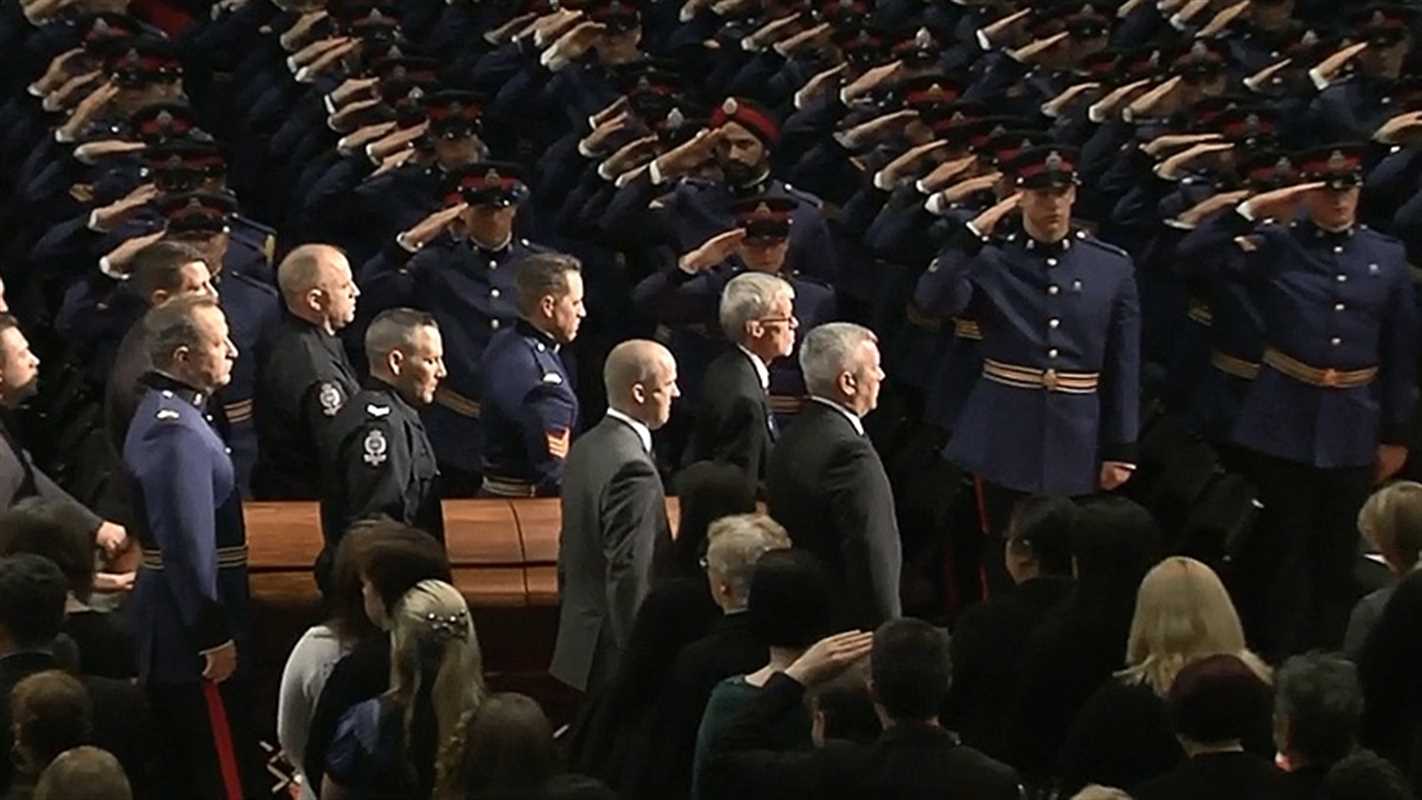 Rev. Lawrence Peck, Chaplain to the EPS, led the funeral procession and then led the service. Our connection goes back 43 years to Friday nights spent with friends in our family room just hanging out.

Two Ontario boys could never have imagined that we would serve in the ministry together in Edmonton, Alberta and he would occupy the biggest stage of his life in one the saddest moments in our city’s history.

Part of the following documentary was filmed at North Pointe.

Courage…Community…Integrity…Grace…qualities that will serve each of us well moving into a future with God’s help.

APPLICATION: Please share this story and pray for those who serve our communities. Please leave a comment below.