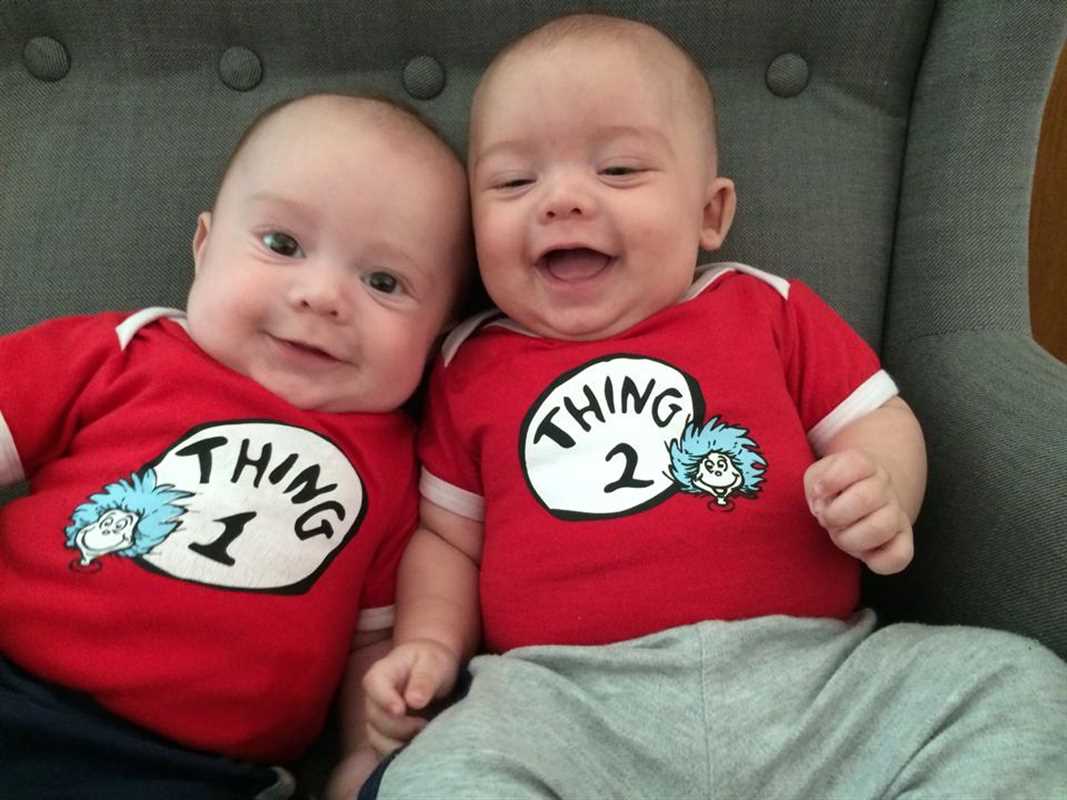 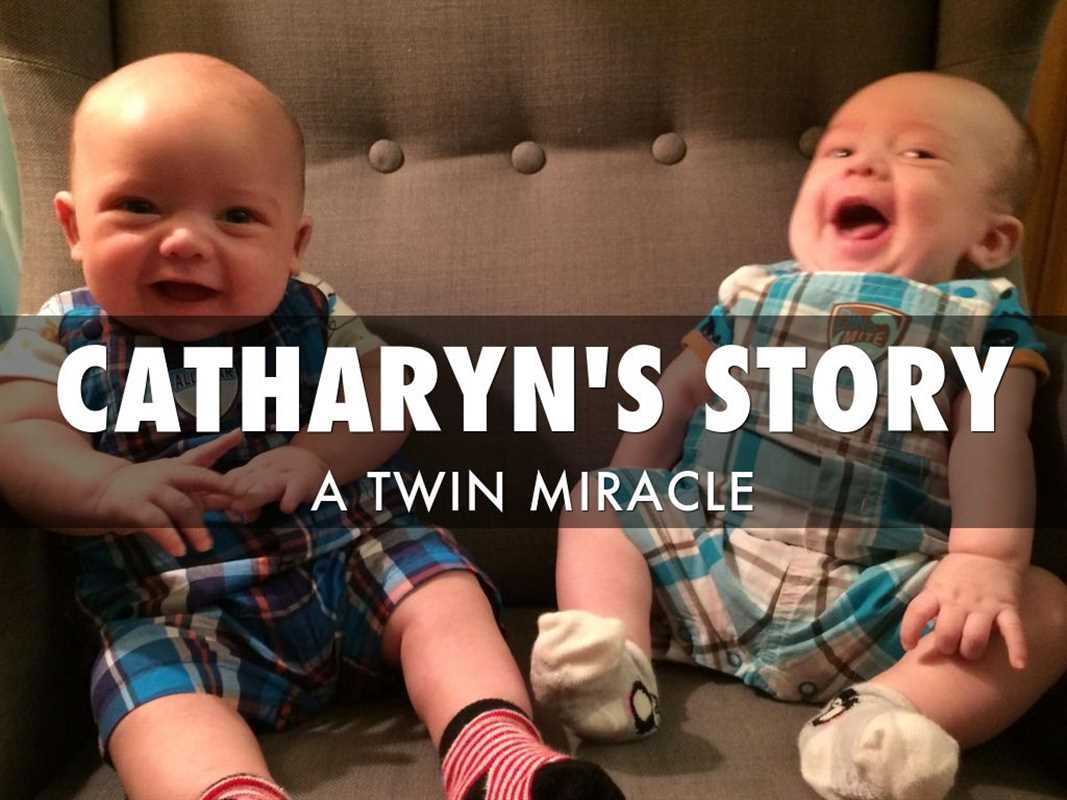 Catharyn Salazar’s doctor advised, “I recommend that you don’t go through with this process. There is only a 5% chance of success.”

Expensive treatments and repeated failures to get pregnant had brought her and her husband Oscar to this “last chance” process. Now this too, seemed futile.

When was God going to show up for them?

(At the end of this post is a video clip of the background behind Catharyn’s story. Filmed in May of 2012.)

Oscar and Catharyn had both wanted to have children long before they met each other. She thought that God had other plans for her when she still wasn’t married by 35. Then Oscar came into her life, and the dream revived itself.

They tried to get pregnant a year into their marriage. Nothing happened. They went to their doctor and after many months and testing, they found out Catharyn had polycystic ovarian syndrome, which caused her to not ovulate, as well as a bunch of other issues. They were referred to a fertility clinic.

Twice Catharyn became pregnant, but both times the pregnancies did not progress. In early February 2011 she tried a 3rd time.

Once again the process failed.

“I really struggled. I say I believe – that I can do it, that God can do it, but it wasn’t working for me. That is when my journey really started. I realized that surrendering to God is faith.”

She prayed, “God I give this all to you – all my desires, all of my dreams, all of my wishes, everything – I surrender it to you.” Sometimes she had to pray this with every breath she took. She resisted the lies going on in her head that God didn’t want good things for her.

Catharyn went through another process and became pregnant! There was hope. But her pregnancy lasted only six weeks. Then it ended.

On Sunday September 4th, 2011 she heard a young mom of three boys share her diagnosis of inoperable cancer. Here was a woman who had everything Catharyn wanted and now she faced losing it all.

That morning Kristen Fersovitch concluded her story by singing a song whose lyrics inspired Catharyn.

I’ve had questions, without answers
I’ve known sorrow, I have known pain
But there’s one thing, that I’ll cling to
You are faithful, Jesus you’re true

When hope is lost, I’ll call you Savior
When pain surrounds, I’ll call you healer
When silence falls, you’ll be the song within my heart.
(When The Tears Fall, Tim Hughes)

Eight months later Catharyn would get to sing with Kristen in “A Night of Worship,” at North Pointe Community Church. She shared her faith journey that night. Being a very private person, this was a big step for her. She overcame her reservations because she wanted to share what she’d learned about faith and hope. 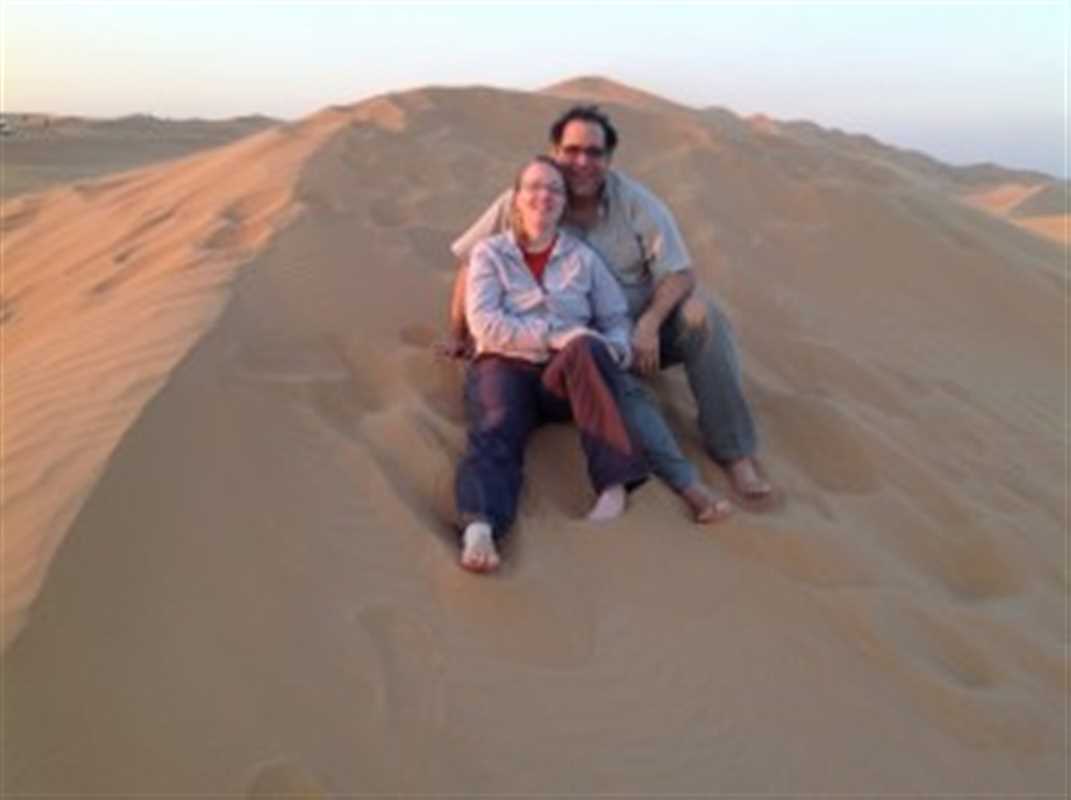 In February 2013, Catharyn and Oscar moved to Saudi Arabia to follow a job lead for Oscar. Saudi provided less expensive fertility treatments so they tried in vitro fertilization and once again tested positive. Then, once again, eight weeks into the process, she wasn’t pregnant. They were so disappointed and discouraged.

“I needed to do nothing the next few months. Emotionally I just couldn’t handle it. I cried out to God, asking why it hadn’t worked again? Why did He give me the dream of being a mum, of having my own children and then not fulfill that dream?”

It was during this break time that Catharyn started to research what the Bible said about fertility and children. She went on a Daniel fast. She studied and prayed and studied some more. She was going to ‘knock’, ‘seek’ and ‘ask’, expecting a yes, until there was either a yes or a definite no. This God’s way preparing her for Him to show up.

Its April 2014 and the doctor is telling Catharyn about her 5% chance to get pregnant. She says, “I heard another voice, ‘I take the weak things of this world and make them strong.’ I turned to the doctor and said. ‘No, we are going to go through with it, continue on in the process.’

So the doctor implanted the eggs, and the waiting started.

Catharyn became pregnant again. This time with twins! After many ups and downs during her pregnancy she entered hospital on December 13th. By 4:00am the next morning she was being prepared to deliver. 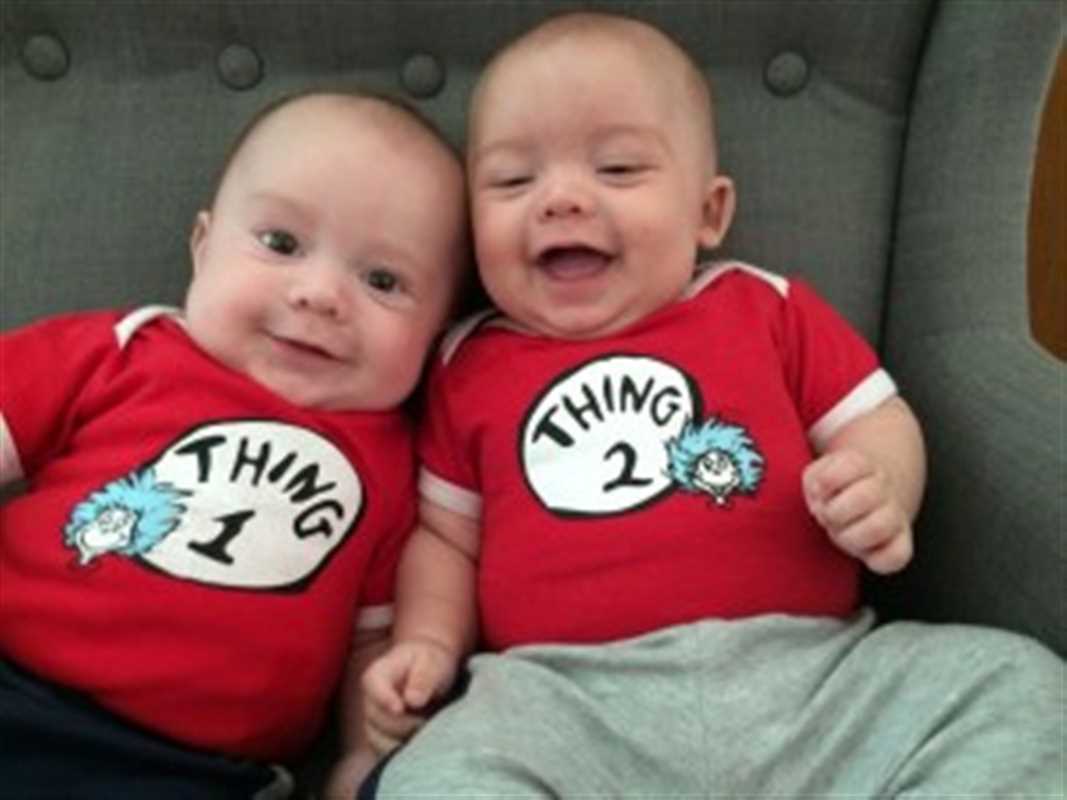 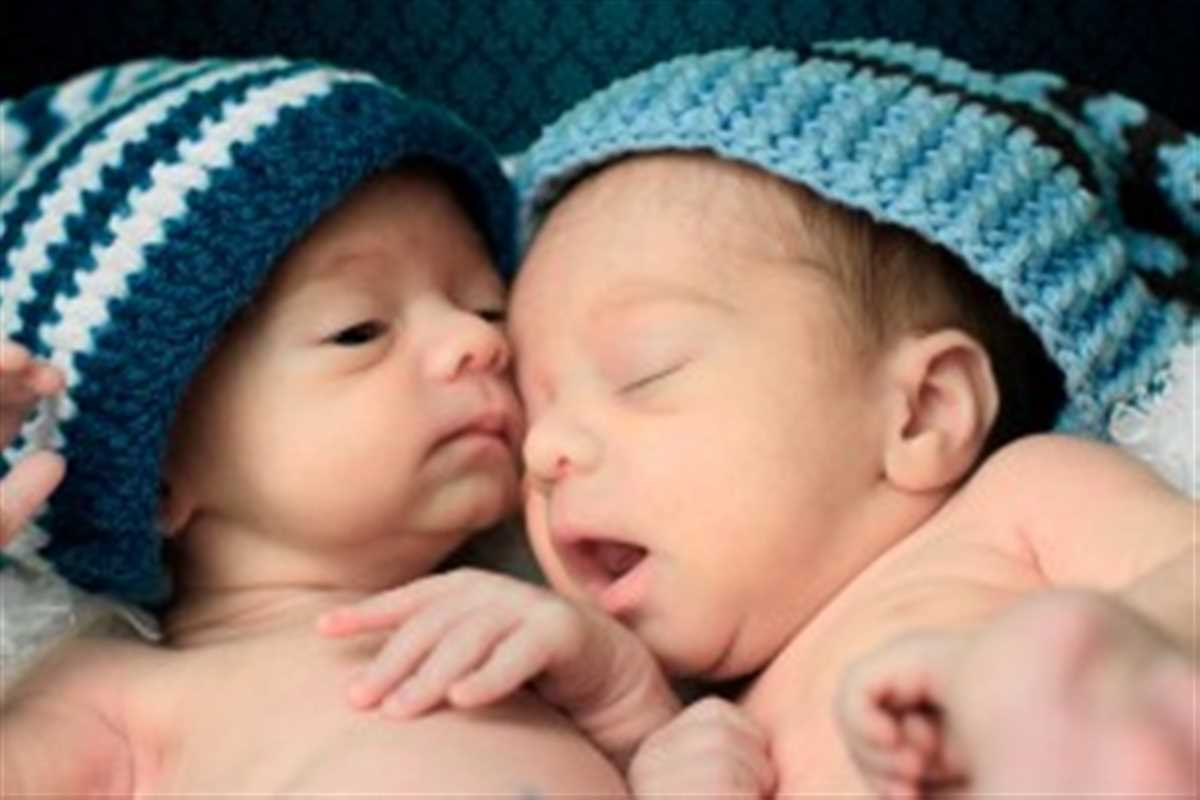 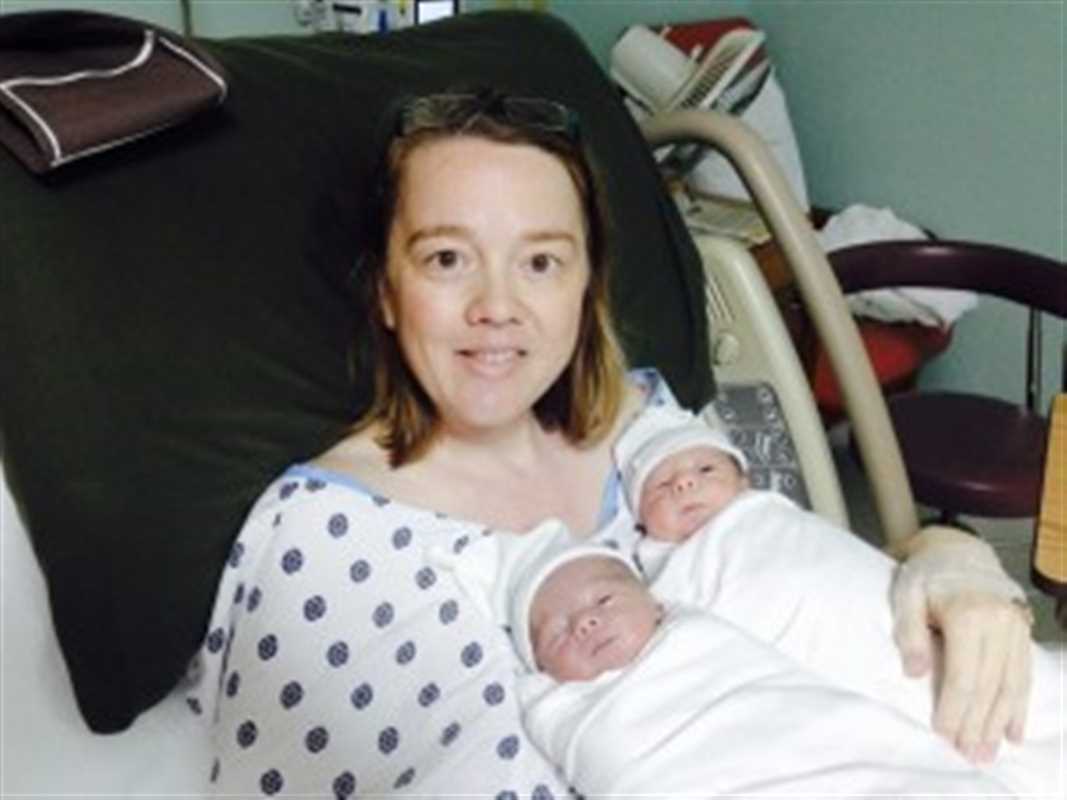 “At 4:30 I started pushing, and at 4:51, Daniel Jeorge was born. As I was pushing Daniel out, the nurse did an ultrasound to see where baby ‘B’ was, and he was following behind Daniel. At 4:59, Josiah Louis was born. Both perfect in every way. The mid-wife that had been there through the whole process said it could not have been more textbook perfect.

“Our sons are the manifestation of God’s goodness, his thoughtfulness, his lovingkindness, and above all how much he cares for us, to grant us the dreams and desires of our heart, not just once but twice … PRAISE THE LORD!!!!”

Catharyn’s biggest lesson in her whole journey? Learning to surrender to God.

“God is totally with us, if we allow Him.”

APPLICATION: Please leave a comment for Catharyn and share this good news story on your FB page. Thank you.