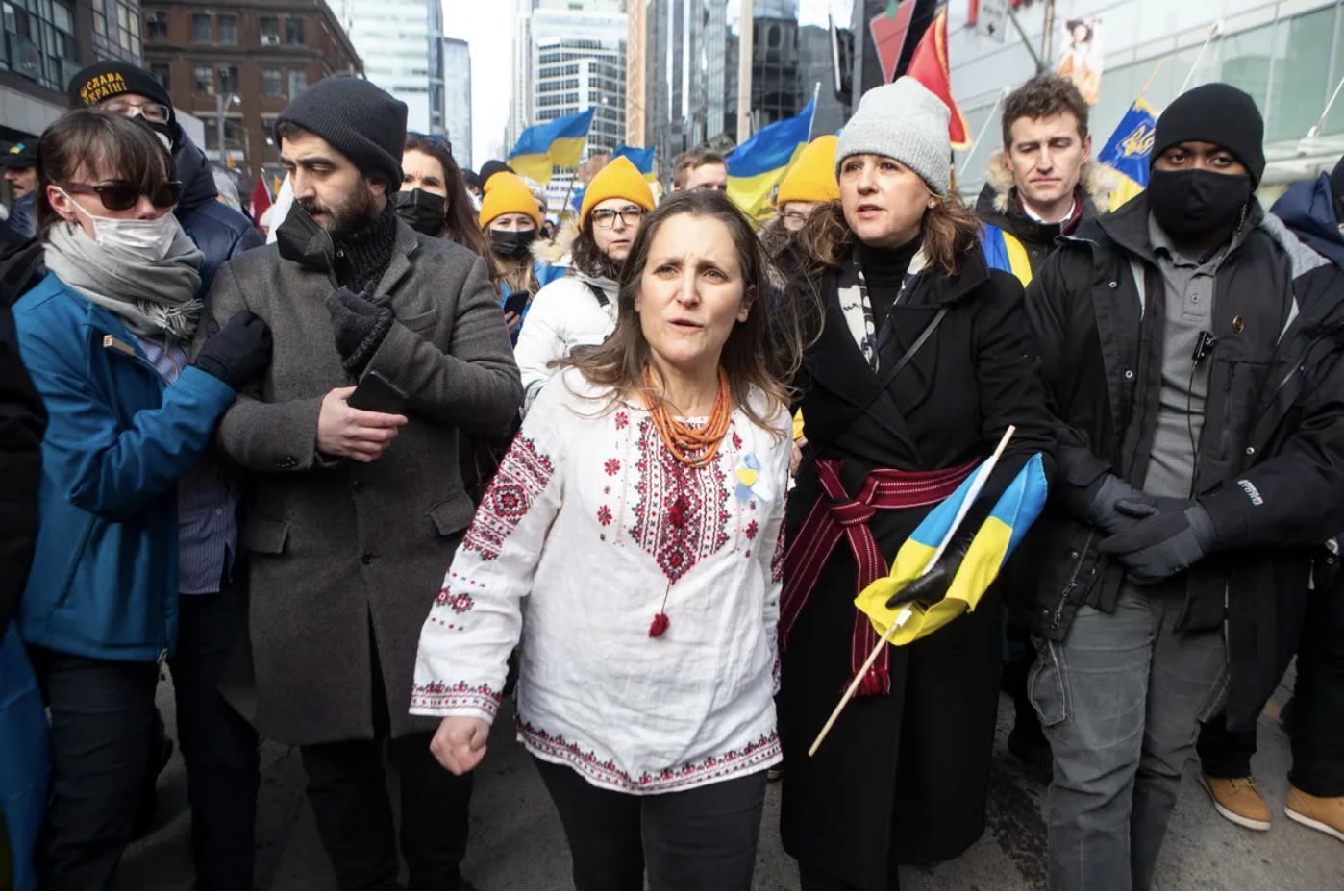 Canadians On Guard For Ukraine

We are witnesses to a level of global unity against an aggressor that is unprecedented in our lifetimes and Canada is at the forefront.

Is there a foreign leader better positioned than Deputy Prime Minister Chrystia Freeland? Volodymyr Zelenskyy is the Ukrainian Churchill. Freeland is the Canadian Roosevelt.  She is articulating Canada’s response to Russia’s invasion of her Ukrainian homeland with a passionate resolve. Ms Freeland is the right person in the right place. There is a sense that she is fighting for her life.

The Deputy Prime Minister played a key role in getting sanctions on Russia’s central bank in place. She has been a leading voice against Russian aggression as a vocal member of the country’s large Ukrainian community.

This humanitarian horror is no time for partisan politics. Over one million people fled Ukraine in the first week. Leaders in the Canadian government have made it easy to rally round their use of our tax dollars.

We stand with Ukraine.

We stand with Freeland.

On February 22nd, Canada shipped $7.8 million worth of lethal weapons, including handguns, machine-guns and carbines.

Canada offered a loan of up to $500 million to the Government of Ukraine.

Canada targeted 62 individuals and entities, including members of the Russian elite, their family members and major Russian banks.

Canada directed financial firepower at members of the Russian Security Council, including the country’s defence, finance and justice ministers.

provided $100 million in funding for humanitarian assistance for the people of Ukraine and those who have been forced to flee to neighbouring countries.

The people of Ukraine are today showing the incredible strength of a free people fighting for their democracy.

What can you do? Jocelyn and I are helping children, thrown into chaos. Their classrooms have been replaced by bomb shelters. Their playgrounds have become battlefields. The hard ground has become their beds. You can send support through Emergency Relief and Development Overseas.