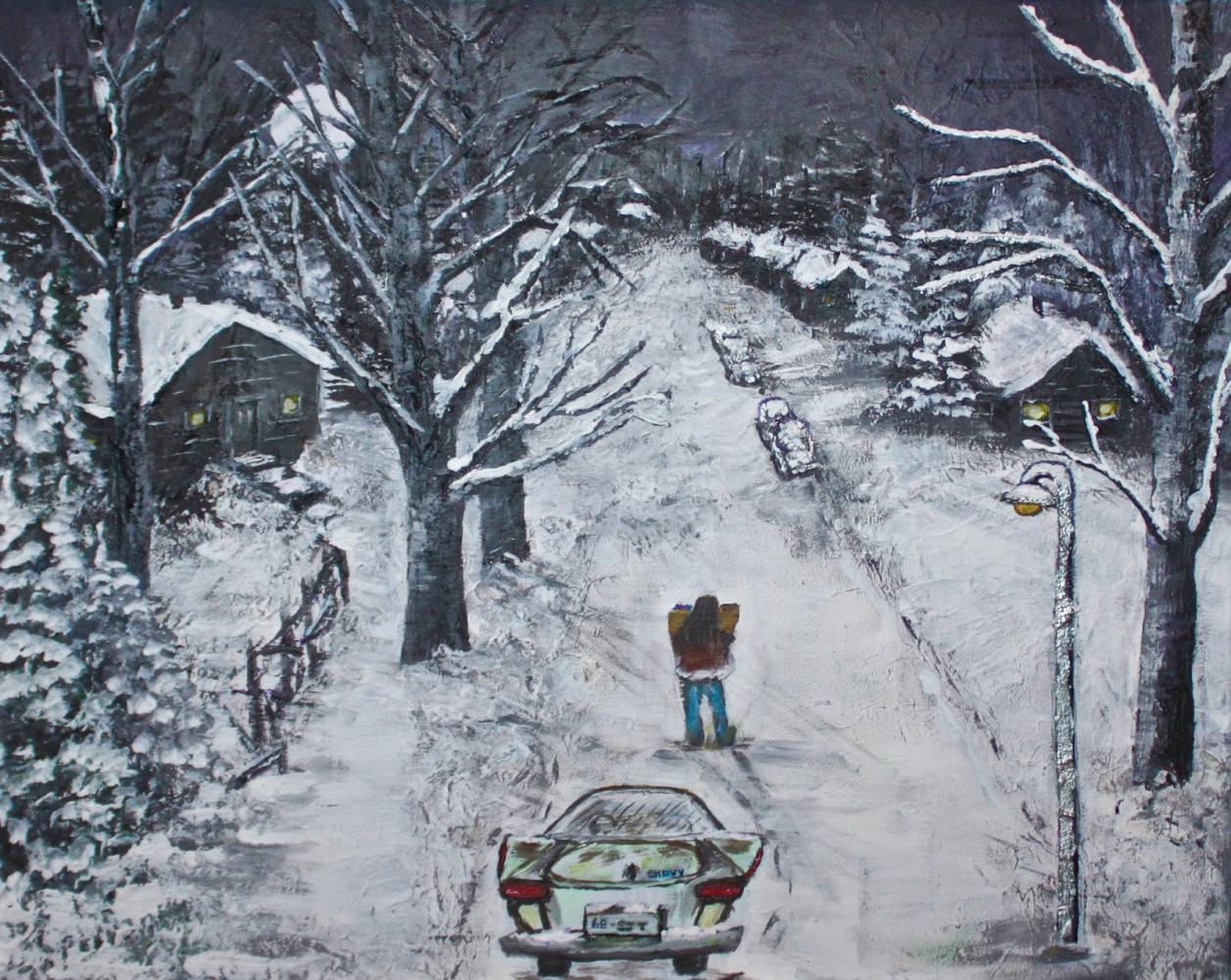 A Creature Was Stirring 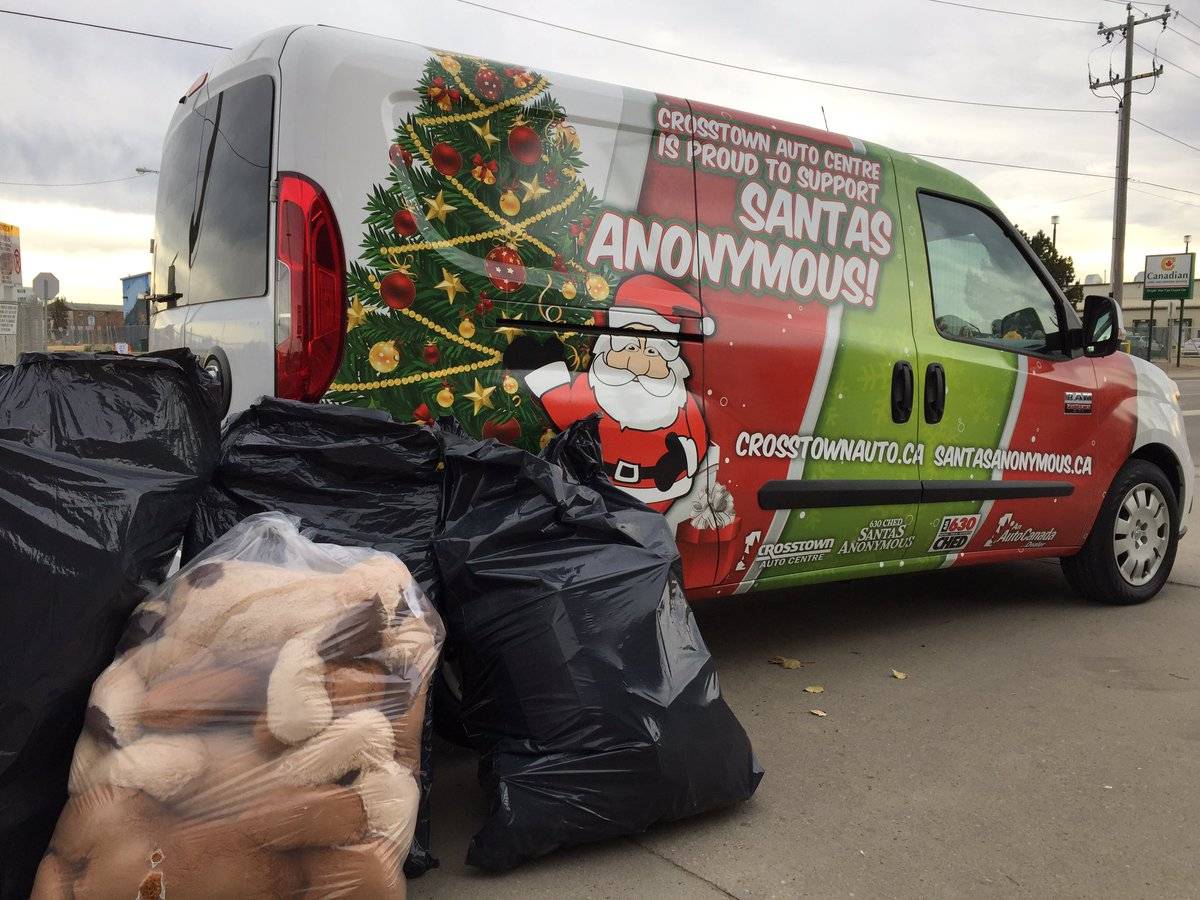 “His hair was shoulder-length, his youthful face hid behind an abundance of shaggy beard. Over tight, faded blue jeans and an old, bulky knit, he had thrown his pride and joy — a sheepskin wrap.”

Where were you when you first heard Jerry Forbes reading A Creature Was Stirring? For me it was December 1990, in our ’82 Cutlass Sierra, the radio dial tuned to Edmonton’s 630 CHED.

Our family moved to Edmonton that August. We never heard of Santas Anonymous or Jerry Forbes. After listening to – or more accurately, experiencing – the recording, I would never forget it.

Forbes first aired what has become a Christmas classic in 1966.

His piece of creative writing – a mere 631 words – never ceases to inspire a smile or a tear. Without fail, every Christmastime for the past 28 years, the story airs on my car radio at just the moment I need to be reminded of the power of kindness.

Forbes, the founder of 630 CHED’s Santas Anonymous, had a goal that no child should go without a toy at Christmas. In 1955, Santas Anonymous delivered toys to about 600 children — in 2018 over 25,000 kids will receive toys, thanks to the generosity of Edmontonians.

Jerry Forbes passed away in 1981, but his son Marty — and Marty’s family — have continued the Forbes’ tradition of philanthropy.

Marty and I met through serving on the Board of the John Cameron Changing Lives Foundation and with The Edmonton Singing Christmas Tree.

Whenever I’ve needed assistance from the media for help with a good cause, Marty has generously responded. He was the reason CTV made Janaya Chekowski’s dream of a personal concert come true at North Pointe in 2018.

Marty, like his dad, spreads generous helpings of Christmas joy where most needed. Read or listen to Jerry Forbe’s A Creature Was Stirring. 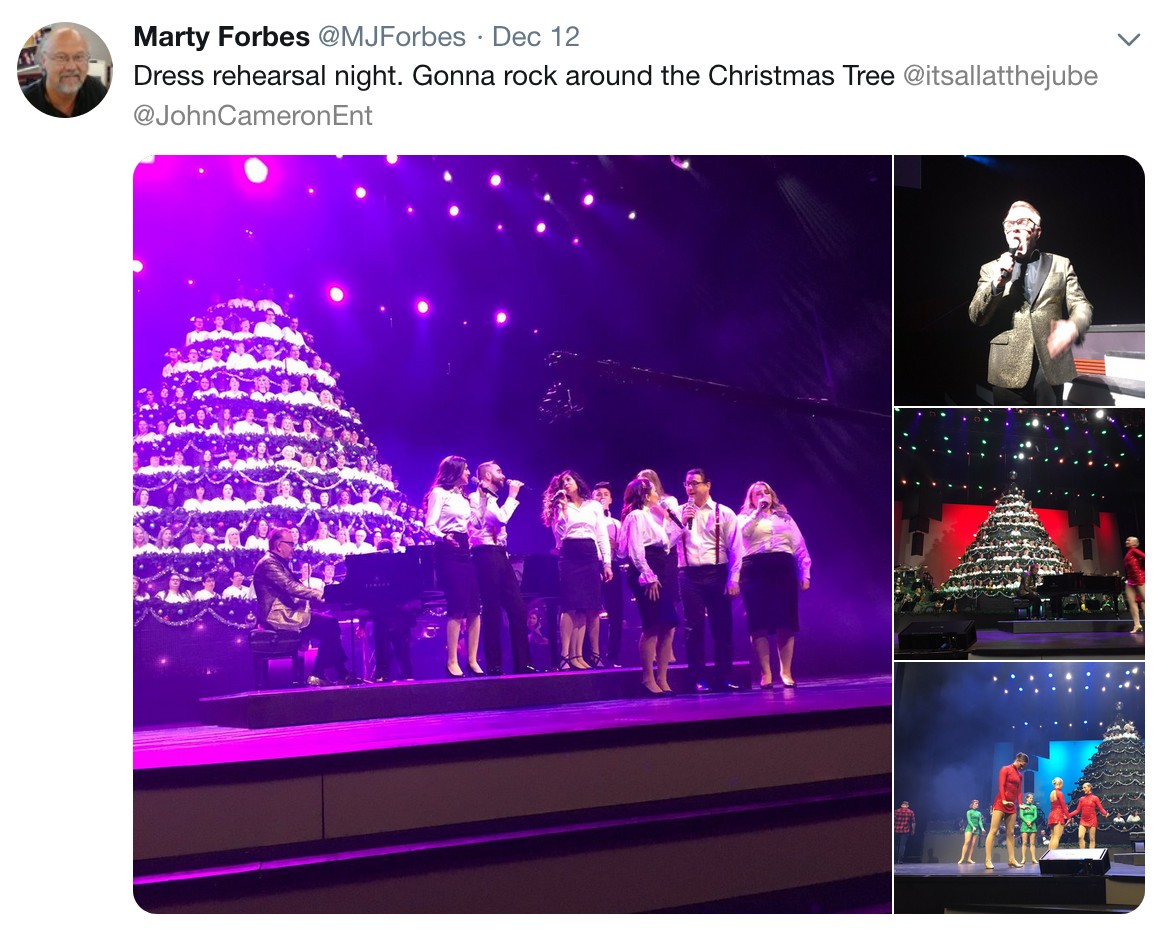 His hair was shoulder-length, his youthful face hid behind an abundance of shaggy beard.

Over tight, faded blue jeans and an old, bulky knit, he had thrown his pride and joy — a sheepskin wrap.

It had a hole in the centre through which he put his head. It was without arms, fell front and back down past his waist to his mid-thigh and it was gathered at the waist with a chain.

His ’68 Chevy moved slowly through the streets. It stopped , then started again, making a u-turn at the corner as the driver gazed through the darkness of the night to view the street markers. He was unfamiliar territory.

The houses were one-room frame and most of them were bare of paint.

Lights were few and glowed softly behind polythene which substituted for storm windows. Up one side of the deserted street and down the other. Then on to the next block the old Chevy made it’s way.

The door opened and the young man with the long hair and with the beard and faded jeans and the sheepskin coat got out of the passenger side and walked to the gate of the house that was a duplicate of all those around it.

He walked slowly up the walk trying to see the house numbers through the dark. He read them. Satisfied that this was the place he returned to his car opened the trunk and removed two large brown shopping bags like they use in the supermarket.

He returned to the front door of the old house and knocked gently.

No answer. He knocked again. Then he heard the sound of children. The door opened and in a brief second through the dim light inside he saw poverty at Christmastime. The floor was bare. Three little children were playing there with an old cardboard box. The kitchen table was covered with tattered oil cloth and surrounded by four wooden chairs.

A double bed sat in one corner, sagging but neatly made and a small electric stove sat against the wall. A young woman, perhaps in her late twenties, but looking tired and older than her years, came to the door scooping up the smallest child as she did. The other child who opened the door looked at the stranger outside and then stepped back glancing quickly at her mother.

These are gifts for the little ones from Santas Anonymous,” the young man said. The mother looked a long moment at the long-haired, bearded youth with the outlandish sheepskin jacket. She took the two shopping bags filled with gaily wrapped Christmas gifts. She sat the baby down on the floor again and quickly looked at the bright display of parcels.

Her eyes welled up with tears and she could bring herself to say only an almost inaudible, “Thank you.”

“You’re welcome, mam,” the youth said as he turned to go “and have a very Merry Christmas.”

And then it happened.

Just as his foot hit the top step of the old porch, as the door was about to close behind him, a small child’s voice said, “Mommy, was that Jesus?”

It hit trip hammer hard and the young man stopped for the briefest moment. His chin dropped to his chest. And an almost overwhelming emotion swept through him.

He walked slowly now to his ancient car, crawled in behind the wheel, sat there for a moment trying to get a deep breath. He wiped a tear off is bearded cheek and drove off into the night.

It hadn’t happened before. It might not ever happen again. But that small child in that small house on Maple Street gave this strange lad in the sheepskin coat the most beautiful Christmas gift he had ever received.

Do you love this story too? Please share it around. Merry Christmas.