A 13 Year Old Will Lead Them 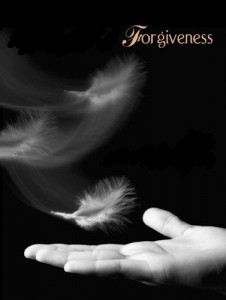 Are your beliefs consistent to the core?
Jesus, from the cross, said, “Father, forgive them for they don’t know what they are doing.” (Luke 23:34) To us this makes little sense. His death was no accident; it was murder. But Jesus forgave. Profound. Forgiving goes right to the core of a belief in Jesus.
Two days ago (Tuesday September 18th) a little girl stood at the front of a hushed Ottawa courtroom, ready to tell the convicted killer who repeatedly raped her before murdering a police officer that she was prepared to forgive him, just like Jesus would.
She was 10 when she was raped. The now 13-year-old made it through just two sentences before breaking down in tears. A detective wrapped her arm around the girl and finished reading the child’s statement.
“Jesus had people who betrayed him, tortured him, defied him, hurt him and, in the end, killed him. But he always forgave them. Each and every one of them,” the girl wrote.
“We should all take a lesson from Jesus and forgive. I am going to take an example from Jesus and forgive Kevin for what he has done to me,” she continued.
“So I will give the chance of forgiveness if you just say ‘Sorry,’ Kevin. It doesn’t have to be now, and it doesn’t have to be directly to me. You can even say it just to yourself, Kevin, but remember — I will forgive.”
Profound.
Just like Jesus.
Some people think there should be a warning, like those on TV, associated with forgiveness – “Don’t try this at home.” Forgiveness can be dangerous. Unforgiveness – moreso.