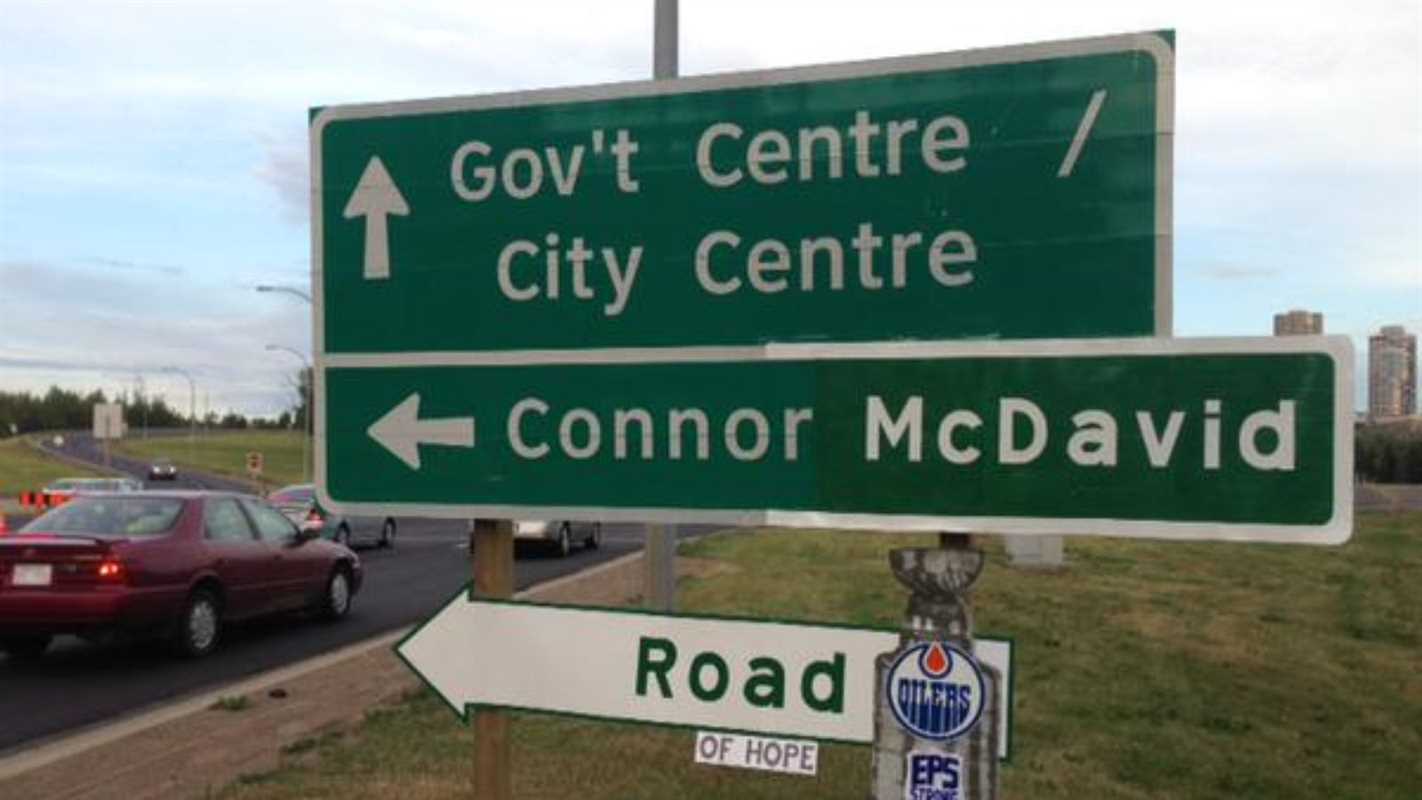 Will Connor McDavid break Twitter? That’s probably the only unanswered question about the NHL’s #1 draft pick. He’s already had an Edmonton street named after him and he hasn’t even broken a sweat in a copper and blue jersey.

He’s been anointed “The Next One” and Stanley Cup parade routes are filling the dreams of Oiler nation and city employees.

McDavid has also been called “Hope” not “Hype.” So in a year of HOPE at North Pointe, what can we learn about #97?

Brian McDavid, Connor’s dad – “He has been preparing for this for a long time. Right now, to me, it simply seems like the next step in his progression, but I am sure on Friday night when they call his name it will be very different. I will think about all of those 6 a.m. ice times I took him to when he was younger, and all of the sacrifices that have been made.”

Kelly McDavid, Connor’s mom – “What has happened in the last few months is hard to put into words. It has been a stressful, emotional and exciting experience. I am a little worried because he is going to be so far away. The thought of that leaves my stomach upset. As a mother, it is going to be hard.”

Don Cherry – “Connor McDavid has been magic for years.”

Erie Otters coach, Kris Knoblauch – “The fans in Edmonton are in for a treat. I’ve never seen anybody like him.”

Peter Chiarelli, Oilers GM – “He is a heck of player. He competes. He wins battles.”

Todd McLellan, Oilers Coach – “This is a special player. He has a special skill set that the fans are going to enjoy for a long time…It’s our job to get the most out of him in a real good environment.”

Oilers Captain, Andrew Ferrence – “In the history of the NHL, how many players have been so highly touted? There are not many. Probably only Crosby and him.”

“I will offer him a place to live if he needs a spot. I have a stable home and it will offer him a pretty normal atmosphere. As far as hockey goes, there is not a lot I could teach him. But I can help him with real-life stuff. That is where I can see myself connecting with him, as a guy who has been there and done that.”

Wayne Gretzky – “I think he’s a special player, and I think Edmontonians are going to adopt him, and that he is going to love the city.”

Erie Otters GM, Sherry Bassin – “Everyone involved in this game knows what a superstar this young man is, but Connor stays humble throughout. His mentality is to get things done, and get them done the right way.  He carries special ability, but more importantly he is a special person with such high character.”

Bobby Orr, Connor’s agent – “We had a camp in Toronto where we brought prospects in to do drills – really difficult ones I’m not sure I could even do. I arrived a bit late and noticed this little guy on the ice and asked, ‘Who is that?’ Connor’s older brother had come to the camp and brought him along, and he was the one I was watching. My first thought was, ‘Wow, does that kid ever have great hands.’”

Bob and Stephanie Catalde, Connor’s billets in Erie – “The experience we had couldn’t have been better. Connor talks in terms of how he owes a debt of gratitude to myself and my wife, but I see it as the other way around.”

On game days, Catalde would don an apron, take over the kitchen, and prepare McDavid’s meals. The menu never varied: eight scrambled eggs with a heaping helping of fresh berries and a whole-grain bagel for breakfast, grilled chicken breast with brown rice and quinoa for dinner.

“The boy can eat,” Catalde says.

Afterward, McDavid would help clear off the dining room table. “My own kids wouldn’t do it, but he would get up and put his plate in the dishwasher every time,” Catalde says. “He has this ability that was passed down to him through his parents to keep everything grounded.”

David Staples, Edmonton Journal – “We’ve got the best attacking hockey player in the past decade coming to play for the Oilers at the same time as our spectacular new downtown arena is about to open. One wonders if a few years back an unearthly voice didn’t whisper to Oilers owner Daryl Katz and former Mayor Stephen Mandel in the middle of the night: “Build it and he will come.”

The last word goes to Bobby Orr – “The big thing with Connor and any of these kids is don’t ever lose the love of passion for the game. This game can’t be a job. I never looked at it as a job. I loved to go practice, loved to play.”

APPLICATION: How long will it take McDavid to get:

A street permanently named after him?

What role could someone from North Pointe have in seeing a personal relationship with Jesus grow in Connor McDavid’s life, everyday?